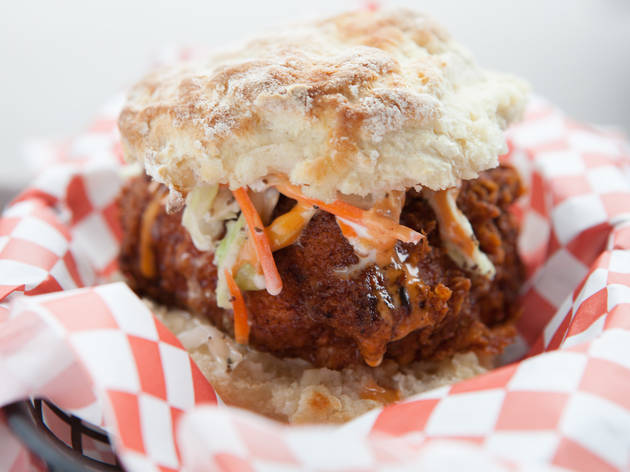 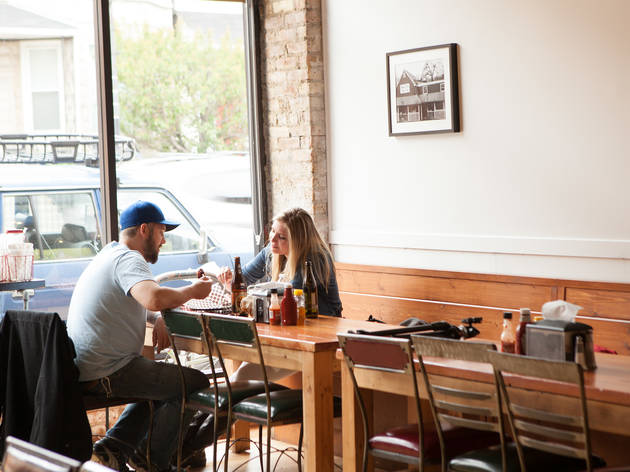 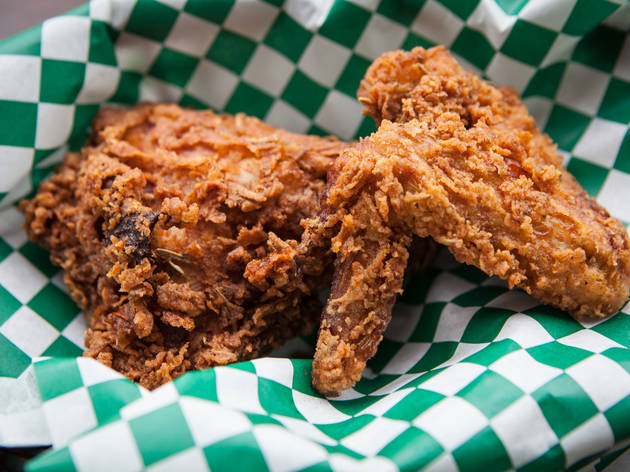 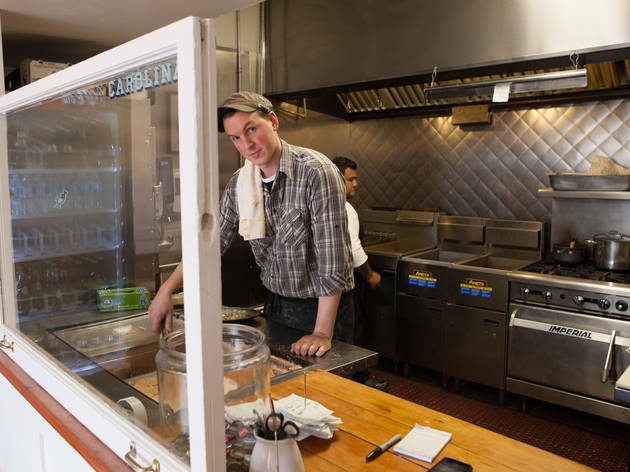 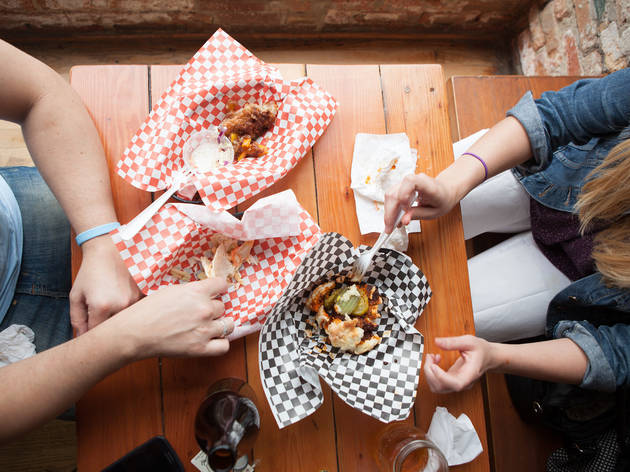 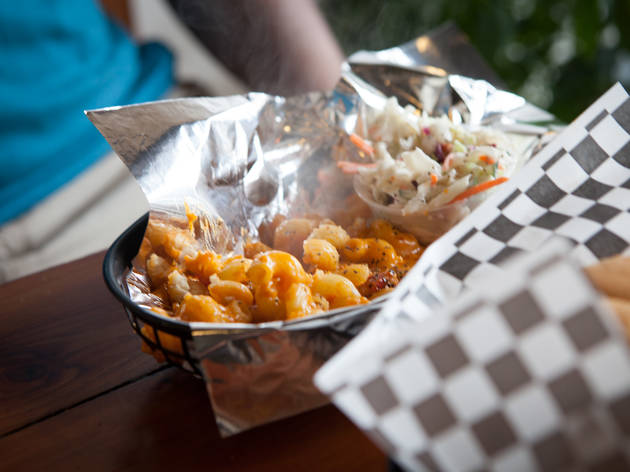 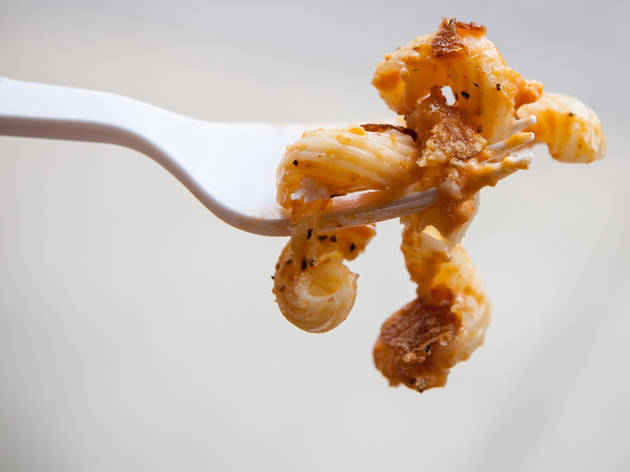 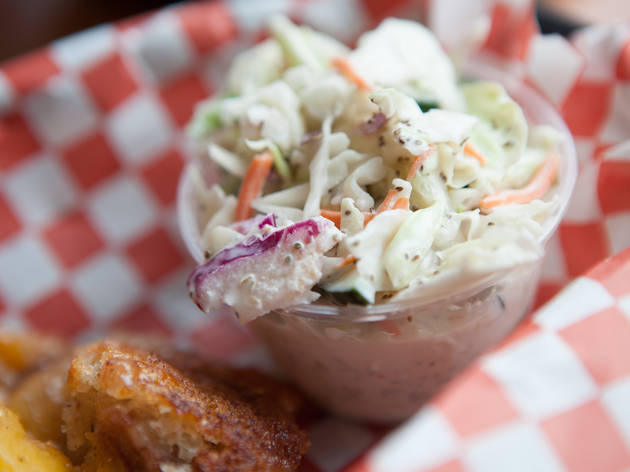 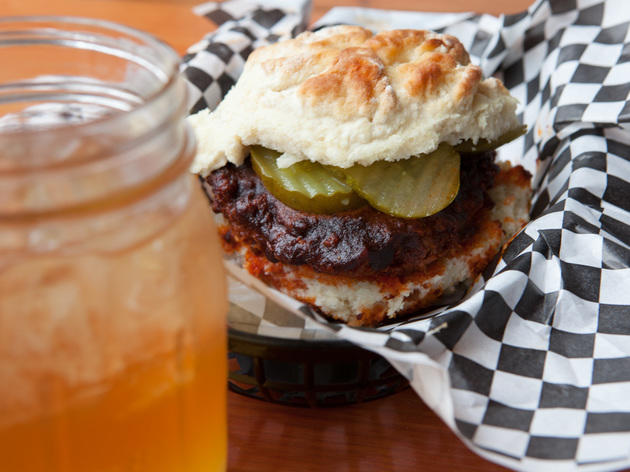 9/15
Photograph: Martha WilliamsNashville hot chicken sandwich on a buttermilk biscuit, and an Arnold Palmer at The Roost Carolina kitchen. 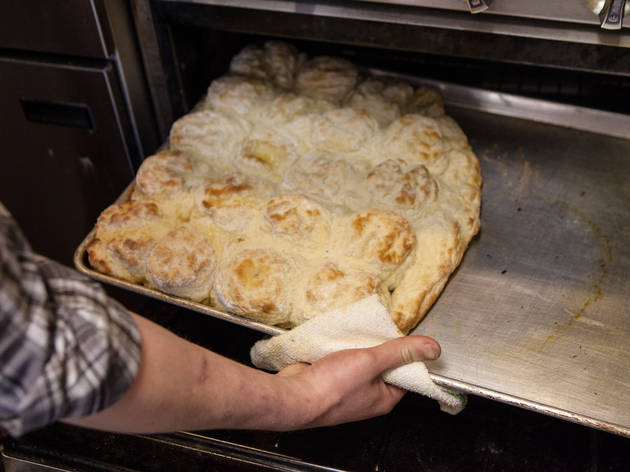 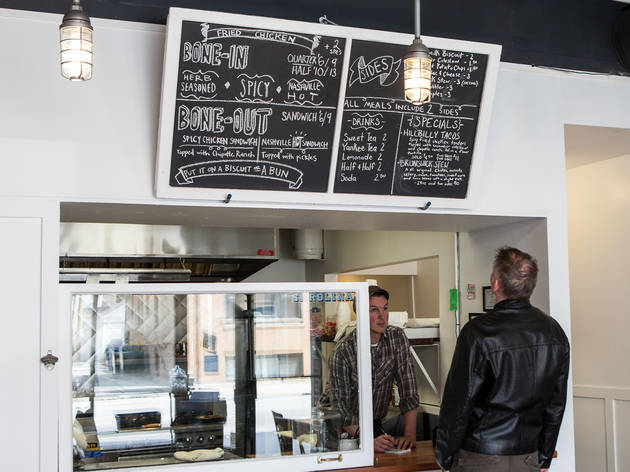 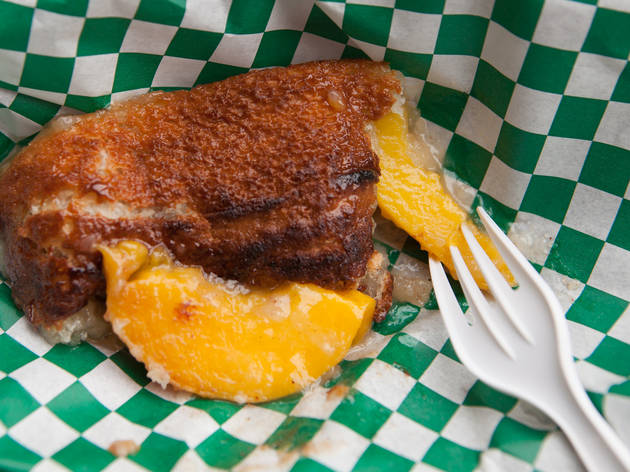 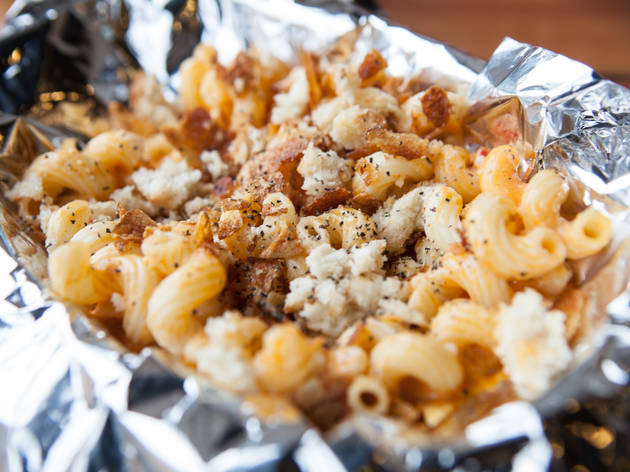 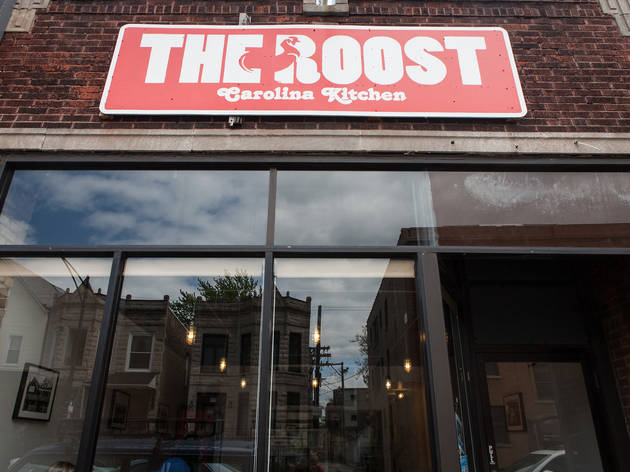 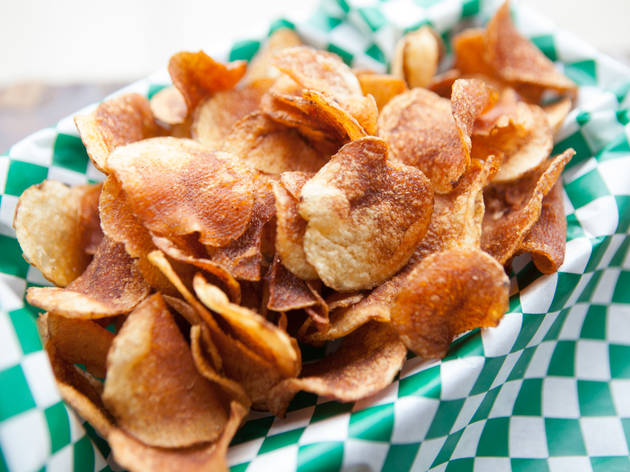 I was sitting at the Roost Carolina Kitchen recently when a couple wearing North Carolina T-shirts walked in.

“These are the best biscuits we’ve had outside of the South,” one of them told owner Joe Scroggs. “So we’re back for more.”

I get where they’re coming from—since the Roost, a food truck, opened a counter-service storefront in Lakeview in April, I’ve been there three times, each time returning (in part) for the buttery biscuits, which come with a plump piece of freshly fried chicken tucked inside, or as a side with an order of bone-in fried chicken.

Chicago is at the height of fried chicken mania—this week alone, we learned that Do-Rite Donuts is getting into the game by adding it to the menu at a forthcoming spot, and Lillie’s Q is adding a fried chicken take-out window. Just a few weeks ago, I reviewed Leghorn Chicken, a fried chicken sandwich place from the Element Collective crew. But with the opening of the Roost, we have one of our most promising contenders yet.

The Roost launched as a food truck in 2012, which means Scroggs has had time to perfect his chicken recipe. The boneless pieces are fried to order, and you can choose between a "Nashville hot" or "spicy" style, served on a roll or the aforementioned killer buttermilk biscuits. You won’t go wrong with either style—the Nashville is fiery and comes with a helping of pickles, while the spicy has a slight kick and chipotle ranch on top. The breading is light, the chicken is flavorful, and the biscuits press perfectly around the chicken so they won’t collapse into crumbs. If you don’t want a sandwich, order a quarter ($9) or half ($13) fried bird, available in Nashville, spicy or herb-seasoned, which comes with two sides and is just as good as its sandwich counterpart.

It gets better: Those biscuits are also available at breakfast, where they’re filled with fried chicken, a fried egg and cheese; sausage or bacon and an egg; or any combination thereof. Scroggs used a torch to melt a slice of cheddar over my chicken and egg biscuit, while the crisp bacon, egg and cheese biscuit was my surprise favorite.

At lunch and dinner, the biscuits are $6, or $9 with two sides, including mac and cheese, coleslaw, potato chips and peach cobbler, which is basically a peach dump cake. The sides are the weak link at Roost—they’re served in the same basket, so on one visit, my cake mingled with the mac and cheese. They’re also unremarkable. The slaw is better when you slap it on top of your sandwich for some crunch instead of as a stand-alone dish, and the mac and cheese was creamy but pretty bland.

No matter what time I went to the Roost, the affable Scroggs has been one of two employees there (this guy must never sleep). He’s from outside Chapel Hill, North Carolina, home of UNC and Time-Out, a late-night chicken biscuit spot that appears in a photo on the wall. There are other nods to Scroggs’s home state in the restaurant, including Carolina license plate napkin holders and a photo of Coach K in the bathroom defaced with black marker. But at the Roost, the greatest homage to the Tar Heel State is the food.