"Have an enchanted evening," gushed the attendant as the elevator doors closed. When they opened again and I looked out over the opulent lobby of the brand-new Langham hotel, it looked like it might just be true.

Walking into the lounge at Travelle, the restaurant in the Langham, seems like the perfect beginning for one of those enchanted evenings. The expensive hotel (the lowest priced room is about $400 per night) just opened in the Mies van der Rohe–designed IBM Building, and the lounge has an expansive view of the river, the city skyline and, off in the distance, the sun setting over Lake Michigan. Low-slung modern chairs and tables don't interrupt the view, and falling into one of them with a drink and watching the after-work crowd meander along the river is a genuine delight. The dining room at Travelle doesn't have quite the same grandeur as the lounge, but the understated decor perfectly sets off the bustling kitchen, which is encased in floor-to-ceiling soundproof glass.

It might have been an enchanted evening, if only the food lived up to the posh surroundings. The kitchen, helmed by chef Tim Graham (who got a Michelin star when he ran Tru) doesn't seem to have a handle on the huge, ambitious menu. That menu, which boasts more than 40 different dishes, lacks any sense of direction. At times, I wasn't quite sure where I was, and my tastebuds were definitely not enchanted.

Is Travelle a seafood restaurant? It has a full caviar menu, serves a crazy multi-course "seafood elevation" and is trying to make a name for itself as the first restaurant to serve "seacuterie," charcuterie made with seafood. But with only four fish entrees, the not-quite-seafood restaurant turns into a meat joint when you get to the main courses. You can get steaks (including a 28-ounce porterhouse for two), suckling pig or chicken.

I could have forgiven the eclecticism if the kitchen got any of these dishes right. When a night, especially at a possible seafood restaurant, begins with bad oysters, you quickly get a sense that whatever follows might also be trouble. And these oysters were terrible, a sloppily-shucked mix of West and East coast shells that, rather than smelling like a fresh salt breeze off of the sea, smelled like old fish washed up on a polluted beach. My dining companion, who has been known to slurp down three dozen oysters in one sitting, refused to eat more than two.

The much-publicized seacuterie was beautiful, presented on a board with mustard seeds, charred bread and pickled vegetables. But like Travelle's decor, once you got past the beauty, there wasn't much there. The bouillabaisse gelée smelled delicious but tasted like slightly fishy Jell-O, while the octopus was robbed of all of its native flavor and tasted like nothing more than strong spice rub.

Things don't get much better when you move onto the enormous appetizer selection. There’s crudo, flatbreads or "diminutive introductions" (don't be fooled; they're full-sized starters, despite the name), but skip these and move straight to the entrees. Saganaki wings, dramatically set on fire at the table for no particular reason, tasted fine, exactly like the sort of wings you would suck down at a sports bar while watching a game. There's certainly nothing wrong with that, but when those same wings cost $13 at a fine dining restaurant, they seem a bit out of place. A torched scallop crudo tasted of nothing but lemon. A sea urchin and crab tartine sounded great but consisted of a tiny hint of sea urchin on top of a huge pile of crab salad—there was just enough uni to tell your friends you ate sea urchin without actually having to taste it.

Things improve at Travelle when you get to the main courses, but not by much. The suckling pig was covered in such a thick cap of fat that it was difficult to eat, and neither the pig nor a halibut dish with carrots and pea shoots had much flavor to speak of. It's also worth keeping in mind that, by this point, the bill has likely crept as high as $200—by the end of the meal, especially if you partake of the exquisite (but $15) tea service, your meal for two will likely top $300.

Still, there is much to like about Travelle, so long as you aren't all that picky about what goes into your mouth. It’s clear that a significant amount of time was devoted to front of the house details, as the service is pitch perfect. And the wonderful pastry selection almost redeemed the meal—the incredibly smooth white chocolate mousse with feta and candied lemon might go on my list of the best desserts of the year. The cocktails are delicious, the wine-by-the-glass selection is extensive and the atmosphere can't be beat. But the food at fancy hotel restaurants in Chicago has gotten a serious kick in the pants in the last few years as owners realized that with all the dining options in River North, you won’t keep people at the hotel with a pretty name and high prices. Sable (in the Palomar), The Lobby(in the Peninsula), Allium (in the Four Seasons) and Sixteen (in Trump) have all gotten that memo. Until Travelle does, it'll remain another hotel afterthought with a beautiful view. 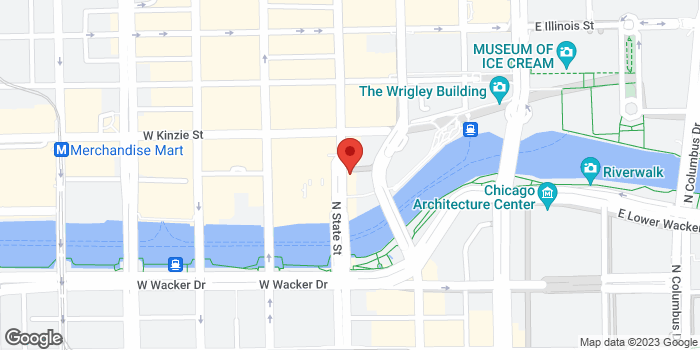