The shifts in Chicago’s culinary landscape over the past four to five years have been seismic. Chefs like Bayless, Elliot (Bowles) and Kim have gone decidedly downscale; midscale restaurants are the new special occasion spot.

So who still goes to Tru? A surprising range of people, it turns out, without enough overlap to really pinpoint a demographic. On one recent Friday night, Tru’s dining room included a dapper septuagenarian couple, a group of middle-aged businessmen and a baby-faced heir apparent who made a show of entering with his leggy Giselle look-alike. But for all its diversity, the crowd was clearly less “cool” than its timelessly modern surroundings, a room built for gallery openings, with 25-foot ceilings, stark-white walls and pinspot lighting focused on a Warhol, a Peter Halley and the center of each dining table. That’s how Rick Tramonto and Gale Gand designed it back in 1999, working with partner Rich Melman to ensure that the restaurant was the ultimate platform for the groundbreaking food the then-couple was putting out.

But Tramonto parted ways with Tru last summer for New Orleans, where he’s opening a restaurant in the Royal Sonesta Hotel with chef John Folse. And though Gand is still a partner, and still the face of Tru’s pastry program, not a single dessert on the menu is hers. They’re 30-year-old Anthony Martin’s, the man who was named executive chef in September 2009, and executive chef/partner in June 2010.

Martin worked under two European legends, Guenter Seeger and Joel Robuchon, and their intense attention to detail and technique was not lost on him. From the very first bite—a single gougère—it’s clear that this is a different Tru. Martin uses the amuse to set the tone, whispering that much of the whimsy of the Tramonto/Gand years is over—now, technique and execution will be the mantra of the meal.

Soup has never been as satiny as Martin’s celeriac version, which fills a moat surrounding a stately column carved out of potato. The column is filled with truffled potato puree then topped with a disc of crispy brique pastry. Shavings of black Truffle pound the luxury label home, while a sprinkling of edible gold leaf shouts fancy.

An indulgent finish is swapped out for a nouveau hallmark in the following course, a butternut squash broth dashed with curry powder and hiding bite-sized nubs of braised pumpkin, chestnuts and dates. The garnish is a foam made from the broth, textbook but a bit of a lost opportunity—it’s simply an airier version of the same flavor, rather than another note the sweet dish could have used.

Curry is about as crazy as Martin’s flavors get, and occasionally at Tru, subtlety becomes imperceptible. The server proclaims the supremely flaky cod filet was poached in duck fat, but it tastes of nothing but cod. The beautiful mussels velouté (stock with equal parts butter and flour) around the cod serves as a reminder that, yes, you’re eating seafood, and the little chanterelles dotting the dish bring texture and earthiness, but overall, this is a blink-and-you’d miss it experience. Ditto for the venison that follows, a familiar grouping of game loin, brussels sprouts, fresh currants and bacon. True, it’s far more delicate than any similar flavor combination you’ve likely had before, artfully plated with a surgeon’s precision. And true, each element is executed perfectly, showing off a culinary course of techniques in one dish. But again, it’s so restrained and careful not to overstep any boundaries that its impact disappears along with the cleared plate.

What will stick with you are the rare moments when Martin’s undeniable abilities combine with a fleeting glimpse of playfulness. That sturgeon “caviar” presented in the signature Tru tin doesn’t look like any fish eggs you’ve had before. That’s because Martin has smoked sturgeon, cooked it down with white wine and cream, strained it, added gelatin then dropped it into cold oil so that it forms tiny white pearls. Hiding beneath these in the tin is a layer of buttery avocado puree, bringing a brilliantly cool tang to the creamy, smoky fish. This things-are-not-what-they-seem excitement makes one more appearance, this time when servers arrive with a glass globe filled with powder. As they simultaneously add liquid, the powder instantly grows into “snow,” the base for a second glass nestled on top that contains layers of beef consommé gelée and cauliflower purée, crowned with a tiny snowman carved out of turnip and filled with Truffle mousse. It’s the same serving vessel Tramonto once used for his famed tartare, presented atop a fish bowl with a swimming betta, and Martin manages to pull off a similar effect: diners stop, stare, smile.

Dessert at Tru has always brought another playful element to the meal, whether it was Gand elevating childhood classics such as PB&J or meeting the challenge of turning a single seasonal ingredient like the apple into every texture and form imaginable. Few chefs can, or even want to, handle both savory and pastry, but Martin has taken the task head on, replacing Gand’s dessert menu with his own creations. The same precision he applies to his savory dishes extends to sweets, resulting in a flawless ganache-coated chocolate mousse, filled with coffee crème and paired with a scoop of coffee ice cream that sits on chicory dust, the crunchy toasted shavings adhering to each spoonful. In another dessert, perfect spheres of honeycrisp apples are dunked in wit-beer batter, fried and dusted in cinnamon sugar. They’re deceptively simple but impeccably greaseless. Still, with nothing more on the plate than a scoop of vanilla bean ice cream and a drizzle of vanilla anglaise, the dessert comes off as, well, vanilla. Of course, there’s an entire population out there who willingly choose vanilla at 31 Flavors, who enjoy the sound of silence and the beauty in white over color. And that’s exactly who goes to Tru 2011. 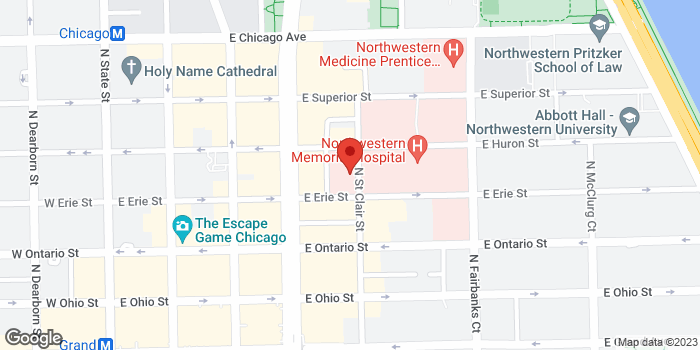