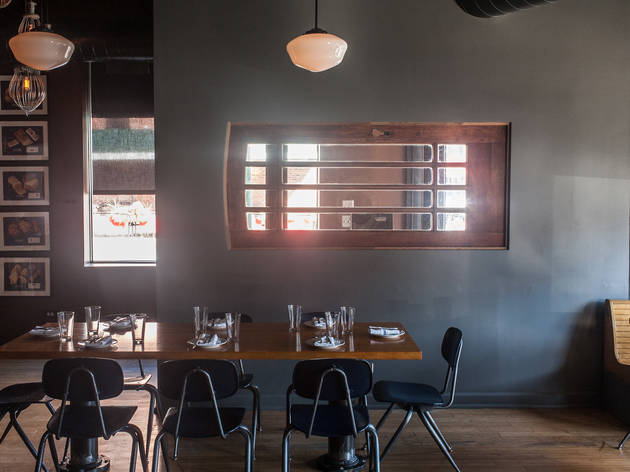 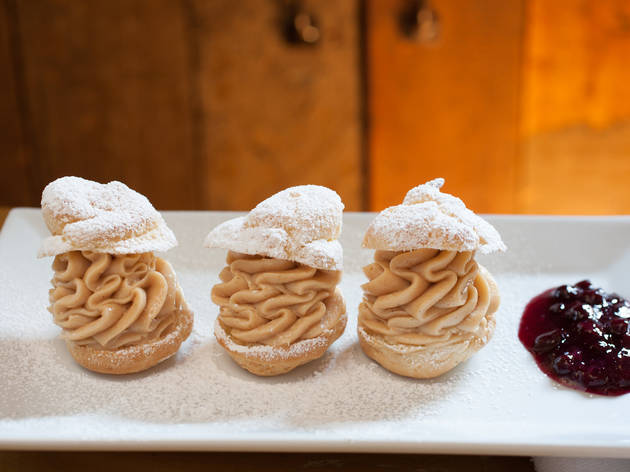 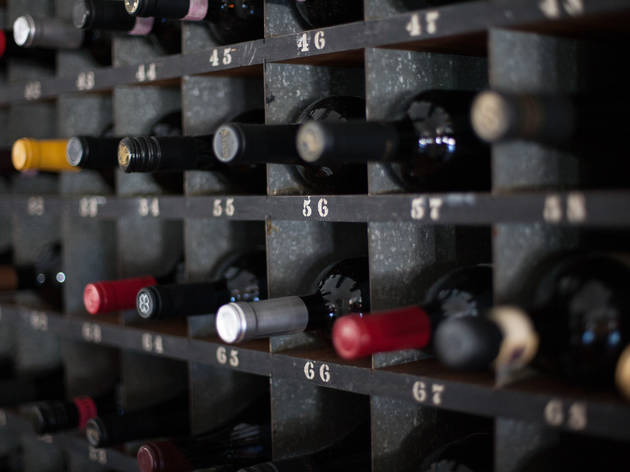 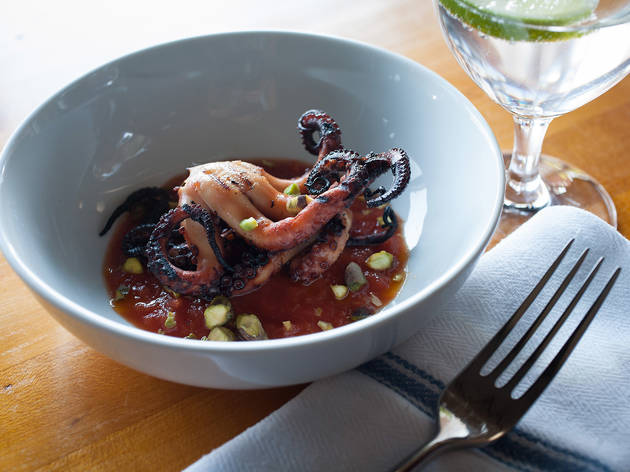 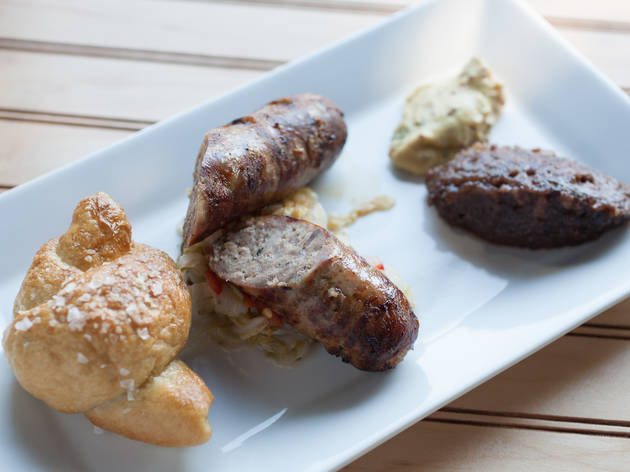 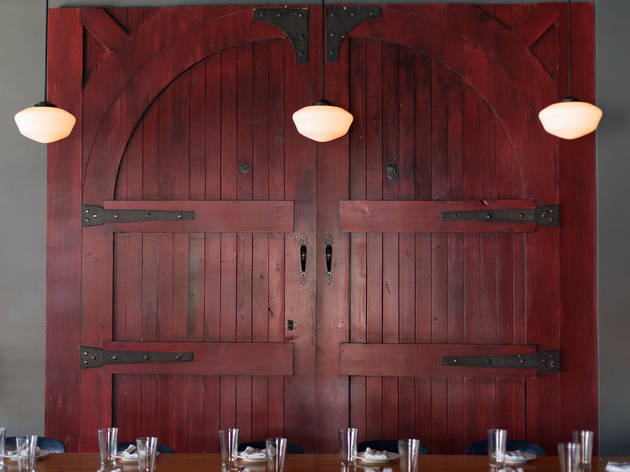 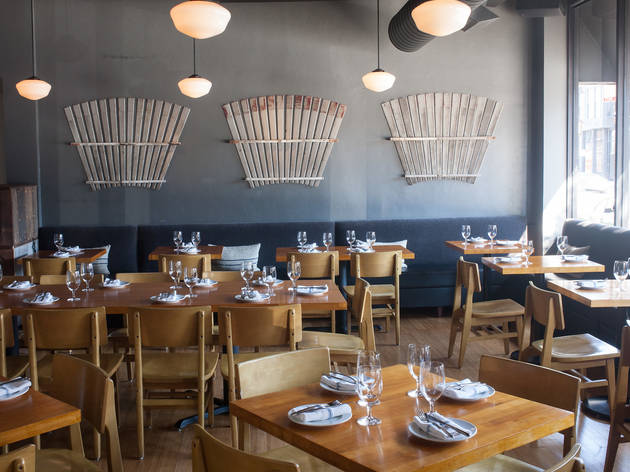 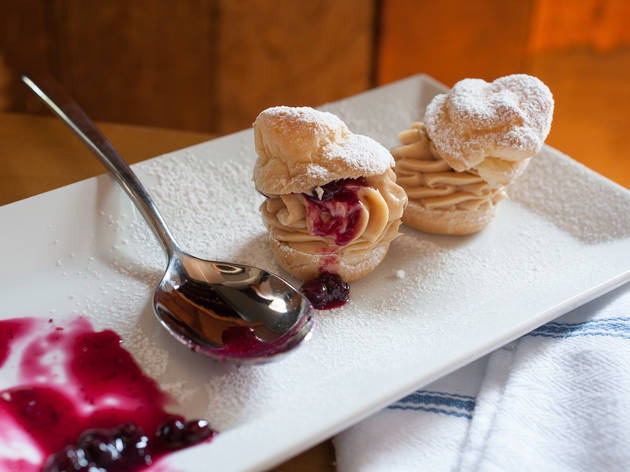 It’s been a month of tomato and burrata salads, occasional sparks of corn or prosciutto flying. It seems foolproof, this salad: fruit at the height of its season, oozing cheese only a curmudgeon could criticize. Perhaps that’s why the tomato-burrata salad is a dish on which restaurants tend to coast—why, to clarify, it was actually a month of merely-okay tomato-and-burrata salads. Not once did I expect that the best one I’d try—the one with the most perfectly ripe tomatoes, the one properly seasoned with coarse salt, the one whose drizzle of cilantro vinaigrette indicated that it was not resting on its ingredients’ laurels—would be at Two, a restaurant that quietly opened in the West Town space that has the misfortune of being best known for housing the failed Black Sheep.

Say what you will about the Black Sheep, but it presented this city with restaurant drama par excellence. Two is the opposite, a restaurant that could be defined by its reliability, the dorky-but-respectful Brian Krakow to the Sheep’s alluring-but-dangerous Jordan Catalano. Two’s grilled octopus is tender, set on a tomato sauce that smartly uses the texture of pistachios to solicit interest. Two’s thyme-roasted halibut is just that and a little creamed corn, the touch of herbs gentle, the fish’s flesh (unfortunately) more mushy than flaky. Thyme is about as crazy as Two gets, sprinkling it generously on cavatelli in pork bolognese sauce. Two’s nostalgic desserts are simple but successful, from cream puffs sandwiching peanut butter to a chocolate cake sprinkled with Puppy Chow, a snack that is long past due for a revival. The dishes depend on solid execution, and with the exception of a gummy, overly sweet carrot soup, they fulfill that obligation.

“Fulfilling an obligation” is a lot less sexy than “reinventing fine dining” or whatever it is the Black Sheep was trying to do. But Two is far too grown-up and sure-footed to worry about things like that.