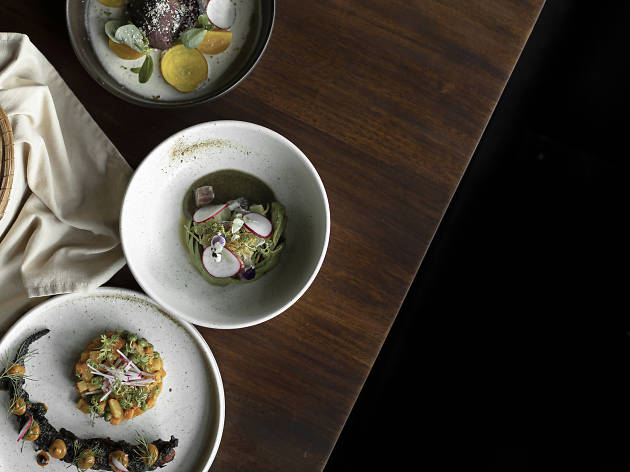 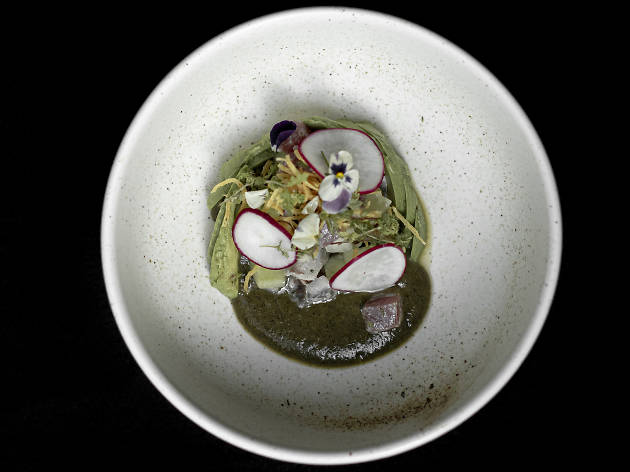 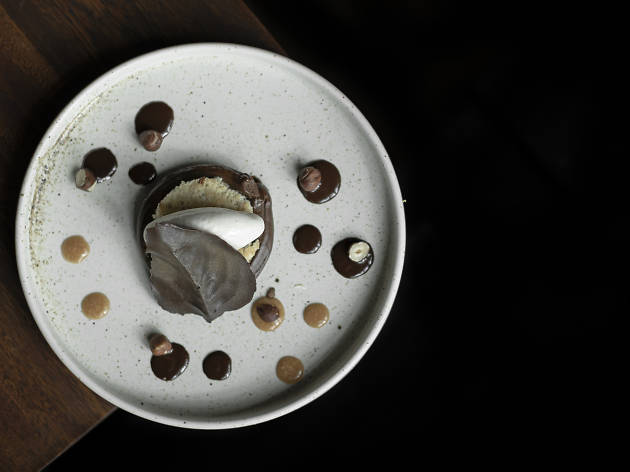 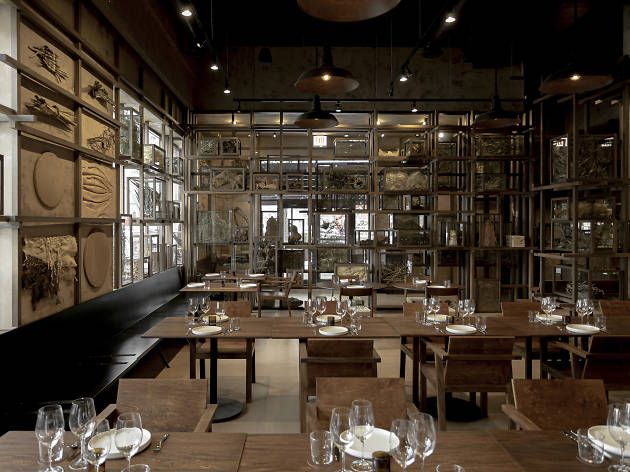 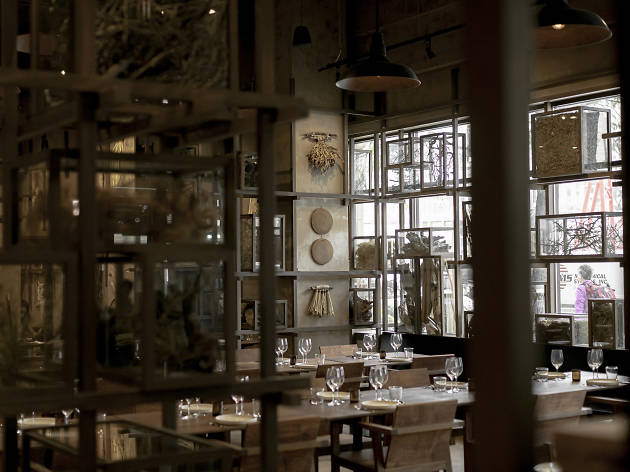 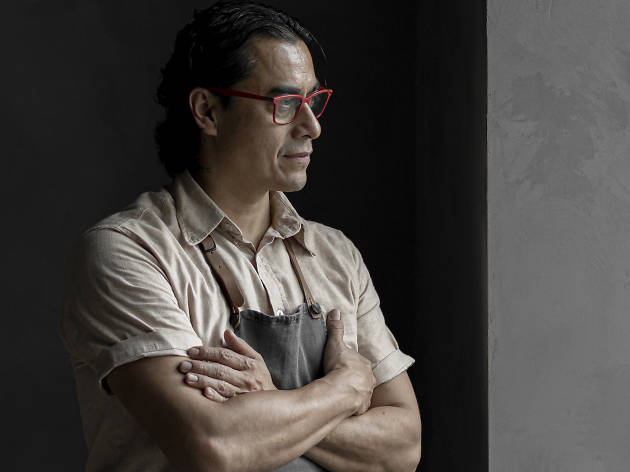 Beyond the whole eating-for-survival thing, what endears so many of us to food on a deeper level is its ability to tell a story.

In Tzuco’s quenching ceviche verde, for example, you can almost taste pure, cold Pacific Ocean in pearlescent slivers of hamachi, which are paired with three expressions of cactus, a plant that thrives in the most unforgiving locales. The prickly flora is served cured, iced and juiced with mint, lime and a whisper of serrano chile. Together, the elements sing of Mexico’s varied bounty.

Each bite I savored at Tzuco seemed to smack of deeper meaning, sparking curiosity about the storied place that inspired this restaurant and its name, along with its famed chef/owner who has roared back into Chicago’s dining scene following an 18-month hiatus.

Chef Carlos Gaytán hails from Huitzuco, a town in southwestern Mexico aptly named for the Nahuatl word “huixochin,” meaning plants with abundant thorns. When he was 20 years old, he came to the U.S. on a borrowed passport and worked his way up from dishwasher and cook to eventual chef/owner of Mexique, his French-infused Mexican restaurant that helped make him the first Mexican-born chef to receive a Michelin star. Vowing he’d be back again one day, Gaytán closed the award-winning destination in 2018 and left town to open a restaurant in Playa del Carmen.

He made his triumphant return late last year with three eateries that showcase the breadth of Mexican gastronomy. Commanding the entire southwest corner of Superior and State Streets are all-day bakery Panango, forthcoming 16-seat fine-dining spot The Tales of Carlos Gaytán, and the gutsy yet getable Tzuco, which already promises to be the operation’s aorta.

We pulled succulent hunks of slow-roasted pork pibil off a Flintstone-sized shank bone, tucking the savory morsels into warm corn tortillas with habanero-pickled onions. Following our waiter’s advice, we added a side of milky corn esquites, which amped up the texture, smoke and tang in our makeshift tacos. The pescado zarandeado sent us burrowing through a bright mound of orange segments, raw fennel and brussels sprouts to unearth a burnished treasure of tender charred skate wing flavored with guajillo rub and chipotle vinegar.

Though we got our sweet fill on gianduja—an airy hazelnut sponge cake paired with addictive salted caramel ice cream and dabs of bitter chocolate—our waiter deposited a pair of Panango’s Oaxacan pains au chocolat with the check.

The gesture smartly promised Gaytán’s mini-empire would be the first thing on our minds when we awoke for breakfast the next day—or, in my impulsive case, a final taste memory of French-tinged Mexico before bed.

What to eat: You can—and should—share almost everything, including the delectable spreads (think cochinita rillettes and pepita butter) and breads, pulpo enamorado, and guajillo-rubbed skate wing and pork pibil. Save room for brûléed flan with sherry ice cream.

What to drink: Classic cocktails with a twist include an elegant mezcal-based Last Word with lavender, Italicus and green chartreuse. The food-loving wine and beer lists feature a handful of options from Mexico.

Where to sit: Book the dining room or chef’s counter a few weeks in advance; seats fill up fast, even on weeknights.