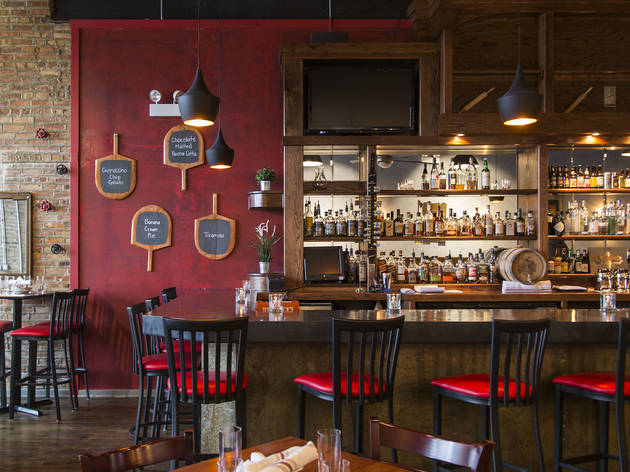 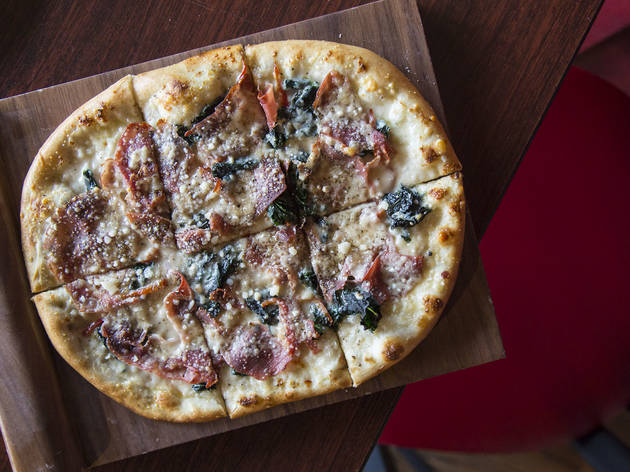 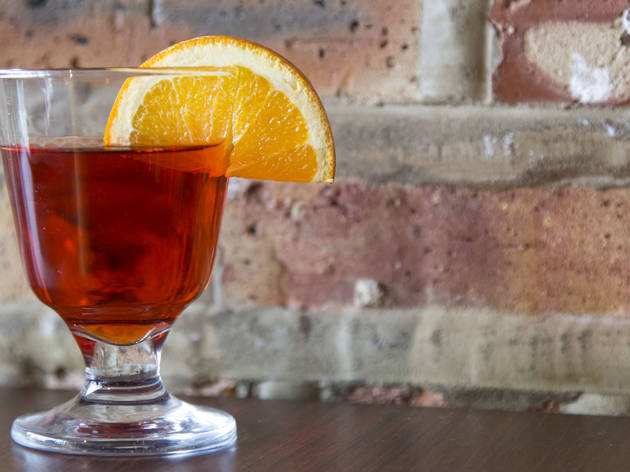 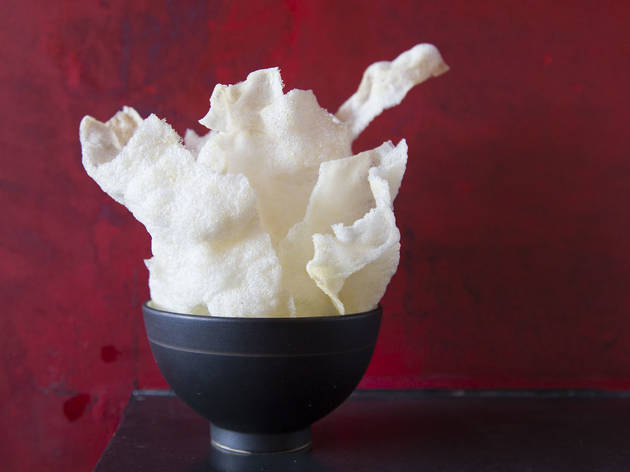 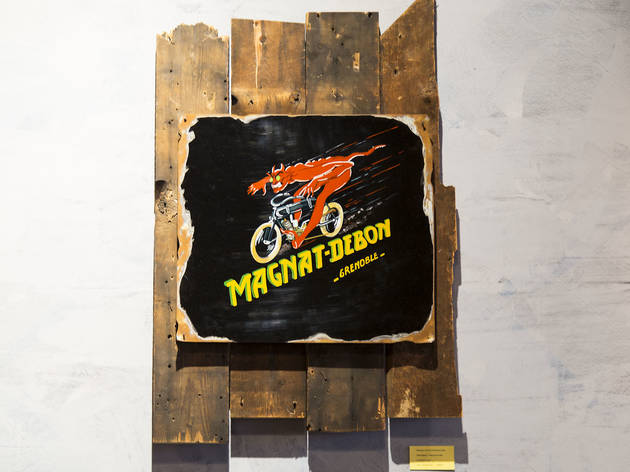 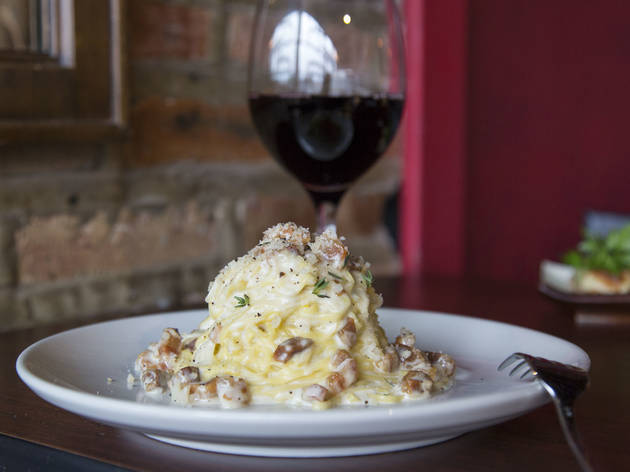 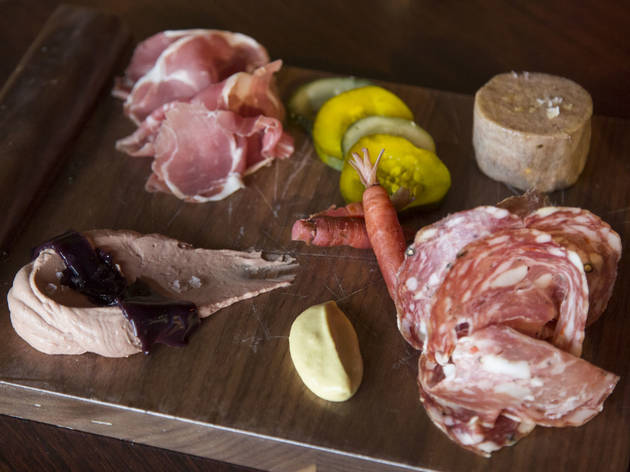 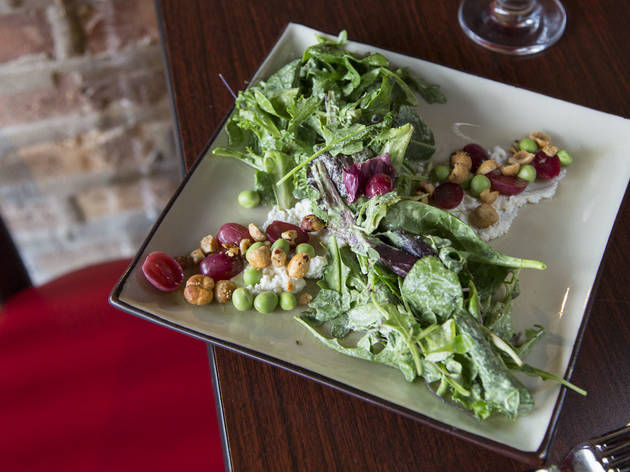 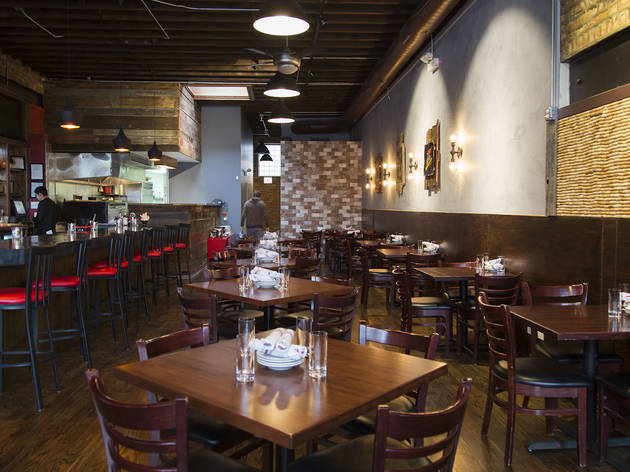 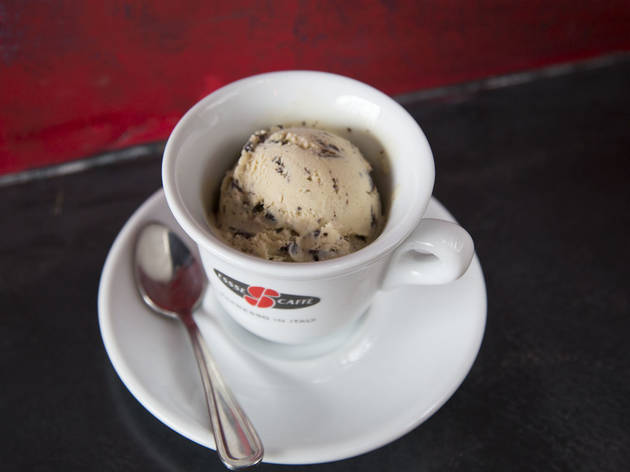 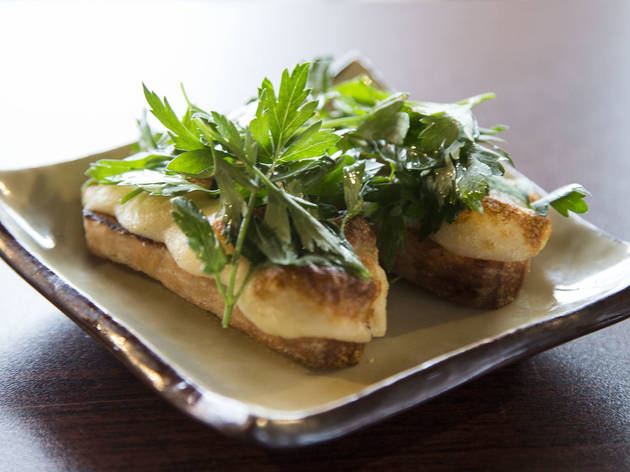 It’s a ballsy move to open an Italian restaurant across the street from another Italian restaurant, especially a well-established and beloved one. Newcomer Ugo’s (pronounced ooh-goes) bills itself as a modern Italian diner with high-quality, local ingredients, differentiating it from the nearby Osteria Langhe, which focuses on Piedmontese cuisine, with rich and creamy pastas.

Before we get into the nitty-gritty of what doesn’t work, let’s talk about what does. The service is friendly and attentive—being able to recommend dishes on an unfamiliar menu is crucial, and for the most part, my server was up to the task. The fried Parmesan, a generous folded slab of crunchy cheese, was pungent and crisp. The best thing I tried was the marinated beet salad, an earthy and vinegary dish plated beautifully with a smear of herbed goat cheese with added color from orange slices and greens. Sadly, it’s no longer on the menu.

The heartier dishes on the menu didn’t fare as well, including the black pepper-heavy carbonara pasta, which was only so-so. The lowest point was the pizza, which is troubling, because it’s what dominates the menu at Ugo’s. I had the carciofi pizza (also no longer on the menu), which was piled high with greens, white sauce and mushrooms. The crust was dry and powdery with very little flavor, which contrasted with the heavy white sauce on top. Even the desserts (which also change out regularly) weren’t great—a too-sweet banana cream pie was heavy and hard to finish while the house-made gelato was good, but nothing to scream about.

I’m happy to forgive a less-than-impressive dish, especially if everything else outshines a mistake. But starting out on a high note and ending on such a low note is nothing short of a disappointment. The consistency at Ugo’s varies wildly from dish to dish, and it’s possible that the continually shifting menu is simply an attempt to correct those mistakes. However, if options are going to vary from week to week, there still needs to be a bit of consistency, especially when it comes to the best options on the menu. Until the offerings at Ugo’s have solidified, it’s not a place to go out of your way for.

Atmosphere: The restaurant itself is rather small, with deep red accents and dark wood.

What to eat: The fried Parmesan and the house-made gelato are worth a try. Though it dominates the menu, skip the dry and heavy pizza.

What to drink: If you’re up for a cocktail, grab the barrel negroni, which is balanced and smooth. There’s also a hefty beer list and a good selection of wine to explore.

Where to sit: There are windows near the front of the restaurant with nice light, but the bar isn’t a great place to post up if you’re ordering food. Two tops and four tops are scattered opposite the bar, where most diners are seated.