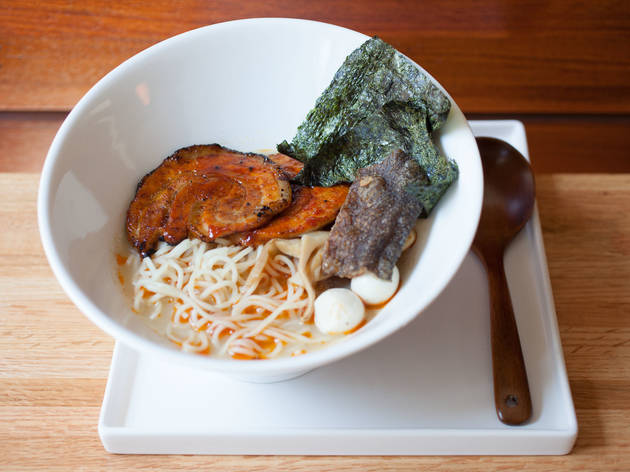 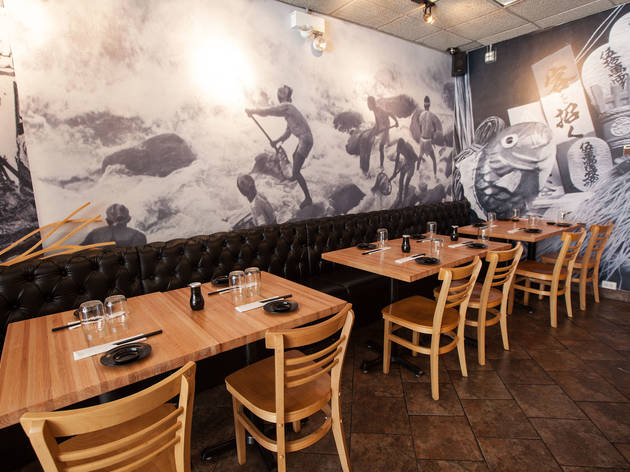 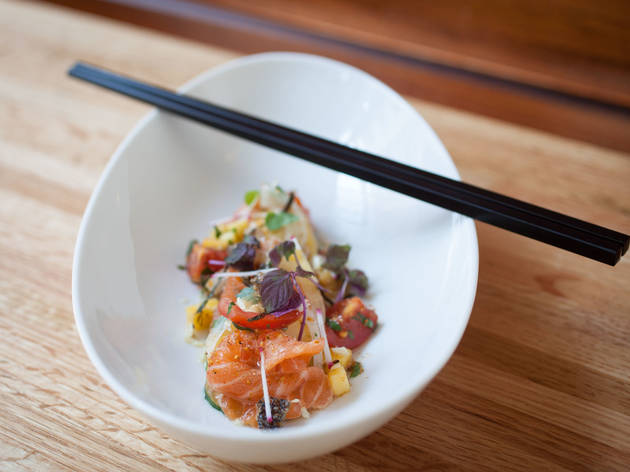 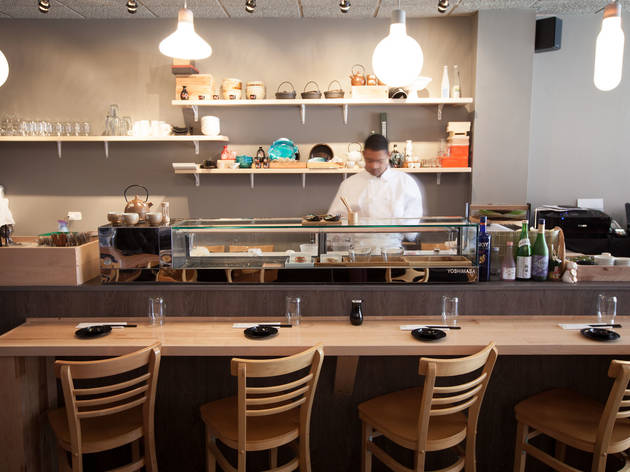 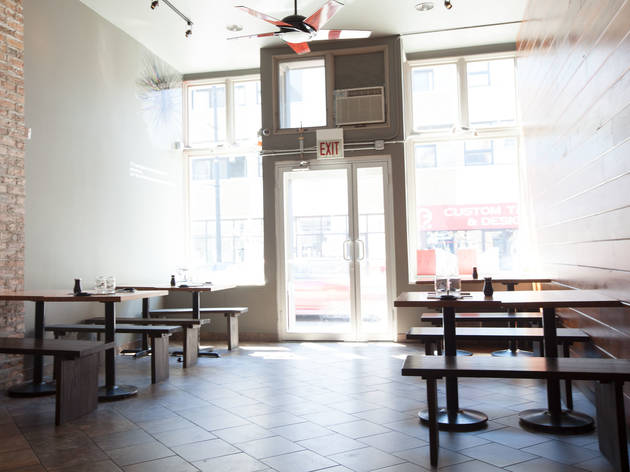 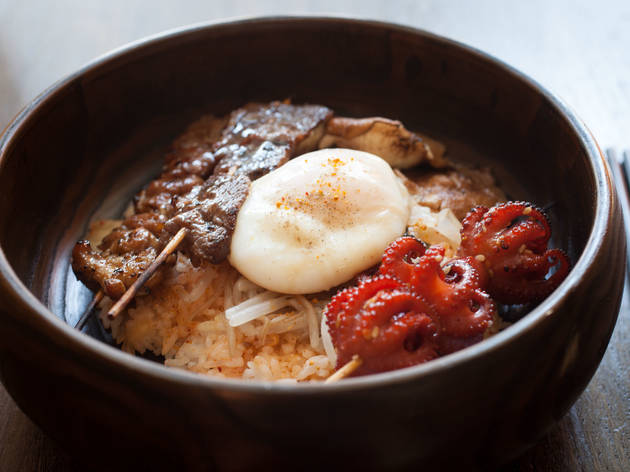 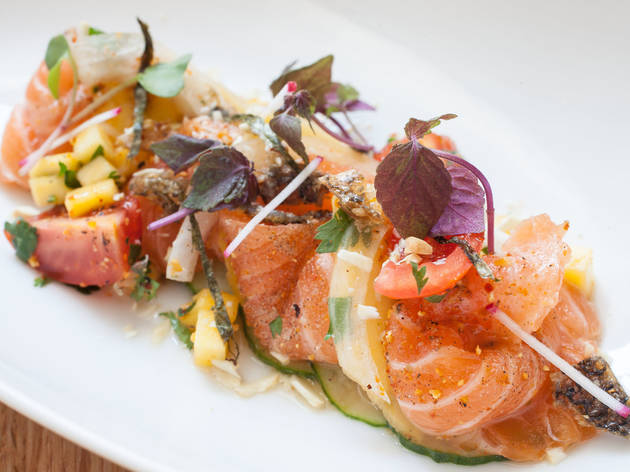 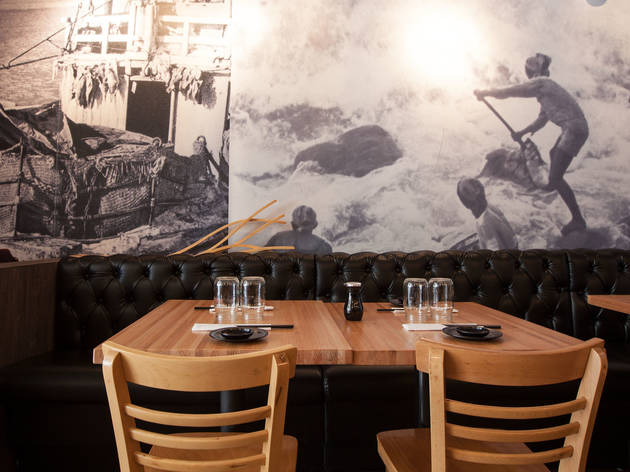 With a bright, airy atmosphere, Uni Sushi’s interior belies its location on a nondescript stretch of North Avenue in Wicker Park. Wooden benches and mason jars filled with grapefruit-infused water give the space a casual, rustic feel, while black-and-white screen-printed wallpaper features fishing scenes, a hint of the seafood-centric meal to come.

Uni does seafood well, but before you order, take note—the menu is still being tweaked, and some of the dishes we tried to order had been taken off the menu. And at 1pm, the Japanese red snapper hadn’t yet been sliced, adding to the list of unavailable dishes. Fortunately, the staff was quick to recommend alternatives, including the simple hamachi yellowtail sushi, which featured fresh, sweet fish laid over rice. The Bears maki roll was another successful raw dish. The roll was stuffed with salmon, avocado and crunchy sweet potato and topped with a layer of salmon as well as spicy mayo and unagi sauce, which added just a touch of seasoning without making the roll too busy.

The restaurant has a robata, a charcoal grill used to cook skewered meat, seafood and vegetables. We tried several items, which varied in terms of success: The beef short rib was smoky and tender, while the bacon eggplant skewer wrapped crispy pork around succulent if slightly underseasoned grilled eggplant. But the squid was served cold with sweet garlic sauce. And even after dousing them in soy sauce, the shiitake mushrooms were bland, lacking the smoky flavor so prevalent in the other skewers. The quail eggs with unagi-based “Japanese sauce” were fine, but when the rest of the meal is so flavorful, plain boiled eggs with a drizzle of sauce was a let down.

Despite Uni’s emphasis on sushi and robata, it’s the crying tiger kimchi beef salad that was the highlight of the meal. The Korean-tinged salad was topped with supple, sweet and smoky beef and accented with spicy kimchi. We should have stopped there, but instead finished with the uni/quail egg ice cream, in order to give the restaurant’s signature item a try. The combination was just as odd as it sounds—the ice cream tasting almost savory, with the strange addition of a cotton candy garnish. Next time, we’ll skip dessert and get another sushi roll. Or yet another order of crying tiger salad.