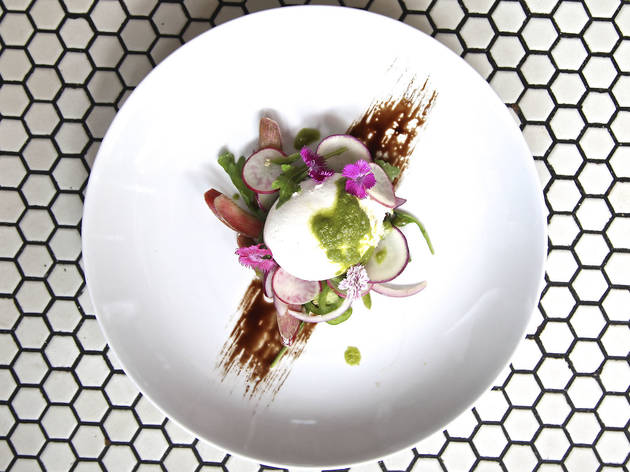 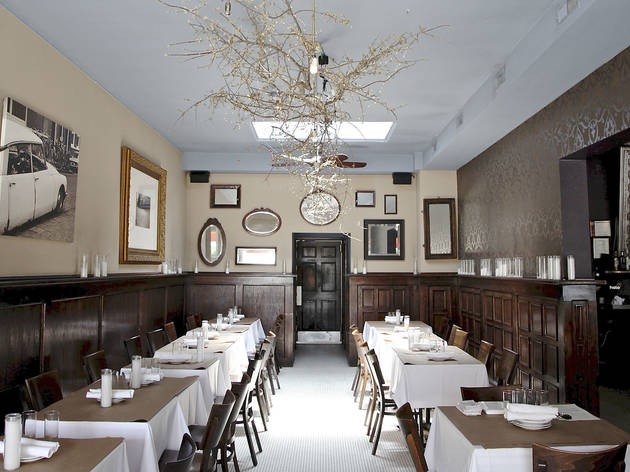 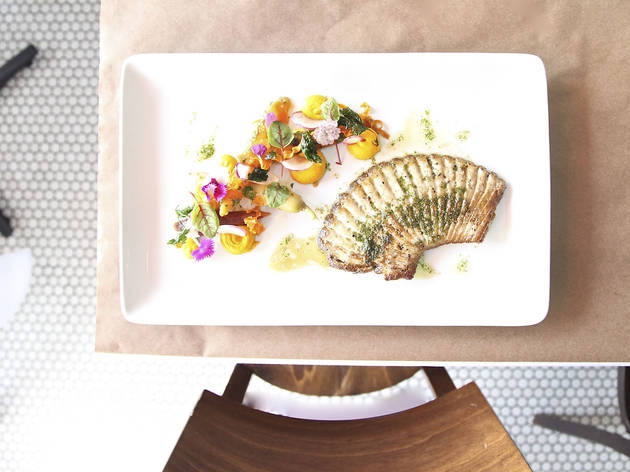 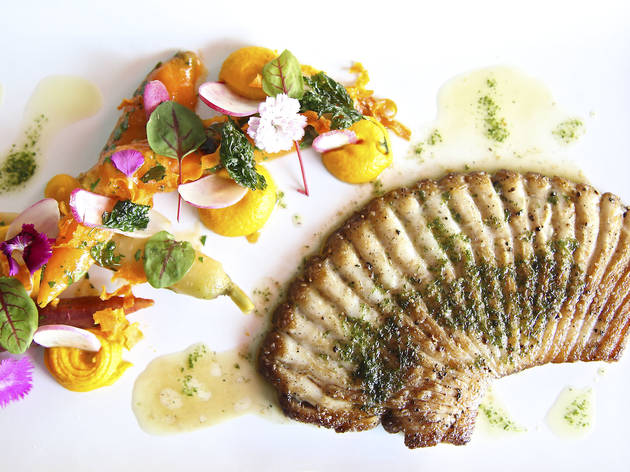 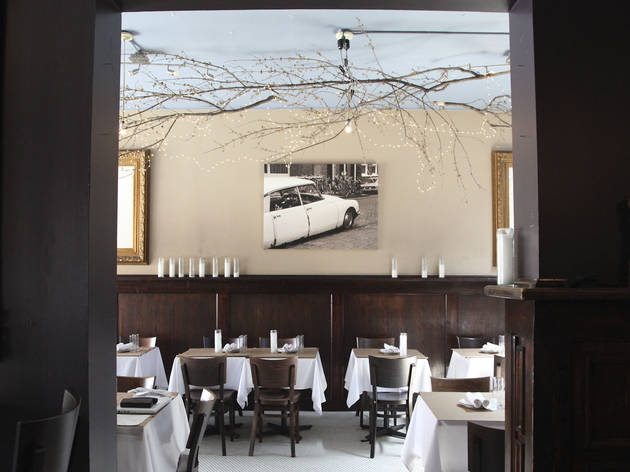 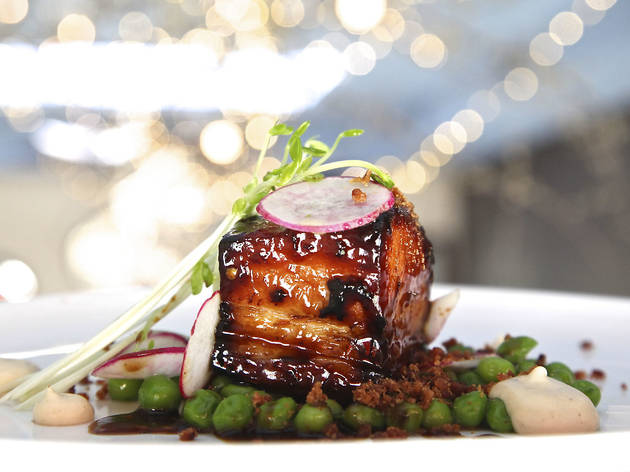 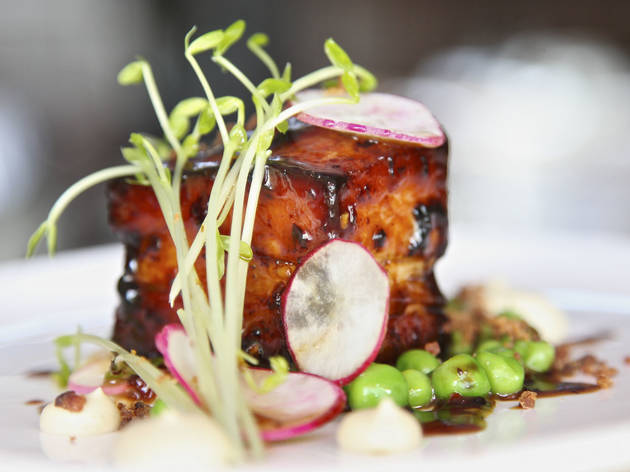 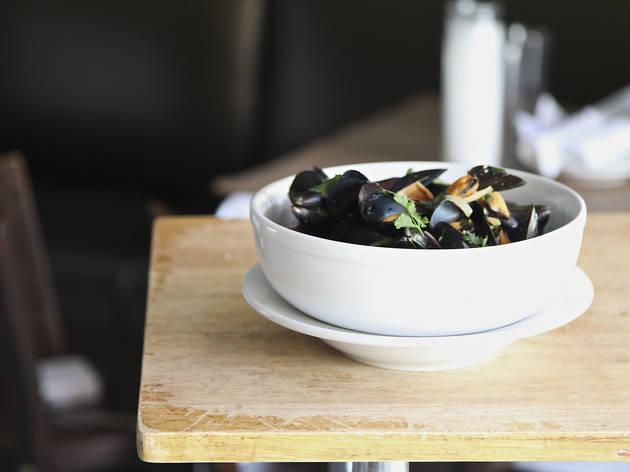 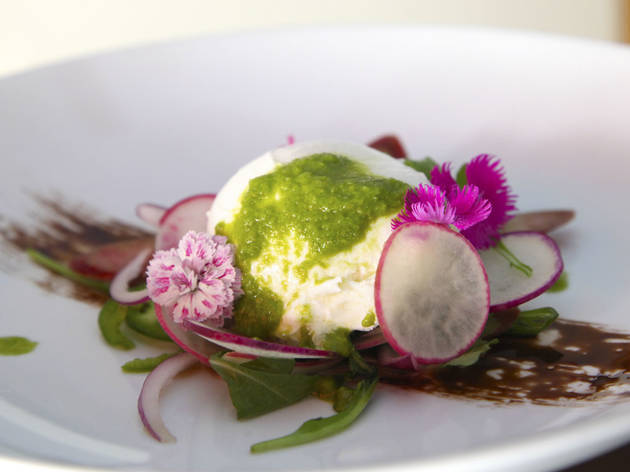 The room at 1475 West Balmoral Avenue has always been great for eating. It’s got a salonlike quality, an instant intimacy that corresponds to its candlelit glow. Having dinner here always feels right somehow, whether with parents or mistresses (though perhaps not with children). And at times throughout its history, the place has put out food that meets the expectations the atmosphere sets.

But not always. La Tache, the French restaurant that occupied the space from 2001 until this past summer, went through periods both great and horrid. During the Levitski/Izard era, the restaurant was hailed. In 2008, it seemed the chefs could barely learn to properly fry a frite. In 2009, owner Lynn Malec gave the place a spiffy makeover, and both room and food benefited. But by then it was perhaps too late—the restaurant, almost ten years old, was lost in the conversation about places like its next-door neighbor, Great Lake.

What’s a great restaurant space to do? Wisely, Malec didn’t sell the place. Instead, she accepted chef Joncarl Lachman’s offer to join forces: Malec would remain a partner in the restaurant, but she would be a silent one. Lachman (who also owns HB) would take over creative control and turn La Tache into Vincent, a restaurant that serves…Dutch food. The food of Amsterdam. Perhaps the most uncelebrated food on Earth.

Dutch food is uncommon enough that most people won’t have a frame of reference for it (the possible exception being frites), and the names of some of these dishes may not inspire experimentation. Were it not my job, I may not have ventured to try something called the snert, even after—especially after—it was explained to me that this dish is just a pea soup. But it turns out I love snert, which at Vincent sports soft morsels of pork belly and provides a hearty base for two golden pieces of beautifully fried haddock. I’m also a fan of zaansemosterdsoep, a Dutch mustard soup, the savory edge of which countered a sweet crab salad. Headcheese was more familiar to me, but it’s rare I encounter versions so exemplary: The housemade varieties I tried incorporated figs, apples and almonds, and all of them were exceptional.

My success with snert and the like makes it hard to blame my dissatisfaction with the grilled prawns on its “Dutchness”—I was turned off as much by the funky mustard-brown sauce they sat in as the grittiness of the prawns themselves. Likewise it wasn’t the treatment of the pork belly–suckling pig combo plate that made me push it away (in fact, the apple butter and mustard were the best parts)—it was that the portion was so big it bordered on grotesque. I mean, if this were in Amsterdam, and I were stoned, maybe I could take the thing down (I hear marijuana gives you an appetite). But not in Chicago. And not on the job.

So I’ll stick with the snert, or Vincent’s great lamb burger. Moules frites will work, too (the Amsterdam prep, not the provençal). Or I’ll stick to Vincent’s gin list, because they make a mean martini here, and it’s a great excuse to spend time in this room even if I’m not hungry.