When I ask Erick Williams, the chef/owner of Virtue, to describe the inspiration behind his effusively warm, broad-spectrum Southern restaurant in Hyde Park, he heaves a long sigh. “I want to be thorough,” he says, pausing again. “The food is inspired by the Southern experience of cooking.”

That sentiment encompasses centuries of chosen and forced migration, strife and survival, and the collision of myriad regions and ethnicities—which Williams channels into satiating, elevated fare at his solo debut. The menu’s boiled-down dish descriptions (pork chop, salmon, shrimp) all but hide the intense attention to detail that he devotes to techniques and sourcing methods. It's a reminder that we're here to be fed, first and foremost.

“What’s with this place? I keep dropping people off here,” our Lyft driver commented as we pulled up to the Hyde Park storefront that formerly housed A10. Inside, the soaring dining room and bar were already brimming with revelers despite single-digit temperatures outside.

Much like the menu verbiage, Virtue’s design elements reverberate with deeper meaning. Burnt reclaimed-wood sideboards from a Detroit artist nod to urban blight and perseverance; cut-paper works by Bridgeport artist Amanda Williams depict Chicago neighborhood grids inlaid in maps of Iraq. In a large, warm-toned portrait by Dominican-born artist Raelis Vasquez, a time-traveling salon of influential African-Americans—from journalist and activist Ida B. Wells to poet Langston Hughes—gathers over drinks, a good-humored reminder of the community we can achieve when we come to the table.

In that spirit, we began with a pair of chef-powered cocktails. The juicy Patience is a Virtue—with rhubarb bitters and crème yvette (a liqueur made from violet petals and berries)—reminded me that I can, in fact, like sweeter-profile vodka drinks. In the bittersweet Baby It’s Cold Outside, a splash of red vermouth stained a woody blend of walnut liqueur and rum with botanical sweetness.

The Butcher’s Snack was an ode to carnivory on a precious, toile-patterned plate. We smeared cheesy housemade crackers with peppery turkey rillettes and robust head cheese, offsetting the unctuous terrines with pickled okra halves and swipes of zingy pepper jelly. Half a dozen succulent shrimp wrapped in tarragon-tinted remoulade could’ve stood alone as an appetizer. Instead, the Creole staple acted as the sauce for a pile of thick cornmeal-fried green tomatoes.

Fatty, crisp-edged brisket arrived perfectly braised and wading in savory pan gravy alongside creamed spinach and smashed potatoes. But the catfish stole the show. Its mildly sweet flesh wore a burnished coating of blackening spice that harmonized with a helping of tangy-sweet barbecue carrots and a pile of Carolina gold rice. (Admittedly, I wouldn’t have minded a touch of fiery heat.)

A side of baked mac and cheese capped in blistered cheddar fulfilled its nostalgic obligation, reminding my sister and me of our great uncle’s legendary butter-laced version, which we only ate once a year as kids, on Christmas Day (I assume for health reasons).

Though likely not a categorically “light” dessert, pastry chef Rebecca Pendola’s ephemeral coconut cream pie was a tropical-scented cloud, yoked to earth only by a varnished oatmeal-almond crust.

Easygoing hospitality permeated interactions with our server and bussers. It didn’t surprise me to learn that about 95 percent of the 32-person staff lives on the South Side—another quietly deliberate move by Williams to establish a community and frame of cultural reference for employees.

It’s enough to make you giddy for what we may see down the road from the generation of people currently working and learning their way through Virtue while they foster their own identities and passions. For now, I’ll happily savor the present, and maybe one more piece of pie.

What to drink: Clever revamped classic cocktails include Orchard Over the Wall with hot-buttered mezcal and apple butter and the herby Sage Advice with genever, pear liqueur and burnt sage. Value-driven, food-loving wines start at $5 a glass.

Where to sit: Book ahead, especially on weekends; this place fills up fast with neighborhood walk-ins. 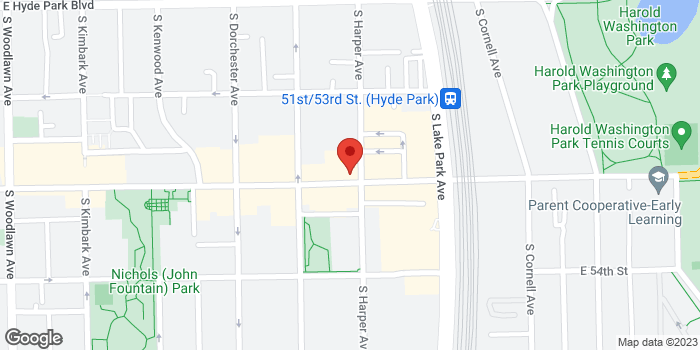