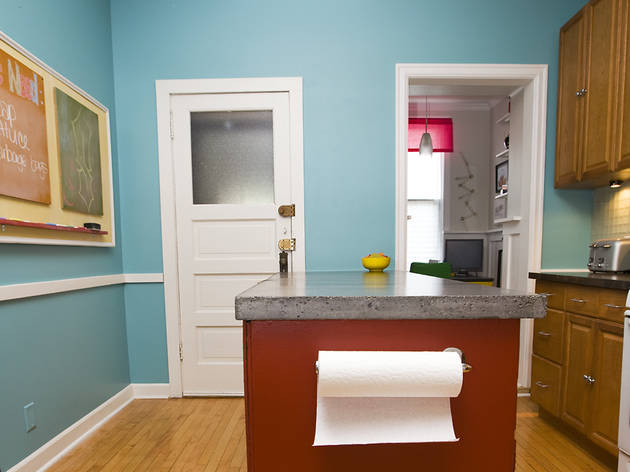 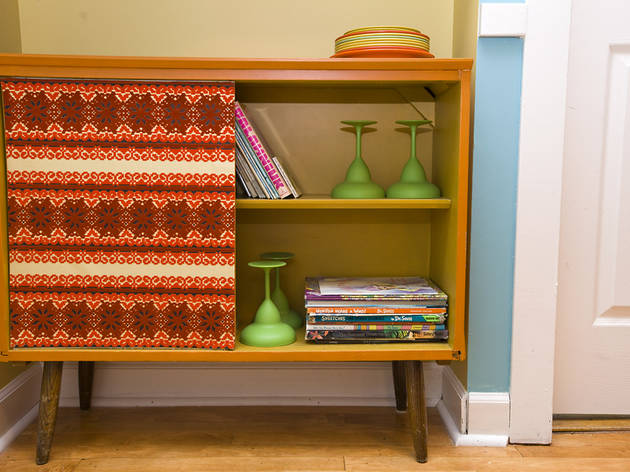 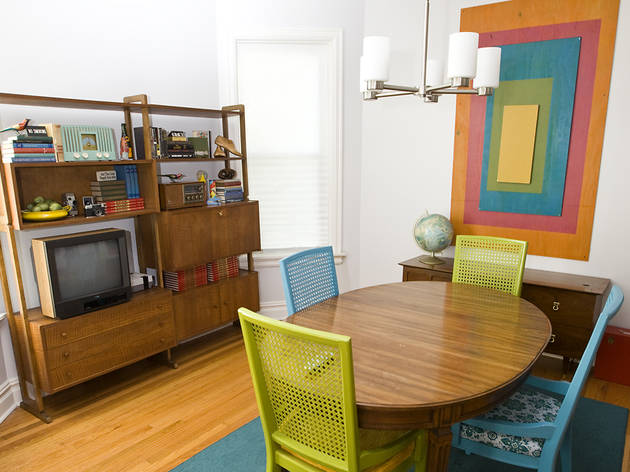 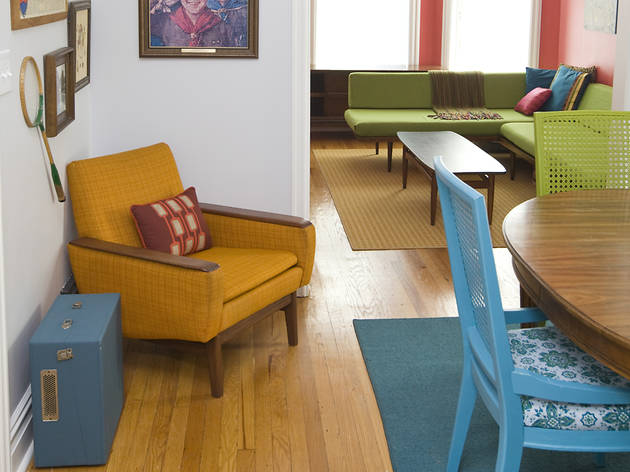 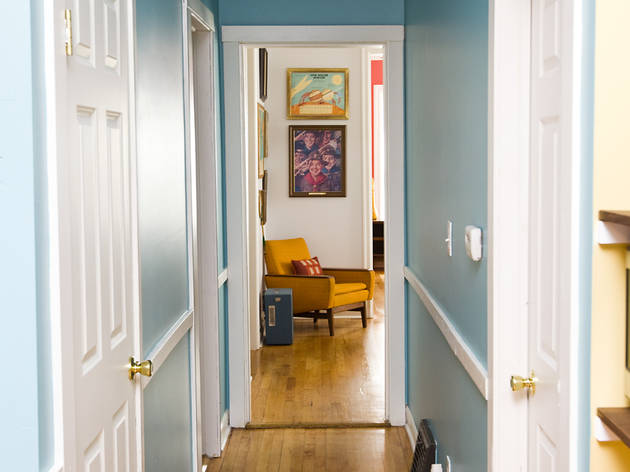 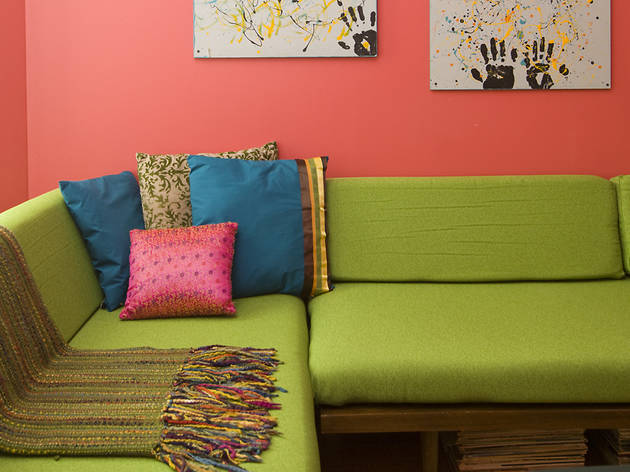 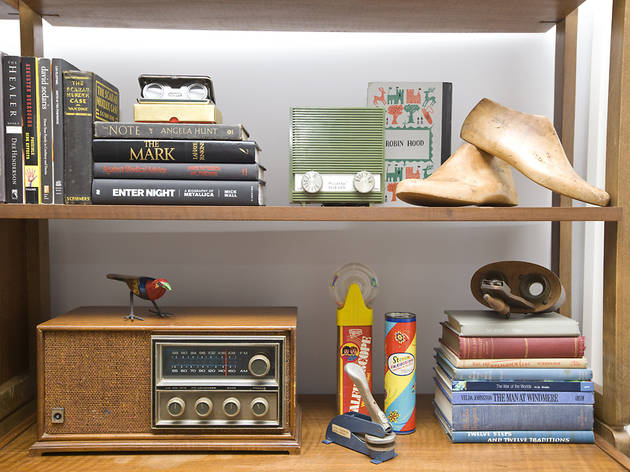 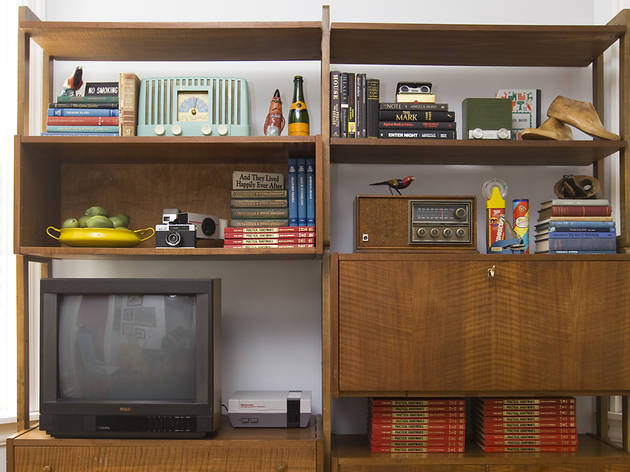 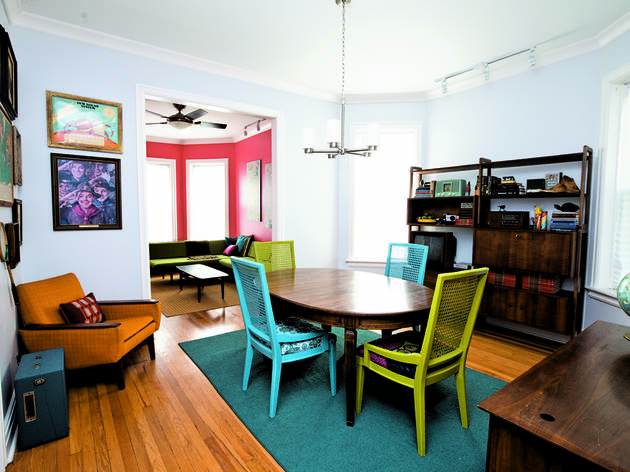 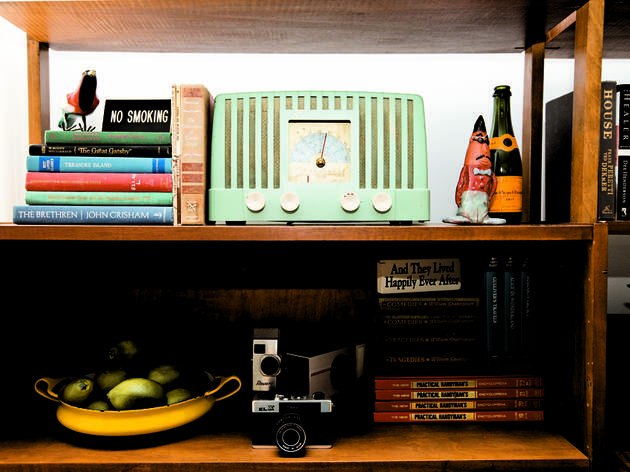 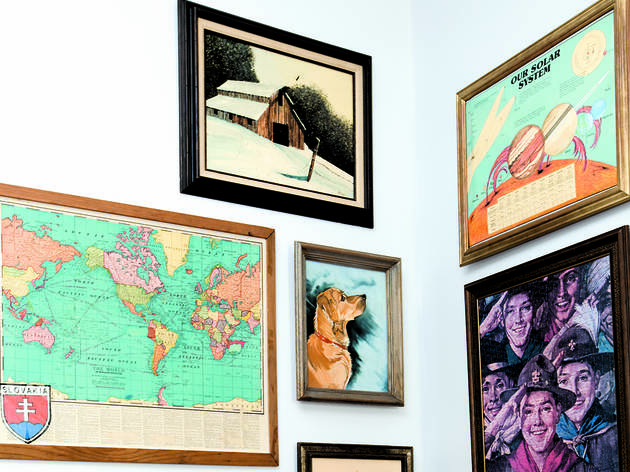 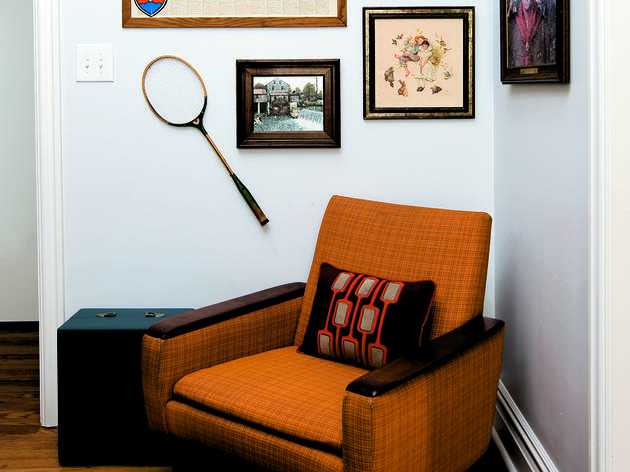 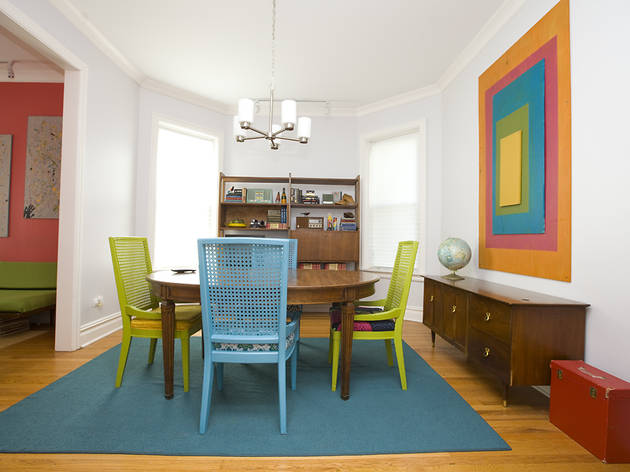 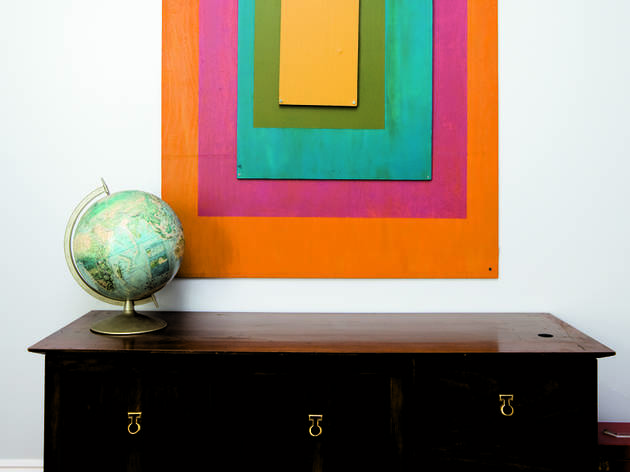 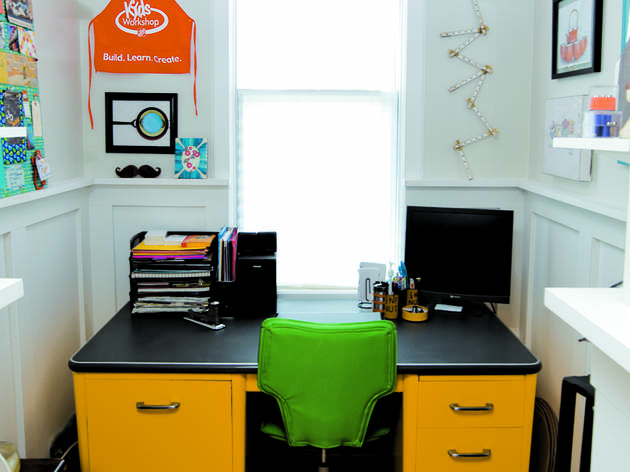 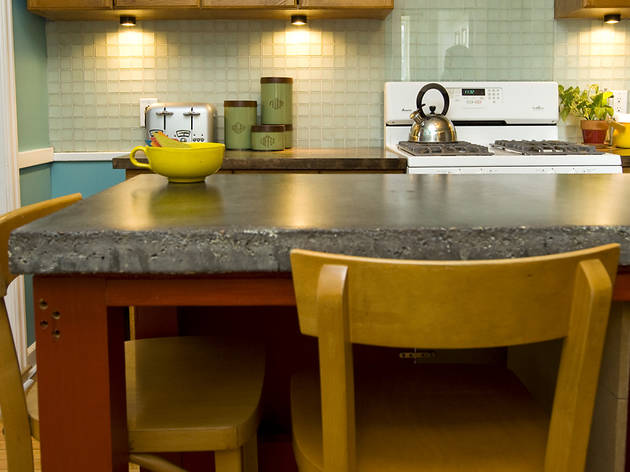 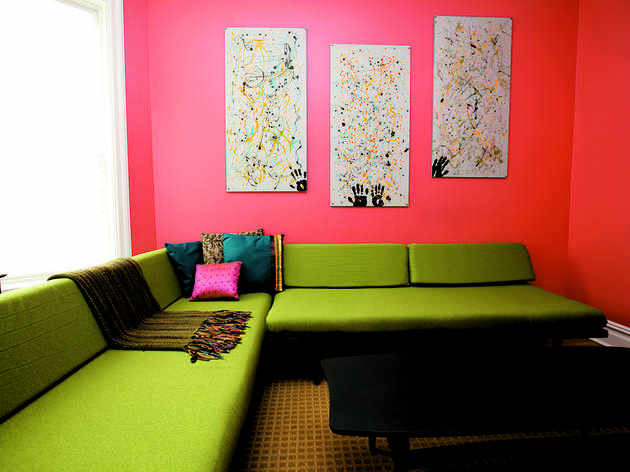 India Shannon, 26, and her husband Jerome, 27, relocated to Chicago from Boston a little over a year ago, but their sprawling Humboldt Park two-bedroom is already the third Chicago apartment they’ve rented. Their first place, in Rogers Park, was infested with centipedes, so the couple broke their lease after a month and moved out. The second apartment, a modern bi-level unit in Humboldt Park, was oddly skinny—only nine feet across in some areas—and left India, who runs the online home-decor blog/shop Apartment 528, stifled. “It was creatively sad,” she says, “and expensive for being ugly.” So the couple made the decision to move again, this time just down the street to their current 1,300-square-foot vintage unit in an owner-occupied two-flat.

Shannon thinks this one’s a keeper. “I might actually stay here two years,” she says, half joking. Her landlord, an ex–hardware store employee, gives her free rein over his machine-shop’s worth of power tools stored in the basement and garage. For a DIY queen like Shannon, that’s a dream come true. “It’s the closest I’ll ever be able to get to living in Home Depot,” she says.

Since receiving the keys four months ago, Shannon has pulled off more successful home improvement projects than most people can claim in their entire rental history. Take, for instance, the kitchen island. Where many might make a trip to IKEA to score extra counter real estate, Shannon built her own island by expanding a vintage built-in cabinet with fiberboard and poured concrete on top. Instead of waiting to score the perfect piece of artwork for a large, empty dining room wall, she produced a geometric design from pieces of plywood. And when she wanted a bright yellow steel tanker desk for the small office just off the kitchen, Shannon found one for free on Craigslist and then sanded, waxed, polished and painted it herself.

When she resorts to shopping, she’s mindful of her budget; most of the apartment’s furniture came from Craigslist (she sets her price limit filter to $75), garage sales or thrift stores. Two years ago, she’d become so good at finding deals on vintage furniture she ended up with a surplus. “We had closets full of vintage,” she says of their old Boston apartment, and kept pieces in constant rotation. “I’d say, ‘Oh, the sun is shining! I’m going to change this entire room!’ ” Finally she turned the extras into a business. Apartment 528 pairs a curated collection of handmade accessories by other artists with her vintage decor and furniture finds. She’ll also exhibit her vintage wares at next month’s Vintage Bazaar. There, she’ll be liquidating the mass of items collecting dust in the couple’s second bedroom so she can focus on more DIY projects at her new place.

Next on her list? “I’m going to build an entertainment center.”

1 The dining set consists of two Craigslist dining sets paired together. The chairs were a set of six for $60, and the table came from another set the couple bought for $50. “We sold the chairs for $40 so I guess you could say the table was $10.” Shannon added a punch of color with wall paint from previous apartments and upholstered the chairs with various fabrics to create a funky, mismatched look.

2 Shannon admits her Danish sectional is the only piece in the house for which she paid more than $75. Purchased for $500 from Craigslist dealer ModPox, the set was originally covered in coral-colored Naugahyde. Shannon recovered the cushions with fabric from Textile Discount Warehouse in Pilsen.

3 “Don’t underestimate MS Paint,” Shannon advises, opening the graphics program on her laptop computer. The inspiration for her geometric wall decor hearkens directly back to doodles she made in the Microsoft painting program. She made several computer sketches before settling on this nested rectangular design, which was replicated in 3-D with plywood and paint. “It’s cheaper than canvas, has a natural texture, and can easily be repainted, stained or turned over if I change my mind.”

4 India and Jerome purchased a vintage built-in from fellow dealers Take 2 Vintage and expanded the dimensions with medium-density fiberboard for the base. They rented a concrete mixer and created an acrylic frame in which to pour their own counter surface from concrete.

5 “They tell you to treat these just like cars,” Shannon says of the vintage metal tanker desk in the couple’s office. But getting the metal desk, which she scored for free on Craigslist, sandblasted and painted at an auto-body shop as recommended by some home-decor blogs wasn’t in her budget. Instead she took a trip to Pep Boys to stock up on materials for less than $100. “I think they thought I was crazy when they found out I was painting a desk, not a car,” she says.

6 Shannon purchased this atomic sliding-door cabinet at a thrift store for $6. She replaced the original glass doors with wooden ones, painted the exterior and covered the new doors with vintage wallpaper she bought on Etsy. The total cost: about $31.

7 Shannon wanted to create a handy place to write grocery lists and menus in the kitchen but wasn’t a fan of the large, dark chalkboards most people use to track their to-dos. To create a more colorful writing surface, she mixed her own chalkboard paint by recycling bright paint colors she’d used in her apartment mixed with non-sanded grout.