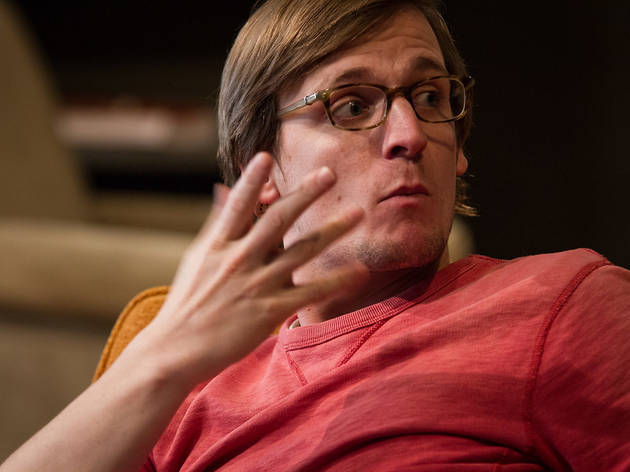 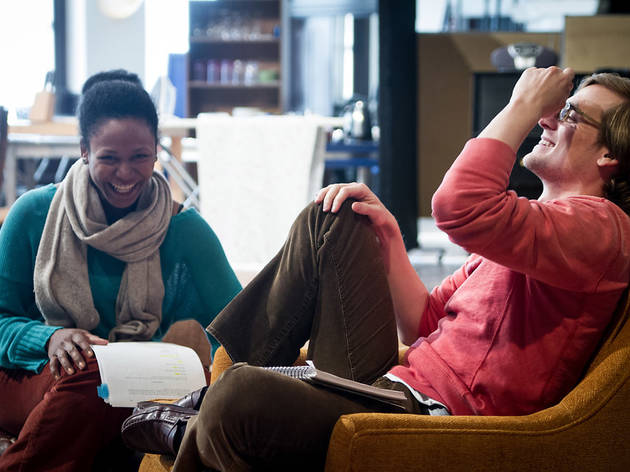 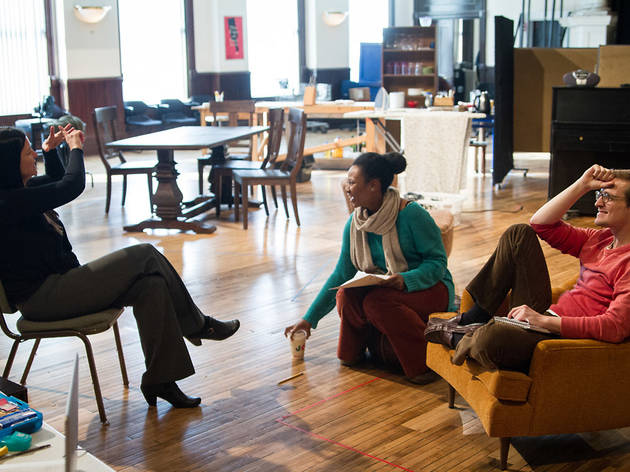 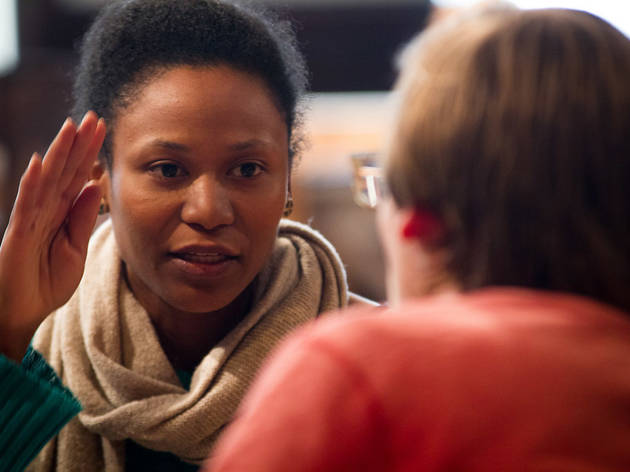 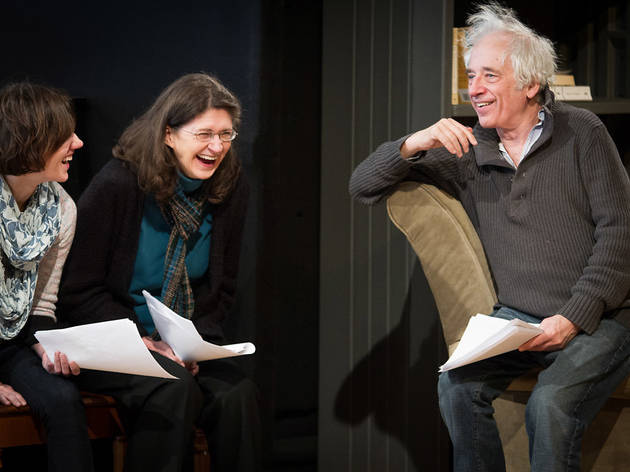 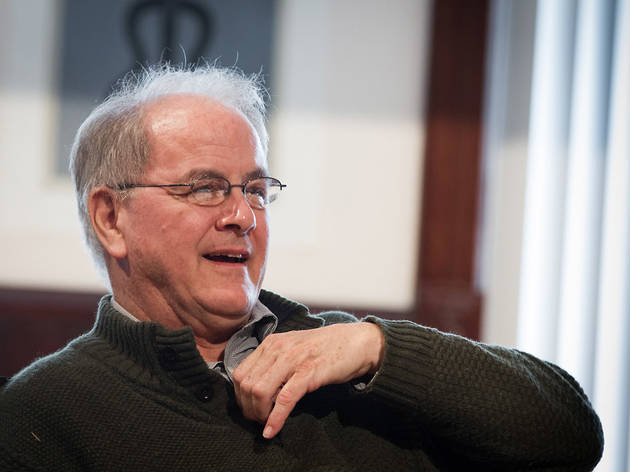 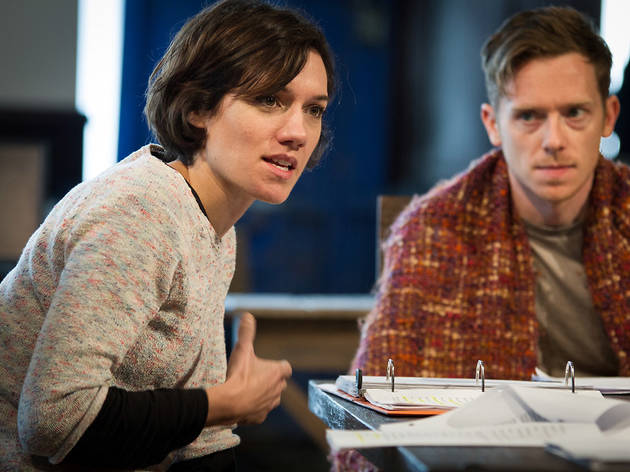 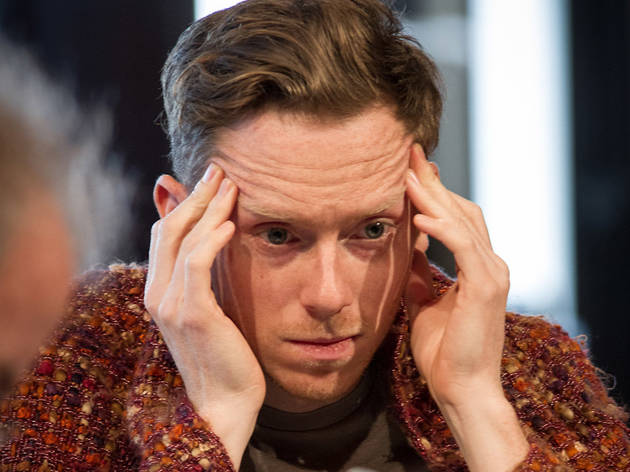 When actor John McGinty arrived at Steppenwolf Theatre Company in November to begin rehearsals for Tribes, the Nina Raine work in which he's playing the central character, director Austin Pendleton and the rest of the cast had already been working for a week without him. "To be honest, I was petrified. I didn't know what to expect when I first came here," he says.

Luckily, he knew his part quite well. Two days before stepping into the rehearsal room at Steppenwolf, McGinty had closed a production of the same play at the Guthrie Theater in Minneapolis, where he also played Billy, the only deaf member of a loudly bickering British family. "The good news is, I know my lines," he says with a grin.

Like his character, McGinty, a handsome, boyish 27, was born deaf into an otherwise hearing family. While the play requires him to speak—and in a British accent, no less—his own primary mode of communication is American Sign Language; he spoke with me over coffee last week via an ASL interpreter.

Billy, the middle child in a family of academics and eccentrics, has largely accommodated his family's needs of him rather than the other way around, one way the actor says his upbringing differs from his character's. "Yes, I'm the only deaf person in my family; I have a brother and a sister, and I'm the middle. But the family in the play is more dysfunctional than my family ever," McGinty says. "They swear more. They're not as polite. I mean, I'm very fortunate—I grew up with a very supportive, loving family who's willing to learn sign language with me."

Acting isn't necessarily the Ohio native's primary focus. Though he's long been interested in the stage—in high school, he attended a summer training program with the National Theatre of the Deaf, and he appeared in the ensemble of Deaf West Theatre's production of Pippin at Los Angeles's Center Theatre Group—he studied finance as an undergrad at Boston's Northeastern University, and last spring finished a Master's in performing arts administration at New York University.

Yet when the time came to cast the New York production of Tribes last year, directed by David Cromer at the Barrow Street Theatre, McGinty was one of the 50 or so actors from around the country who submitted video auditions. The role of Billy there went to actor Russell Harvard, who reprised it at L.A.'s Mark Taper Forum and the La Jolla Playhouse and was originally announced to lead Steppenwolf's production as well.

But the play has proved popular enough with regional theatres that Harvard can't be in every production. Pat McCorkle, casting director of the Barrow Street production, also cast the Guthrie's, and returned to McGinty's audition.

"Pat McCorkle felt really strongly that there were only a couple of people in the country who could do this role," says Wendy C. Goldberg, who directed Tribes at the Guthrie. "The Guthrie was not going to produce the play unless they found the right actor." McGinty was their man—and when Harvard had to withdraw from Steppenwolf's production due to a scheduling conflict, McGinty took his place here as well.

The play's title refers both to families and to communities. Billy has grown up reading lips and speaking softly, struggling to be heard within his family. But when he meets a young woman from a deaf family who's becoming hard of hearing herself (played here by Steppenwolf ensemble member Alana Arenas), and she introduces him to sign language and Deaf culture (the capital D is used within the community to denote a shared cultural identity), he finds a sense of belonging he doesn't have at home.

"I think it's important for me to present authenticity in the journey that Billy goes through with his family. But it's important too that it's not about the deafness so much. It's the communication breakdown," McGinty says. "There are so many audiences that sit and look and they're thinking about their [own] family history. This play is about being heard and understood at the same time."

Goldberg says McGinty's openness about his own experiences greatly informed the Guthrie's production. "I didn't want to put him in the position of being the emissary from the deaf world," she's quick to add. "But he's aware that he's among performers, and this is really [still] the beginning of his acting career; it felt like everyone was at the beginning of this growth process together. And he really has grown so immensely and so quickly as a performer."

Reflecting on the issues of identity that color the play and are a topic of much discussion in the community, McGinty recalls a moment of clarity from his own life.

"I didn't learn sign until I was in college, so I knew kind of basics, A-B-C's, conversational things. But one girl walked up to me and she said—and she was Deaf, I mean big-D Deaf, grew up signing, very fluent. And she said, 'What's your identity? Are you a cochlear implant person, are you oralist'"—meaning a deaf person who speaks and reads lips—"'are you a signer, who are you?' She was asking me to pick one, to pick an identity," he says.

"And it took me two minutes to, like, think about, really, and I came down to: John is my identity. John as a whole, John with my implant, John with all the things I have. And Billy's situation in this, he's Billy. He's going through his journey, his path."

Now in previews, Tribes opens December 15 at Steppenwolf Theatre Company. Several performances will be offered with ASL interpretation and/or open captioning; see steppenwolf.org for a schedule.