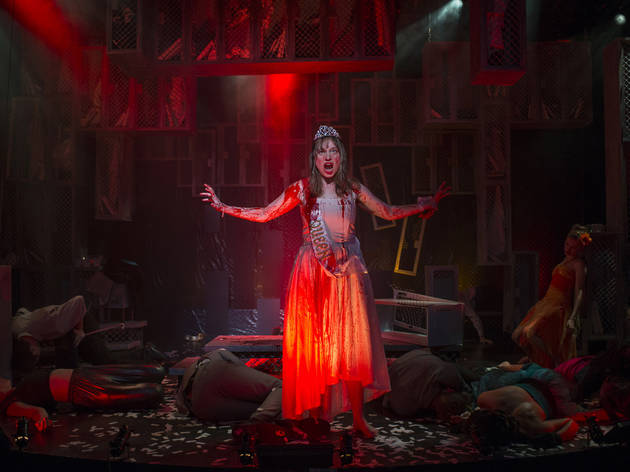 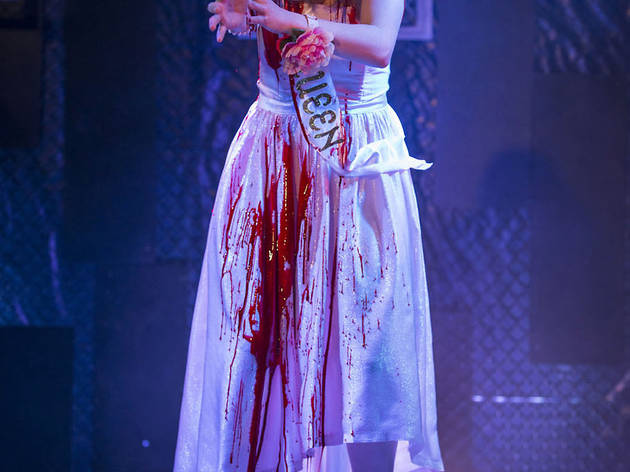 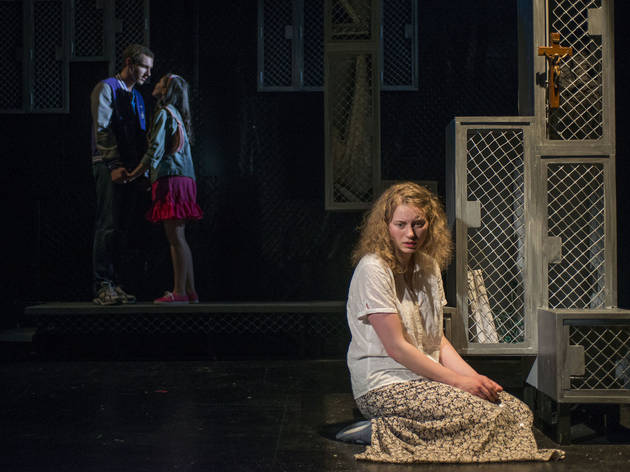 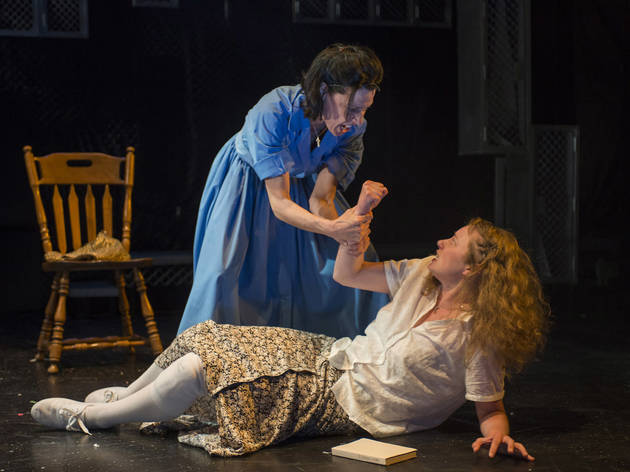 The 1988 musical adaptation of Stephen King's book about a high-school outcast's telekinetic revenge was such a legendarily resounding flop on Broadway that it acquired a certain cult mystique, even finding its way into the title of an entertaining book about Broadway bombs: Not Since Carrie. But the show's book writer, Lawrence D. Cohen (who also wrote the screenplay for the 1976 film version with Sissy Spacek), kept returning to it, eventually leading to a revised production Off Broadway in 2012. That's the version that Bailiwick Chicago presents here in the show's first Chicago staging.

The Broadway staging was accused of a certain overblown tastelessness in the style of ’80s British musical spectacle (it was a co-production of the Royal Shakespeare Company). Certainly, combining the genres of horror and musical theater is a tricky thing to accomplish without veering into camp—particularly in a tale that involves high school mean girls, a repressively religious mother and menstruation as a major plot point. (Locally, Hell in a Handbag Productions acknowledged as much in 2005 with its intentionally camp musical parody, Scarrie.)

But judging by Bailiwick's well-staged, well-sung and finely acted production, Cohen may have gone too far in the other direction in his attempt to fix the show. If anything, there's too little of the supernatural. Carrie White (marvelously embodied by Callie Johnson in a lovely, nuanced performance) is essentially a mutant in the Marvel Comics tradition, with special powers manifesting with the onset of puberty. But Carrie the Musical seems a little embarrassed about that crucial aspect of its story, preferring to dwell in the teen-angst realm up until Carrie's tragic humiliation and power-up at prom.

In that high-school world, we get solid performances from Rochelle Therrien as Sue Snell, the classmate who has a change of heart about making Carrie a laughingstock, and Henry McGinniss as Sue's jock-with-a-heart-of-gold boyfriend, Tommy; Samantha Dubina's malevolent Chris and Sawyer Smith as her crass boyfriend, Billy, provide a welcome touch of over-the-top comic relief.

But the musical still makes misjudgements about how much of that world we need to see musicalized; an entire musical number with the cool kids describing "The World According to Chris," or a duet about finding love sung by Carrie and her gym teacher (Kate Garassino), feel as tin-eared as the repetitive rhyme schemes of Dean Pitchford's lyrics.

The heart of the piece is in the relationship between Carrie and her mother, Margaret, played with a fearsome intensity by Katherine L. Condit. When she and Johnson dig into a duet, that's when Carrie really sets aflame.