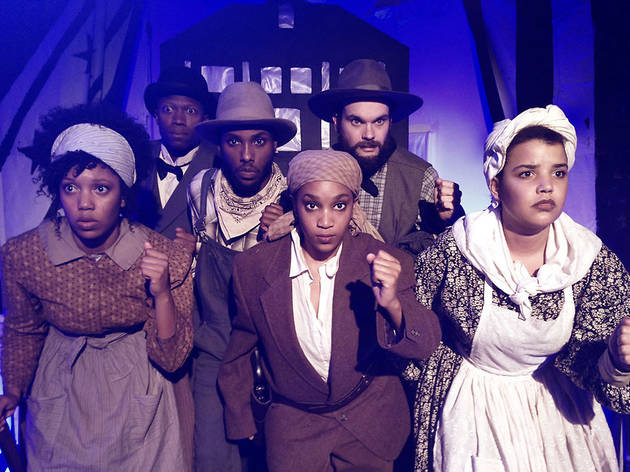 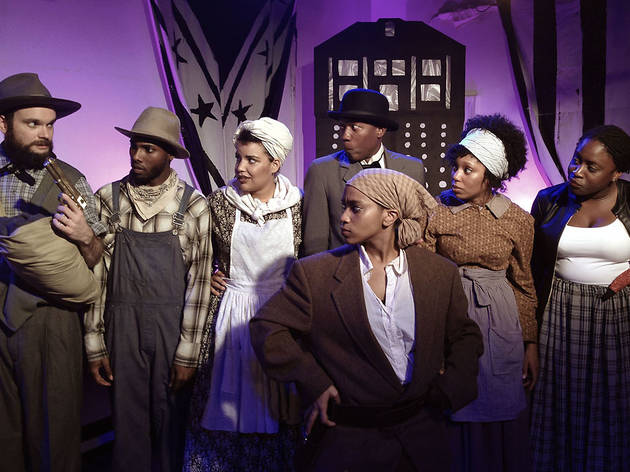 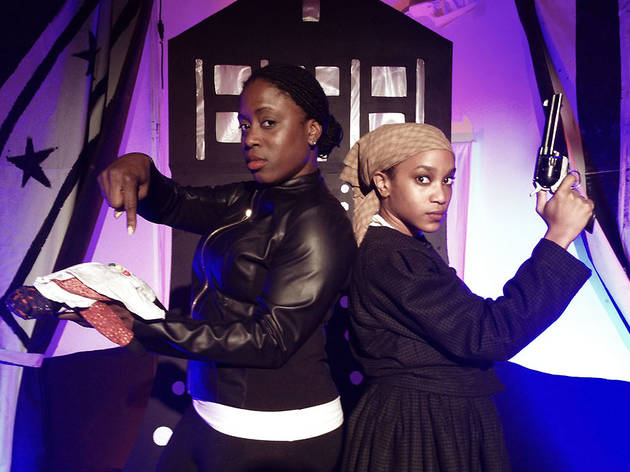 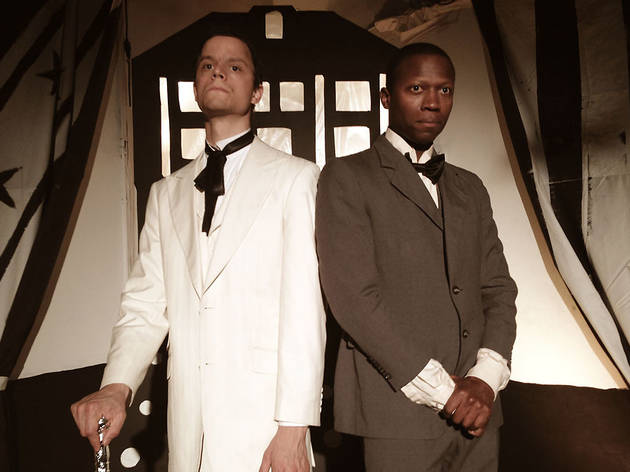 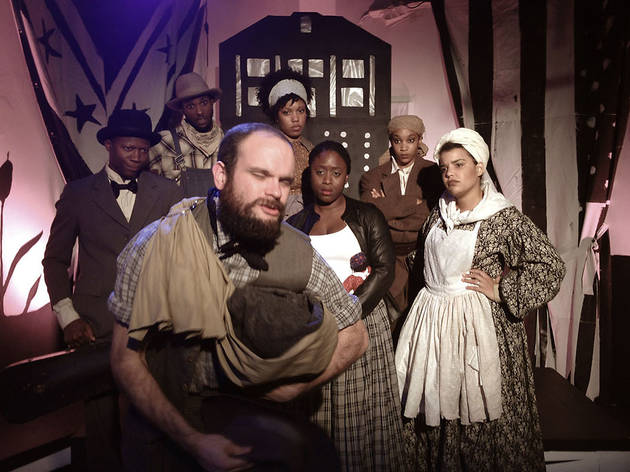 You could say Los Angeles–based playwright Sigrid Gilmer's new work, receiving its world premiere in an endearingly messy Pavement Group production staged by scrappy-smart director Krissy Vanderwarker, is the MTV's The Real World of Harriet Tubman comedies. By which I mean, this is what happens when stories of the American hero of the Underground Railroad stop being polite and start getting real funny.

Unlike more deferential treatments, Gilmer gives her respects to Tubman by treating her as a real person—and an action-movie-style badass. Like her fellow young playwright Qui Nguyen, Gilmer's piece draws its power from its knowledge of, and ability to tweak and juxtapose, pop-culture tropes—and in the case of Harry & the Thief, their application to Tubman's legend.

Harry hinges on a time-travel conceit, with modern minor criminal Mimi (Lucy Sandy) blackmailed by her mad-gay-scientist cousin Jeremy (Osiris Khepera) into traveling back in time to funnel modern arms to Harry (a hilariously spitfiery Marjie Southerland), thus inciting a black victory in the Civil War—which Jeremy sees resulting with him as emperor of the modern world.

But as so often happens in time-travel scenarios, he gets his calculations a wee bit off, and Mimi lands a few years before the war, where she finds Harry shepherding a clutch of slaves (including the terrifically knowing Manny Buckley and McKenzie Chinn) on the run from their conflicted master (a delicious Alexander Lane) and remorseful overseer (Keith Neagle).

What transpires from there is filled with modern pop-cult references both inspired and groan-inducing, sometimes both at the same time; the screenplay-style scene settings are provided by a narrating drag queen (Bryan Bosque) who also provides the saucy voice of destiny, because reasons.

Gilmer's shaggy-dog mixtape aesthetic is a perfect match for Pavement Group's, in that it won't be for everyone. Like Megan Truscott's silhouette-based scenic design, inspired by the work of visual artist Kara Walker, the entire production's execution carries a sense of DIY, on-the-fly imperfection that makes it all the more endearing. And it's a terrific antidote to the reverently anesthetizing historical portraits that are all too often trotted out onstage with ostentatiously expensive polish. Refreshingly, Harry & the Thief is less hagiography, more hell-yeah-graphy.