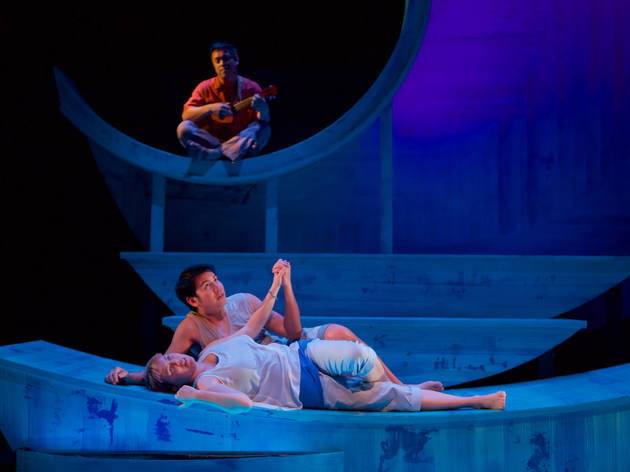 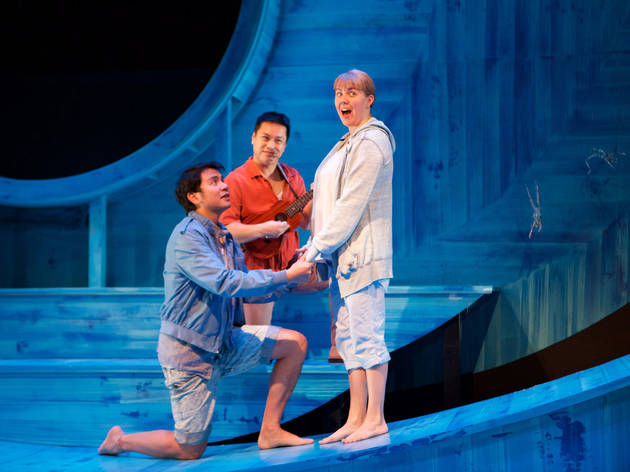 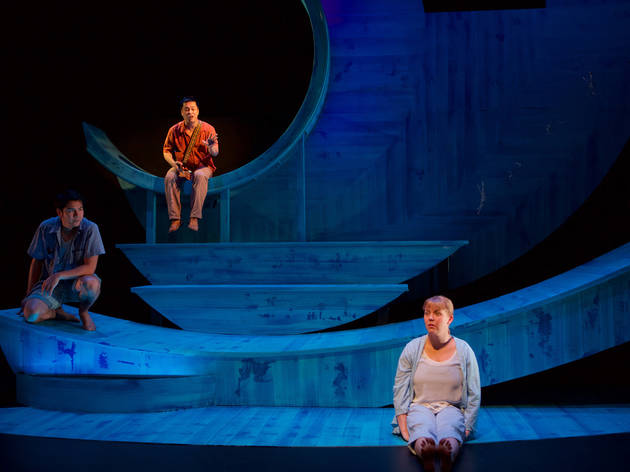 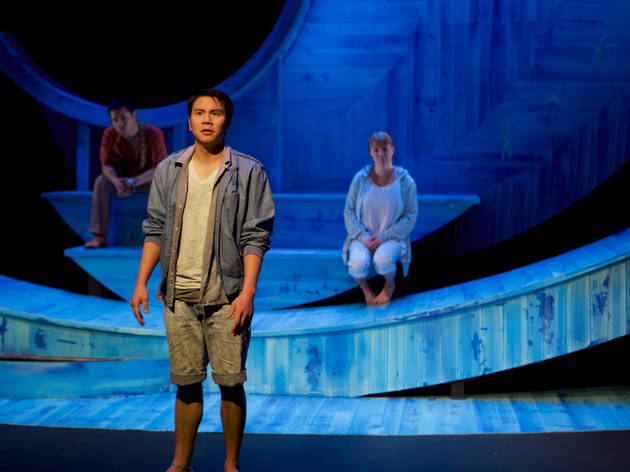 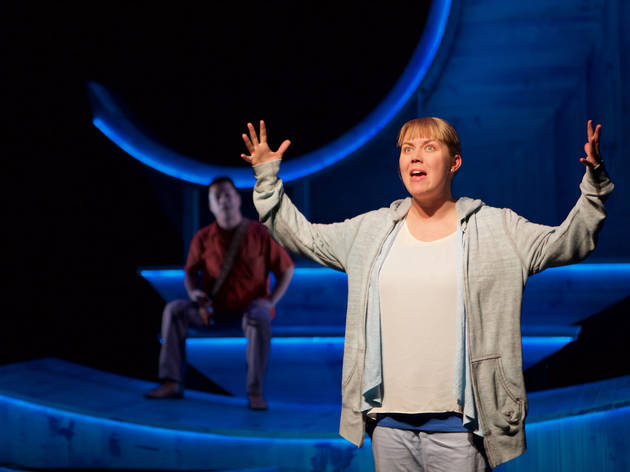 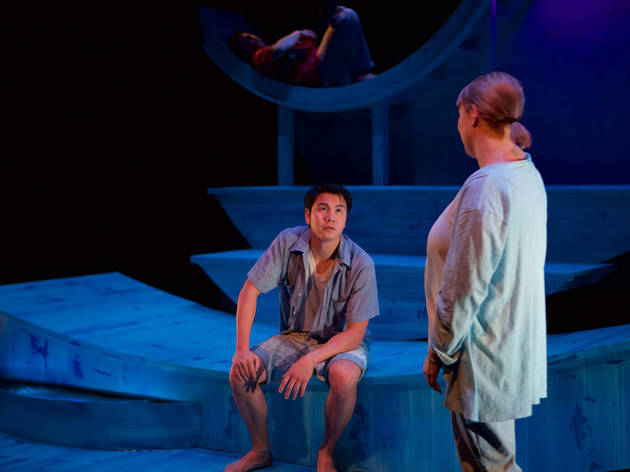 Jessiee (with two E’s, yes) is adrift from Akron, Ohio, where her mother’s long-term illness has suddenly become something from which she has to escape. Kahekili is a resident of the island, a young man determined to make something more of himself than his emotionally broken, alcoholic father. Each prodded by strange dreams, they find each other on Jessiee’s first night in Hawaii, in the wee hours on a low-traffic beach each say they’d have been unlikely to visit. Their rapport is as unlikely as it is instantaneous. But what does it mean for them in the long term?

Jung’s charmer of a script uses just three actors. The odd couple is embodied by the wry Katy Carolina Collins and persuasive George Infantado; Narciso Lobo rounds out the play as an impish, ukulele-strumming narrator named Guidebook. Lobo’s character also morphs into other tertiary voices, mostly of the hotel-clerk variety, but also notably a high-school boyfriend of Jessiee’s. She’s looking back on paths not taken, while Kahekili is desperately searching for any path out of a dead-end existence.

The elephant doesn’t show up in the room until well into the play’s 80 minutes, but it still ought to be addressed (with the requisite spoiler alert): Jessiee is 32 years old; Kahekili, as she finds out only after they’ve had sex on the beach, is 15. In Jung’s writing, Elly Green’s even-handed direction and the cast’s performance, the creep factor is mostly assuaged, though you wonder how it would play differently if the genders were reversed. The potential metaphysical symbolism of their exact age difference—Kahekili is the same age now as would be the baby Jessiee chose not to keep at 17—only makes things weirder if you dwell on it too much.

But with a recurring theme of Maui’s star-packed sky tying into the high-school boyfriend’s affinity for constellations and their ties to myth, Jung taps into ideas about the way fate or chance can sometimes shunt us into an unexpected corner of the firmament. In Sideshow’s production, No More Sad Things is a beguiling, winningly acted fable about the kind of week-long acquaintance that can change the trajectory of your life.