Theater
2 out of 5 stars 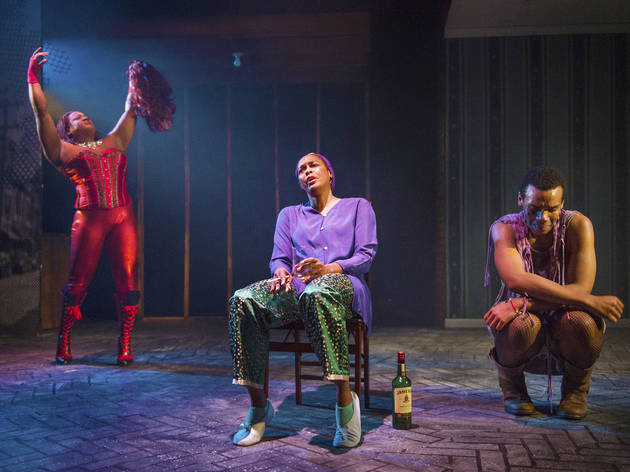 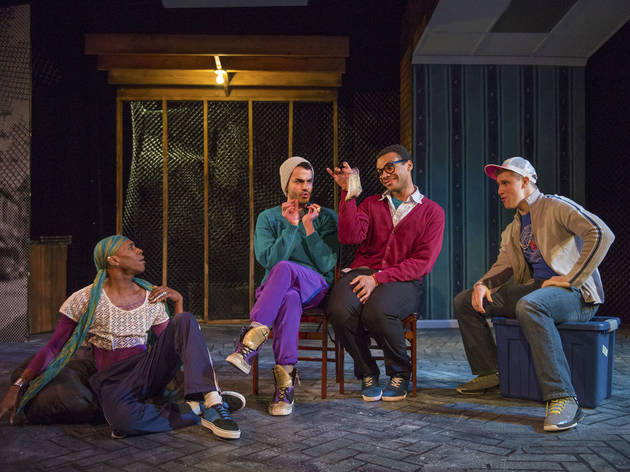 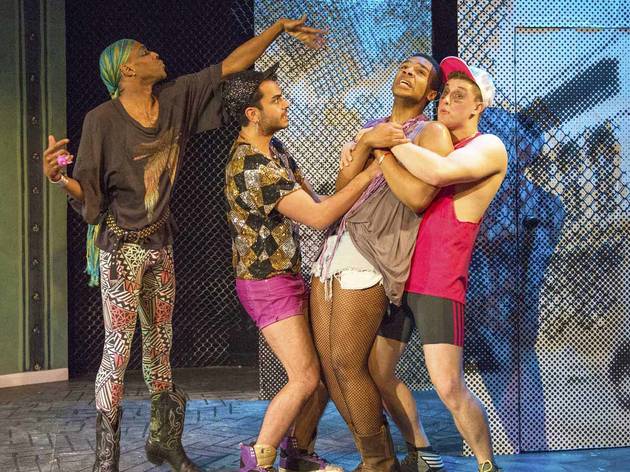 While this gay-themed, drag–tinged reframing of elements of War and Peace has some clever bits, it ultimately falters on fierceness.

Bailiwick Chicago resident playwright Aaron Holland’s high-concept pitch sounds kind of great on paper: Use parts of War and Peace as a stepping-off point for a modern gay fantasy complete with fabulous drag-queen avatar for the timid, parentally-devoted Amari Bolkonski (Armand Fields), Holland’s counterpart to Tolstoy’s Maria. In execution, though, Princess Mary Demands Your Attention is pretty fishy—which unfortunately in this context is not meant as high praise.

We meet Amari as a child, at the moment of his father’s death, before jumping to his gawky teenage years; he falls in with a trio of quippy teen queers (TJ Crawford, David Kaplinsky and Omer Abbas Salem), and though he’s happy to have them over to smoke weed in his imperious mother’s basement—and Amari’s mother, Countess (Pam Mack), and his elder gay mentor, Stacy (Rus Rainear), seem to have no objections to their friendship—Amari still balks at venturing out into the world beyond mama’s house. And then there’s the drag vision, Princess Mary (Baron L. Clay Jr.), who’s been haunting Amari’s sleeping and waking hours.

Holland’s first act has its promise, even if his indulgently repetitive dialogue is in need of a sharp edit; Lili-Anne Brown’s staging somewhat falls victim to the same repetition problem, with the scene changes falling into a pattern of wheeling on and off the same few shoddily realistic set pieces.

But Crawford and Salem have a great energy and chemistry as the comic relief friends who fall into hooking up, and the nascent crushing between Fields’s Amari and Kaplinsky’s Christiano is cute and rootable enough.

Yet in Act II, things really go off the rails, thanks largely in part to a roller-coaster shift in tones: We go from merry-and-gay riffs on Stacy’s wig collection to news that the Countess has had a massive stroke to massive-stroke victim Countess slurring through a remarkable amount of vocabulary and in-jokes, in just a jaw-dropping few minutes. After that, the play skips ahead a decade, but its lugubrious, overwritten scenes begin to drag in the absolute wrong way.

And let’s get back to that drag queen. Clay, who’s meant to be the play’s guiding spirit, or conscience, or muse, served nothing but low-energy lip-synching on opening night. I hope it was an anomaly, but Princess Mary never once demanded our attention; she barely asked for it politely. I hope Holland keeps working on what he’s got here; there’s so much potential, but it needs an extreme makeover.