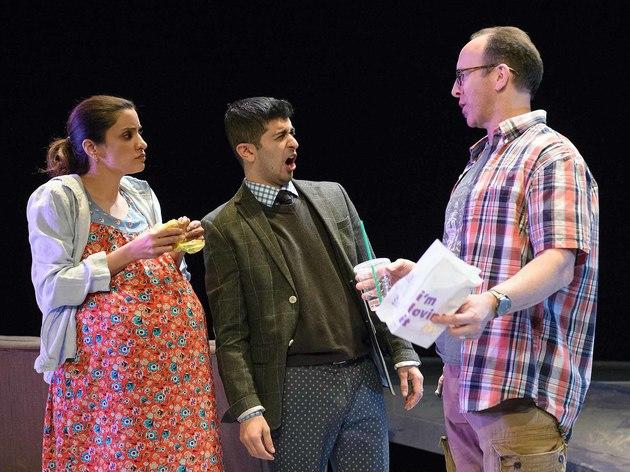 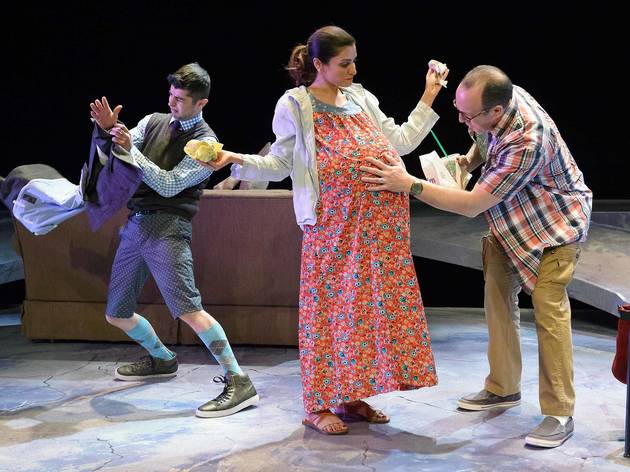 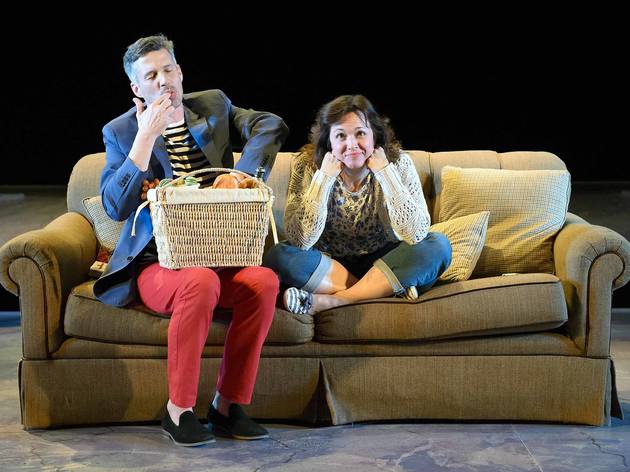 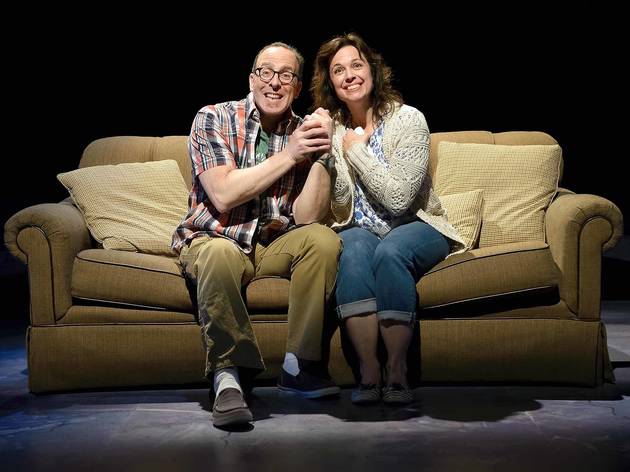 Three expectant parents await the arrival of their child in Lauren Yee's savvy and affecting piece about modern reproduction.

The title of Yee’s lithe and very funny new play is the Sanskrit word for the cycle of birth, death and rebirth in religious traditions including Hinduism and Buddhism. It’s fitting for a tale about a California couple, Craig (Joe Dempsey) and Katie (Lori Myers), who’ve chosen to have a baby with the help of a surrogate mother in India, Suraiya (Arya Daire).

In the final days of Suraiya’s pregnancy, Craig travels to India to be present for the birth, while Katie, who has a crippling fear of flying, stays home. With the time difference and technology leading to garbled communications between the couple, the anxious Katie watches Gigi and finds herself visited by an imagined Frenchman (Jeff Parker).

Meanwhile Suraiya, who’s studying medicine and has her own misgivings about the end of the pregnancy, has alternately cagey and chummy conversations with the fetus, who appears to her—irrationally, she acknowledges—as a young Indian man in short pants (feistily embodied by Behzad Dabu). She calls him “Shithead,” he calls her “Microwave,” and neither is certain they’re prepared to be separated.

Seth Bockley’s staging (on a simple, handsome bilevel set by Joe Schermoly) smartly uses fanciful tools of theatricality—particularly the juxtaposition of simultaneous scenes—to explore some of the very real emotional questions raised by Yee’s scenario about reproductive technology, pregnancy as a transaction, surrogacy as a form of colonialism, and motivations toward parenthood.

But the play’s playful style doesn’t diminish the weight of its substance. Yee, Bockley and their gung ho cast ensure every character—even Parker’s intentionally notional Frenchman—is fully drawn. But amid moving work all around, it’s Dabu’s quick-witted, magnetic performance as the still-cooking kid that dazzles most: Alternately searching and taunting, petulant and passionate, this baby’s a doll.