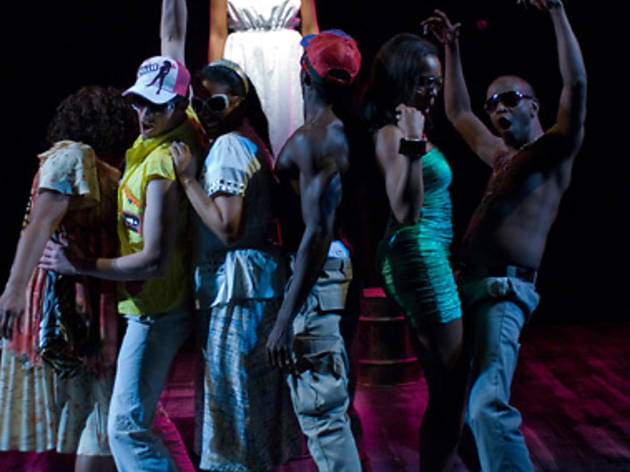 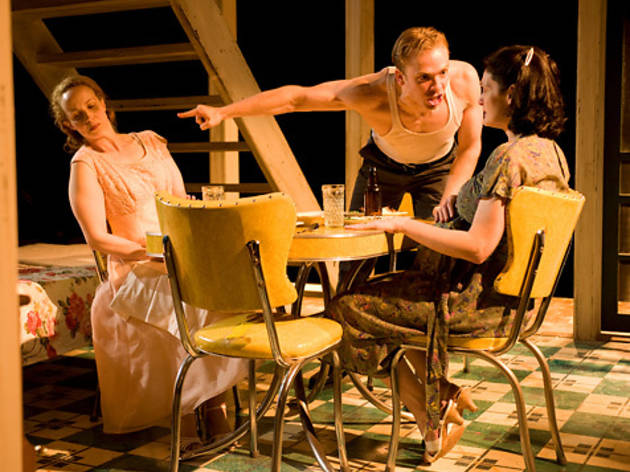 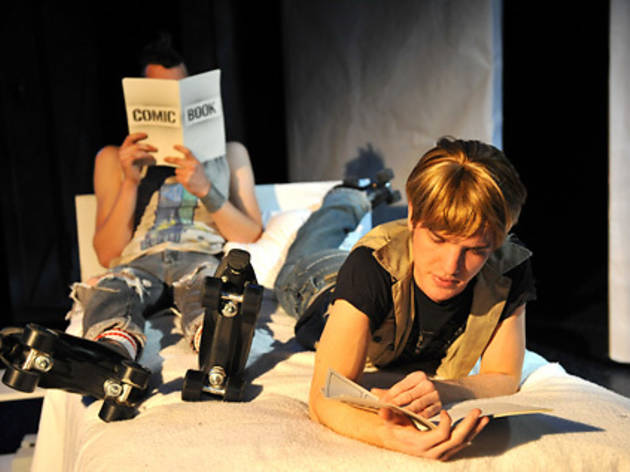 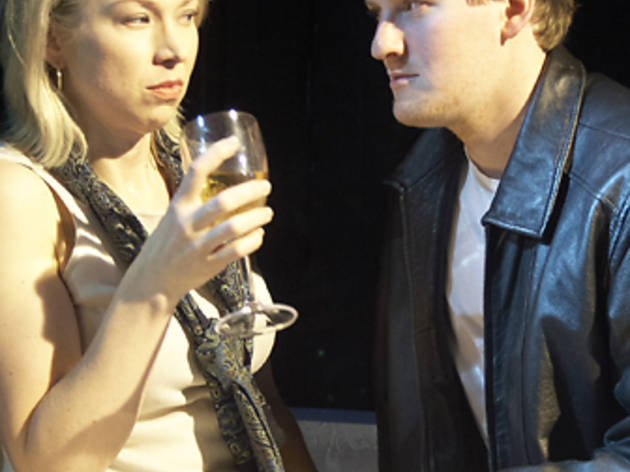 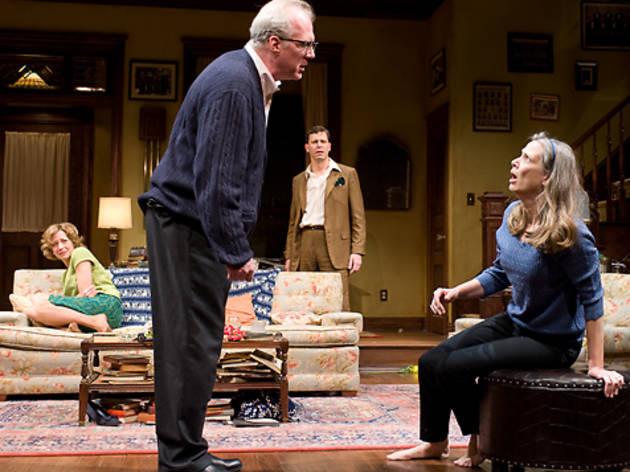 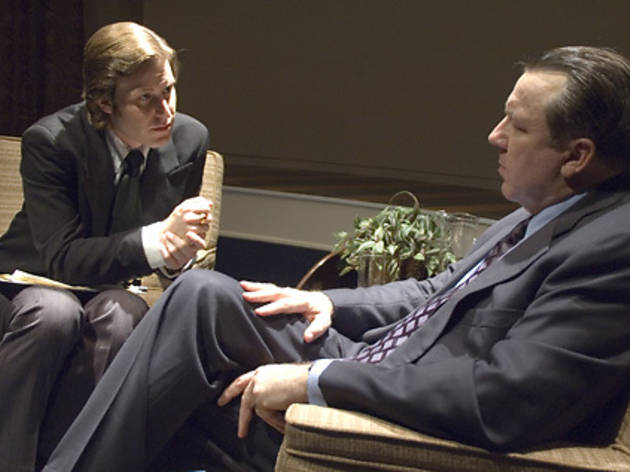 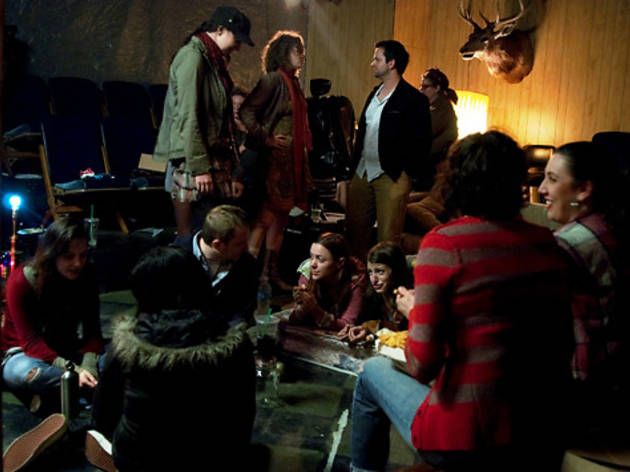 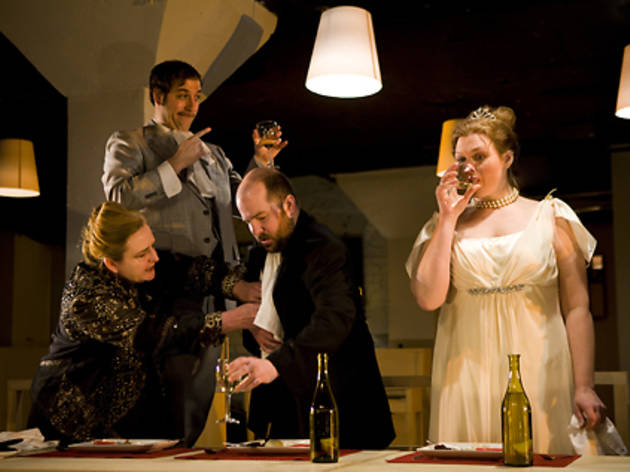 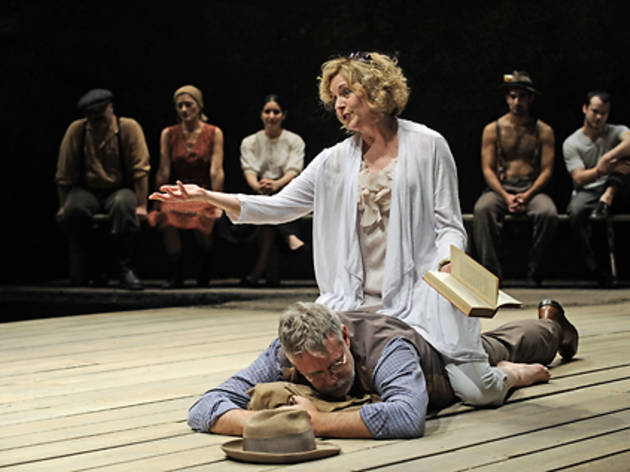 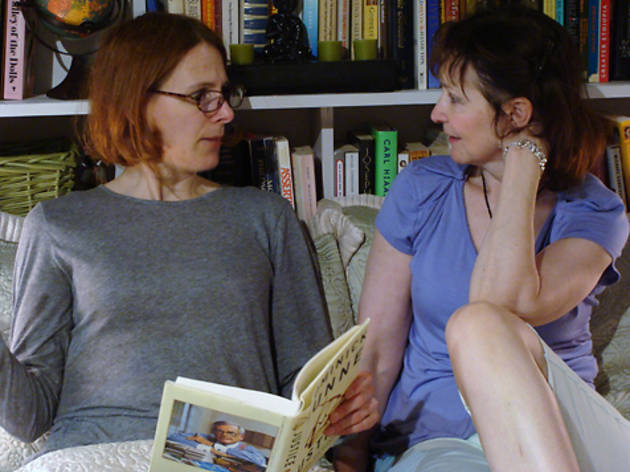 1. The Brother/Sister Plays Steppenwolf Theatre Company
Taken one at a time, the three plays that introduced Chicago to ambitious playwright Tarell Alvin McCraney would no doubt be compelling. But seeing the triptych as a whole felt like being immersed in a new language. Directed with a unified vision by Tina Landau, The Brother/Sister Plays carefully wove together Yoruba tradition and bayou ethos into a vibrant, heightened saga of Gulf Coast life. A stellar, chameleonic ensemble featured an astonishing K. Todd Freeman.

2. A Streetcar Named Desire Writers’ Theatre
This fall, the MacArthur Foundation recognized what Chicago theater folk have known for years: David Cromer is a straight-up genius. His exquisite production of Tennessee Williams’s masterpiece brushed away memories of Brando in a wifebeater, bringing fragile Blanche and stalwart Stella to life as if for the first time. Collette Pollard’s magnificent, unwieldy set afforded myriad fractured perspectives on a set of heartbreaking, pitch-perfect performances. This was a Streetcar for the ages.

3. punkplay Pavement Group
As urgent and concentrated as a punk-rock track, Gregory Moss’s brilliantly funny play was also deceptively empathetic. The roller skates and uncertain sneers worn by Alexander Lane and Matt Farabee as a pair of ’80s adolescents might’ve suggested punkplay was just skimming a surface, but the cast and director David Perez expertly captured the harrowing teenage experience of grasping for identity and validation.

4. Harper Regan Steep Theatre
Simon Stephens’s angular 2008 portrait of the title character’s dalliance with dereliction of responsibility was well-matched to director Robin Witt and Steep’s gifted ensemble. Kendra Thulin marvelously inhabited Harper and her tentative journey to reconciliation with her husband and daughter (first-rate work by Peter Moore and Caroline Neff). Witt’s canny construction of the play’s final scene was a slow-motion punch to the gut—the kind Steep specializes in.

5. Who’s Afraid of Virginia Woolf? Steppenwolf Theatre Company
For the first time in the company’s 35 years, Steppenwolf’s season included a play by Edward Albee. Pam MacKinnon’s sizzling production of the writer’s claim to immortality was worth the wait. Tracy Letts created a killer George, his slouch and high-pitched giggle barely concealing a core of inner fury. As Martha, Amy Morton toned down the role’s usual histrionics, offering an almost vulnerable portrait of Albee’s matchless virago.

6. Frost/Nixon TimeLine Theatre Company
“If the president does it, it’s not illegal!” As Nixon, Terry Hamilton erupted with this dark credo for our times at the climax of Peter Morgan’s docuplay. His bravura turn as the thuggish, though not unsympathetic, 37th President made Frost/Nixon stand out in a year of sharp political statements. Andrew Carter held his own as the insouciant Frost.

7. Cherrywood Mary-Arrchie Theatre Company
Texan Kirk Lynn’s shambling, enigmatic fable of an Austin house party morphing into a political-theory experiment was no doubt striking in its initial incarnation. But after David Cromer assembled 50 or so young actors in Mary-Arrchie’s tiny space, it’s hard to imagine seeing the piece any other way. Combining physical energy and zany abstraction, Cherrywood embodied the vitality of the city’s storefront scene.

8. The Wedding TUTA Theatre Chicago
TUTA gave Bertolt Brecht’s early satire of social mores, in which a wedding party falls apart (as does the furniture), a riotous, tightly choreographed revival. There were so many vividly funny moments and tender connections among the ace ensemble members it was almost impossible to take it all in at once. Happily, we’ll get another chance; TUTA’s planning another Wedding for February.

9. The Seagull Goodman Theatre
No levitating houses or sweeping floods here. The Goodman’s Robert Falls set aside his tendency of recent years to let spectacular design overwhelm actors and story. Here Falls assembled an outstanding ensemble, led by Mary Beth Fisher’s fame-monster Arkadina, and dove deep with them into the text. The result was a spare and lovely rendition of Chekhov’s tragicomic portrait of longing melancholy, filled with breathtaking, human-scaled moments.

10. Body Awareness Profiles Theatre
The drumstick is sure hard to forget, but the most memorable image from Profiles Theatre this year was a flash photograph. That’s how this gorgeously textured 2008 piece by Annie Baker closes, as a troubled family headed by professor Phyllis (Cheryl Graeff) and her lover, Joyce (Barb Stasiw), gather around a kitchen table. Sensitively rendered by Benjamin Thiem’s cast, Body Awareness tweaks academic politics, but its primary interest is Chekhovian miscommunications and inchoate desires.