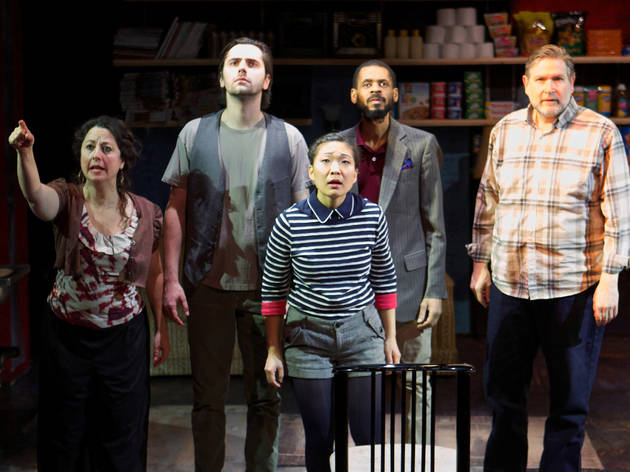 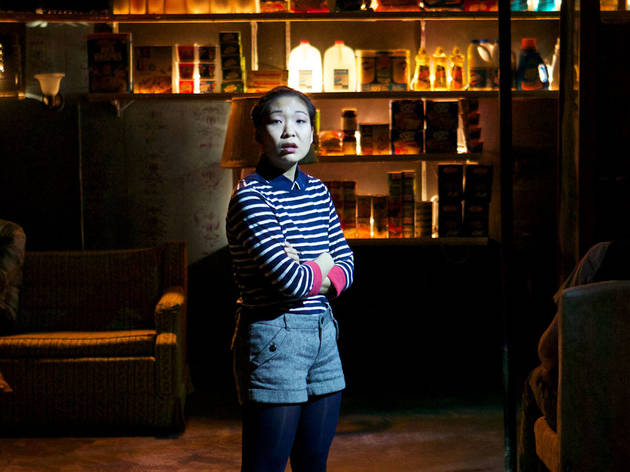 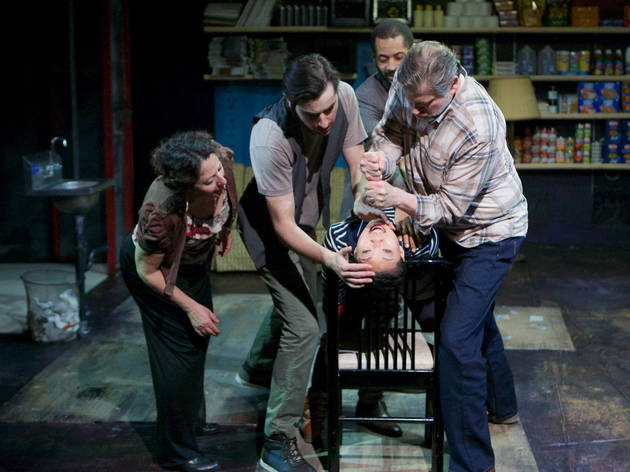 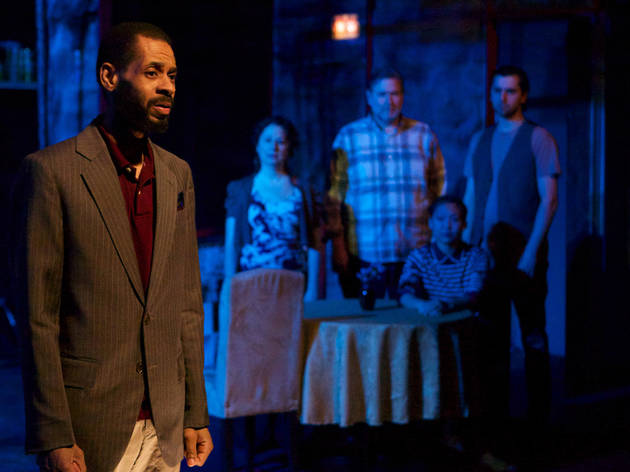 Theater review by Kris Vire
Sideshow Theatre Company mounted the U.S. premiere of German playwright Roland Schimmelpfennig's Idomeneus, a fractured retelling of one story of the Trojan War, in 2012, and they return to the writer's work with another piece that takes its pleasure in the unruliness of human stories.

The Golden Dragon is set in the kitchen and dining room of a "Chinese-Thai-Vietnamese fast-food joint," and in the apartments that occupy the floors above it. Five performers perform more than 15 roles as Schimmelpfennig careens among a half-dozen or so of the million stories in the naked city: the cooks crammed into the sweltering pan-Asian kitchen, including one recent immigrant (Deanna Myers) suffering from a killer toothache; a pair of female flight attendants and roommates (David Lawrence Hamilton and Noah Sullivan) who have dinner after a long flight back from Chile; a couple on the brink of divorce, another at the first blush of passion, and so on.

Also woven into the mix is a version of the fable of the Ant (Daria Harper) and the Cricket (Matt Fletcher) that, as it recurs among the pieces of the other stories, begins to take unexpected and disturbing turns that bring it out of the realm of folk tale and into the modern milieu, invaded by human characters from the apartment building.

It's a challenging piece to follow, and some of Schimmelpfennig's choices can feel like more spice than the dish calls for; the actors often narrate in direct address what their character is about to say before repeating it in character and verbalize hesitations in speech as "pause" or "slight pause." These kinds of tics in the script (the English translation, by David Tushingham, has previously been used in American productions in Washington, D.C., and New York), along with the writer's habit of having actors rattle off inventory-like lists of menu ingredients or kitchen implements, can feel like overpretentious padding.

But by the time the various threads begin to come together, we see how the author has set up his own facade of whimsy only to explode it. And Jonathan L. Green and Marti Lyons's stylish staging, featuring Sideshow's usual high level of production design and a crack ensemble of actors mostly unknown to me, make this a Dragon worth chasing.