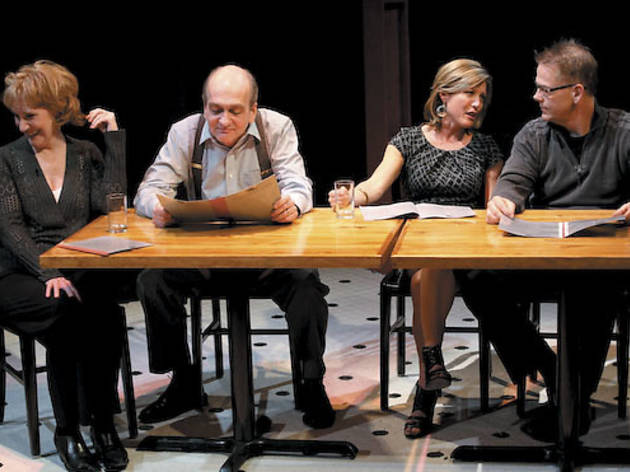 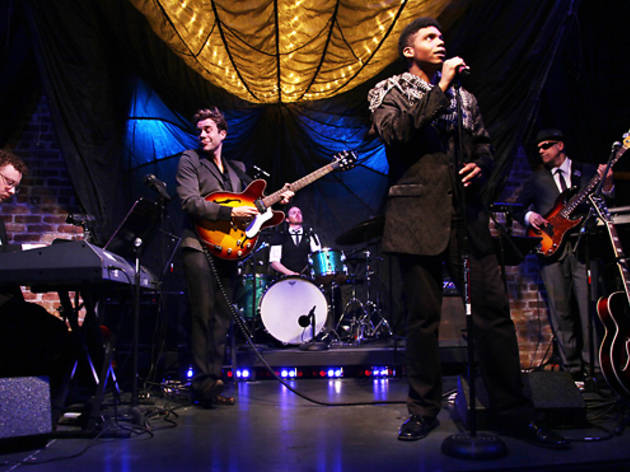 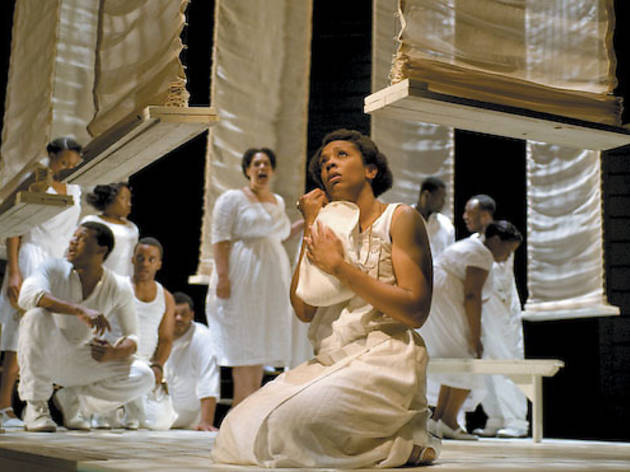 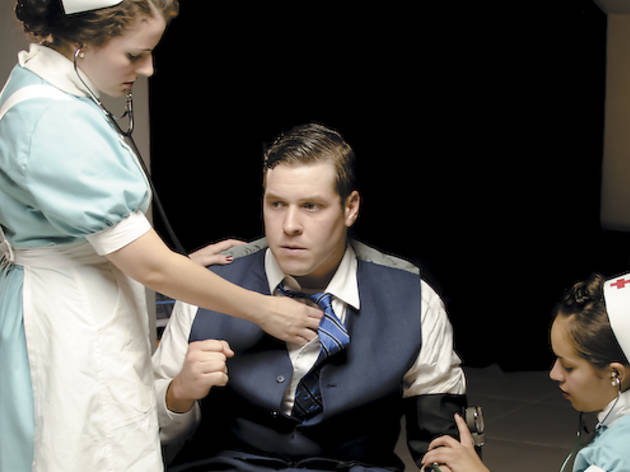 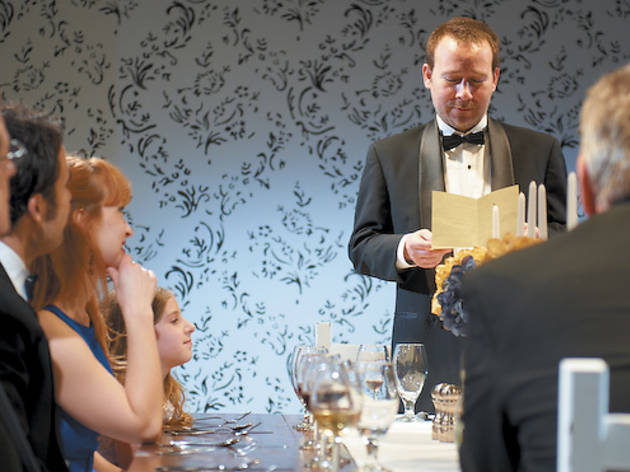 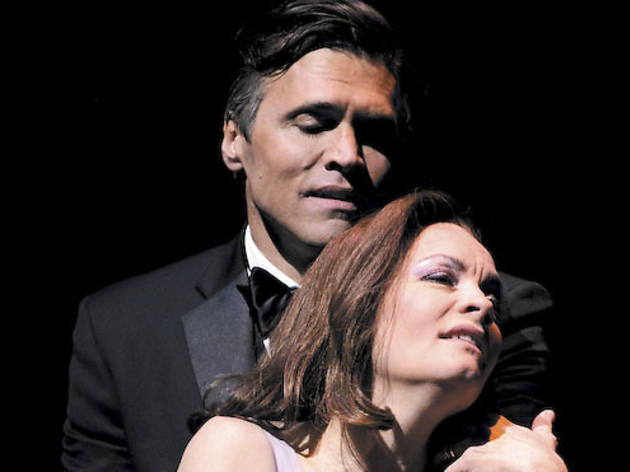 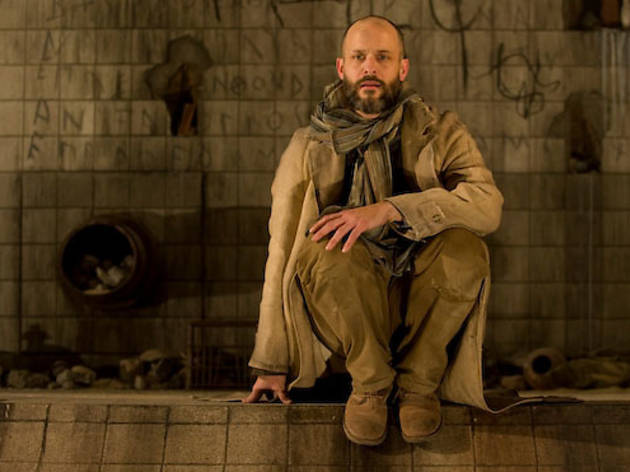 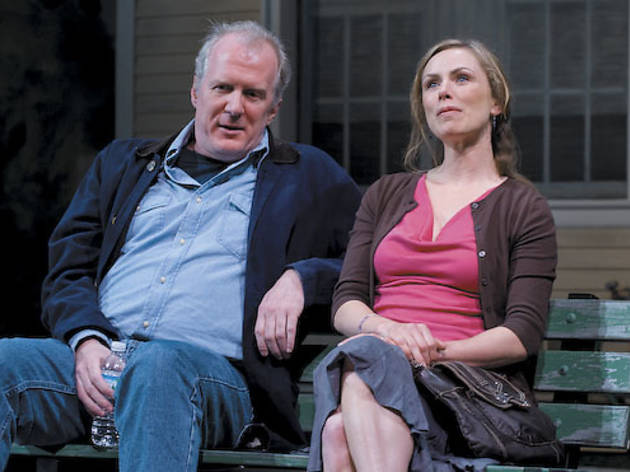 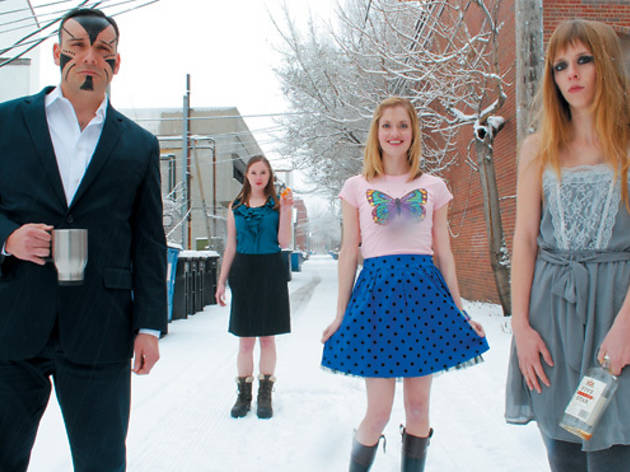 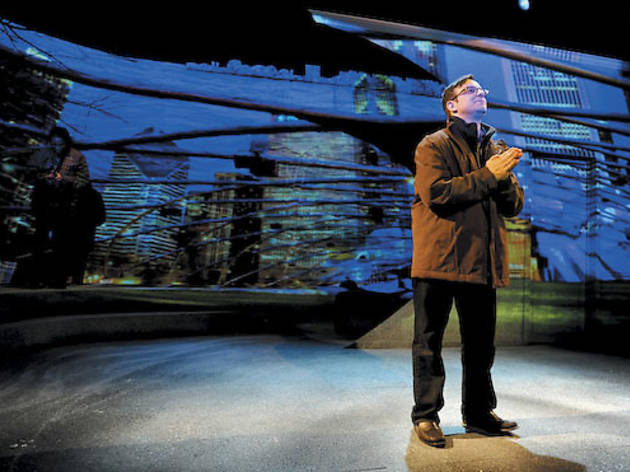 1. The Big Meal
American Theater Company
Dan LeFranc’s meal-as-metaphor piece, which tracked several generations of an American family in its natural habitat, the restaurant, used a simple but striking conceit. Four pairs of actors, each a decade or two apart in age, shared duties in portraying Sam and Nicole and the family they create. As the characters aged, the cast members passed the roles up, the younger actors returning as the next generation. Dexter Bullard’s fluid direction and a pitch-perfect ensemble made it a taste to savor.

2. Passing Strange
Bailiwick Chicago
A singular matchup of artists made possible Bailiwick’s ballsy mounting of cult-fave rocker Stew’s uniquely personal portrait of the young man as an artist. By teaming her theater with hot soul outfit JC Brooks and the Uptown Sound and putting its charismatic frontman Jayson Brooks in Stew’s shoes as narrator, director Lili-Anne Brown found a way to make her production feel as lived-in as the original.

3.Porgy and Bess
Court Theatre
Amid the hubbub over the American Repertory Theater’s revival and its impending Broadway transfer, let’s not forget this year’s first major reimagining of the Gershwins’ folk opera. Employing a minimal staging and an ensemble of actors-who-sing in place of operatic perfection, director Charles Newell and music director Doug Peck plumbed the depths of DuBose Heyward’s characters.

4. Sophocles: Seven Sicknesses
The Hypocrites
Any student who questions what ancient Greek tragedies have to say to us now should be plopped on a pillow in front of Sean Graney’s expert update of Sophocles’ surviving plays. Over four hours that played like four minutes, Graney and a gutsy 12-person ensemble recast Antigone, Ajax, Oedipus and the rest in irreverently modern language, rendering them flashy, funny and, above all, resonant.

5. Festen
Steep Theatre
After holding your breath through Jonathan Berry’s taut production, it’s easy to imagine why British playwright David Eldridge’s adaptation of the Danish Dogme 95 film about explosive revelations at a family birthday celebration tanked on Broadway in 2006. A 1,000-seat house couldn’t have felt the heat coming off simmering actors like Kevin Stark, Michael Salinas and Norm Woodel. No, this tense tale was made for Steep.

6. Follies
Chicago Shakespeare Theater
Stephen Sondheim and James Goldman’s moody musical, which depicts a showgirls’ reunion on the eve of their old theater’s demolition, will always be an odd duck; as Sondheim has written, it’s all atmosphere and virtually no plot. But when done with the right feeling, as Gary Griffin’s magnificent revival was, it’s oddly magnificent. Engrossing turns by Hollis Resnik, Caroline O’Connor and Susan Moniz fueled the dazzle.

7. An Iliad
Court Theatre
The year’s other enthralling update of ancient Greece took the opposite approach of Graney’s grandeur. Denis O’Hare and Lisa Peterson’s adaptation distilled the Homeric epic down to 90 minutes and one actor, who plays a weary poet whose retelling of the wrath of Achilles draws a direct line from the Trojan War through every military conflict of the millennia hence. Timothy Edward Kane’s staggering performance suggested a man whose every moment was haunted by the ravages of war.

8. Middletown
Steppenwolf Theatre Company
“Not everyone will go for Eno’s quippy, epigrammatic approach,” I wrote in reviewing Will Eno’s deceptively banal-seeming meditation on the cycle of life. Choleric Internet comments and reports of audience members walking out at intermission suggest I had it right. But I’m still haunted by Eno’s Our Town without answers. Director Les Waters and an exceptional ensemble showed how a rich life is made up of unremarkable moments.

9. Church and Pullman, WA
Red Tape Theatre
This pair of slyly absurd one-acts by experimentalist Young Jean Lee was well matched both to each other and to Red Tape, an admirably adventurous young company that reached a new high with the double bill. Director James Palmer confidently guided his talented casts past an infinite number of potential missteps in Lee’s tricky material, skillfully achieving the playwright’s disarming tone.

10. A Twist of Water
Route 66 Theatre Company
Both a penetrating family drama and a mash note to Chicago itself, this smart new play by Caitlin Montanye Parrish (who is, full disclosure, a former contributor to TOC’s Theater section) seemed to capture a moment in the city’s mood even as its protagonist, struggling father Noah, related the city’s history. We’ll see how it plays in other cities—Route 66 plans to take its production to New York next fall. But to Chicago audiences, its resonance was clear.