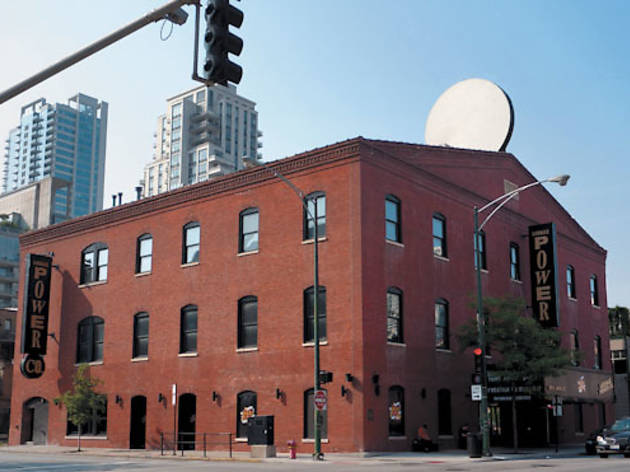 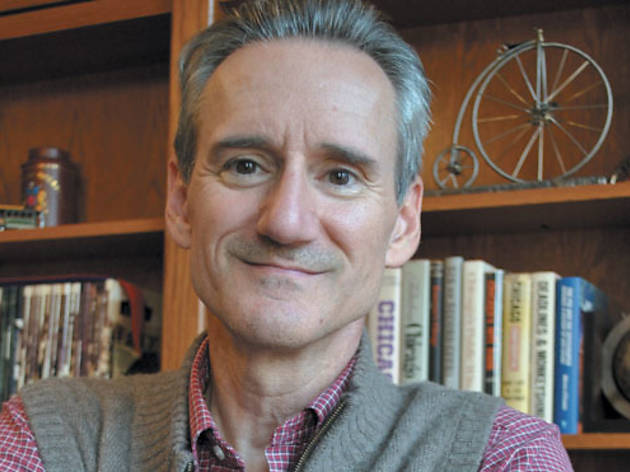 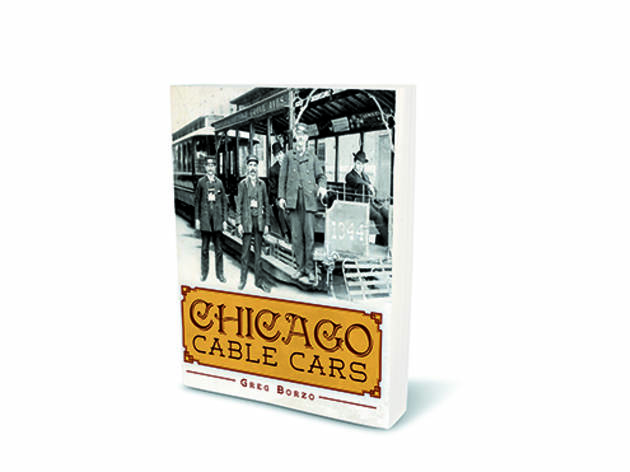 On a sunny, unseasonably warm January morning, Greg Borzo parks his bicycle in front of an unassuming Chicago landmark: 500 North LaSalle Street. The address most recently housed the club LaSalle Power Co. and is currently being renovated to become another eatery. The three-story brick building is perhaps best remembered as the former home of Michael Jordan’s Restaurant; the ill-fated resto’s name is still spelled in tile inside the door. But Borzo’s appreciation has nothing to do with His Airness.

“I call this the crown jewel of the vestiges of the city’s cable-car system,” says the 58-year-old freelance journalist and cycling-scene regular. The powerhouse was built between 1886 and ’87 to hold machinery to move cars along 10,000 feet of cable through a tunnel under the Chicago River, into downtown and back. “There were several powerhouses that had other cables all over the city. But this one had a big job,” he says. The North Chicago Street line is part of a system that the likes of architect Daniel Burnham and Devil in the White City serial killer H.H. Holmes rode to the World’s Columbian Exposition of 1893, Borzo notes in his exhaustive new history Chicago Cable Cars (the History Press, $24.99).

“When it went up, the LaSalle Street Cable Car Powerhouse was a massive building for this part of town,” Borzo says. “It was a dominant structure that spoke to the importance of cable cars—the hottest, most efficient form of mass transit in the world for a short period. Public transit had moved beyond horse cars and wasn’t quite into electric trolleys. In that little window of time—for Chicago, 25 years—cable cars were it.”

While researching his ’07 book The Chicago “L”, Borzo first looked into the forerunners of today’s system. “I was amazed to find out we had cable cars,” he says. He realized the subject was a historical blind spot. “I had even experts contradict me. They’d say, ‘Cable cars? No, you mean trolley cars. Chicago didn’t have cable cars.’ Even at the CTA. I said, ‘I’d like to see your photo files.’ They said, ‘You’re welcome to look, but Chicago never had cable cars.’ That’s when I knew I had to tell this story.”

At one time, before electrically powered trolleys overtook the last of the city’s mechanically run cable cars in 1906, Chicago boasted the largest system in the world, in terms of passengers and equipment. In length, Chicago’s 82 miles of track were bested only by San Francisco at its peak. Six lines fed into downtown, where cars looped back to their termini. “There’s a big controversy among historians if ‘the Loop’ refers to the cable-car loops or if it refers to the elevated loop,” Borzo says. “I believe it originally comes from the days of the cable cars.”

Memory of the vast system has faded, he says, in part because little of its infrastructure survives. During the turn-of-the-century trolley takeover, cable-car tracks were ripped up or buried. Still standing, in addition to the LaSalle Street building, is the West Chicago Street Railroad’s former powerhouse at Washington and Jefferson Streets. It’s now home to the International Brotherhood of Electrical Workers Local 134 and meetings of the 20th Century Rail Club. An old cable-car “waiting room” at the former end of the 55th Street line today serves as the Hyde Park Historical Society’s headquarters.

Powerhouse properties were sometimes converted into parks or parking lots after the massive equipment in the buildings’ basements was deemed too costly to remove. Jonquil Playlot Park in Lincoln Park and a West Loop pay lot at Jefferson and Van Buren Streets are inadvertent graveyards for cable-car infrastructure. “A conspicuous absence,” Borzo says, “can be a vestige, too.”