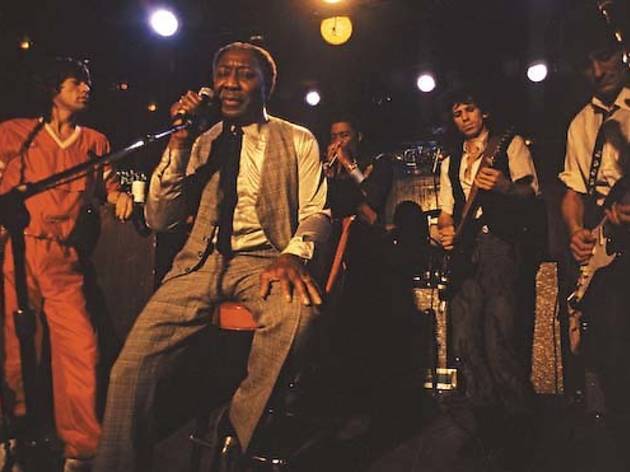 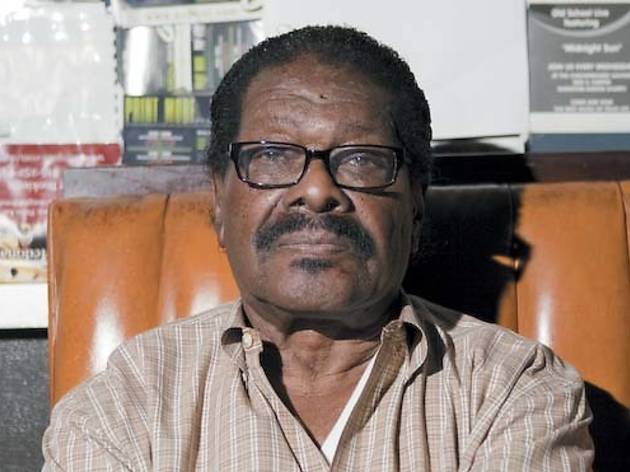 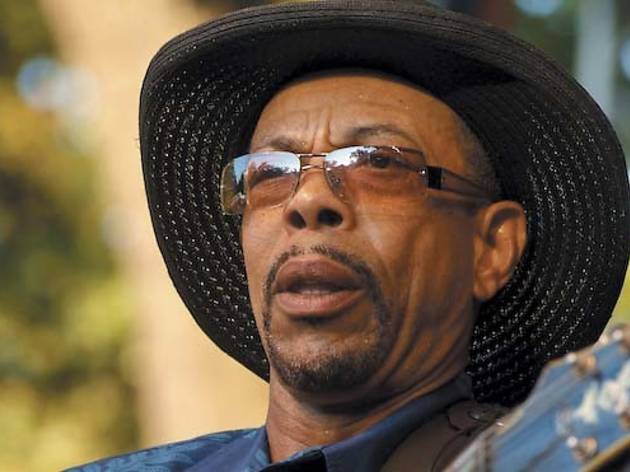 When Hubert Sumlin died penniless of heart failure at the age of 80 last December, Mick Jagger and Keith Richards stepped in to pay funeral costs for the influential Chicago blues guitarist. It wasn’t the first time in the Rolling Stones’ 50-year career that the band acknowledged its debt to this city’s aging blues musicians.

The Stones’ fealty was perhaps never more evident than on November 22, 1981. While in town for a three-night stand at the Rosemont Horizon (now Allstate Arena), Jagger, Richards and Ronnie Wood sat in for a secret, guest-list-only set with Muddy Waters, the man who recorded “Rollin’ Stone” in 1950. Waters also called up Buddy Guy, Lefty Dizz and Junior Wells to the stage of the old Checkerboard Lounge on 43rd Street. (The club closed in 2003, and relocated in ’05 to 5201 South Harper Court.)

Bootleg video and audio of the 90-minute show have floated around ever since, but last week saw an official DVD and CD release, Muddy Waters & The Rolling Stones Live at the Checkerboard Lounge, Chicago 1981. Three witnesses discussed the events of that historic night.

L.C. Thurman, owner of the Checkerboard Lounge A week before the Rolling Stones came to town, their manager came to check out the place. He told me, “The Stones want to do a show here with Muddy Waters.” He gave me $500, and that’s how I knew he was for real.

Martin Salzman, former manager of Buddy Guy and Junior Wells The Stones people called me a day before the gig to ask Buddy to play. Musically, it wasn’t ideal circumstances. The stage was too small, and the Checkerboard didn’t have much of a sound system.

LT The Stones didn’t want to play a nice place. They wanted a juke joint, and the old Checkerboard was a hole-in-the-wall.

John Primer, guitarist and bandleader for Muddy Waters Me and the rest of the band didn’t know what was going on until we got to the club. When I showed up, Rick Kreher, the other guitar player, said, “Muddy’s doing a special event with the Rolling Stones.” I was like, “Are you kidding me, man?”

LT The only thing out front was a big sign: appearing tonight muddy waters. But word got out, man. People started calling: “Are the Rolling Stones going to be there?” I had to take the phone off the hook. There were thousands outside. The Stones didn’t want more than 75 people in there.

MS There were people outside who would’ve paid anything to get in—four or five hundred dollars.

LT I took a few hundred dollars and told security, you know, “This here is my best friend.” [Laughs] Chicago police had blocked off 43rd Street from King Drive to Vincennes, but we didn’t let the cops in the joint because the Stones had bought every table a bag of reefer to smoke.

JP Muddy and the band did a few songs, and the Stones were just sitting in the audience, drinking. Keith Richards came to the stage carrying a fifth of whiskey. Muddy had told me I had to stay onstage all night to keep the band together.

LT Mick Jagger was wearing a workout outfit, something like a jumpsuit. He didn’t dress fancy.

JP My impression of Mick, Keith and Ronnie—it was like they were poor people, just partying and drinking, all of us jamming together.

MS It was fun to watch the Stones fawn over their Chicago blues heroes. Mick and Keith would get all giddy, like kids. They thought the Chicago guys could walk on water.

LT After the show, we all hung out, bullshitted about how Muddy only drank Champagne. The Stones smoked reefer and drank Jack Daniel’s. I had to run out to the store to get more.

JP To me, that night was Muddy’s way of giving his blessing: “[The Stones] are carrying the torch now.”