The 6 best and 6 worst El stations

Some CTA stops make us happy to ride the train, other make us angrier than a tourist trying to reload a Ventra card

Taking the El isn't always the most reliable or efficient way of getting around the city, but it sure beats waiting for the bus (most of the time). The CTA has done an admirable job of renovating some of its aging facilities, and the renovation plans for the horribly deteriorated Wilson stop on the Red Line announced last week could take it from worst El stop in the entire CTA system to the best.

So which stops will take the new "worst" title when Wilson becomes the gleaming, gorgeous station the CTA is promising nearly three years from now? And which are the best, the stops that Wilson will have a hard time beating in terms of cleanliness and charm? We took a ride on the rails and picked out favorite and least favorite El stops. 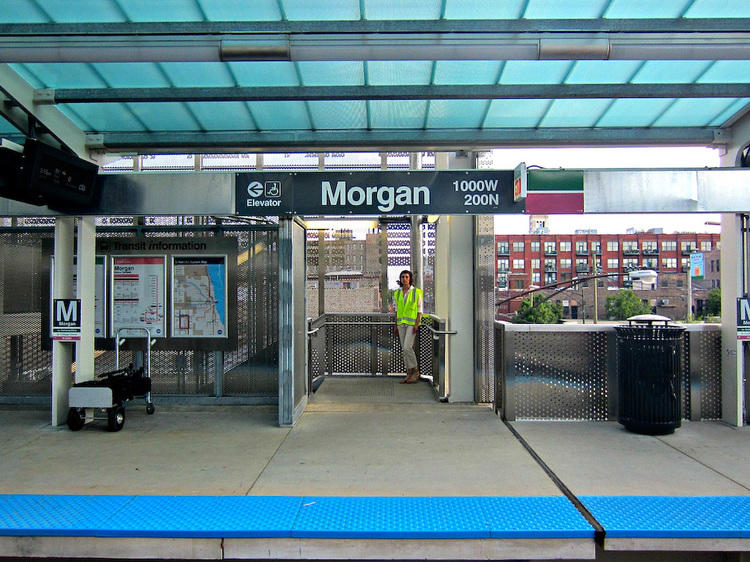 The Morgan Green and Pink Line stop, which provides access to Randolph Street restaurants, is one of the nicest in the city. It makes sense, since it’s just two years old. It’s pristine, has a long canopy, and the station’s glass walls make it feel bright and airy. 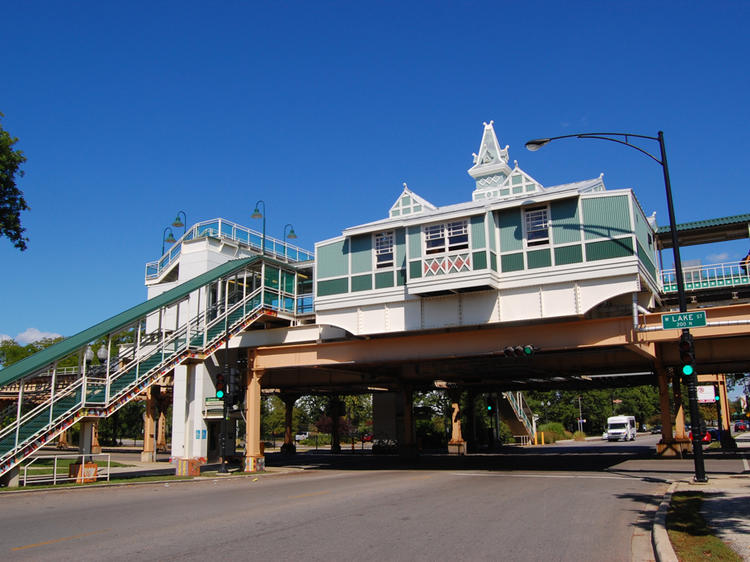 This stop features a pair of adorable 19th century houses that were moved from the now-gone Homan Station (1894–1994) when the Conservatory–Central Park Drive stop opened 13 years ago. There’s a view of the Garfield Park Conservatory, the entire platform is covered with a canopy to protect you from rain, and everything is painted in a variety of green shades. This is the cutest station, hands down. 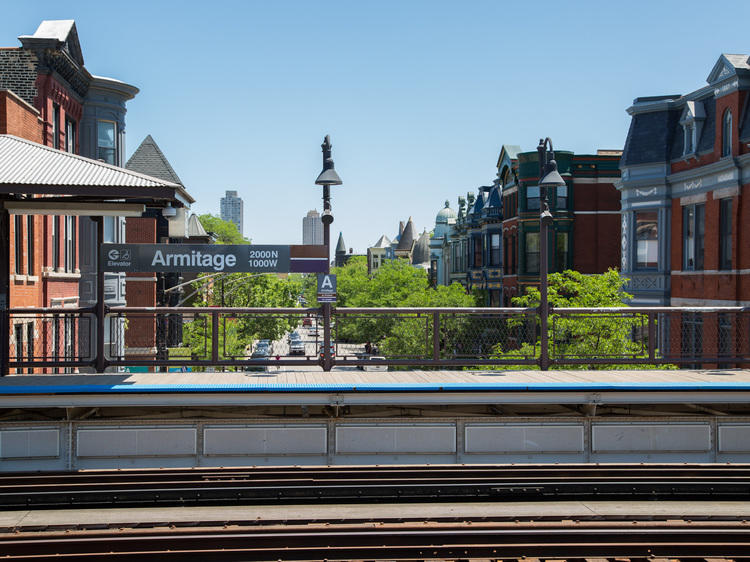 There’s nothing terribly special about the stop itself, but the view of the colorful, Queen Anne–style homes lining Armitage makes the wait for a train less tedious. 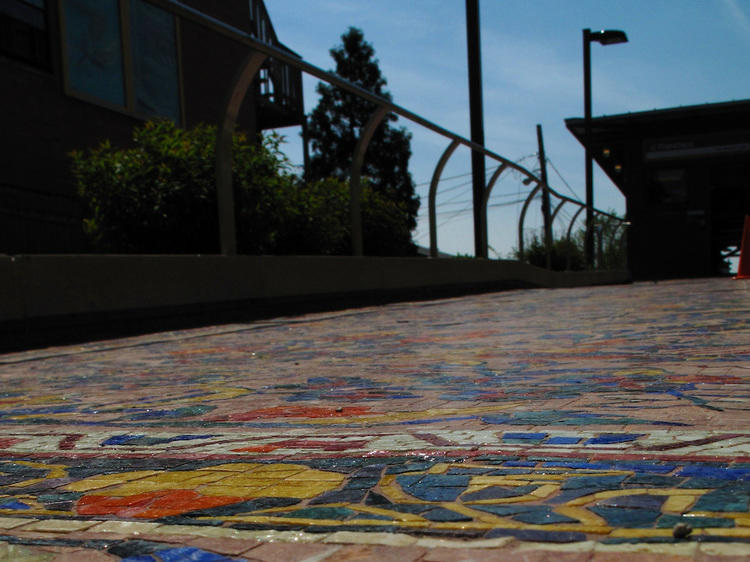 That magical moment when the elevated train glides down to street level can only be beat by emerging at this stop and walking down the ramp covered in mosaics that appear like a Persian rug. The fact that you’re in bucolic Ravenswood Manor adds to that you’re-not-in-Chicago-anymore feeling. 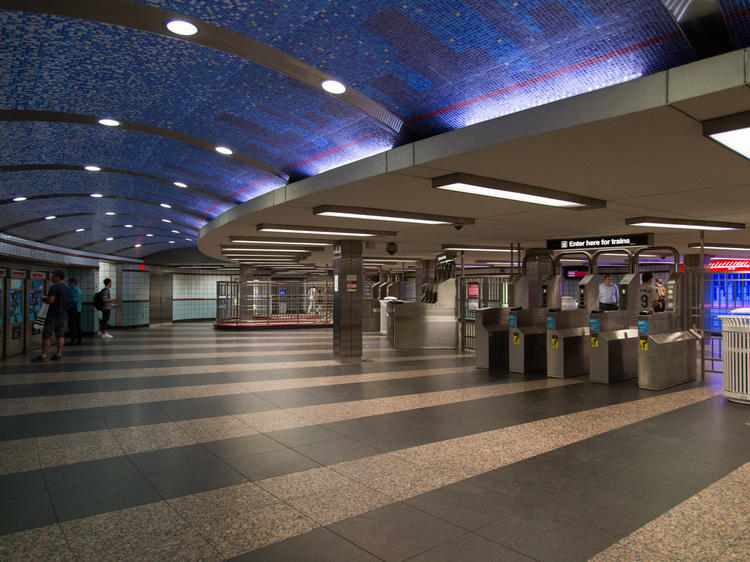 It’s spacious. It’s clean. It has gleaming blue and red tiles covering the walls and ceiling. And, posted above the stairs down to the platform, is a sign that tells you when the next train is coming so you know whether to nearly break an ankle scrambling down the stairs or take your sweet time. 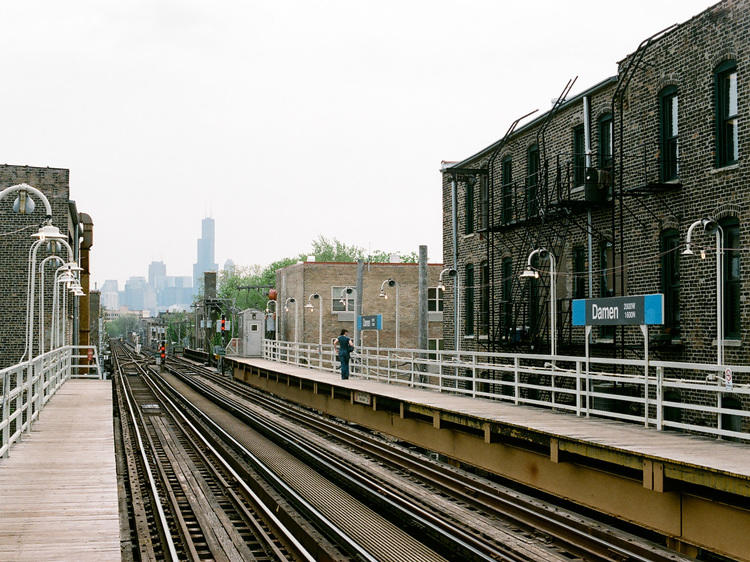 The last wonderfully gritty thing left in West Lincoln Park—er, Wicker Park—may be this El stop. It's dingy and the platform is pressed right up against neighboring buildings, but the historic station house is incredibly charming. 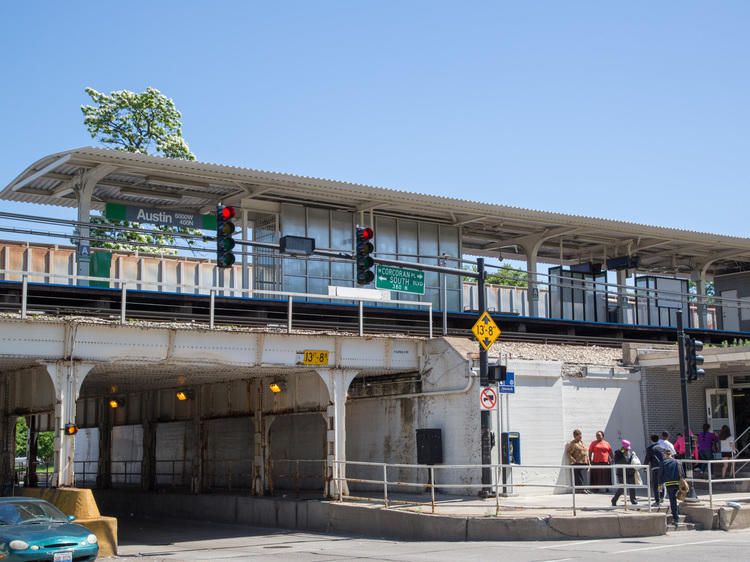 With their tons of concrete and metal-cage pillars, the newer Green Line platforms are fine, if dull and a touch Soviet. The stations below are another matter. The Austin exit barely holds two people and feels like a tiny troll chiseled a cave-house into an underpass, before covering it in chipped shower tiles and turning it into the cramped locker room of a decaying Romanian bathhouse. 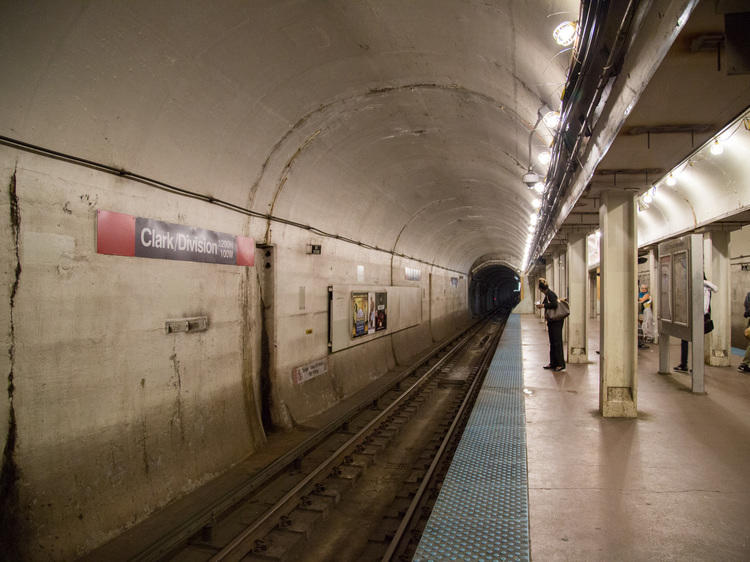 Those looking to be a 21st century Dante could easily set the entrance to hell at any of the four Red Line stairwells on Clark and Division. The paint has flaked and pinked; the tiles are chipped and gunky. It feels like you're descending into something akin to both an infected throat and gas station urinal. A strange, dusty film of dehydrated puke, beer and junk food cakes the steps. What is this, New York? 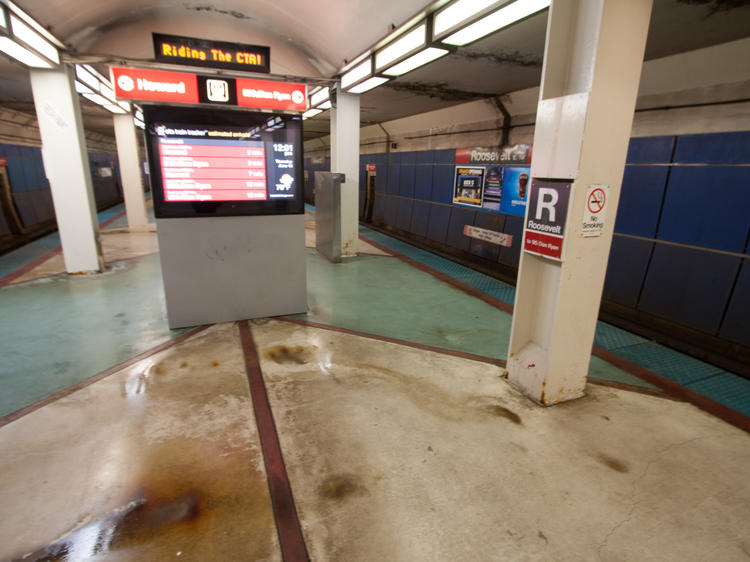 The Roosevelt station itself is a pretty nice place, with its educational murals and spacious turnstile entry. However, venture down onto the platform and you’ll likely encounter several puddles of unidentified fluids—even in the elevator. Is the station positioned directly under an underground reservoir or is this just a popular spot for public urination? 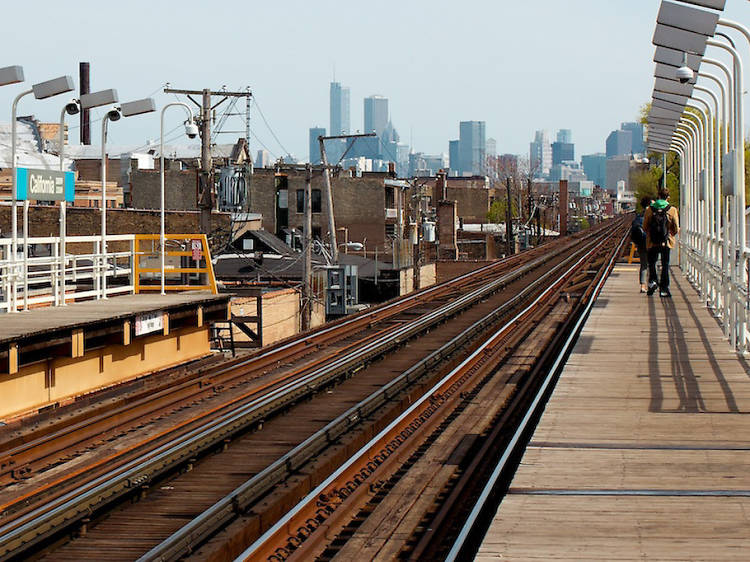 Logan Square has arrived, but you wouldn’t be able to tell by looking at the train station that welcomes you to the neighborhood. The smell of garbage drifts up from the dumpster-filled alley next door and rats can sometimes be seen scurrying along the elevated tracks. If you’re on your way to one of the area’s trendy restaurants or bars, it’s enough to make you lose your appetite. 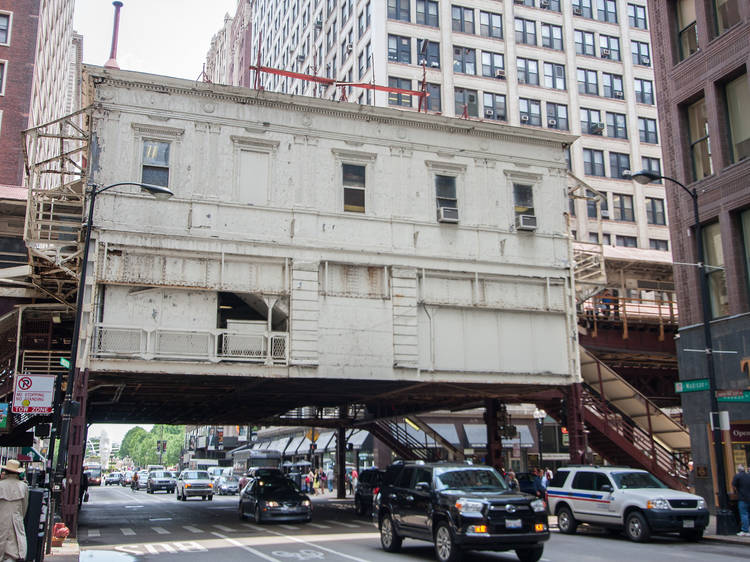 Like some run-down house suspended over Wabash Ave, this neglected station is an eyesore inside and out. Venture up the stairs and you’ll find that its drab facade is complemented by chipping paint that coats the interior. At least it has the potential to scare away a few tourists, freeing up a few seats for your ride home. 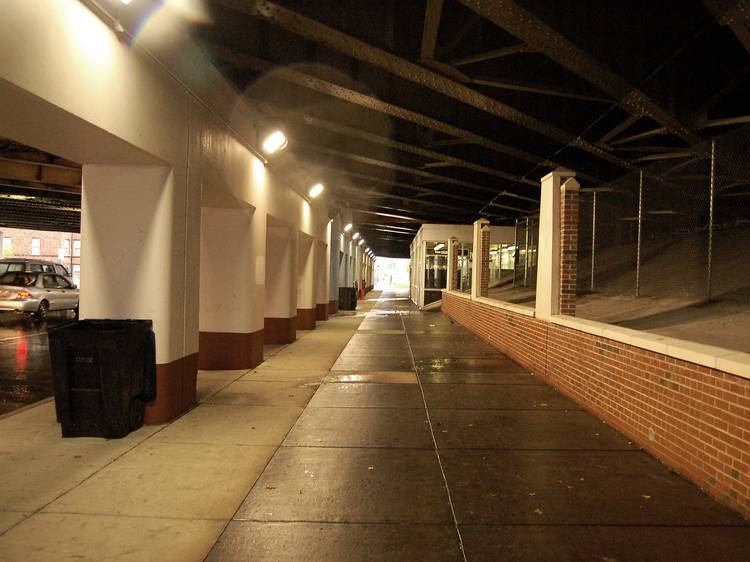 The sidewalks outside the Irving Park Blue Line are absolutely disgusting—there’s so much bird poop that there must be a flock of pigeons from The Birds living nearby. Then it’s a haul up to the platform, which is narrow and windy. Since the station is located along the Kennedy, cars are zipping by as you wait in the middle of the expressway. It’s miserable.