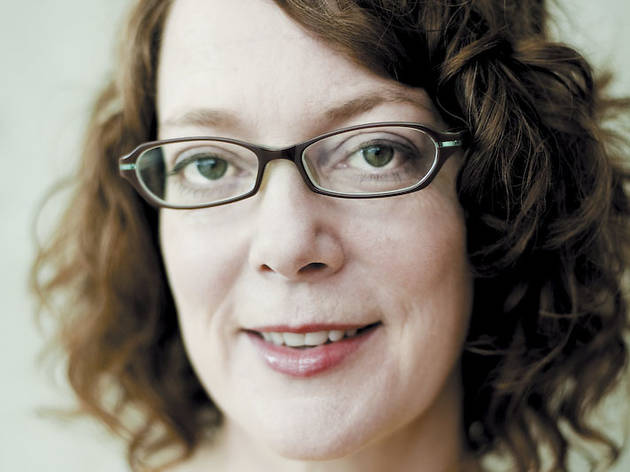 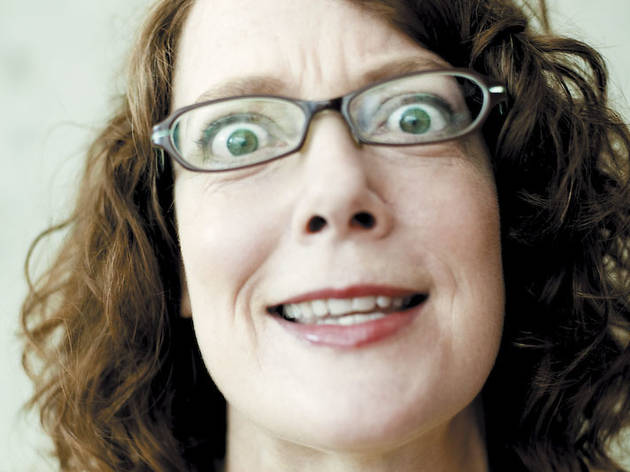 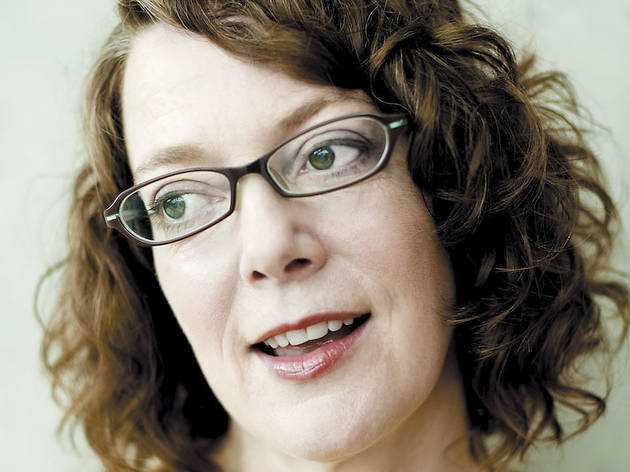 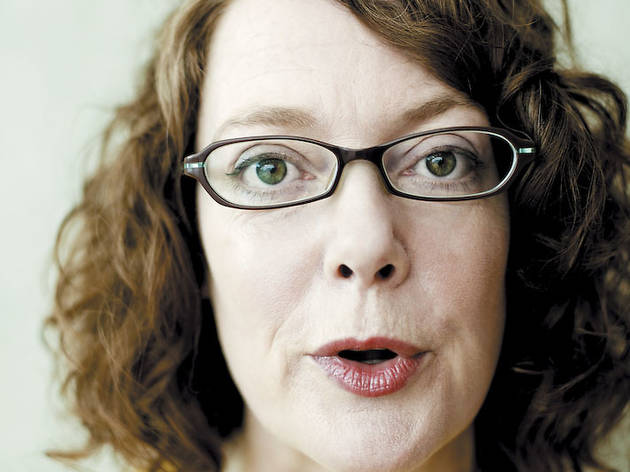 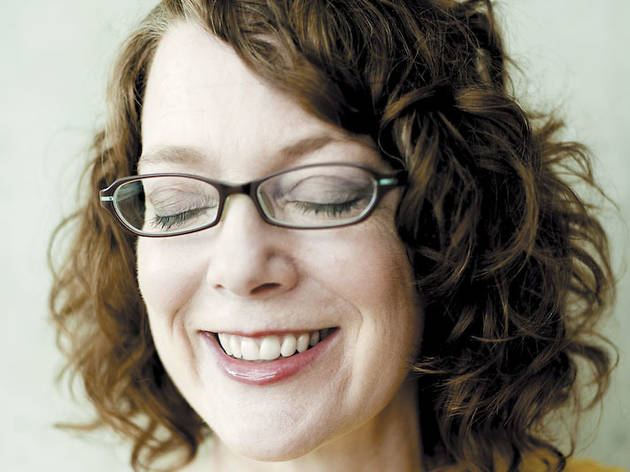 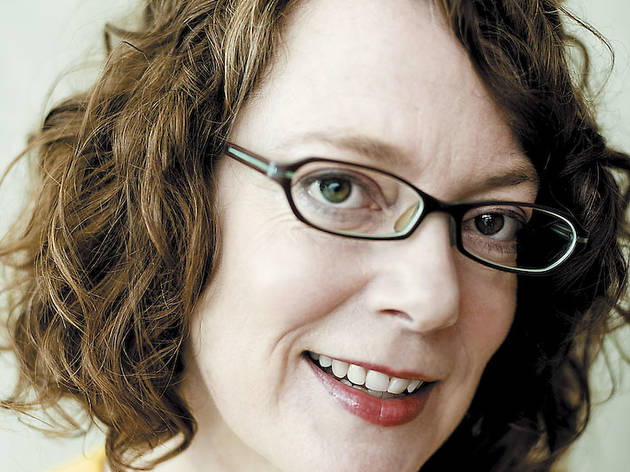 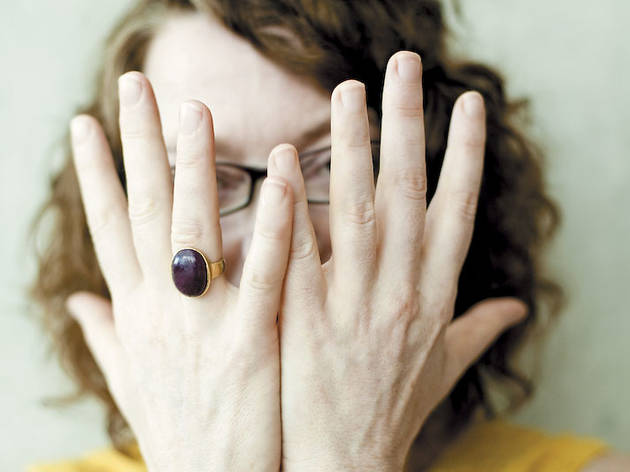 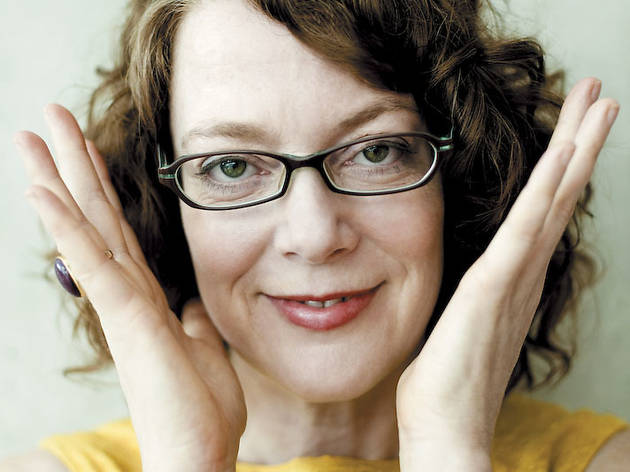 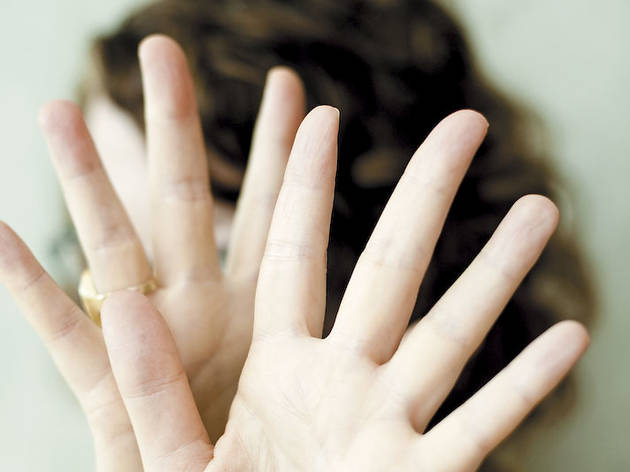 If Alison Cuddy had her way, the only thing you’d know about her is how she sounds coming through your radio speakers. For the past year, the Canada native has been helming Eight Forty-Eight, Chicago Public Radio’s hour-long weekday-morning news magazine show, on which she previously shared hosting duties with station veteran Richard Steele for nearly two years. And to Cuddy, her voice—girlish yet shrewd, smiley with a spoonful of skepticism, amused and insatiably curious—is all her 130,000 weekly listeners need to know.

“Part of the reason people like radio is they can project a lot onto it,” she tells me, sitting in her chair at the Eight Forty-Eight studio after wrapping up a Wednesday broadcast at the Navy Pier headquarters of WBEZ 91.5 FM. “It’s just a voice.… Fill it in however you want.” When I inquire about Cuddy’s age, she bursts into nervous laughter and doubles over the studio table. For a moment, her pale cheeks turn the same shade as her auburn hair.

“I’m sensitive about revealing everything to the audience,” she explains. “I want the way people relate to me to be on the basis of the job, which is not necessarily about who I am.”

It’s a surprisingly guarded stance from a woman who makes her living getting politicians, musicians, authors and comedians to reveal themselves and their motives live on the radio. On Eight Forty-Eight, Cuddy sounds remarkably comfortable delving into nearly any topic with a guest: the Bulls’ signature style of play, doomsday prophecies, the future of the Chicago Public Schools. She credits her first gig in radio as assistant producer of WBEZ’s erstwhile daily magazine show Odyssey, which she landed in 2001, for her ability to quickly immerse herself in a subject and have an entertaining conversation about it. Coming from the global IT consultancy ThoughtWorks Inc. with no broadcast experience, she wasn’t the most logical hire—but that was by design. “Most of [Odyssey’s] guests were from academia or think tanks, and the host wanted to hire people with connections to that world,” says Cuddy, who studied film as an undergrad at Concordia University in Montreal and earned a master’s in English from the University of Pennsylvania.

On the afternoon of the Pride Parade, Cuddy battles her way out of her Lakeview neighborhood, beset on all sides by drunken men in assless chaps, to engage in one of her favorite pastimes: shopping at the Village Discount Outlet in Roscoe Village. She has a closet full of vintage garb, including the bright orange, button-down frock she shows up wearing. As we begin browsing, the discussion leapfrogs from the Found Footage Festival (one of the first stories she covered for Eight Forty-Eight) to Larry King (“a guy who never did his homework”). She praises director David Cronenberg (“doesn’t believe in God, so his sense of horror doesn’t come from the supernatural”) and admits, despite hailing from the titular city, she hasn’t seen Guy Maddin’s My Winnipeg (“I make that movie every time I go home”).

The only subject that makes Alison Cuddy clam up, it seems, is Alison Cuddy. There’s a tense minute as we’re thumbing through a bin of vinyl. She refers to a man who recently gave her a cherished record, Tee & Cara’s folksy 1968 album, As They Are. “We wandered into Reckless the other night after dinner and he found a copy for me,” she says, bubbling.

“Your boyfriend?” I ask.

An anxious giggle sticks in her throat. “What’s with the personal questions?” she asks.

She quickly changes the subject, back to her comfort zone of cultural ephemera. “Oh, here’s another Ferrante & Teicher. They play dueling pianos.”

Things inevitably took a personal turn, though, last August, when Cuddy was named Eight Forty-Eight’s solo host. After columnist Robert Feder posted the news on his media blog (then hosted by Chicago Public Media’s Vocalo; it’s now on TOC’s website), Cuddy’s vocal quality was picked apart by commenters. “Alison Cuddy might be smart, but her voice is NOT for radio,” wrote one person. “It’s so annoying and unprofessional in its mealy/mumbly-breathyness that a lot of content is lost.”

“That criticism comes with the territory,” Cuddy says. “I’m a private person, but I have a very public role—which I relish.”

Cuddy’s air of selflessness and duty was one of her selling points, according to Torey Malatia, CEO and president of Chicago Public Media and the man who does the hiring and firing at WBEZ. “One of the things Alison does so very well is that it’s not about her,” he says. “It’s what she’s trying to draw out of the guest for the benefit of the audience.”

“I feel comfortable with conversations that dig deep, that advance a story or take a historical or more conceptual perspective,” Cuddy says. She also brings a female outlook to the show: When Lura Lynn Ryan died, Cuddy says it was her idea for the Eight Forty-Eight segment that compared Ryan to Patti Blagojevich and Maggie Daley—other women who have stood by their embattled men.

Cuddy’s reticence, both on and off the air, is a style choice, Malatia adds; she’s never going to be the kind of host who tells stories about her mischievous dog. “I think the highest level of comfort for Alison is diving right into the subject matter,” he says. “It’s not like the [audience] is brokenhearted that they don’t know anything about Alison. Does Alison even have a dog? I have no idea, frankly.”

Eight Forty-Eight director Jason Marck, admittedly a dog-story-style host, fills in for Cuddy when she’s on vacation. “I know a lot about my colleagues, but with Alison, I don’t ask,” he says. “To her, private shit is private shit.”

Before we part ways outside Village Discount, Cuddy asks me, with that charmingly chirpy voice, “You’re not going to call my mom, are you? She’s a woman of mystery, too, so I don’t think you’ll get very far.”