Some might say Colorado Springs has long occupied the culinary shadow of its booming neighbor to the north, Denver. But the chefs and restaurateurs in this Front Range hub are committed to pushing the foodie envelope farther and farther, even as they strive to preserve the dining traditions that anchor this picturesque urban oasis at the foot of the Rockies.

In this active mountain town, you won’t run out of things to do or great meals to eat: From The Broadmoor’s impeccable offerings to the table-clothed service at the Pepper Tree, renowned staples continue to delight patrons with special-occasion grandeur and attention to detail. And the new kids in town, helmed by the likes of Food Network celebs and visionary chefs with international pedigrees, are adding a fusion-heavy pizazz that speaks to a younger, hipper, globally-minded clientele.

Combine those with a family-owned comfort-food institution, a sustainable farm-to-fork mecca, a craft cocktail paradise, an eclectic dinner-and-a-movie venue and a vegan-so-good-a-carnivore-would-eat-it establishment, and you’ve got an up-and-coming foodie haven that reflects the innovation—as well as the storied history—of the West. 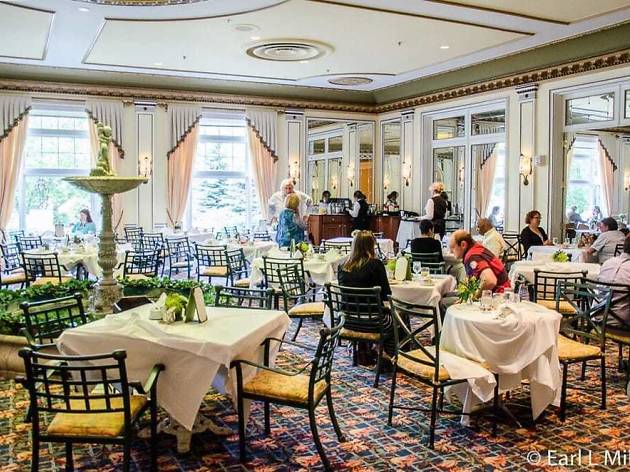 Of the 20 restaurants, eateries, and lounges at The Broadmoor (the Springs’ historic, picturesque golf and spa resort), Sunday brunch at the Lake Terrace Dining Room is revered by locals, tourists and resort guests alike. Choose from 150 decadent items, like made-to-order eggs and crepes or the legendary Bananas Foster. Come dinnertime, Summit offers innovative cuisine paying homage to the magnificent backdrop of the Rockies with locally sourced ingredients. Indulge in the roasted Colorado lamb loin or the Colorado hunters style roasted beef tenderloin while you ogle the towering glass wine turret housing more than 500 bottles. 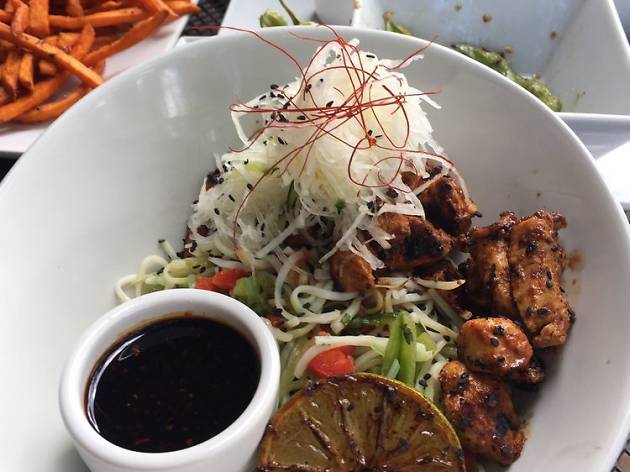 Two words: craft cocktails. They are to-die-for at this west-side hotspot (don’t bother ordering from the drink menu; just ask for the bartender’s choice and let yourself be wowed.) The zesty Asian-fusion gastropub eats at 503W, from flavorful street food bites to tangy noodle bowls, are a killer complement to the spirits: Korean Tacos, Bangkok [pork] Belly, Spicy Island Big Poke, Gaucho Burger, the list goes on, and should be sampled extensively. 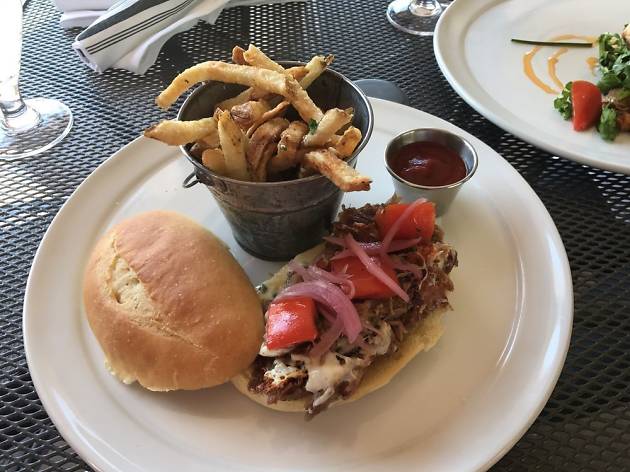 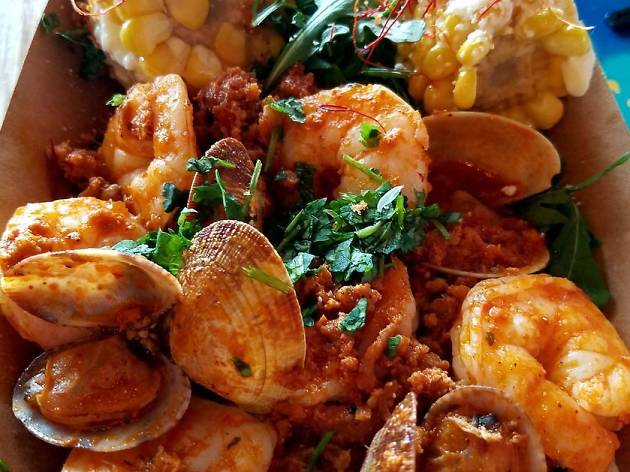 Maybe you caught the food truck version of this hog heaven (read: pork all day every day) on Food Network’s “Diners, Drive-Ins and Dives.” If so, you’ll get why Piglatin Cocina's new brick-and-mortar outpost is gaining a cult following. This small north side spot dishes up affordable Latin American pork fusion creations still served food-truck–style in unfussy cardboard containers. Try the Piglatin Plate of citrus-garlic pork, rice and beans and jalapeño-habanero cilantro cream, plus plantains and elote (Mexican corn). Or, order a platter of banana-leaf tequila-braised pork tacos and pineapple pulled-pork arepa sliders to share… or not. 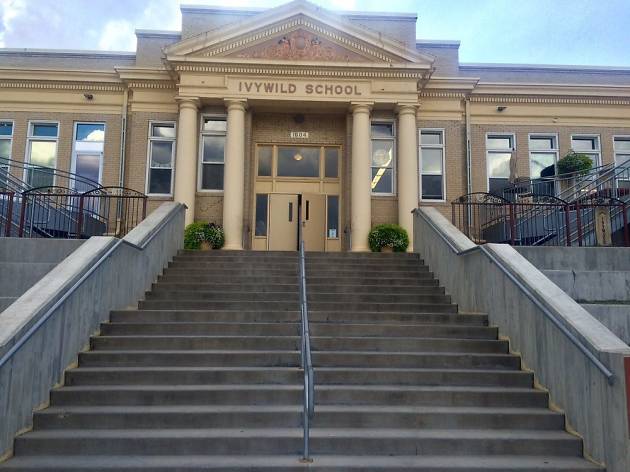 In keeping with the marketplace-style eatery trend, the IvyWild School is a hip mishmash that includes a bakery/sandwich shop (Old School Bakery), an espresso/cocktail bar (Principal’s Office), a distillery (Axe and the Oak Whiskey), an artisan shop (Yobel Market) and the beloved Bristol Brewery Pub. The IvyWild School was actually an elementary school built in 1916 and shuttered in 2009. When you’re noshing on that Adult Grilled Cheese with bacon and tomato jam and washing it down with a Sack Lunch rye cocktail at the Principal’s Office, know that way back when, a student or two spent an angst-y afternoon exactly where you are. 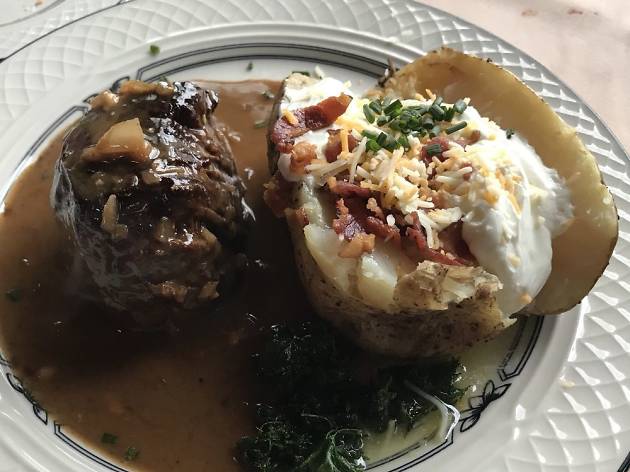 The breathtaking hilltop views alone are worth a reservation at The Pepper Tree, but it’s the ambience and fine-dining experience that make this place a Springs institution—and the tableside meal preparation. Signature dishes are seared, sautéed and flambéed on mobile gas-burner carts wheeled right to your white table-clothed table. Order the namesake Pepper Steak, a brandy-flamed center-cut filet coated with spicy cracked pepper and topped with mango chutney, for a taste of heaven. You won’t find trendy rotating menu items with funky flavors here; rather, most dishes are longtime favorites perfected over time. Sometimes you just can’t argue with tradition. 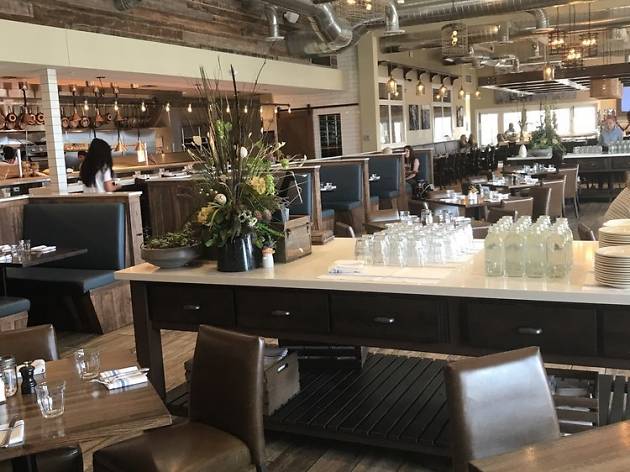 Farm-to-table and sustainable fare is all the rage, but few do it with as much care as TILL Kitchen, right down to the compostable food containers and rustic-chic building made of reclaimed materials. This locavore’s paradise dresses up its locally raised and harvested meats and produce—it sources from farms across Colorado— with fresh, zesty flavors like pan-seared Colorado trout loaded with local bacon, fried green tomatillo, roasted poblano pico verde and Aleppo chile. 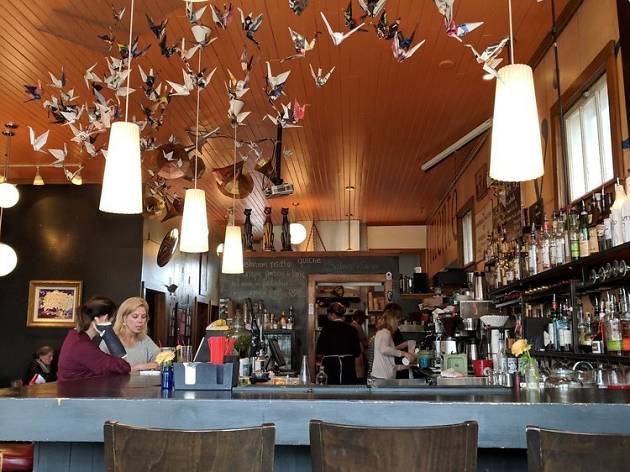 Legend has it this tucked-out-of-the-way gem was a typewriter repair shop back in the day. Today, the funky gathering spot—think mismatched chairs and retro décor—boasts a cute patio and an eclectic, globally inspired menu. Don’t leave Shuga's without ordering the Brazilian Spicy Shrimp Soup and a slice of Almond Butter Cake. Make a night of it and get your dinner-and-a-movie fix at Shuga’s Thursday-night film showcase, Cinemaholix, which screens nostalgic hits like Stand By Me, A League of Their Own and Peggy Sue Got Married. 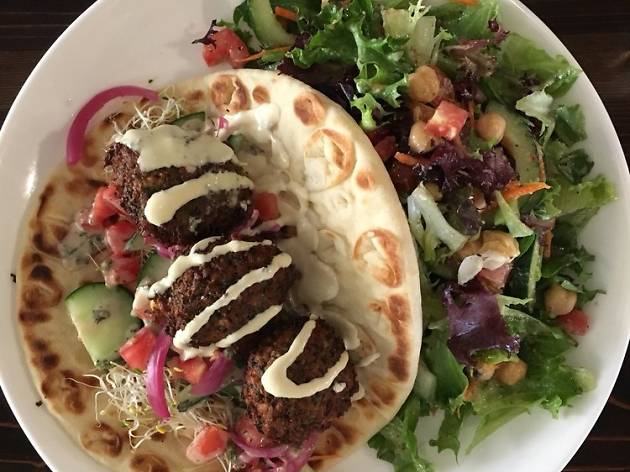 Calling all vegans and veggie-lovers: This is your mothership. Seriously, everything (including the drinks) is 100-percent plant-based; that means even Moxie’s version of classics like the White Russian (“The Dude”) come with coconut milk. Menu items change seasonally and are heartier than expected for vegan fare—try the Curried Seitan or Cauliflower Steak for bright, springy flavor—yet don’t overwhelm the palate with portion or flavor overkill like other meat-substitute dishes. 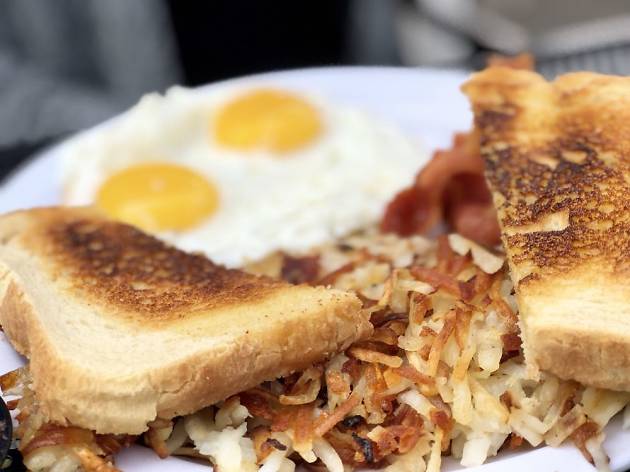 The green chili at this buzzing family-run hotspot (yet another Guy Fieri pick on “Diners, Drive-Ins & Dives”) will ruin you for life. No, seriously—you’ll want to put it on everything. And that’s OK. Perhaps even encouraged. Go to Mountain Shadows Restaurant for breakfast. Order the Hash Browns with Green Chili and a Giant Cinnamon Roll (get ’em early…they will sell out), and pat yourself on the back for doing like the locals do. 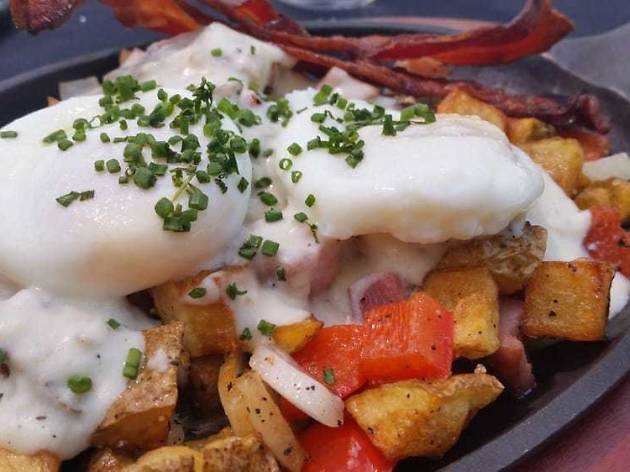 Step one: Order the Dirty Colorado martini. Step two: Doesn’t really matter, because you can now die happy. The menu is modern and fun—loaded with creative takes on classic comfort foods, like Chicken and Waffles with lavender honey and Ishiyaki Tenderloin served on a hot cooking stone with bone-marrow butter—and even more alluring from its station amongst the spate of pedestrian chain eateries on the east side. Tip: Keep an eye out for The Wobbly Olive’s second location on the west side, slated to open in spring 2018 in the historic building that housed Old Colorado City’s very first tavern.

More of the best in Colorado Springs 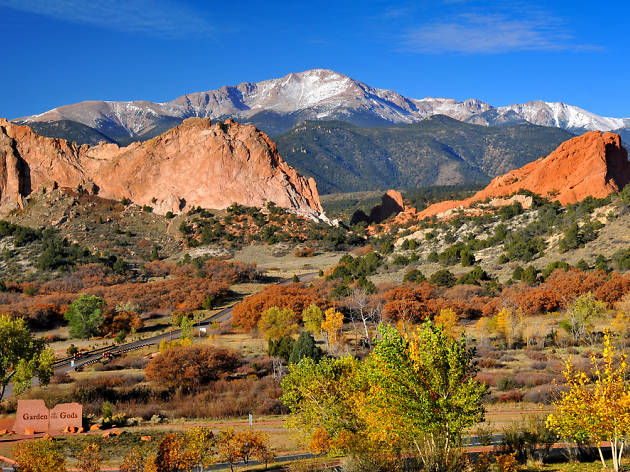 At the foot of the Rockies along the storied Front Range of Colorado, Colorado Springs is a treasure trove of outdoor pursuits suitable for everyone from Olympic athletes to the littlest explorers.