Apart from his plays, religiously performed every summer at the Dubrovnik Festival, only patchy details remain of the life of Croatia's most celebrated playwright, who died shortly after Shakespeare was born. This most unusual theatrical museum, set up in the 1990s, fills in the gaps by illustrating this local writer's life and works with a series of models and mock-ups. Marin Držić, the Dubrovnik-born playwright of the 1500s, is a revered figure in these parts. He fell out with the local nobility, and exiled himself to Italy, intent on bringing down the Ragusa regime. He died penniless in Venice before he could set about it. Perhaps this museum can be considered Dubrovnik's revenge. English-language visitors are immediately handed a retro Sony Walkman and guided round with commentary you just couldn't make up. 'By stepping onto this ground you yourself are becoming a magician,' booms a female voice, accompanied by some kind of musical interlude straight from Blackadder. As you walk past life-size representations of some of his most famous character creations, you are instructed to 'use your magic powers to let them speak to you' - and speak to you they do, jesters, satyrs, women representing the hand of fate. Unfortunately, it goes on for quite a while and you find yourself fast-forwarding certain sections, hoping that no one is looking. Next up is a short film. (The DVD must be changed to your language so you may need to wait.) We discover that Držić lived in Siena which, apparently, 'is and always will be the most exciting city in Italy', struggled with debts and was nicknamed 'The Otter' due to his fondness for wearing fur. The film is presented in stern, Open University style by someone not unlike Ernie from 'Sesame Street'. The middle floor accommodates space-age vessels, something similar to those in Barbarella, and showcases photographs from the modern day. Intriguing, perhaps, but nothing to do with Držić. The top floor shows a bedroom and study, complete with table, desks and crucifixes. It is not certain if all or any of this is authentic – but in the right mood the museum does provide classic comic moments. 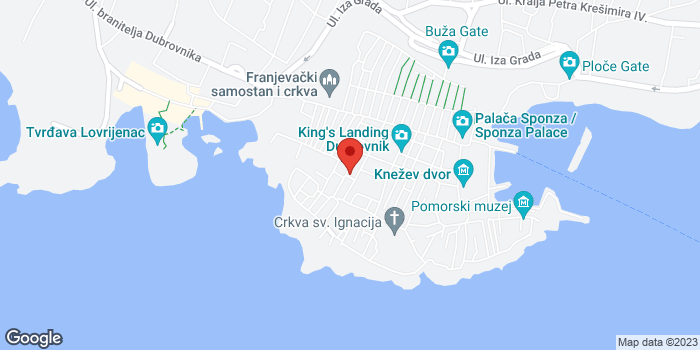