The big hit of summer 2012 was the opening of Park Orsula, an open-air live music venue situated some 3km southeast of town, just off the road to Cavtat. It's right beside the parking lay-by and drinks kiosk where folks stop to enjoy the famously panoramic view of Dubrovnik's Old Town. It's a truly amazing location, and not just because of the view back to town. Situated on a sea-facing slope opposite the island of Lokrum, the Park consists of a tidied-up section of hillside scrub and a stage area surrounded by an amphitheatre-like semicircle of terracing for the audience. At the bottom of the slope are the remains of a medieval chapel where travellers used to say their prayers before entering or leaving the Dubrovnik city limits. The fruit of seven years'  hard labour (both organisational and physical) by Andro Vidak and the Ambient Croatia association, the Park hosts gigs by Croatian and ex-Yu jazz and rock attractions throughout the summer under the banner of Mali Glazbeni Festival ('Little Music Festival'), with gig nights coming particularly thick and fast in July and August. Main novelty for the 2013 season is the clearing of a footpath to Park Orsula from the Sveti Jakov area of Dubrovnik – revellers will no longer have to risk walking along the busy Cavtat road (or forking out for a taxi) in order to get here and back. 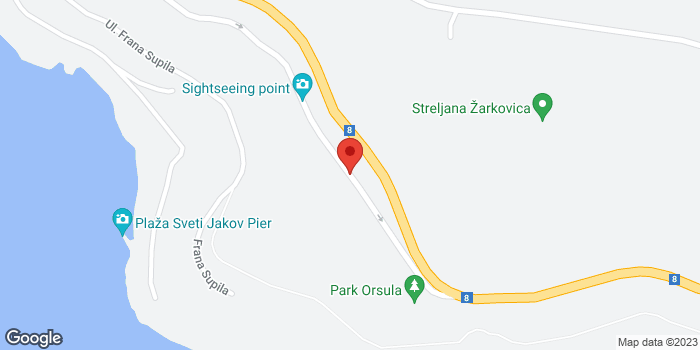 Opening hours:
according to program