The attractive, 16th-century former customs house and Ragusa mint are used to house the extensive state archives. Several rooms of the arcaded ground floor courtyard are used to display photocopies of the archives' most treasured historical documents. A small room opposite the ticket office holds the Memorial Room of the Dubrovnik Defenders. Covering the 12 months from October 1991 (although keen to point out that isolated attacks continued until the summer of 1995), the exhibition contains portraits of the 300 defenders and civilians who died during the siege and the tattered remnant of the Croatian flag that flew atop strategic Mount Srđ. 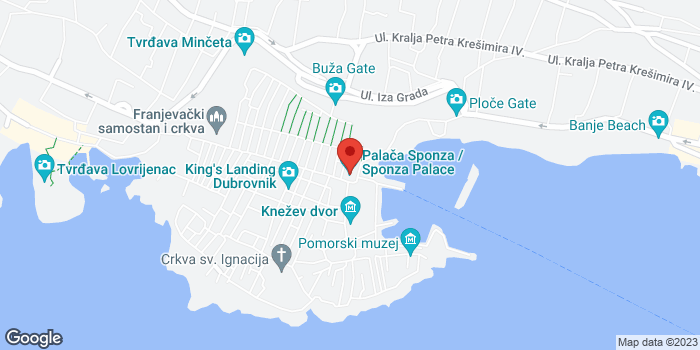