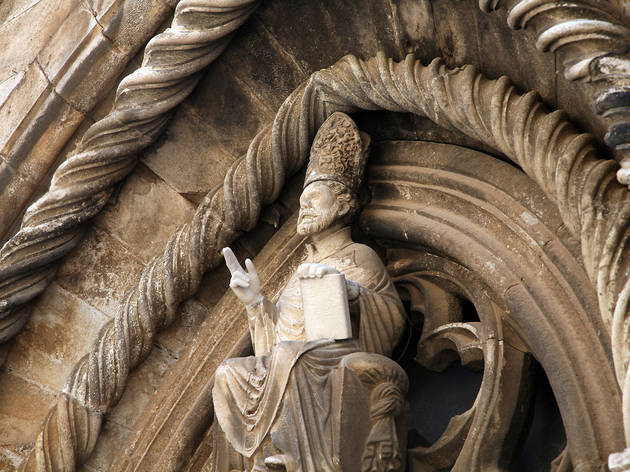 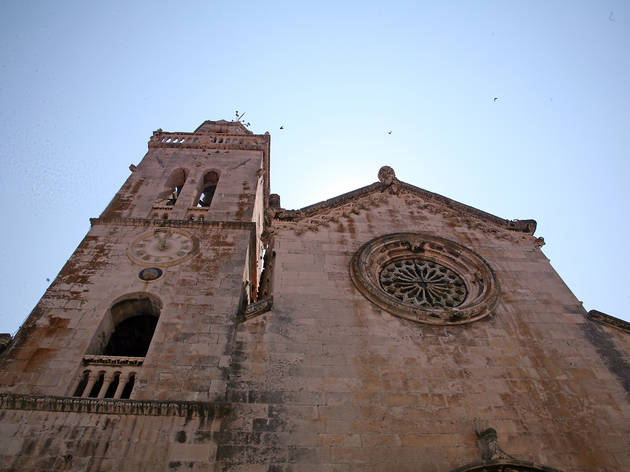 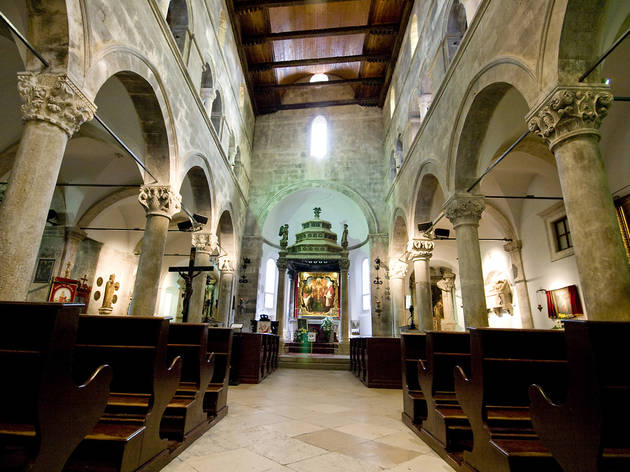 Set bang in the centre of the Old Town, Korčula's cathedral is one of the finest examples of Dalmatian church architecture. Taking three centuries to build, it features several styles, including Gothic, Romanesque and Baroque. The luminous sandy-yellow stone of the bell-tower and facade was finally revealed in full glory in late 2013 after spending the previous two years hidden behind restoration workers' scaffolding. Inside, fifteenth-century stonemason Marko Andrijić is responsible for the canopy set on four columns above the altar, or ciborium. Beneath it is the sarcophagus of St Theodore, the protector of Korčula. Here you can also see St Mark with St Bartholomew and St Jerome, an early work by Tintoretto, whose Annunciation also stands in the south nave. Cannonballs and weapons from wars with the Ottomans are also placed here, and a 13th-century icon of the Virgin, prayed to for salvation when the Uluz Ali's corsairs threate.