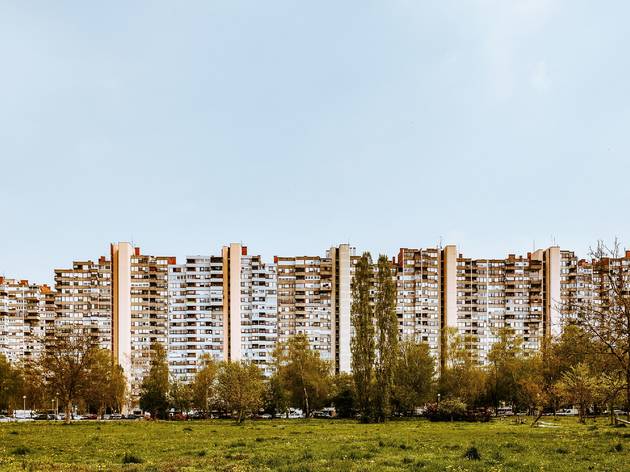 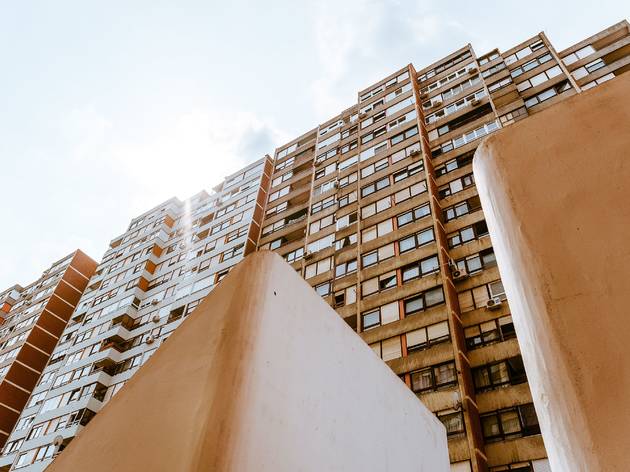 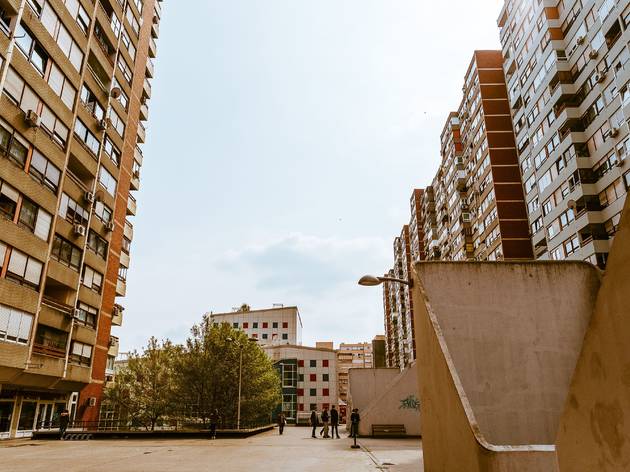 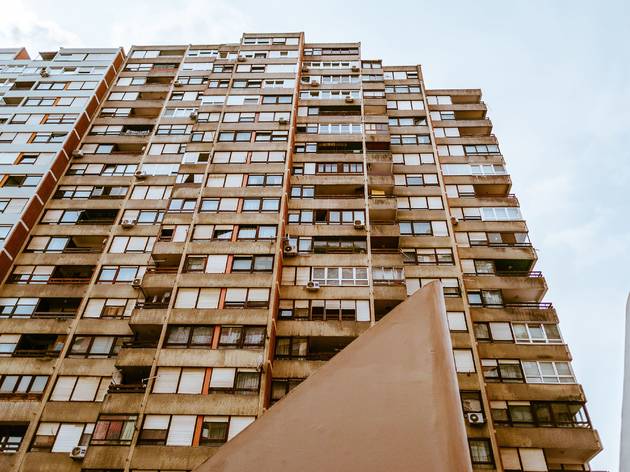 South of the river Sava, Novi Zagreb or “New Zagreb” began to take shape in the late Fifties, and is nowadays something of a modernist showcase thanks to its planned neighbourhoods of residential blocks, large parks and long straight roads. One of the later additions to Novi Zagreb’s architectural portfolio, the Mammoth is a 250-metre-long residential block built in 1974 as the centrepiece of the Travno district. Containing 1169 individual flats and an estimated population of 5000, it’s almost a town in its own right. As such it seems like the megalomaniacal conclusion of the modernist epoch, echoing not so much Le Corbusier as the fantasies of Futurist Antonio Sant’Elia.