Its international party pedigree now a decade old, Hvar is still holding strong: Hula Hula is particularly excellent. Despite this, Hvar still imposes a 2am closing time for bars in town, and 5am for clubs.

A fair amount the post-bar partying takes place at Carpe Diem Beach on Marinkovac or on private yachts – hence the tag of exclusivity despite the fact that few of the venues actually feel five-star.

Hvar's nightspots attract the rich and famous to its beach and waterfront. But Pink Champagne shows that it's possible to create a similar kind of buzz just outside the town centre. Partnered with one of another leading spots, Hula Hula, this luxurious and upscale club is with a burlesque feel hosts nightly cabaret and regular DJ parties. The real fun usually begins around 2am, when all other spots are getting a little bit tired, with performers on stage and a packed dance floor, no matter if it's an '80s night or electronica. VIP booths available by reservation only. 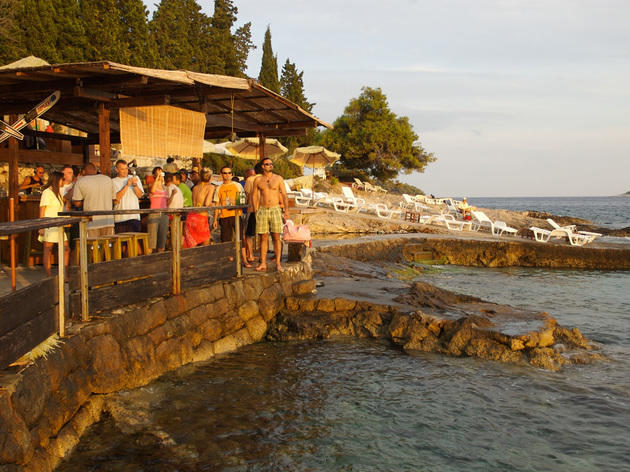 This is the place for in-the-know locals up for daytime partying and après-beach relaxing. The spot is a short walk round the coast from the Hotel Amfora on a reasonably isolated jut of coastland called Majerovića. The decor is Bali-meets-Adriatic with comfy wooden recliners, fringed umbrellas and a wooden bar. The owner, Wolf, has lived all over the world and has brought his own concepts to Hvar. While lounging with a Piña Colada or Margarita, listening to the soulful tunes and watching the sunset in one of the few spots in town where it actually disappears into the sea, you can order a meal from the bar’s adjoining sister bistro, Bubba Gump – salads, Thai curry or big snacks.

Opened in 1999, Carpe Diem is still the line in the sand and the landmark cocktail-swigging hang-out of celebs and the yachting fraternity. After daytime coffee, ‘Sunset Grooves’ greet the post-beach crowd from 5pm. There’s a fashion show twice a week. Then DJs kick it at night. Behind a loggia façade, it’s surprisingly ordinary inside, with just higher-than-ordinary prices and standard music for the genre. Its reputation stems from its VIP scene in high season, upon which Hvar hype is fuelled. Its reservation-only policy in August (put your name on the list as you pass by in the day) means that the terrace (and separate bar) operates as a celebrity zone. Carpe Diem’s new venue in Stipanska Bay on Marinkovac, Carpe Diem Beach, is a ten-minute boat ride from town. Amid pine forest and beach are bars, terraces, restaurants and a spa area.

Set in a hillside Venetian fortress on the western side of Hvar town’s harbour, the Veneranda is an open-air disco with DJs, of course, and dancers, who inevitably end up in the swimming pool around the dance floor. Look out for flyers around town and be prepared to pay upwards of 100kn to get in at weekends. 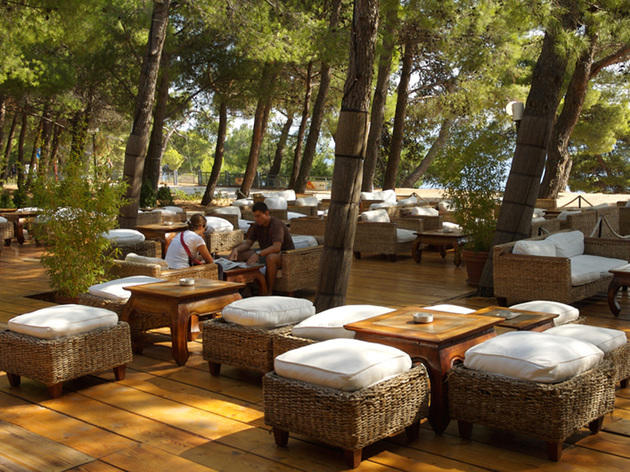 At a scenic high point on the promenade, plush cushioned wicker chairs and sofas and meditative world music tempt you to this pine-shaded terrace cocktail bar and admire the view of windsurfers and Hvar beyond. It gets a good crowd by late afternoon and stays lively. 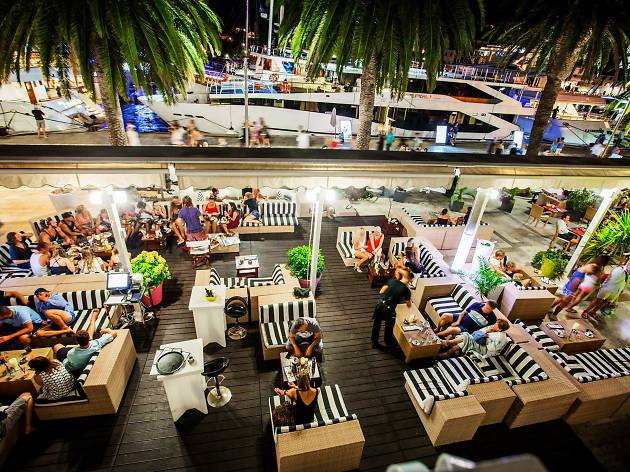 In tune with Hvar town’s new cosmopolitianism, the BB Club appeals to the party-minded fraternity whose yachts gently rock on the bobbing waves in the harbour outside the restaurant door. A DJ spins on the waterfront terrace while mixologists fix quality cocktails – note the Hvar Rose Martini of vodka, Vermouth, grenadine and orange bitters. There are burgers, club sandwiches and Mexican dishes too.

Currently the busiest of the bars on the marina-side strip, Red Baron has an ideal location and you don’t have to shell out too much to enjoy it – prices are reasonable for Hvar. The other key to its success is its outdoor-lounge feel, with chairs and tables pressed up against ancient stone walls on one side, and an open-sided awning providing clear views of fancy yachts on the other. Cocktails, Hvar wines and sweet-and-heady Dalmatian prošek are on the drinks list; while music is up-tempo without being club-volume deafening – all in all, the ideal place for a refined, but not too refined, night out.

As its name suggests, the Adriana Top Bar sits atop of one of the finest hotels in the luxurious Sunčani Hvar hotel chain, in the north-west corner of the old port. The prices take into account the panoramic view of the most beautiful parts of Hvar town, but for those who can afford to indulge in the summer fuss around the Hvar Riva, it's probably not a problem. Besides cocktails, salads, sandwiches and burgers are also available.

Under bar chief Ivana Gamulin, VV is the liveliest spot away from Hvar town. In a vast garden terrace of pebbles surrounded by palms and oleanders, a crowd of locals and internationals soak in the night air and sip on cocktails (all 40kn) made of fresh ingredients, such as the mint picked on the premises. Designated drivers can still belly up to the bar and order a bevy of milkshakes like the Bomba: banana, peaches, nuts, milk and sugar. As a bartender hand-crushes ice and grinds brown sugar and lime before mixing in cachaça for a signature Caipirinha, a DJ – framed by a red wall, a stone colonnaded banister, and fig trees – blends acid funk on the portico of the one-time private hacienda. Occasional live acts.