In the last few years Split has seen plenty of hostels open, and even more apartments, but there is only one camping site, recently revamped and reopened in an eastern suburb of Stobreč, on the D8 road from Split to Dubrovnik. In 2014, it was already getting a name among campers, either those who sleep in tents or those who prefer caravans and bungalows, or have their own campers. The site is excellently located by the sea, in a small forest with its own pebbled beach, and the long sand beach of Stobreč is only metres away. All pitches are neat and well marked, most of them in shade. There is also a playground for kids and a driving range for golf, owned by the club across the road. Other sports include snorkelling, windsurfing and waterskiing. The camp has its own pizzeria and a restaurant, there’s Wi-Fi and computers with internet connections. 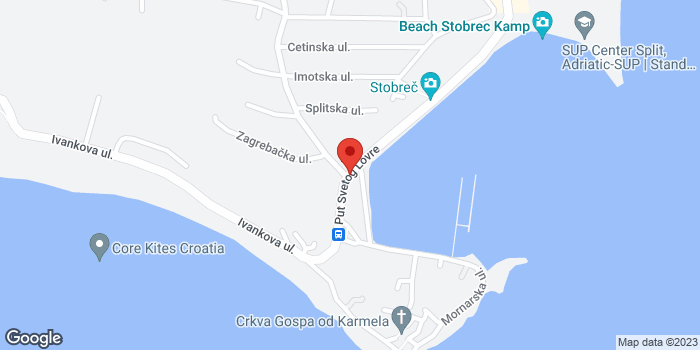