Located in a thoroughly renovated historic building just outside the palace, this bold exercise in contemporary Croatian design muscled its way into the media limelight almost immediately upon opening in August 2010. The work of designer Damir Gamulin Gamba and Studio Up architects Lea Pelivan and Toma Plejić, Goli & Bosi’s minimalist rooms are spread across several floors, including some nifty split-level doubles and family rooms as well as larger dorms. Out in the corridors, floors are decorated with important dates from Split history and local-dialect references to famous Dalmatians. The building was used as a shopping mall from 2000 to 2010, which helps to explain the elevators and sweeping staircases that link the floors. There’s an airy cafe-bar and restaurant in the open-plan reception area-cum-common room, and an area where films are screened on one of the upper floors. Slick, shiny, clean and good value‚ although it's very, very yellow. 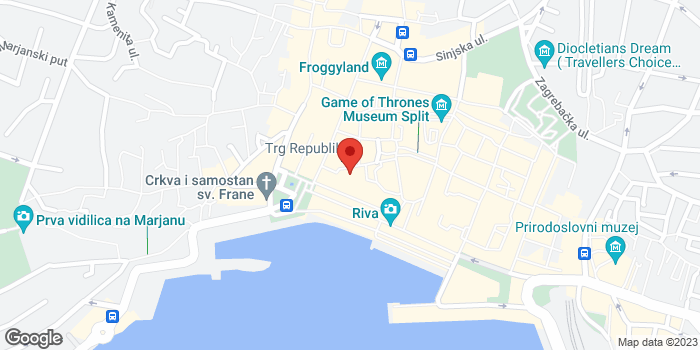 Transport:
All buses to Riva