An imposing five-storey Mediterranean-style building, the Imperial is set inside a seaside park which connects Rab Old Town with its nearest beaches. This recently promoted four-star was one of Rab’s first hotels, built a century ago, but its 134 rooms are newly renovated, each with air-conditioning and standard fittings. The grounds contain three tennis  courts, a goofy golf course and terrace cafés. There is public car parking nearby. Given the convenience, the Imperial works out to be one of the better deals in town. 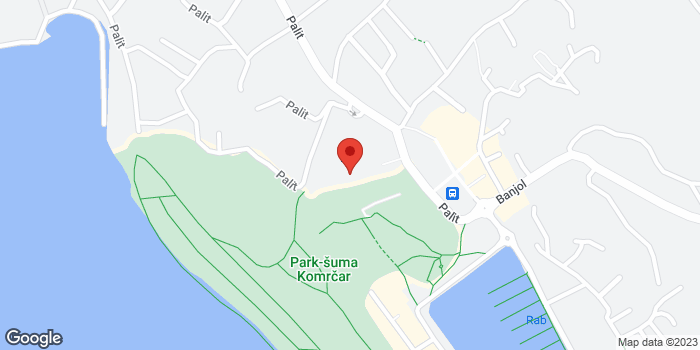