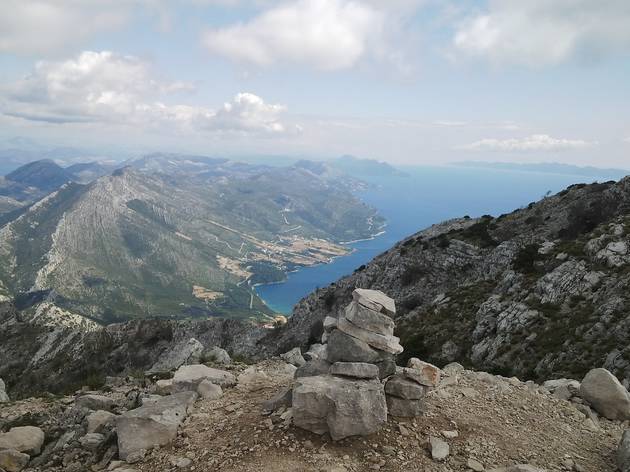 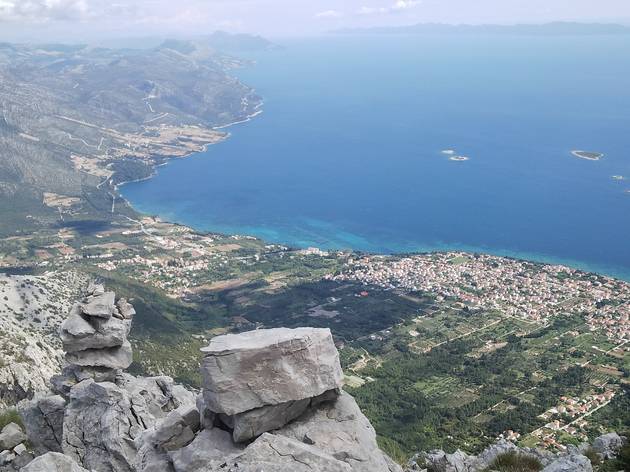 Towering over Orebić is the gnarled grey Sveti Ilija, at 961m Pelješac’s highest point. Although it looks forbiddingly arid and stony from a distance, Sveti Ilija is covered in grasses and herbs, and frequently grazed by moufflon goats. Views from its slopes are as outstanding as you would expect, with much of southern Dalmatia visible from the summit. There are several marked hiking paths up the mountain. The lower slopes are also perfect for mountain biking, although specific routes are not marked as such, and it’s really a question of improvising your own two-wheeled trails. The most direct hiking ascent (3hr 30min) is from Urkunici just outside Orebić to the north, although it has some taxingly steep sections. A slightly easier alternative is the signed path that forks uphill just to the east of Orebić’s Franciscan Monastery. The most popular route (2hr), starting out from the semi-abandoned village of Gornja Nakovana on the Orebić-Lovište road, involves a much more gradual ascent. There’s a fourth route from Viganj, which meets up with the path from Nakovana above. The largely abandoned hill villages above Viganj and Kučište, on the flanks of the mountain, are connected by old roads perfect for more easy-going biking or hiking. However you choose to approach the mountain, be sure to take proper footwear, a weather report, ample water supplies and long trousers – the area is a popular habitat for the horn-nosed viper.
Share Tweet