The young grime star tells us about faith, poker and why everyone needs to shut up about Kanye already

At 21 years of age, Croydon-born Stormzy is leading a new wave of grime MCs bringing the sound back – both at raves and on the airwaves. Like many of his tracks, his big tune ‘Not That Deep’ talks directly to the streets while demonstrating a lyrical wit and maturity far beyond the puffed-up egoism normally associated with grime. Plus, it’s a banger.

Stormzy’s rise to the top has been rapid. In the last six months, the self-professed ‘child of grime’ has won a Mobo and become the first unsigned rapper to perform on ‘Later with Jools Holland’ – not to mention appearing on stage with Kanye West at the Brits in February. Though he’d rather not talk about that…

1. He wishes people would stop asking him about Kanye.

‘I get asked about Kanye a lot. I understand why, but it’s been blown out of proportion. It was so sick for me and for everyone there that night, but people won’t stop going on about it! I feel like saying: “You’re killing one of the best nights of my life!”’

2. He reps grime hard, but he’s into other music too.

‘I love Frank Ocean. For me, “Channel Orange” is the best LP ever. I love his voice, the songwriting, everything.’

3. He did well at school but fancies himself as a poker player.

‘I was good at most subjects at school. Looking back, I was a proper boffin! Now, the thing I’m really good at is poker. I’m not ready for the big league yet, though! But you never know, when all the music fades out…’

‘If I’m not working on music, I’m usually with my friends playing Fifa. We just kick back – I’m proper chilled. I’m not mad into raving, to be honest. If it’s not music, I’m chilling. But most of the time, it’s music.’

‘I 100 percent believe in God – it’s a very important thing in my life. I’m lucky to be where I am now with my career. I hustled and struggled, then everything just happened at the right time. It was all God’s timing, but my work. God, my family and being real are the most important things to me. Everything else comes second.’ 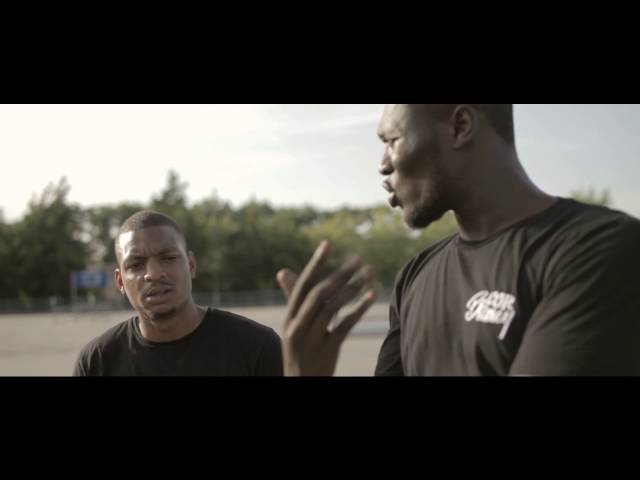