Everyone recognises Croatian cuisine from holiday snaps; excellent, simply cooked fish like sea bass and sea bream, grilled squid oozing with cheese, delicate scallops, cuttlefish risotto coloured black with squid ink and juicy prawns, all served with lemon and the freshest salads before a sea view. What could be better?

Well, in truth, few things could be better than the traditional seaside menus of Dalmatia and Istria. But that doesn't mean there isn't any room for improvement. And the menu of inland Dalmatia might just be the next step up.

Travel a few kilometres inland, breaking the back of the Dinaric Alps which run down the coastline, and you'll enter a part of Dalmatia which is completely different to the shoreline. Greener, with an at-times slightly cooler climate, spectacular mountain views and freedom from the noise, rush and bustle of tourists, inland Dalmatia is one of the regions of the country least discovered by international visitors. Its cuisine is similarly overlooked, which is regrettable because inland Dalmatia has one of the richest and most varied menus in southern Europe.

Why should the food of this little-visited region be so good? Well, its close proximity to the sea ensures that all of the freshest seafood you can get on the coast is also available here. But, in addition to the traditional offer, inland Dalmatia also has the terrain and links to continental Croatia to make some very special additions. 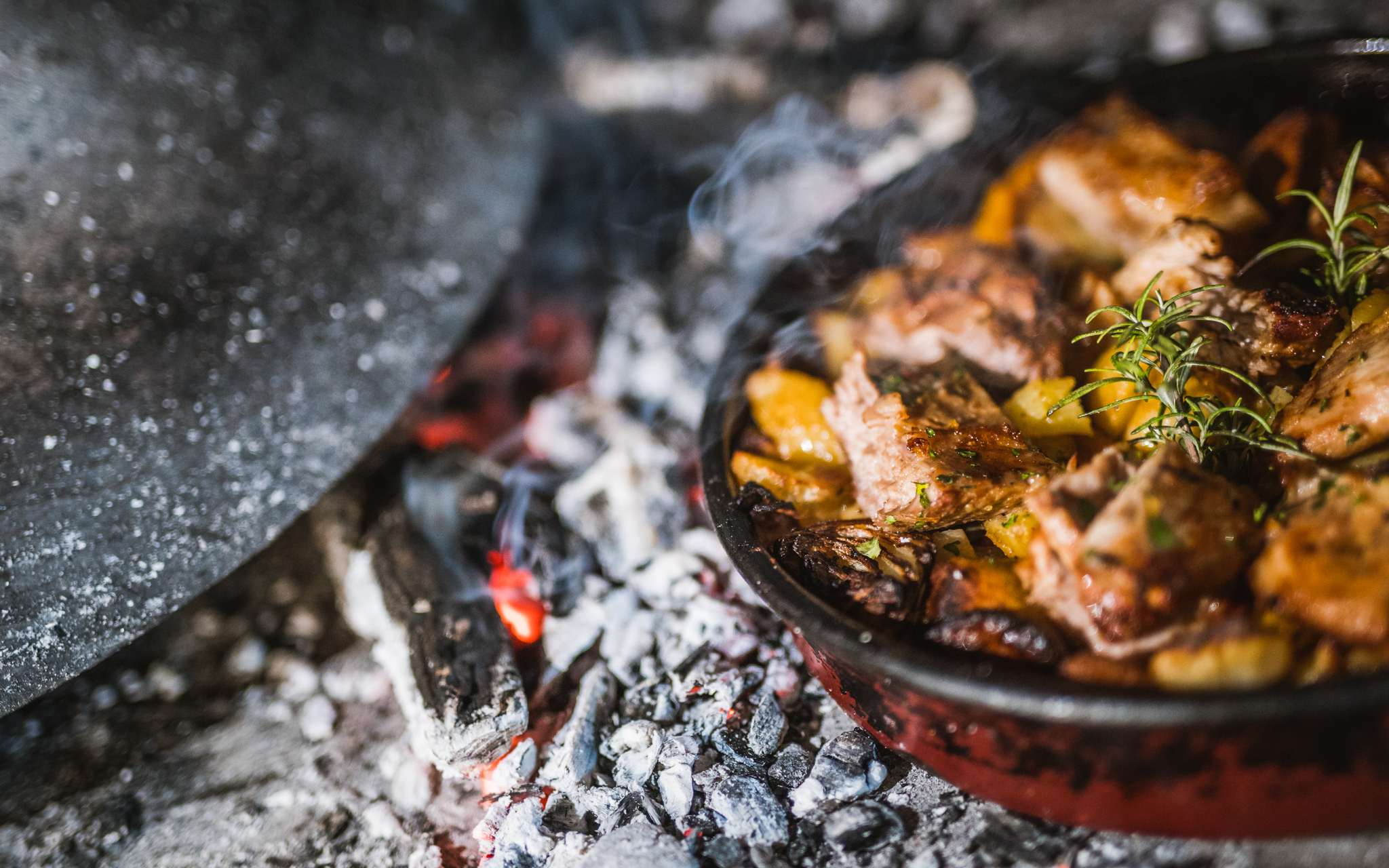 Dishes cooked with wild meats such as boar or deer can be found on the menu of this region, plus specialities from its most southerly point, the Neretva delta, which offers up eel, frogs and snails. The use of the peka to cook meat and vegetables is also much more commonly found in this land of lagano (easy, as in 'take it easy'). Time moves slightly more slowly here and there are fewer distractions to take you from the dedicated commitment of watching over this bell-shaped metal cooking pot, which is sat atop an open flame and burning ashes placed on the lid. The same goes for pašticada, a marinated beef dish which requires a minimum 24 hours of preparation. There are also specific regional dishes which are rarely found outside its natural borders, such as soparnik, an extremely thin pastry pie filled with garlic and chard leaves. It is arguably Croatia's best vegetarian dish. 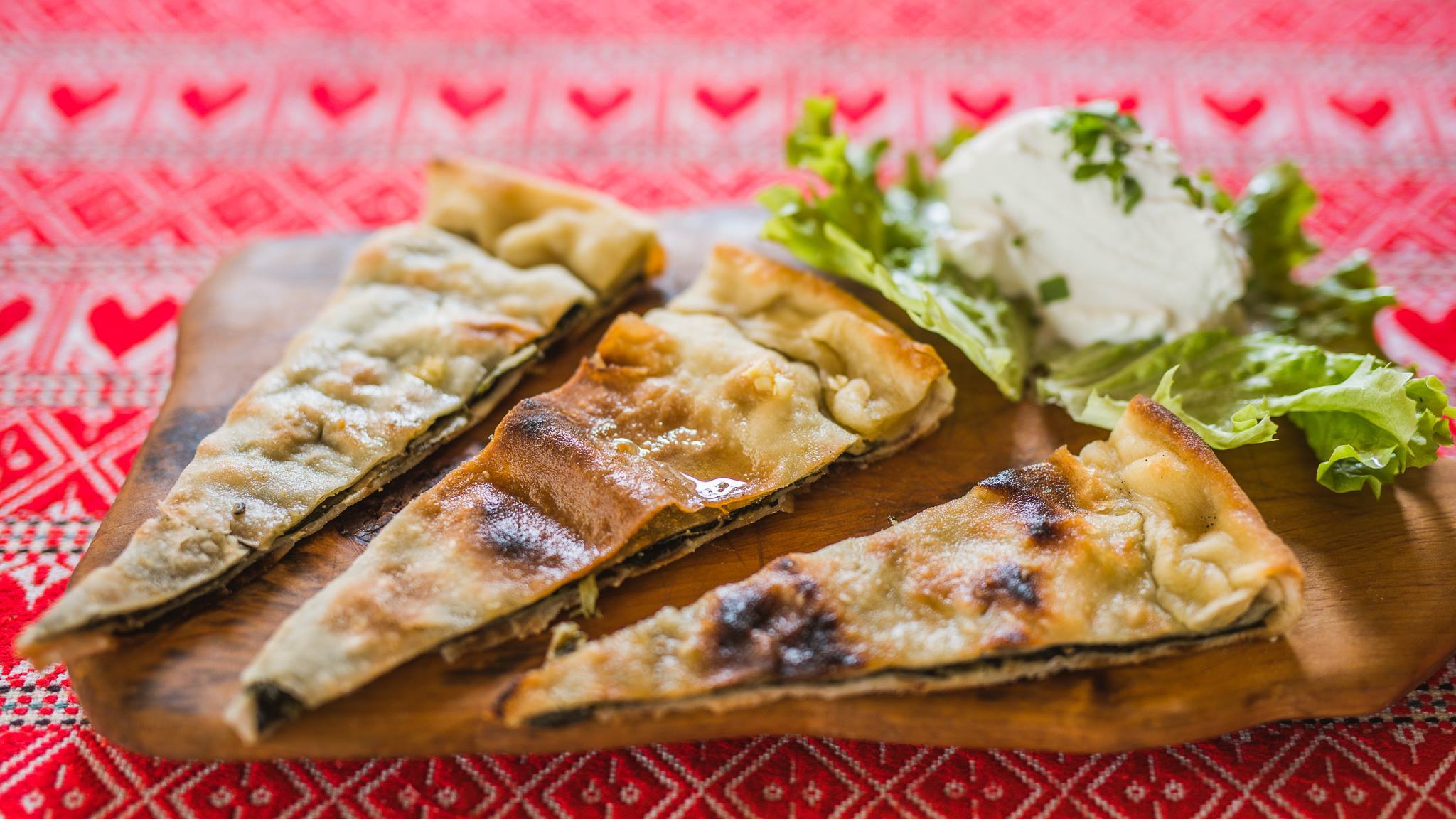 Unless you're prepared to take the trip across the mountains while you're on holiday at the coast, it's unlikely you'll encounter many of these distinctly different dishes. And it's almost impossible to find them further into continental Croatia. Unless, that is, you happen to be in Zagreb.

Konoba Didov san is one of the very few restaurants granted permission to inhabit the oldest streets of Zagreb, the part of upper town adjacent to Saint Mark's square, the country's parliament and Zagreb city hall. A family business of over 30 years standing, at Konoba Didov san three generations draw on tradition and an experience which has seen them prepare the cuisine of inland Dalmatia in their home city of Imotski and now here, in the nation's capital.

The authentic specialities of inland Dalmatia can all be found here, nestling on the menu next to the finest cheeses, sausages and preserved meats, sourced by the family from artisan producers back home. All of them can be enjoyed alongside a glass of the finest Dalmatian wine, in sight of the ancient cobbled streets which run through this oldest part of Zagreb. With another outlet at Stjepana Bencekovića 28 in the Kajzerica part of Zagreb, there's no excuse for missing out on the delights of inland Croatia if you find yourself in the nation's capital.