A club venue since summer 2011, the angular 16th-century fortress that marks the eastern end of Dubrovnik's Old Town has become the place to go after drinking-up time has been called in the town centre's other bars. Luckily, Dubrovnik's military architects had the foresight to construct what is an ideal venue for a club: the stark interior of bare stone blocks, complete with arched aisle spaces and lofty barreled roofs, provide the perfect backdrop for the state-of-the-art light-show. What Renaissance Ragusans might have made of the lithe females dancing in cages is another question entirely. With an elongated bar, large dancefloor and plenty of surrounding nooks and crannies, it's the kind of place that can cater for large numbers of people without making them feel pushed around. A lot of leading Croatian pop and rock acts perform here throughout the year. In summer, there'll probably be an international DJ appearing here every weekend throughout the season - 2012 saw Fat Boy Slim, Martin Solveig and sundry others lug their record boxes up Revelin's stone steps. 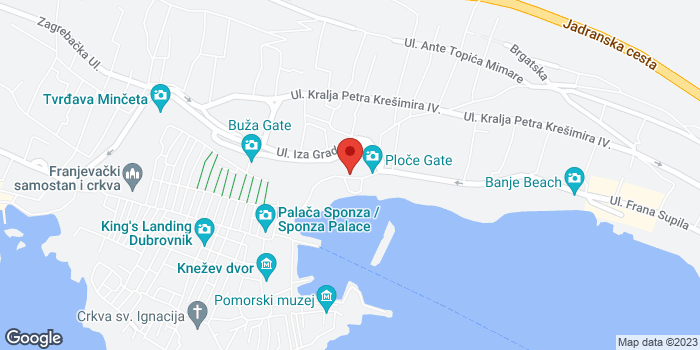 Transport:
All buses to Ploče Gate