Restaurants, Croatian Motovun
3 out of 5 stars 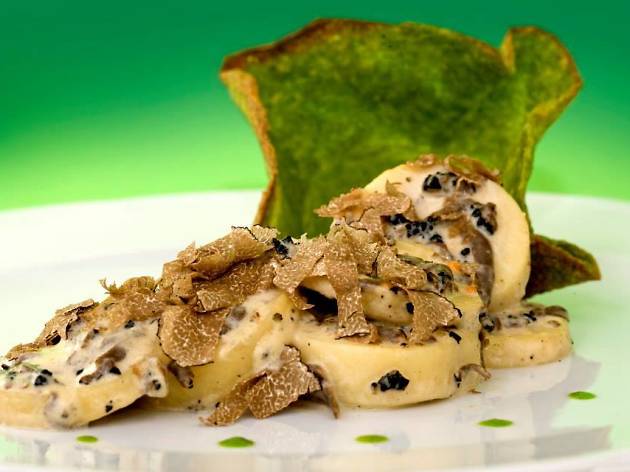 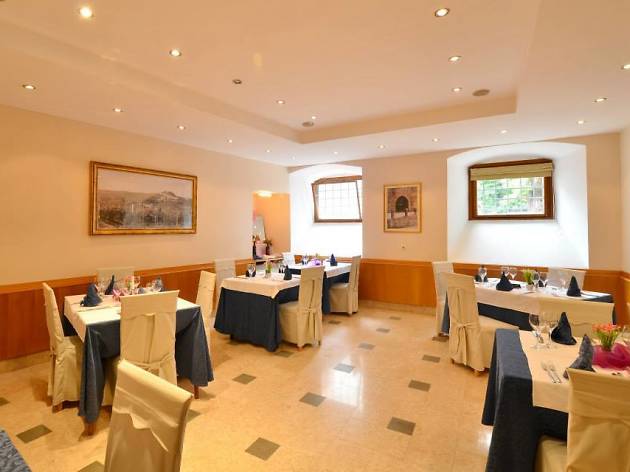 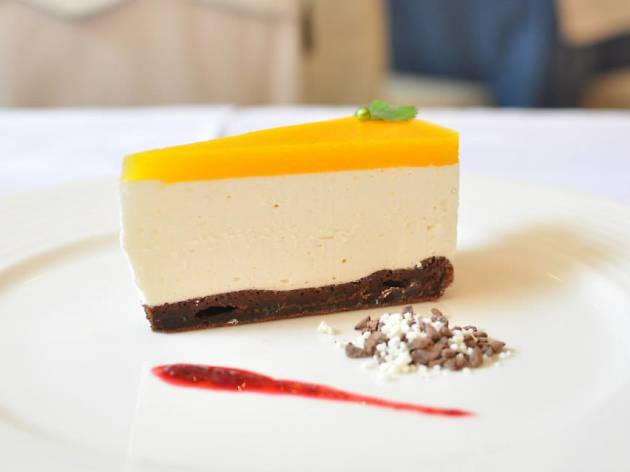 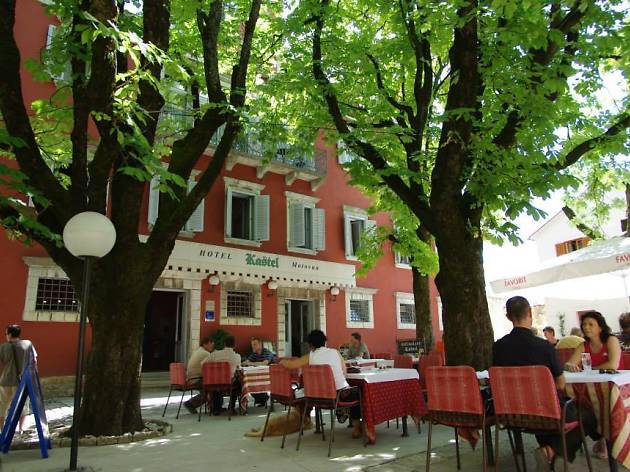 Now considered a rare delicacy, boškarin meat comes from the specific long-horned Istrian cattle of the same name. A beast of burden for generations, the boškarin ox was rapidly going the way of the dodo when farmers turned to motorised vehicles from the 1960s onwards. By the 1990s, there were a few hundred left in existence. Like the regional revival of the wine and olive-oil industries, so the boškarin has been enjoying a comeback, farmed for its fine meat which is now sold across Croatia. Naturally, it’s best eaten in situ, such as at the restaurant of the Hotel Kaštel in the heart of Motovun. Here at the Palladio, named after the architect thought to have created Sv Stjepan church nearby, you can find starters of boškarin carpaccio or the house spread of Kris, a boškarin-truffle mix. Boškarin also shows up with home-made noodles and rocket, or as a meatloaf in the main courses. While you’re here, you may as well sample some of the finest desserts in town, namely pears in Teran wine or the home-made apple pie with cinnamon.