A few years ago, fast-food chain Subway opened a branch in Split, and it lasted less than a year. The main reason was that it was next door to Rizzo. This snack bar was founded in 1992 and has been a leader in the market ever since. There are busier such spots, but Rizzo is the closest as any venue of this kind can get to being a real eaterie. They have a diverse selection of sandwiches, ranging from tuna to smoked ham and spicy salamis, with complimentary add-ons you can select by yourself – all to go or to enjoy sitting out in front. What makes them different from other similar joints is that they bake their own buns right in front of you, in fact, they usually fish one right out of the oven. The sandwiches are substantial enough to be considered as a quick meal, but they are priced the same as those offered at inferior fast-food venues. If you’re not so hungry, they’ve got bruschettas. There are three more Rizzos in Split, one at the Joker Shopping Mall. 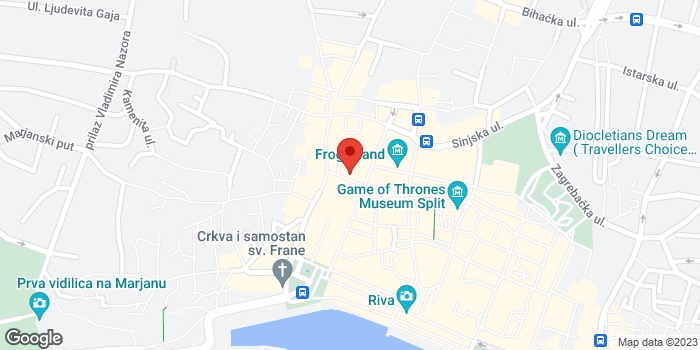