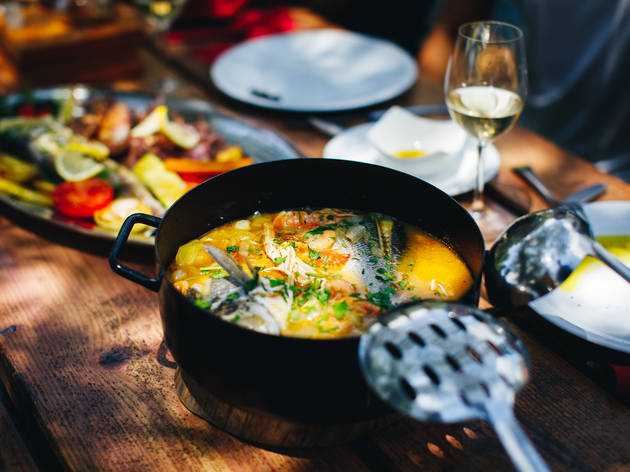 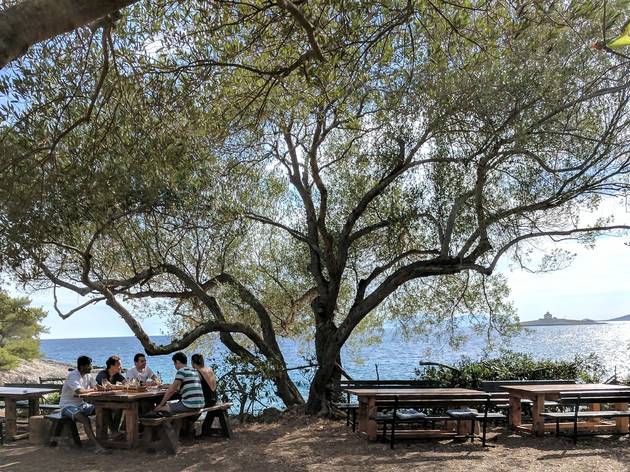 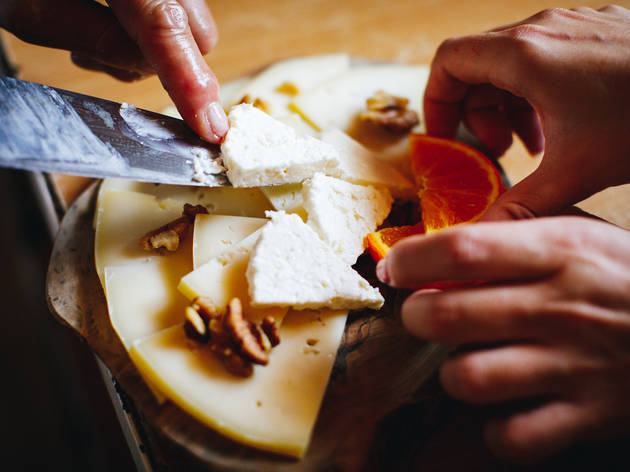 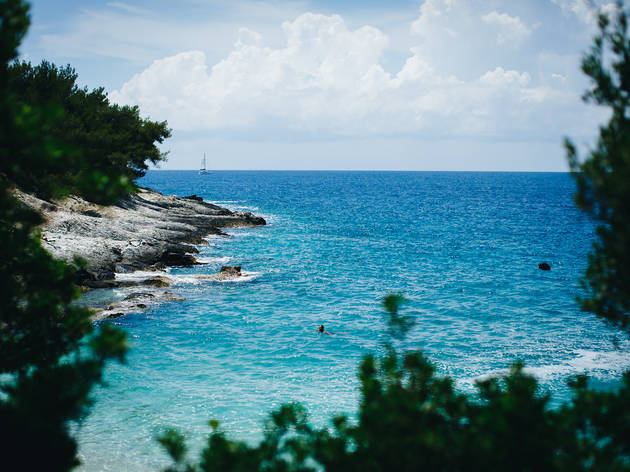 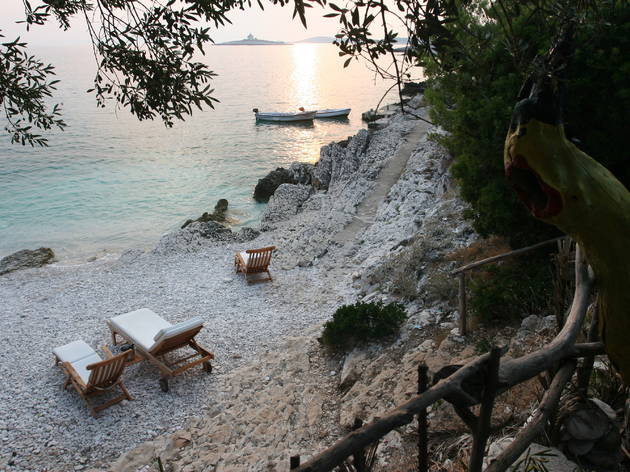 A quick boat ride or a 45-minute southward trek from Hvar, Robinson's little stone-house kitchen is hidden behind Mekićevica, a cove famous for its bright waters and white pebbles even in the tough competition of Hvar's blue beaches. Taking its name from the lack of electricity and other "essential infrastructure," Robinson is one of those remarkable spots on the Adriatic whose appeal is hard to convey in short without distracting from one of its aspects. You won't be bothered by such troubles, or anything at all, while sitting at the tables in its olive grove, overlooking the beach and a lighthouse on an islet in the distance, or swimming as you wait for the food to arrive. And the traditional food served here is excellent: most popular are the rich gregada and brodetto (Hvar's potato-based and Dalmatia's tomato-based fish stewes, recpectively), the seafood spaghetti, grilled fish, octopus salad, and lobster, but whatever Domagoj — the owner, chef and waiter — catches will live up to the standard.

If the sun is still high and a boat can take you for another dip, two bays down from Mekicevica and Robinson is one of Hvar's special nameless beaches, with two agave cactuses in the background  — one can't miss it right before the next, bigger Milna bay.

(Domagoj can also help you with organizing the boat ride to Robinson — his number is attached here and at the restaurant's website.)