A Croatian gin made by pilots, Old Pilot's Gin is a soaring success. Marc Rowlands meets one of its makers, Tomislav Anadolac

‘Our gin is only made of ingredients which can be found on Croatian soil,’ says Tomislav Anadolac, one half of the partnership that makes Old Pilot's Gin. Croatian soil is a far more down-to-earth location for Anadolac to be working in when you consider how he met his partner Hrvoje Bušić. The pair actually trained together as military pilots near Zadar in the mid '90s, this shared experience the reason for their successful gin's name. But, although only it's only Bušić who works as a pilot (he now flies commercially for Croatia Airlines), the duo are flying high with their new venture.

Although only two years old, Old Pilot's Gin has already made its mark internationally. In July 2019 it won 'World's Best London Dry Gin' at the famous International Wine and Spirit Competition in London. By far the most prestigious recognition the brand could receive, it is not their only accolade to date. Old Pilot's Gin has already won a gold medal at the GinUrWay UK competition, a silver medal from the American Distilling Institute and in May this year, a gold medal at the San Francisco World Spirits Competition (where they also won the bronze medal in the Packaging Design Competition). 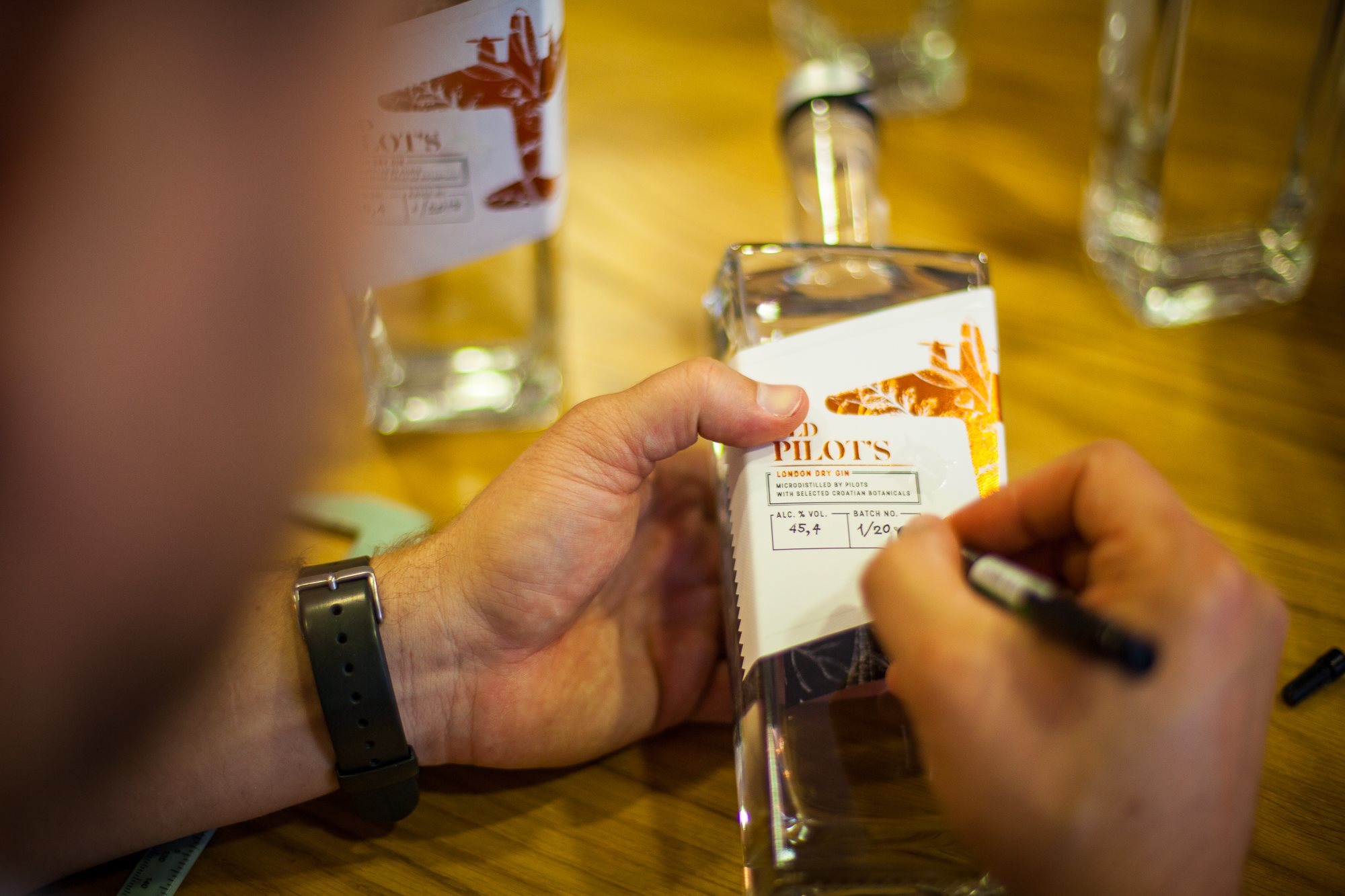 ‘Juniper is the primary ingredient of every gin in the world’ explains Anadolac. ‘Ours is quite special, it comes from Lika, which is on the border between coastal and continental Croatia. The mixture of cold and warm weather there really gives the berries a special flavour. We tried berries from several sources and, for us, these are the best. Apart from Juniper, we use olive leaves from Mount Biokovo. We are only the second distillery in the world to use this ingredient in gin. We use sage from Mount Velebit, lavender from Hvar island, bitter orange peel from Korcula and also angelica root.’

It's quite a simple list of ingredients, but its limited make-up belies the skill involved in producing the gin's superb flavour. At only two years old, their 'Duh u boci' (The Spirit in the Bottle) micro-distillery in the Zagreb suburb of Rudeš still has the look and feel of a new venture, one of its oldest sections is a collection of bottles containing some of the finest gins on the market. 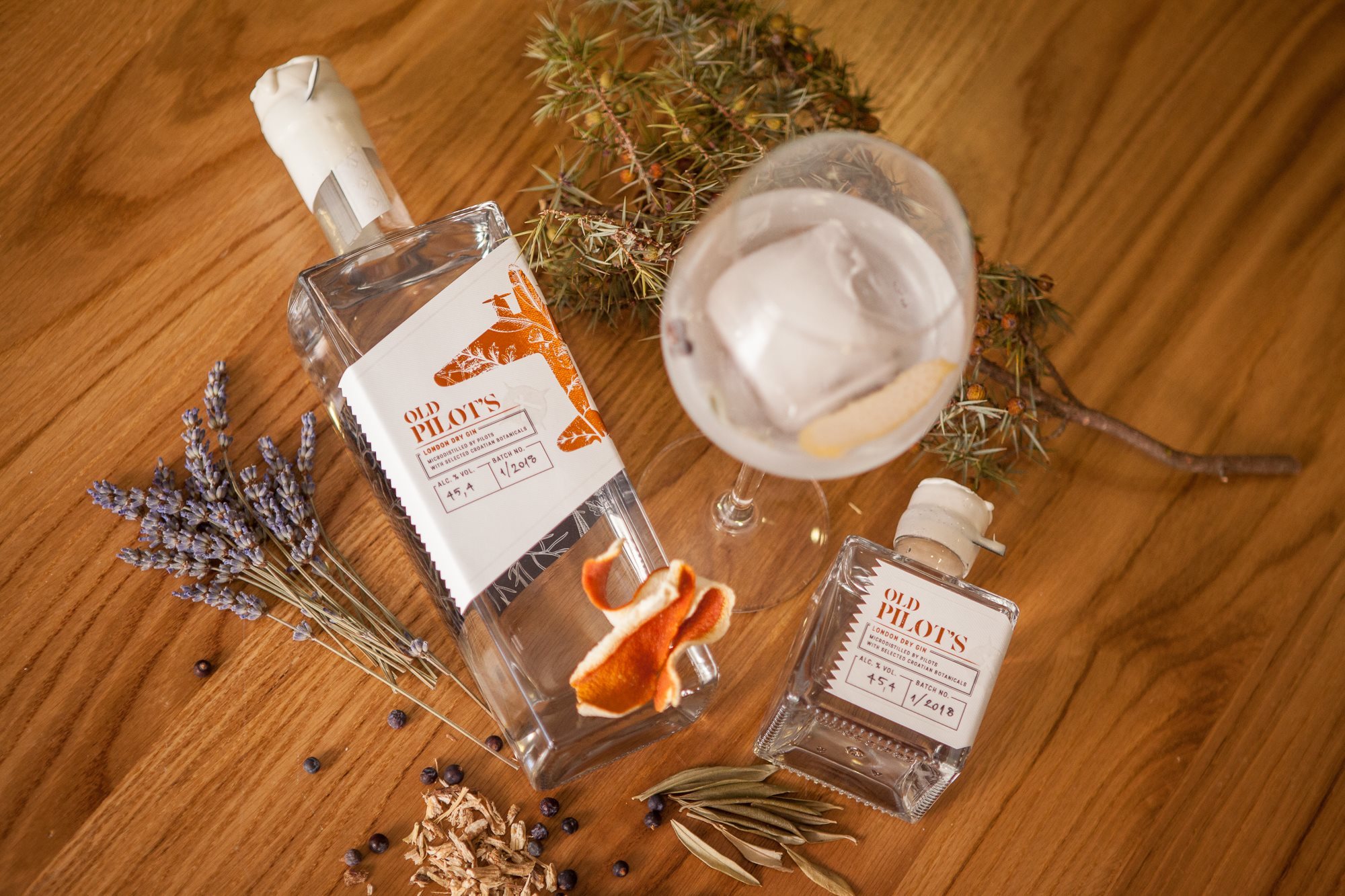 ‘When we were starting, this was our referral point,’ explains Anadolac. ‘We measured our product against all of these, adjusting the flavour until we got to where we are today.’

‘We knew right from the beginning that it must be a premium product, using only Croatian ingredients,’ he says of the venture, which was based on the premise that the tourists all-important to the Croatian economy should be able to sample and take home an exclusive and unique Croatian gin on their visits to the country. ‘We also knew that it must be complex, meaning that all the tastebuds on your tongue, from the front to the middle and end, must be stimulated. And we knew it must be a London Dry Gin, which is the most prestigious and the most difficult to make.’

With the success of Old Pilot's, could gin be the next premium drink to gain international recognition following the success of Croatian wine and craft beer? Certainly, on an international level, gin is experiencing a new level of popularity, its increase in sales prompted largely by female drinkers but also assisted by a growing appreciation of gin at connoisseur level. 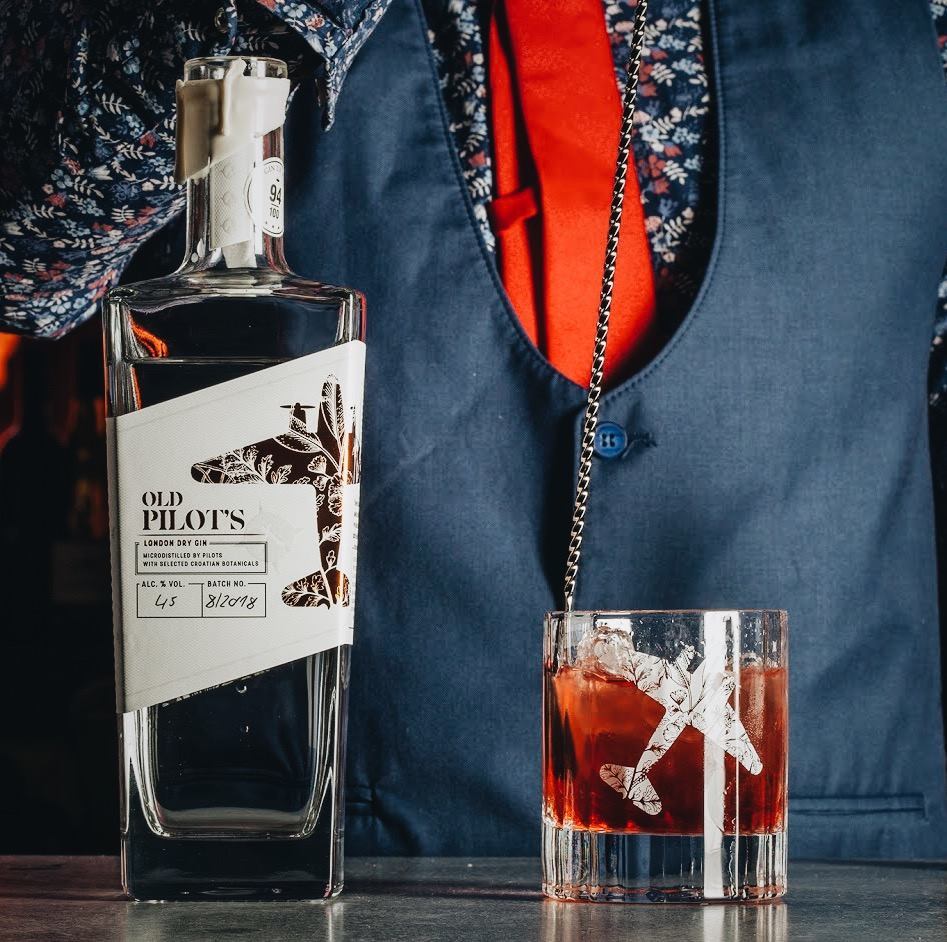 ‘I understand that each of us has different tastes,’ says Anadolac with a half-smile when asked what he would recommend as a mixer for Old Pilot's Gin. ‘I would tell you to drink it without anything. But, it's rare that women will drink it alone and they are the biggest consumers of gin. So, I would suggest to drink it with a natural tonic, Fentimans or something like that. Don't take too sweet a tonic, it will ruin the flavour. And only use fresh ingredients, nothing dehydrated, because it won't have the essential oils or correct aroma. My recommendation would be 0.33 Old Pilot's Gin, one decilitre of natural tonic, fresh orange or grapefruit peel and a fresh sage leaf. There are some very clever mixologists around Croatia and internationally who are doing much more creative things with our gin, but I prefer this more simple approach. Don't complicate things.’

Duh u boci have just launched their second product, Old Pilot's Barrel Aged Gin, a blended gin comprised of spirits aged in different barrels including charred barrels and some previously used in the production of bourbon.