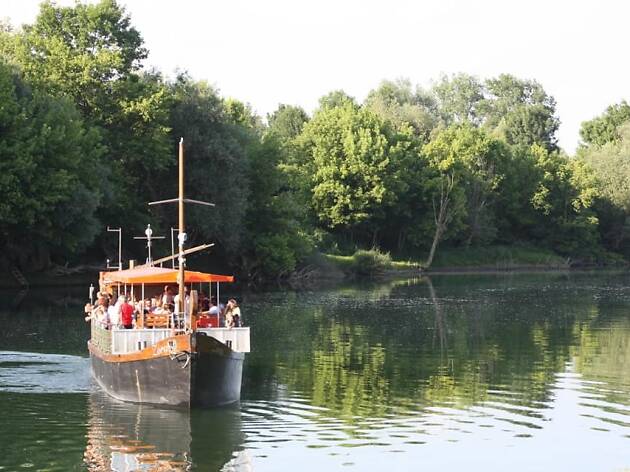 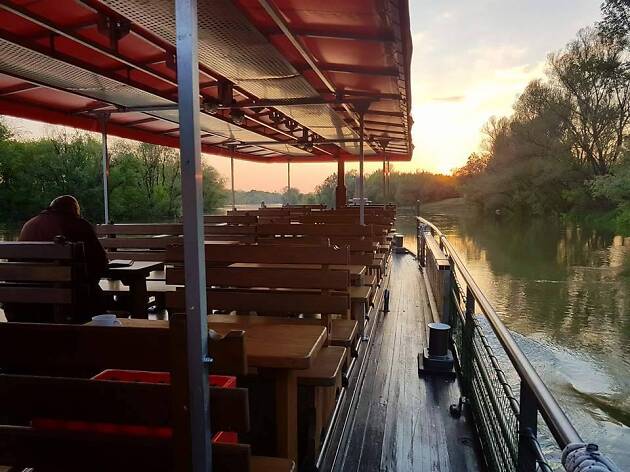 Replica of a historical grain boat, touring the river Kupa near Karlovac

10 years in the making, this exact replica of a 25-metre long wooden cargo ship retraces some of the route on the river Kupa once used to carry grains, spices, wood and salt from as far away as Romania, through Serbia and Bosnia and into Croatia during the 18th and 19th century. Karlovac was an inland port since Roman times and in the periods when boats like this were a common sight on the river, pulled by horses or convicts, goods would arrive in the city to then be taken to coastal areas by horse and cart. Today, this boat offers a guided tour of the river Kupa and is led by engaging staff who can tell you the history of the grain route, the boat itself and the points of architectural and historical importance you pass along the way, such as World War II bunkers, ancient fortifications and Roman remnants. Mostly, though, it's a wonderful opportunity to connect with nature in an area sometimes known as the Valley of Butterflies (there are over 108 different kinds here). Also visible are many water birds, such as swans and storks, kingfishers and even the odd white-tailed eagle. The boat sets sail every day at 11 am during its annual season (April – mid November) for a 90-minute journey. Advance booking is essential. Private bookings for groups are also available at alternate times, including a 3-hour journey option which takes in waterfalls, a sunken Roman boat and the option to swim and dive in the river. All tours come with complimentary food including dry, cured meats, cheeses, sausages, plus white wine and liquor, all of which are locally sourced.