The Routes of the Frankopans

In their 900th anniversary year, retrace the history of ancient Croatia through the architectural legacies of its greatest noble house

Throughout history, the borders of Croatia have expanded and retracted like a sponge, as interests such as the Ottoman Empire, the Hapsburgs and denizens bent on self-determination fought persistently over the territory. At its grandest, cities such as Bihać and Banja Luka, today far beyond the borders into Bosnia and Herzegovina, were part of Croatia. But at its weakest, Croatia was reduced to only what is now the western part of the country, this retraction effectively making much of the then Croatian nobility obsolete.

Two distinct noble families remained, the Zrinski family and the Frankopans, largely due to their allegiances and the fact they held lands in these most westerly regions. As such, they were the most enduring of all the Croatian noble houses.

From the 12th century to the second half of the 17th century, across 114 family members and 17 generations, the history of the Frankopans, in particular, is interwoven with the development of Croatia. Through alternating allegiances with Vienna, Hungary and the Ottoman Empire, theirs is a story that incorporates the defence of Christian Europe, the ruthless political intricacies and inter-marriages of the continent's greatest royal houses (and also their attempted overthrow, in the hopes of establishing independence).

Fran Krsto Frankopan, a member of the Frankopan noble family and its last male descendant

The Frankopans have left an indelible mark on the country. Contemporarily, many famous streets are named after them and some of the oldest historical documents pertaining to Croatia, both legal and cultural, can be attributed to them. What stands amongst the finest examples of ancient Croatian architecture and fortifications were built, inhabited and manned by the Frankopans. And though they perhaps appeared to switch sides several times, one allegiance held firm; that with the Catholic church. This bond played no small part in ensuring Croatia became the strongly Catholic nation it remains today.

Primorje-Gorski Kotar County in western Croatia is prime Frankopan turf. Today its borders reach inland into the Istrian peninsula and along some of its coast, extending north significantly into the beautiful mountainous region of Gorski Kotar. It incorporates the Bay of Kvarner, islands including Krk, Rab, Lošinj and Cres, with Rijeka as its authoritative and cultural capital.

It is within this region that visitors can travel the 17 Frankopan castles and 3 sacral buildings which Kvarner county have included in their new Routes Of The Frankopans. In doing so, visitors will see a portion of Croatia that, unlike Slavonia and the coasts of Istria and Dalmatia, never seceded. In effect, this is authentic, ancient Croatia and thanks to this project by Kvarner county, The Routes Of The Frankopans perfectly illustrates how the country's greatest noble house was able to maintain it as such.

The Routes of the Frankopans

Kvarner Tourist Board accurately states that there is no correct place to start the route and, indeed each of the 20 sites can be enjoyed individually, but visitors to island Krk would be well advised to check out the three located there, not least as they are the cradle of the Frankopan estate.

Hidden from view and inland, Gradec Castle is the birthplace of the dynasty, their original centre of military, political and administrative power, from where they ruled over neighbouring islands such as Brač, Hvar, Korčula and Lastovo.

The Frankopan Castle is much more unavoidable, located centrally in the city of Krk, just back from the water's edge and skilfully incorporated within the Roman town ramparts. Its four towers still dominate the traditional skyline, just as they must have done from the 13th century. The third is the charming Franciscan monastery on island Košljun in Punat Bay.

Hopping over to the mainland, here lies a rich part of the trail, boasting some six castles and several Frankopan-era old towns, which snakes down the coast from Grobnik Castle, looming above Rijeka and lying four kilometres or so to its north, right the way down to the 13th century Kvadrac tower in Novi Vinodolski. Between these are a trail which early rising sightseers, keen to take in everything, could easily manage by car in one day. It holds many highlights. 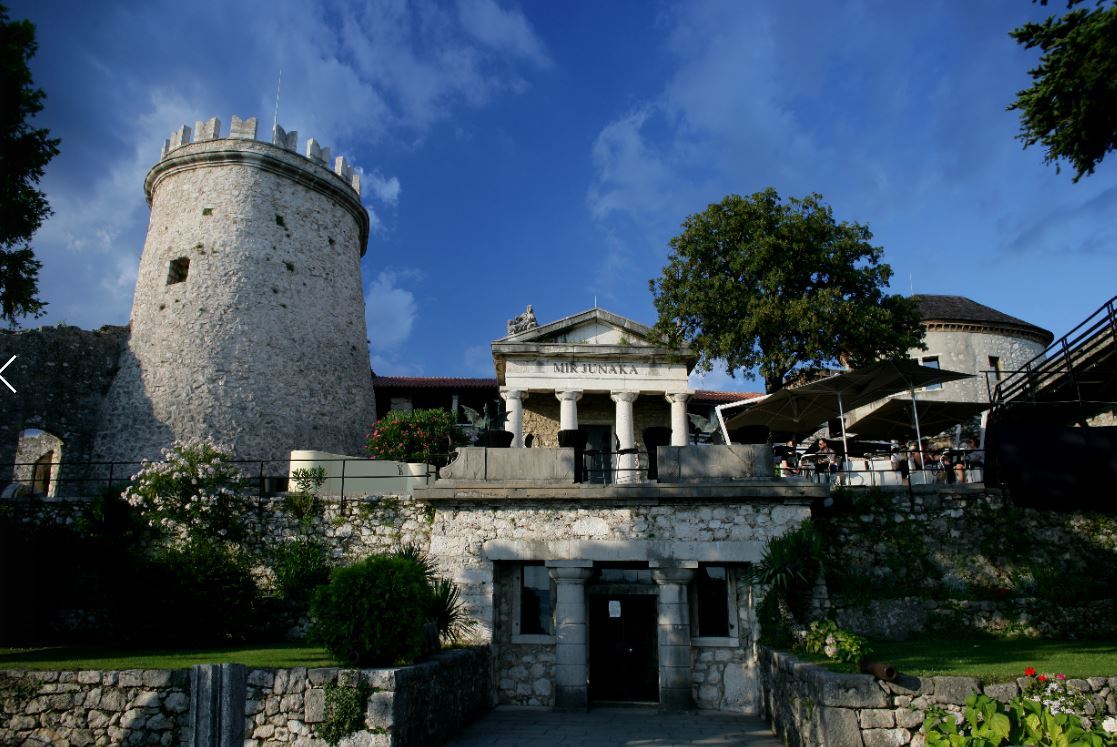 The same could be said of Bakar's castle; the town looks small today in comparison to Croatia's major cities, but even as late as the late 18th century it was one of the country's then largest.

Located high on a peninsula at the very entrance of the Bay of Bakar, Nova Kraljevica's construction was commenced by Petar Zrinski in 1651 and can rightly be claimed as one of the key sites where we can today see the intertwining of the two great Croatian houses, Zrinski and Frankopan. There are many examples of these family's connection along the route, but this was the actual residence of Katarina Frankopan and her husband Petar Zrinski (the beautiful and well-preserved site once held Croatia's very first museum).

Once abandoned and forgotten, Drivenik Castle today rises majestically atop the modern settlement, its 15th-century church of St Stephen, the baroque church of St Domnius and the town's lake.

The clear waters of the Adriatic are quite rightly a major pull for many visitors to Croatia, but to not see the country's interior would be missing out on some of its most spectacular geographies. The third part of the trail lies within the often visually stunning mountainous region of Gorski Kotar, its Frankopan architecture many times framed by magnificent natural backdrops.

The minor Zrinski Castle in Čabar, like many historical sites in Croatia, still plays a part in the functioning town of today and as a result is beautifully preserved. 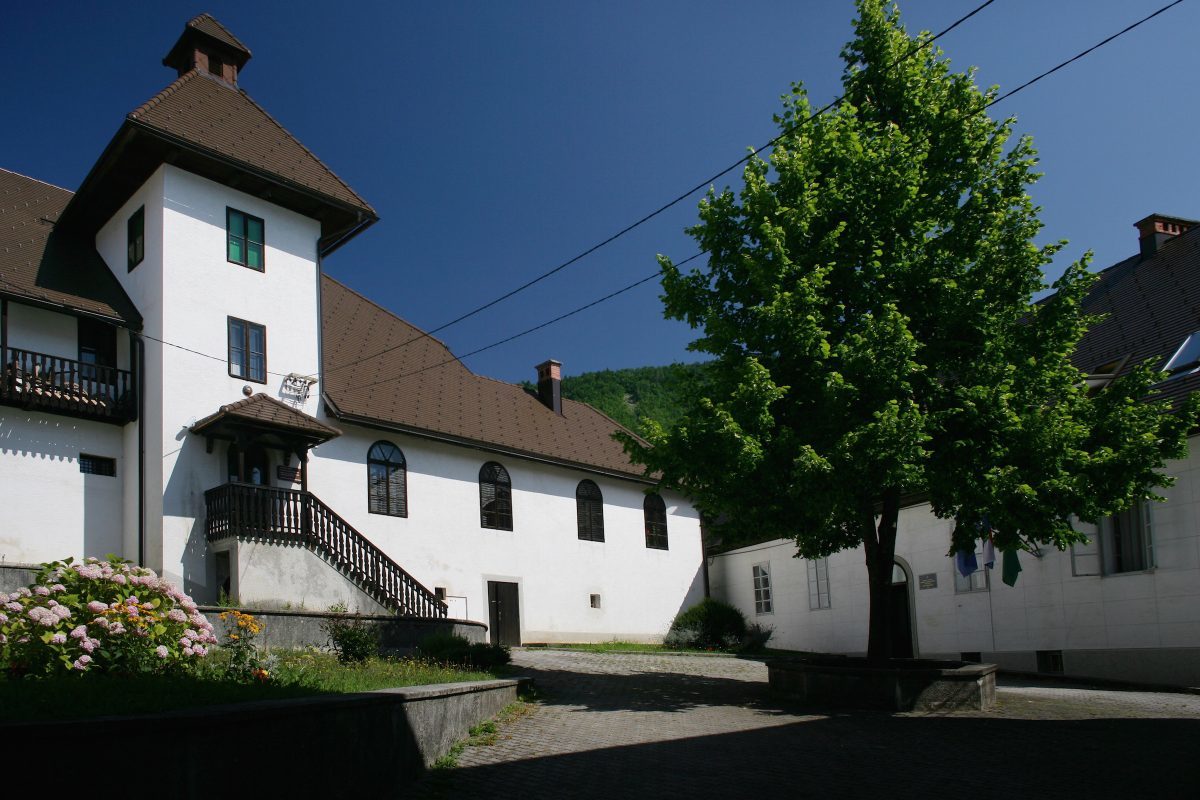 Severin Castle, with its beautiful riverside location, also manages to feel somewhat eerie, the location having been looted after the fall of house Frankopan.

Stara Sušica Castle is a little off the beaten track, lying some 60 kilometres to the east of Rijeka, but it is a stunning architectural gem which has been lovingly restored many times. It nestles in the cooling shadows of tall coniferous trees just outside of the town. 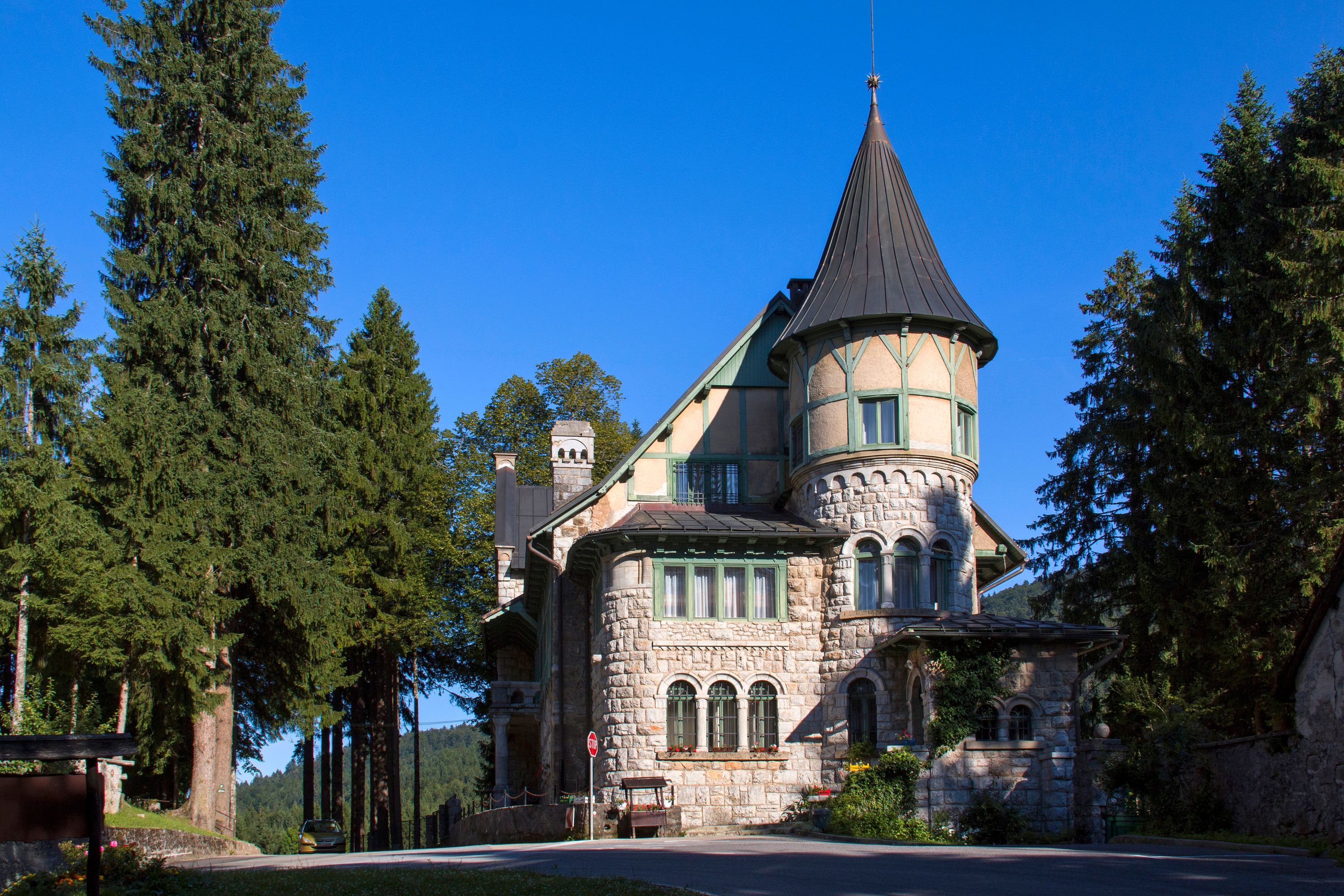 Gomirje is the westernmost Serbian Orthodox monastery in Europe, founded around 1600 when Orthodox settlers (thought to be from the region of Krka) were drafted in to protect the area from the Ottomans. The site also includes the charming church of Roždenije saint John the Baptist, built in 1719.

Gomirje Monastery and the church of Roždenije saint John the Baptist

More information can be found on the official The Routes Of The Frankopans website, at the Kraljevica visitors centre in Nova Kraljevica castle or by downloading the mobile phone app Putovima Frankopana.