The 20 of the worst Oscar winners in history

Each year during Oscar season, the Academy scratch their heads and try to decide which of the best films of the year deserves to be awarded one of those famous golden statuettes.

Of course, each year the Academy Awards are also surrounded by controversies, whether it’s about the host or snafus involving rogue envelopes and Best Picture winners. But mostly, the controversies stem from the films that end up winning awards and whether they are actually worthy. With this in mind, we've trawled the archives to uncover the Academy’s biggest blunders in one handy list. From Julie Andrews warbling on a mountaintop to the time ‘Harry and the Hendersons’ walked away with a handful of gold, here are the worst Oscar winners in history.

RECOMMENDED: Your guide to the Oscars 2019 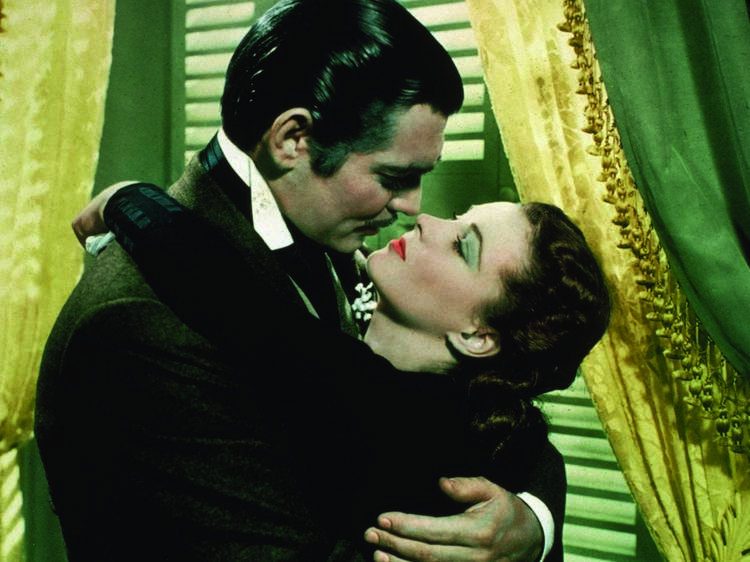 1. Victor Fleming for ‘Gone with the Wind’

It may be a popular classic that still holds the record for most tickets sold, but slavery-era epic ‘Gone With a Wind’ feels a mite creaky in this age of #OscarsSoWhite and ‘12 Years a Slave’. But that’s not the only reason we question Victor Fleming’s Oscar win. In truth he was only one of three directors to work on the film, so the award really should’ve been split between them.

It could’ve been...
John Ford for ‘Stagecoach’, Frank Capra for ‘Mr Smith Goes to Washington’, William Wyler for ‘Wuthering Heights’. 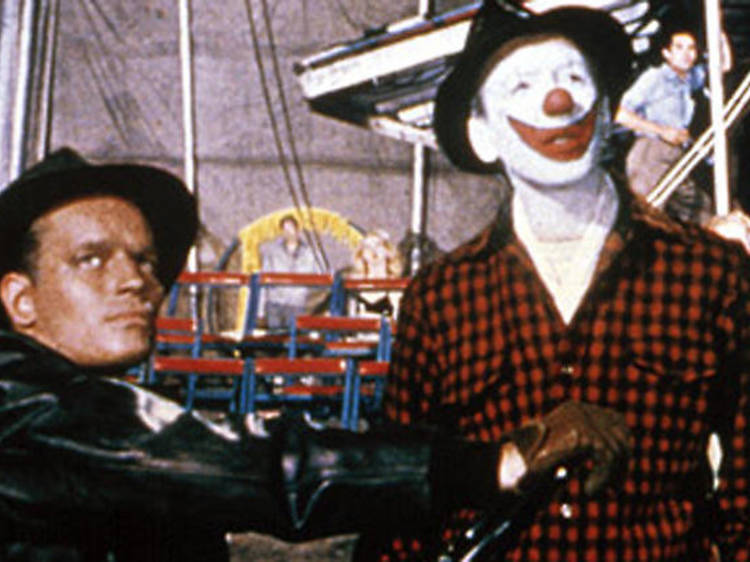 2. ‘The Greatest Show on Earth’

Legendary producer-director Cecil B DeMille may be one of the key figures in the history of American cinema, but that doesn’t mean his films were all great. Gaudy circus story ‘The Greatest Show on Earth’ may have packed them in at the box office, but you’d be hard-pressed to mount a strong artistic defence of this trashy, overlong epic.

It could’ve been...
‘The Bad and the Beautiful’ (not nominated),‘High Noon 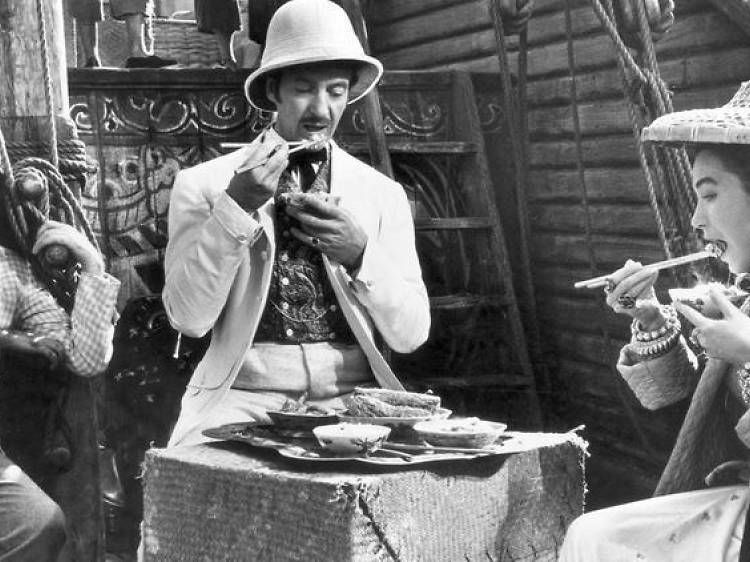 Sometimes the Academy don’t just get the winners wrong, but the whole damn ceremony: in 1957, while the likes of ‘The Searchers’, ‘Written on the Wind’ and ‘Forbidden Planet’ were wowing audiences at home, with ‘The Ladykillers’, ‘La Strada’ and ‘Seven Samurai’ on release worldwide, the Academy saw fit to reward this turgid family romp, while the nominees were rounded out with epically tedious crud like ‘Giant’, ‘The King and I’ and ‘The Ten Commandments’.

It could’ve been...
A year to remember. 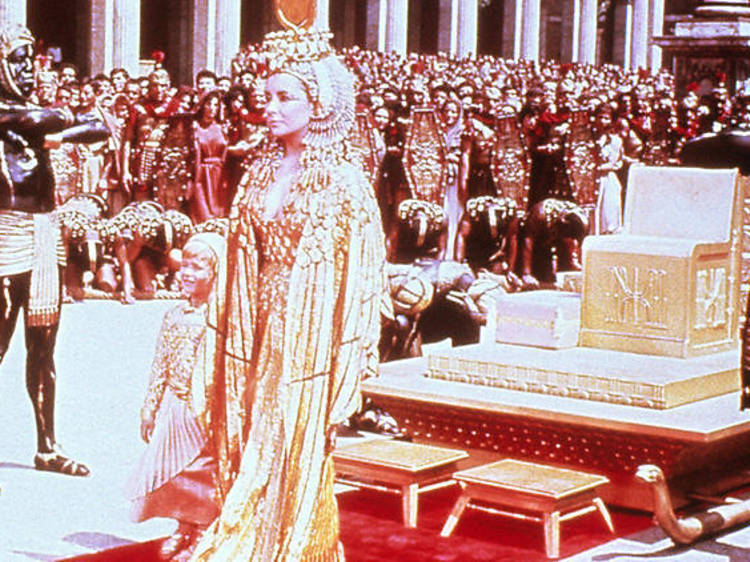 That this bloated, tedious and wildly overpriced historical epic took any awards at all is disgraceful, but the one which really sticks in the craw is Cinematography. Not only does the film look like it’s been shot through a veneer of blancmange, but it triumphed over arguably the most visually sumptuous film ever made, ‘The Leopard’, which wasn’t even nominated. 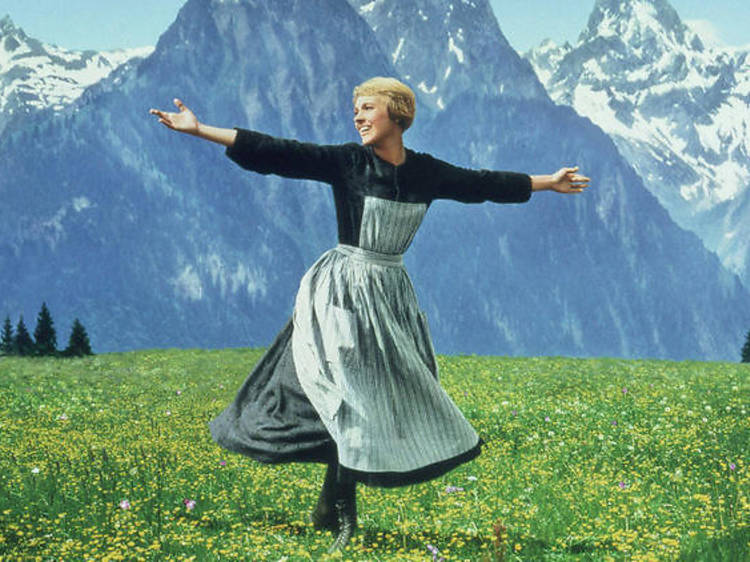 The mid-'60s were a grim time for Hollywood both artistically and economically, as reflected by a truly lacklustre brace of Best Picture nominees at the 1966 awards: alongside Robert Wise’s excruciatingly cheerful nuns ‘n’ Nazis romp were ranged the likes of ‘Doctor Zhivago’, ‘Darling’ and something called ‘A Thousand Clowns’. 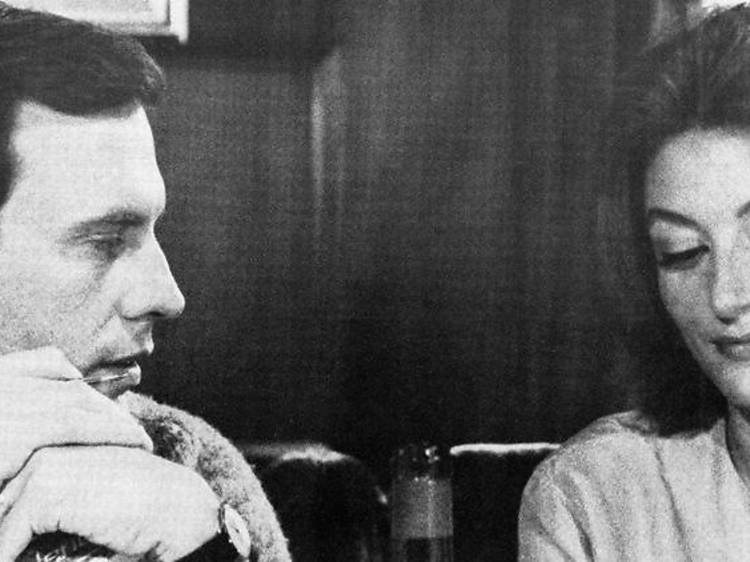 It may have looked slick, exciting and frightfully modern at the time, but Claude Lelouch’s paper-thin romantic romp now seems trite, dated and disgustingly self-satisfied – as relentlessly annoying as its twittering oh-so-French theme song. 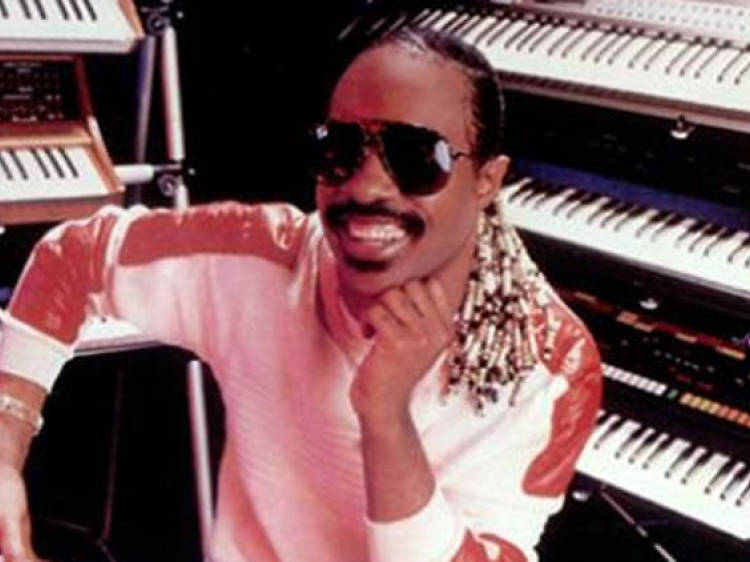 7. ‘I Just Called to Say I Love You’ by Stevie Wonder, from ‘The Woman in Red’

Everyone loves Stevie Wonder, and with good reason, but even before the song was verbally lambasted by John Cusack in ‘High Fidelity’, it was widely accepted that this drippy, cloying romantic ballad is one of the soul pioneer’s low points. 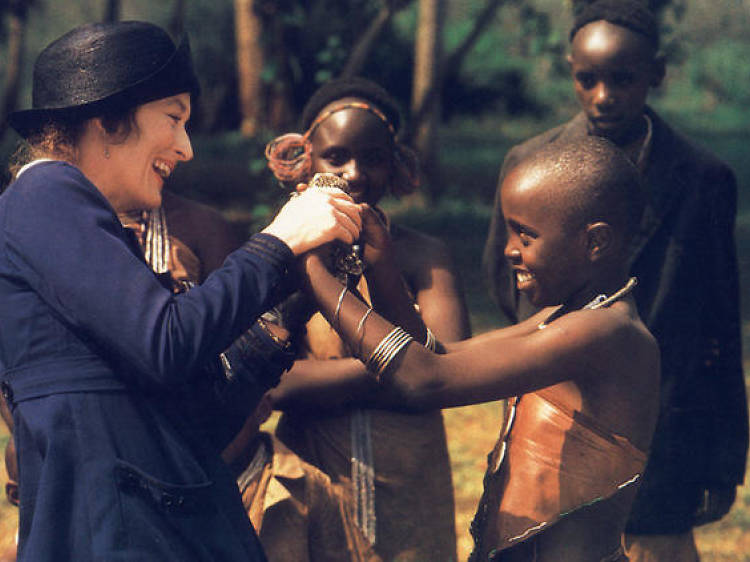 In the mid-'80s, the Academy suddenly became obsessed with dishing out heaps of awards to grandiose, sweeping tales of life in foreign lands: see ‘Gandhi’, ‘Platoon’, and ‘The Last Emperor’. While each of those films is defensible, the same can’t really be said of this tiresome, glacially-paced colonial romance. 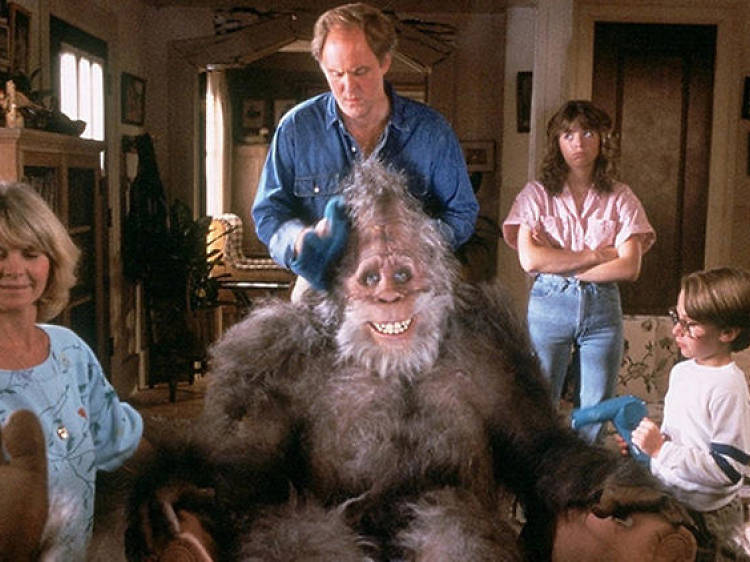 9. Rick Baker for ‘Harry and the Hendersons’

‘Academy Award winner “Harry and the Hendersons”’ must be one of the oddest accolades ever devised, but it’s nonetheless true. The make-up fraternity may simply have been rewarding FX legend Rick Baker for past achievements, but whatever their reasoning, this dire family monster-com had no right to be within sniffing distance of awards glory.

It could’ve been...
Absolutely anything else. 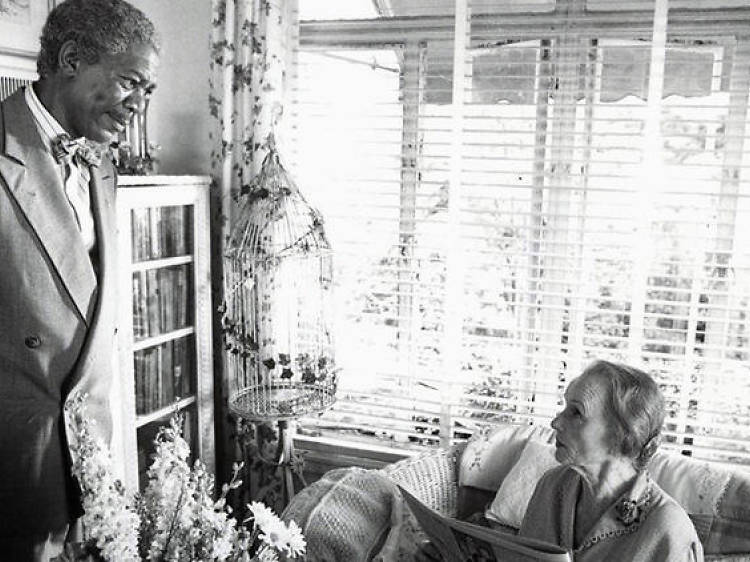 Sometimes the Academy seem to enjoy making things difficult for themselves. To nominate this good-natured but worryingly old-fashioned race-relations weepie rather than Spike Lee’s dynamic, challenging ‘Do the Right Thing’ was insult enough. To then give crotchety old ‘Miss Daisy’ four awards including the big prize was an unforgiveable injury. 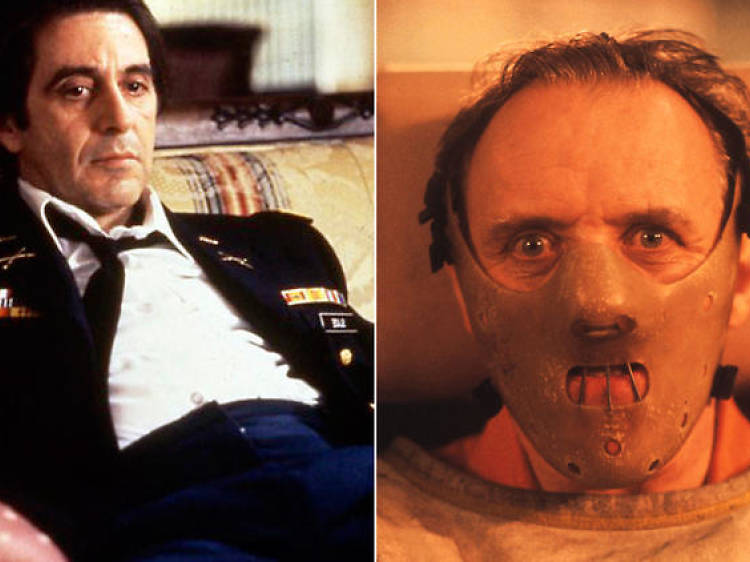 11. Anthony Hopkins for ‘The Silence of the Lambs’, Al Pacino for ‘Scent of a Woman’

No actor ever won an Oscar for their subtle behaviour, but these two foot-thick slices of ham really stand out. Hopkins’s turn in ‘The Silence of the Lambs’ is admittedly terrific fun: sucking the marrow out of every villainous line, he comes on like William Shatner auditioning for ‘Dracula’. Pacino, meanwhile, is just a ball of mad, bellowing energy. Is this really the same man who played it so quiet and malevolent as Michael Corleone? 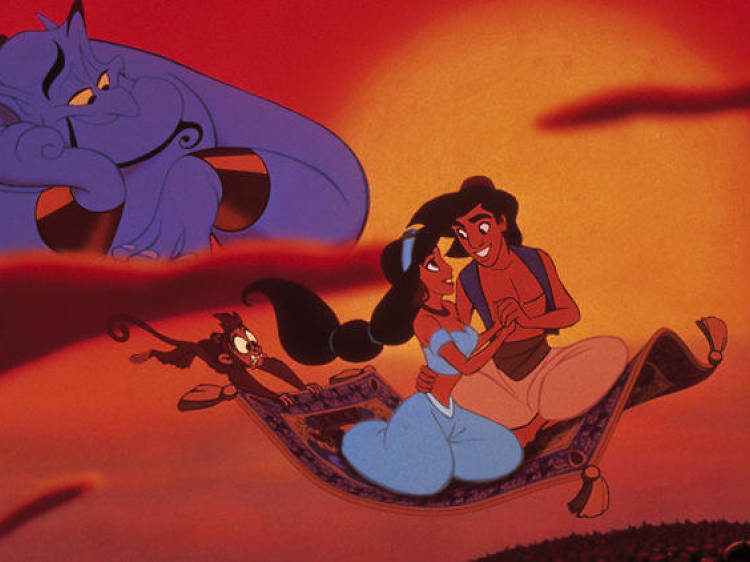 In the mid-1990s, the Walt Disney Company exerted a stranglehold over the Best Song category, resulting in wins for three unlistenably schmaltzy ballads – A Whole New World from ‘Aladdin’, Can You Feel the Love Tonight? from ‘The Lion King’ and Colors of the Wind from ‘Pocahontas’ – each of which combine lowest-common-denominator lovelorn lyrics, hideously catchy melodies and slushy string-based instrumentation.

It could’ve been...
Anything by Randy Newman. 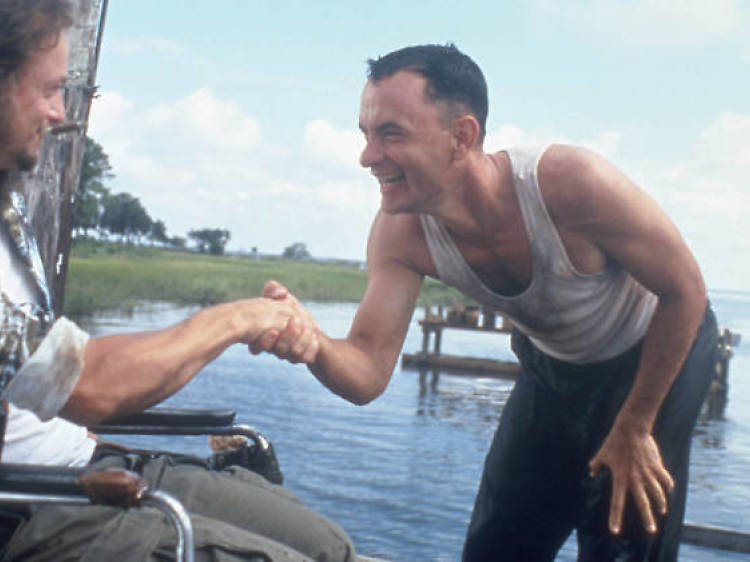 America loves to pat itself on the back, but this slick, saccharine, deeply reactionary nostalgia-fest is one giant leap too far. Tom Hanks gives a dead-eyed, inexplicably Best Actor-winning performance as the dullard man-child whose simple, old-timey wisdom inevitably gets the better of revolutionaries, counterculturists and those pesky Vietnamese.

It could’ve been: ‘Pulp Fiction’, ‘The Shawshank Redemption’, ‘Quiz Show’. 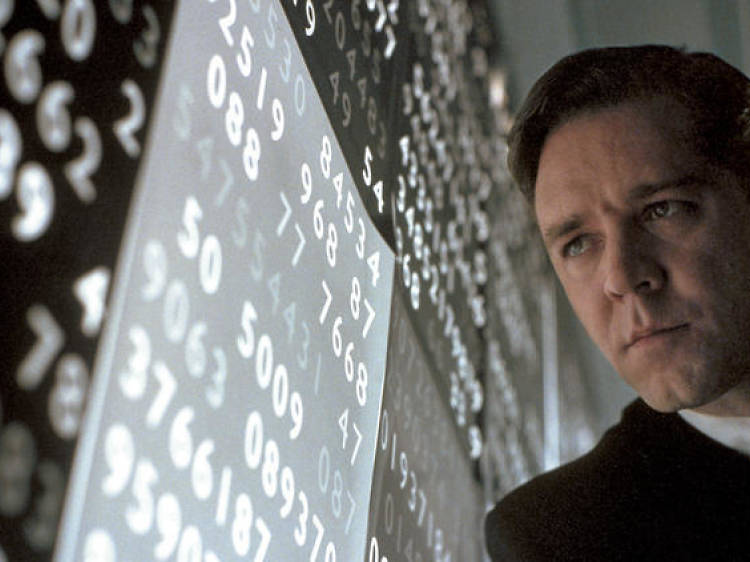 By the late ‘90s, it seemed the Academy had decided to avert any chance of controversy by doling out awards to the blandest, most inoffensive movie they could find (see also: ‘Shakespeare in Love’, ‘Titanic’, ‘Chicago’). The worst offender in this category has to be Ron Howard’s entirely forgettable maths ‘n’ madness biopic, a disease-of-the-week TV movie which somehow escaped into the multiplex.

It could’ve been...
‘The Fellowship of the Ring’, ‘Gosford Park’, ‘Mulholland Dr’ (not nominated). 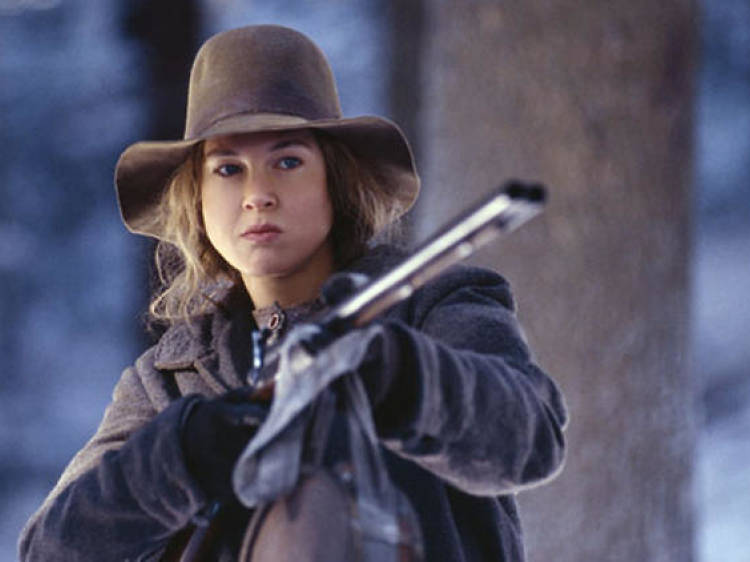 It could’ve been...
Patricia Clarkson in ‘Pieces of April’, Shohreh Agdashloo in ‘House of Sand and Fog’. 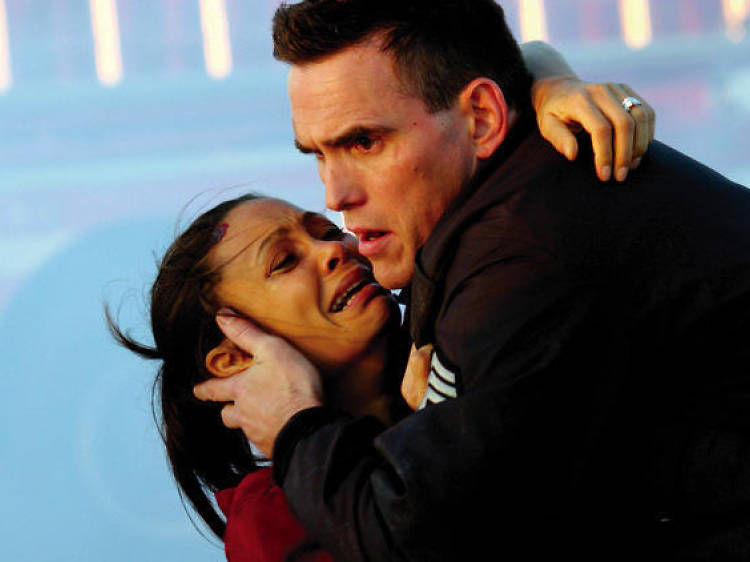 2005 was the year politics returned to Hollywood, with the Middle East (‘Munich’), gay rights (‘Brokeback Mountain’) and America’s troubled political history (‘Good Night and Good Luck’) all on the agenda. ‘Crash’ was a political film too, but in the lily-livered, hand-wringing, don’t-say-anything-unless-you-say-something-offensive-by-mistake vein – so of course it snatched the big prize.

It could’ve been...
Any of the above. 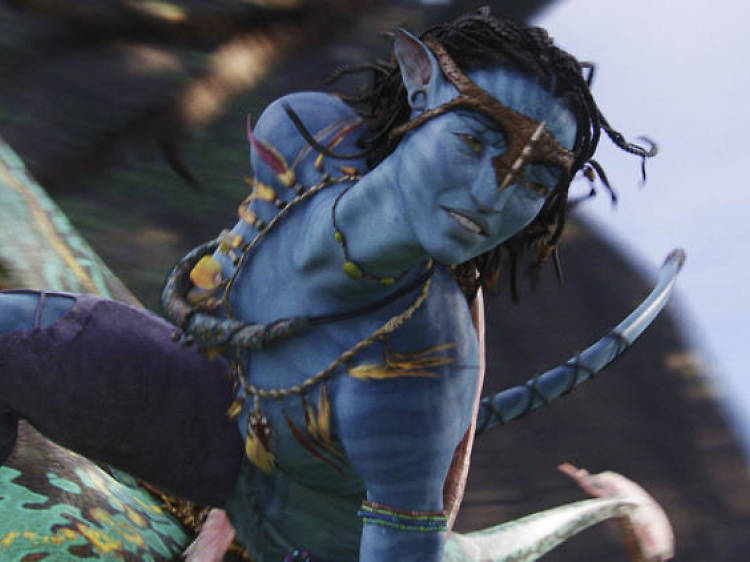 Leaving aside the issue of quality, the real question is how a film created almost entirely within a computer can be nominated for Best Cinematography? Photographing a film is a tactile art, demanding in-depth knowledge of focal lengths, lenses and the way light moves. If all that work is done by a thousand nerds sweating over a thousand desktop computers, who’s really doing the ‘filming’? And does this mean Pixar movies are eligible?

It could’ve been...
Michael Haneke’s stunning ‘The White Ribbon’. End of story. 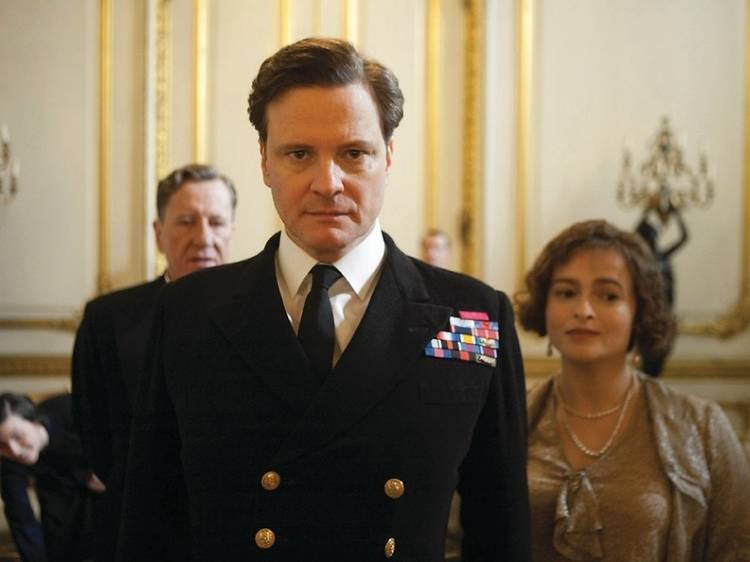 
Patriotic and positively pro-royal, ‘The King’s Speech’ is a perfectly diverting slice of British cosiness. But it’s hardly Best Picture material – and the fact that helmsman Tom Hooper also took the Best Director prize is simply bizarre. His work is TV-standard: solid but unimpressive. And it looks even weaker next to David Fincher’s icy-cool ‘The Social Network’, which was also in the running.

It could’ve been...
The above, Darren Aronofsky for ‘Black Swan’ or The Coen brothers for ‘True Grit’.

In the years since this moderately entertaining silent movie about backstage Hollywood life won Best Picture, has anyone ever said the words ‘you know what I feel like watching? “The Artist”’? To go from winning film’s biggest honour to being completely forgotten in such a short time is pretty impressive, but given the film’s cutesy tone, drama-free setup and general air of self-satisfied middle-of-the-road-ness it’s perhaps not surprising.

It could’ve been...
‘The Tree of Life’ or  ‘Tinker Tailor Soldier Spy’, which, criminally, wasn't nominated 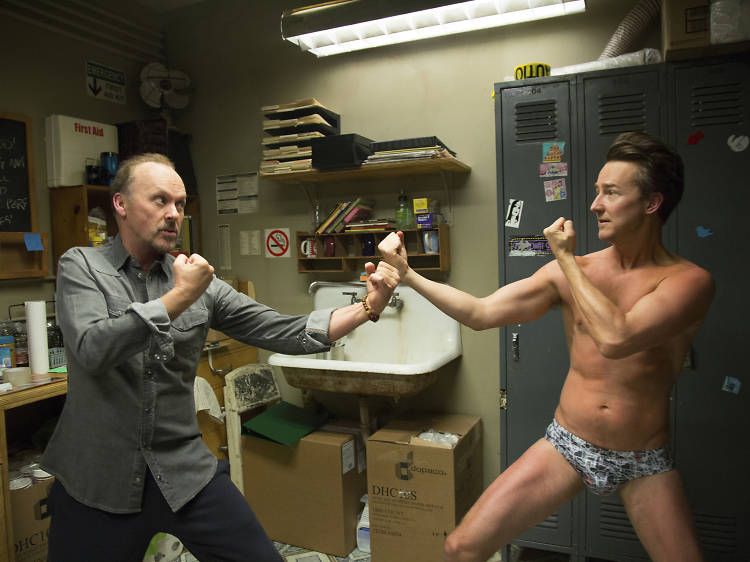 20. ‘Birdman: or the Unexpected Virtue of Ignorance’

Alejandro González Iñárritu’s ‘Birdman’ divides critics – our reviewer gave it a five-star rave, while for others it’s a shallow, unfunny rant directed at the easiest of targets: actors and the media. But all that is irrelevant, because ‘Birdman’ had the misfortune to be released in the same year as a film that brought something genuinely new and refreshing to cinema. Richard Linklater’s ‘Boyhood’, filmed over 13 years, was a heartfelt, daring coming-of-age drama that stunned audiences worldwide. So of course it couldn’t win.

It could have been...
‘Boyhood’, plain and simple. 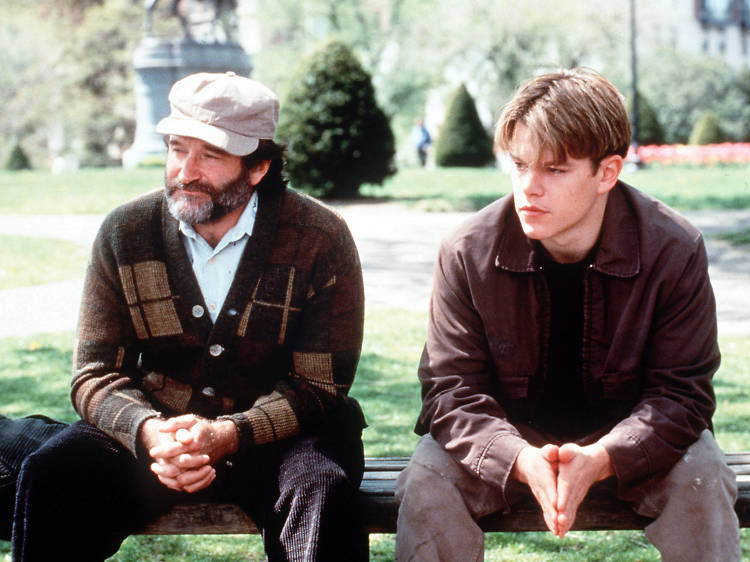 The 20 best Oscar-winning movies on Netflix

Here’s our handy list of the best Oscar winners available to stream on Netflix UK.