How to holiday like a Viking: six ‘The Northman’ locations to visit this summer

All the stunning landscapes, none of the pillaging

Fresh from seeing Robert Eggers’ brutal, blood-pumping Viking action flick The Northman? No doubt you’ll be dying (figuratively, of course) to immerse yourself in the Viking world, to learn more about longboats, sagas, Valhalla and more. So here’s a handy guide: where to go to dive deep into Viking lore and visit some of the film’s spectacular landscapes.

The Northman’s plot takes it from Scotland to the Kievan Rus and finally to Iceland, but nearly all of the film was actually shot in Northern Ireland. Naomi Liston, The Northman’s location manager, explains her task: ‘I was looking for three countries. Hrafnsey [the opening fort] was meant to be in Scotland, Fjölnir’s farm was Iceland and then the Slav village, where the massacre took place, was in Russia. So I had to find this whole continent in Northern Ireland.’

But just because the film wasn’t shot exactly where it’s set, don’t think for a second that the settings aren’t realistic, or, for that matter, any less stunning. Eggers is renowned for being a meticulous filmmaker whose works are insanely well-researched and historically accurate – and The Northman, from its headdresses and swords to rituals and folklore, is no different. If he was satisfied with a location’s Viking credentials, you know they’re legit.

And Northern Ireland has plenty of Viking ties of its own, notes Liston. ‘There’s an island called Rathlin Island where there’s the remains of Iron Age people, and Vikings went to that island as well,’ she says. ‘Historically, I couldn’t give Robert [Eggers] a better setting.’

Plenty of The Northman’s key locations are perfectly visitable – with no longboat required. Below we’ve compiled a list of places where you can immerse yourself in the Viking world, from picture-perfect landscapes to comprehensive museums. On to Valhalla!

The Northman locations to visit 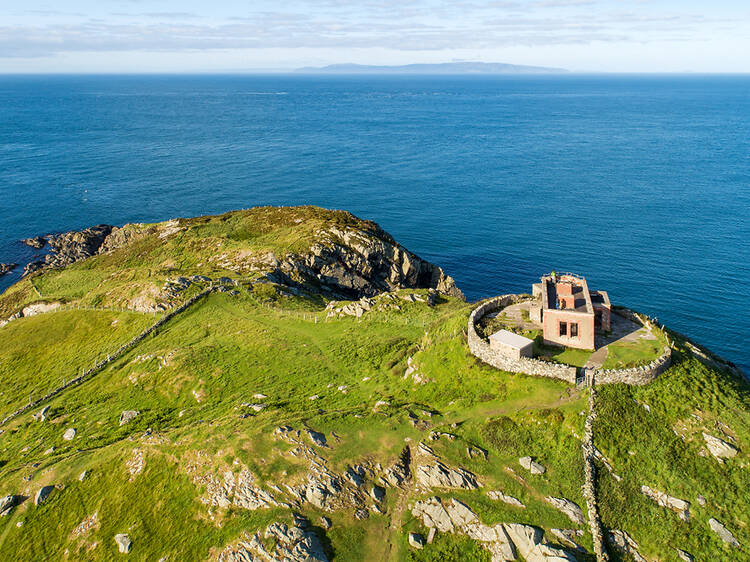 From Country Antrim’s magnificent Torr Head you can see all the way over to western Scotland. ‘It’s this completely inhospitable peninsula which is right on the edge,’ says Liston. ‘And when you look out on a clear day, you can see the Mull of Kintyre and the Paps of Jura.’ In other words, the ideal backdrop for Aurvandil’s island kingdom, where many of The Northman’s opening scenes take place. With its rugged headland and dramatic views, it’s all too easy to envisage Torr Head as a wind-battered fort with longboats swirling in the choppy seas below. 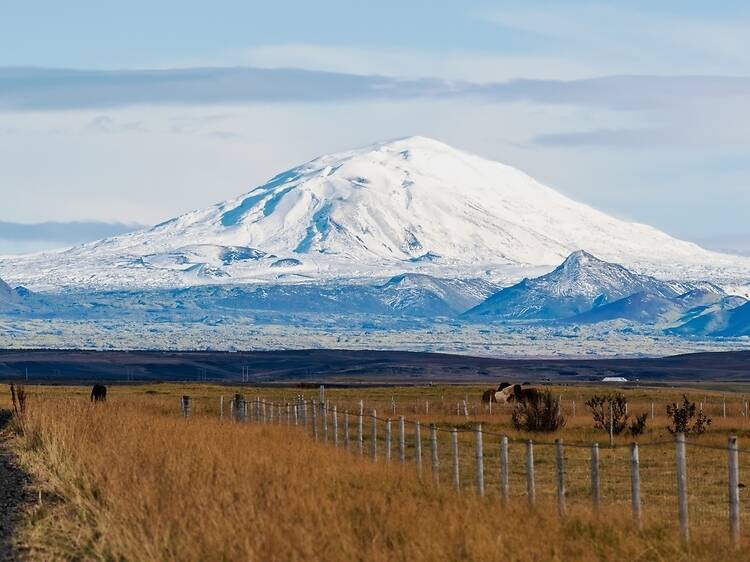 While much of The Northman is set either on Mount Hekla or is backdropped by the volcano, the movie wasn’t actually filmed in Iceland. But why should that mean you shouldn’t visit anyway? Dubbed the ‘Gateway to Hell’, Hekla is one of Iceland’s most active volcanoes and, if you catch it mid-eruption, really does look as impressive as it does on screen. The scenes set on the volcano itself were shot at Boghill Quarry in Antrim County. ‘We’ve got a lot of basalt in Northern Ireland,’ explains location manager Naomi Liston,, ‘it’s really black, dark stone there. We sculpted it a bit – we got diggers in – and that’s where the fight scene happened.’ 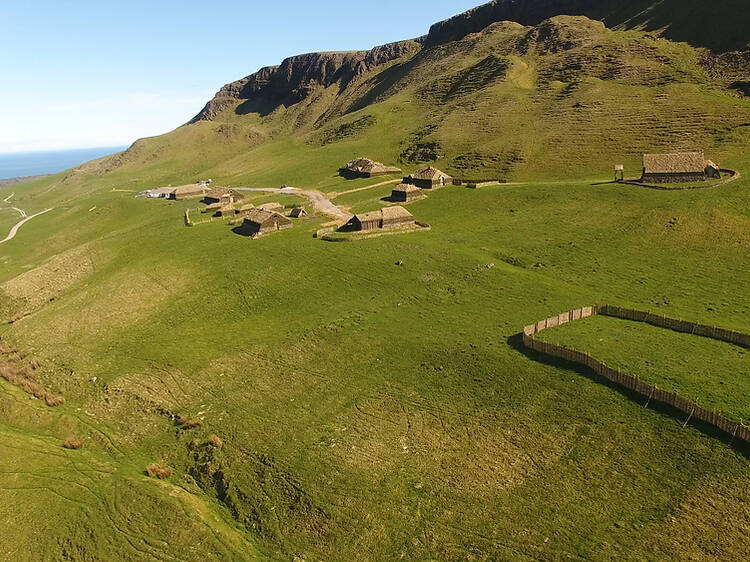 The farm of scheming uncle Fjölnir is sodden and exposed, its turf huts submerged by rolling hills and thick, heavy mists. But for such a desolate place, it also feels lush. Carncastle and Knock Dhu in County Antrim were the perfect spots for The Northman to construct Fjölnir’s farm and an entire Viking settlement. Even though the huts won’t still be standing, you’ll get a feel for Carncastle’s rich green grass, often blustery weather and phenomenal panoramic views. 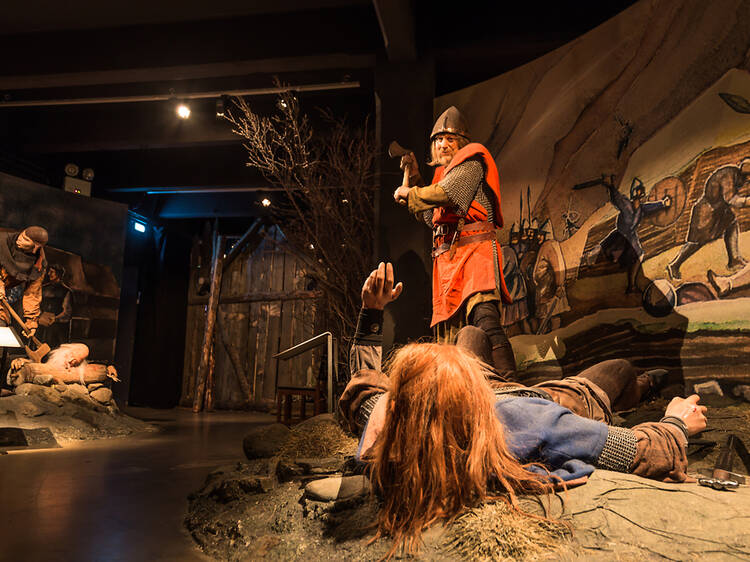 Reykjavik’s Saga Museum is renowned for vividly bringing the Icelandic sagas to life, taking visitors on a journey from the country’s first inhabitants through to the Black Death. It recreates key moments in Icelandic history with wax-like figures and huge models – and visitors can even don Viking costumes. Apparently, director Roberts Eggers visited the museum during his preparation for The Northman. 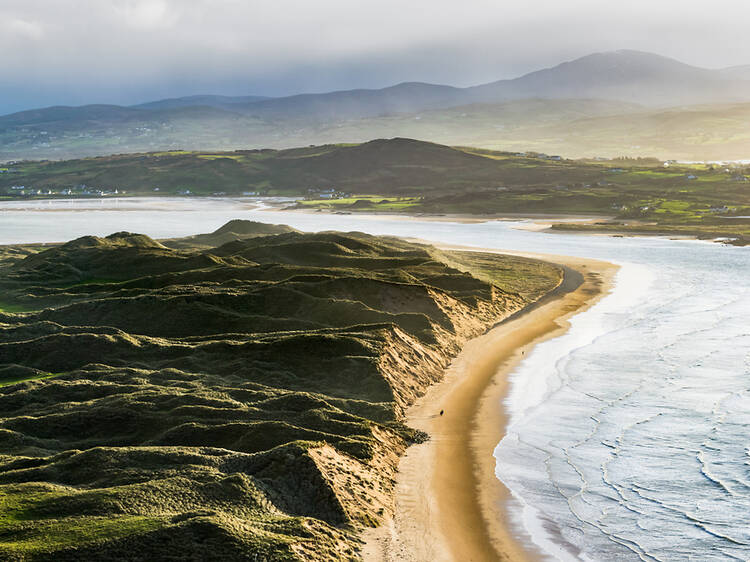 Not all of The Northman’s shoot on the Emerald Isle was limited to Northern Ireland. For a scene where Viking slavers and their slaves arrive on Icelandic shores, the crew used a beach in Donegal. Named Five Fingers Strand, it’s a spectacular stretch of sand surrounded by steep banks of dune and with Malin Head (the most northerly point of mainland Ireland) in the background. This is one to tick off for Star Wars fans, too – Five Fingers Strand was also used for scenes in The Last Jedi. 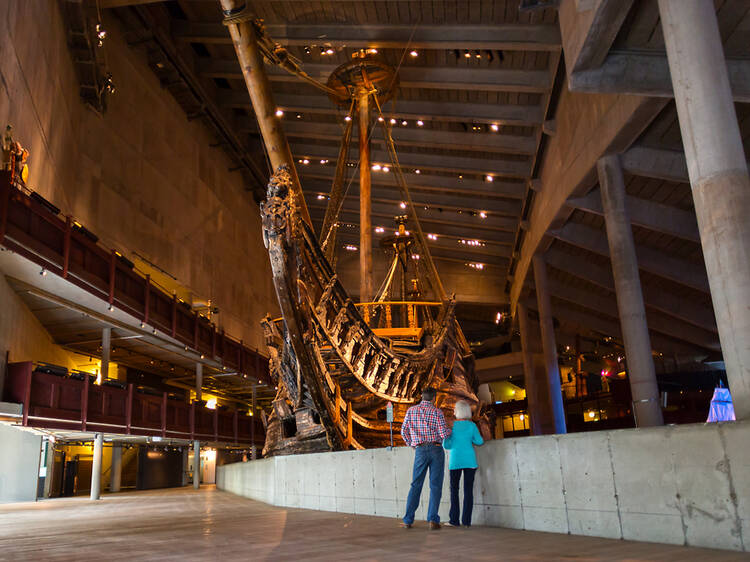 From Norse mythology and berserker raids, to shipbuilding and everyday diets, the Viking Museum in Stockholm dives deep into every part of Viking society. Using films, projections and sound effects – not to mention, of course, full-size longboats and artifacts recovered from burial grounds – it’s a fount of Viking knowledge. And more than just a place for research, the Viking Museum is where The Northman’s cast and crew partied after the film’s world premiere. Pretty cool, eh? Unfortunately, we can’t promise there’ll be that much free mead for regular visitors.

Read our review of The Northman here and our interview with Alexander Skarsgard here.