Famously, Steven Spielberg grew up in the public eye, maturing from good-versus-Nazis blockbusters into a more nuanced engagement with human evil. His art found its apex in an extraordinary 1993, during which the director released two masterpieces: the highest-grossing Hollywood roller coaster up to that point (Jurassic Park) and a morally complex Oscar-winning triumph (Schindler’s List). It’s an achievement that will likely never be matched. We love all kinds of Steven Spielberg movies—ones about sharks and Abraham Lincoln alike. In honor of his latest effort, Ready Player One (admittedly, not that high on our list), we’ve ranked all 31 Steven Spielberg movies, from the thrilling peaks to the so-so valleys. He’s never made a truly terrible film, and that in itself is impressive. 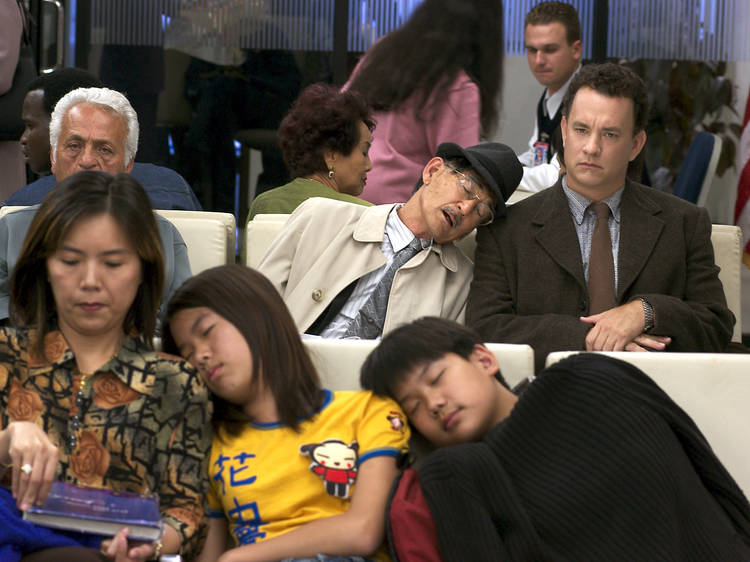 Spielberg had made poor films before The Terminal, but each of them had a flash of the old magic: a dazzling shot, a winning character beat, a moment of grandeur. Not The Terminal. This vaguely-based-on-reality tale of a hapless, lovable foreigner (Tom Hanks, inevitably) marooned at JFK Airport following a visa mix-up is totally anonymous on every level. Still, if this drab, inoffensive piece of fluff is as bad as it gets for the director, that’s to his credit.—Tom Huddleston 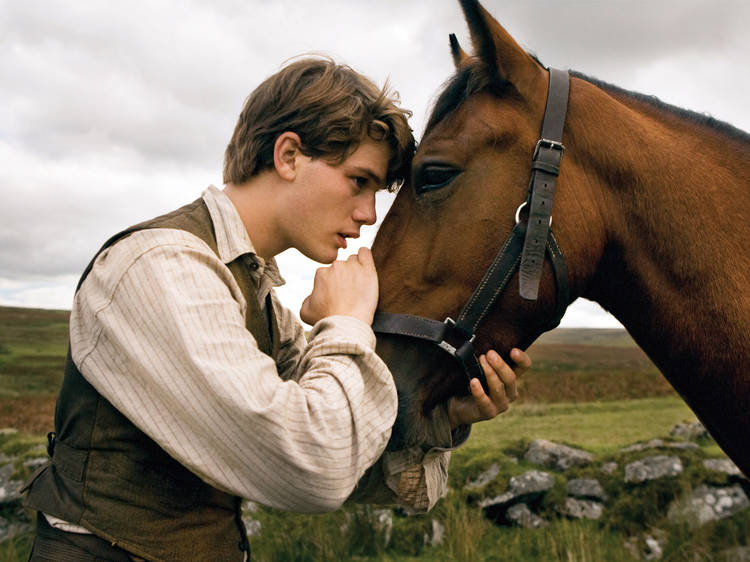 A towering monument to all of Spielberg’s worst tendencies, this trite and terribly unfocused adaptation of Michael Morpurgo’s 1982 novel doesn’t even manage to match the visual chutzpah of the stage version that launched a few years prior to the film. War Horse tells the bloated saga of a horse that, um, goes to war (WWI to be exact). The story is seen through the eyes of the young boy who cares about the steed more than any of us ever will. This wasn’t Spielberg’s first whiff, but it was the first time it felt like he was on autopilot.—David Ehrlich 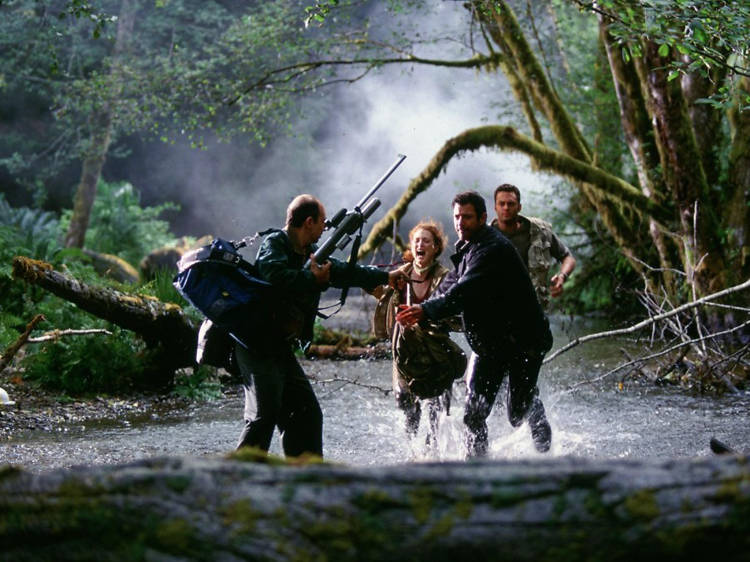 The idea of making a sequel to Jurassic Park made artistic as well as commercial sense: There was plenty more mileage in the dinosaurs-stomp-humans template. The problem came when Spielberg decided to forego an original screen story and adapt Michael Crichton’s feeble, unimaginative follow-up novel. The central narrative hook—there’s another island!—is risible, and the A-to-B chase plot gets old fast. It’s worth watching, though, for one unforgettable sequence involving Julianne Moore, a pane of shattering glass and a pair of raging T-rexes.—Tom Huddleston 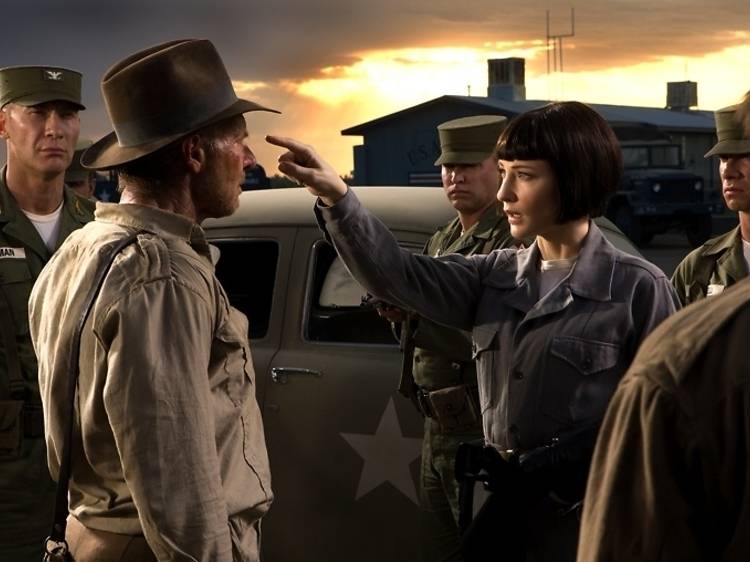 Two decades after his rakish archeologist was last seen on screen, Harrison Ford picked up the whip for this so-so Cold War–set reboot. It was neither remarkable nor awful and had a nuclear-test-bomb scene that wowed. But mostly it felt like an unwelcome retread. Also, the marriage of Indy's old-school adventure antics with something more sci-fi and Space Age feels weird and out of place.—Dave Calhoun 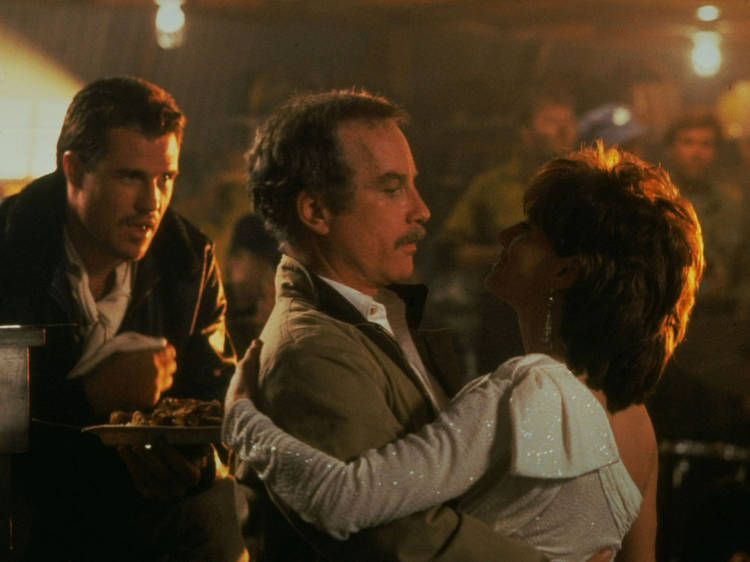 After Empire of the Sun, Spielberg kept the airplane fetish alive with this wildly miscalculated remake of Victor Fleming’s 1943 weepie, My Name is Joe, which tells the story of an aerial firefighter (Richard Dreyfus) who dies in the line of duty and then becomes his wife’s wingman in heaven. Saccharine, hollow and ultimately senseless, it’s still worth a watch to see Audrey Hepburn’s final performance, the immortal star ironically playing an incarnation of Death.—David Ehrlich 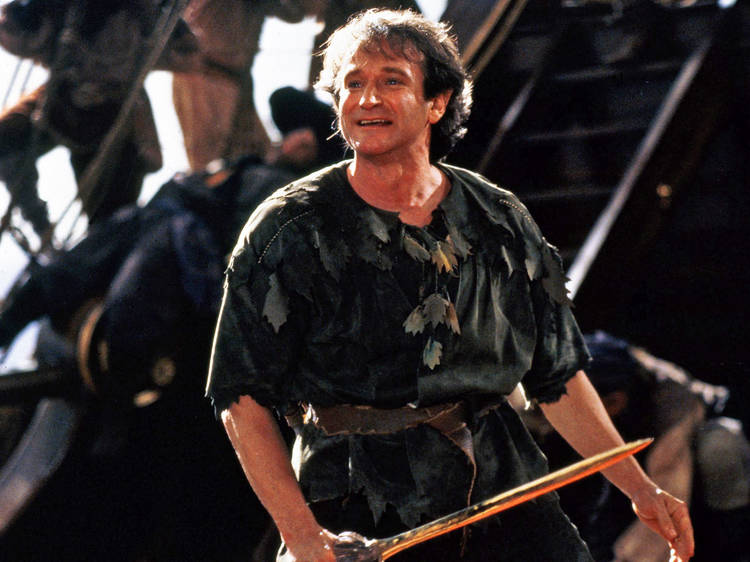 No story concept speaks to Spielberg’s core more than the Peter Pan myth, in which little boys never grow old, and adventure is just over the horizon. Ironically, when the director finally got around to making his update of J.M. Barrie’s classic, he flubbed it: Hook is noisy, shrill, awkwardly envisioned and more like The Goonies than you’d care to remember. Apart from Julia Roberts’ effervescent Tinkerbell, the acting is desperate. It was possible to assume (incorrectly) that Spielberg was done.—Joshua Rothkopf 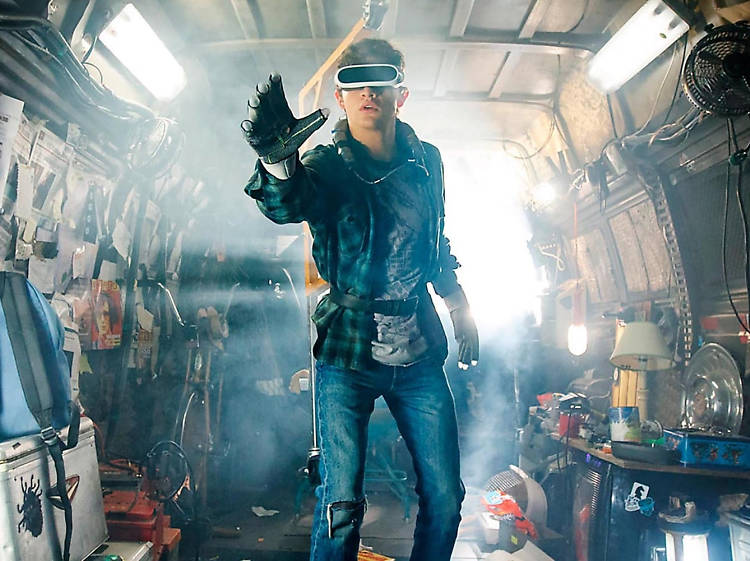 Like having your nostalgia force-fed back to you as digital noise, Spielberg’s aggressively tricked-up spin on Ernest Cline’s geek-friendly 2011 novel feels way too easy for him. It’s crammed with references to better sci-fi films (including that T. rex from Jurassic Park) but the fan service is panting and overloaded—visually, it feels like those Coke ads that play before the trailers. Spielberg is capable of so much more wonderment than this; hopefully it’s just a placeholder until he’s ready to dive in with more heart.—Joshua Rothkopf 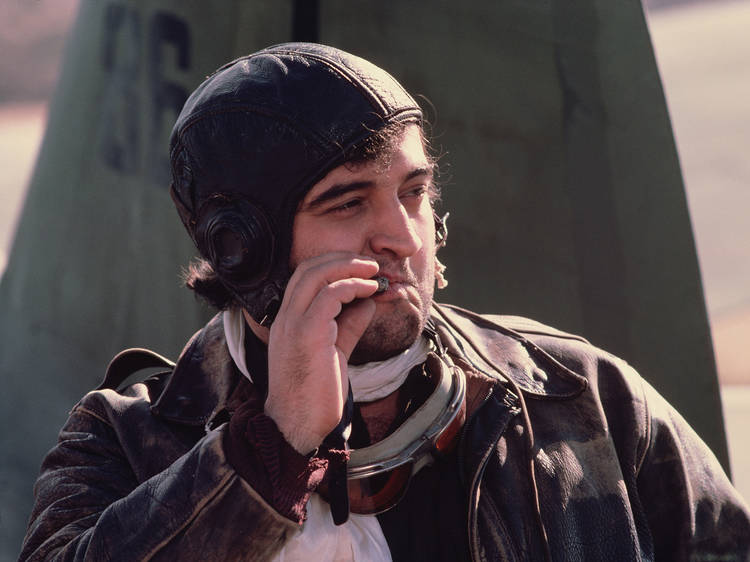 There’s one great visual joke here, as the Santa Monica Ferris wheel rolls into the ocean, a comic casualty of a Japanese sub attack on the coast of California. But mainly, this movie is a blip between giant, culture-changing projects, Close Encounters of the Third Kind (1977) and Raiders of the Lost Ark (1981). For all its junky chaos, 1941 lacks soul and a human dimension that Spielberg would rarely forget going forward. His subsequent returns to WWII would be a lot more serious.—Joshua Rothkopf 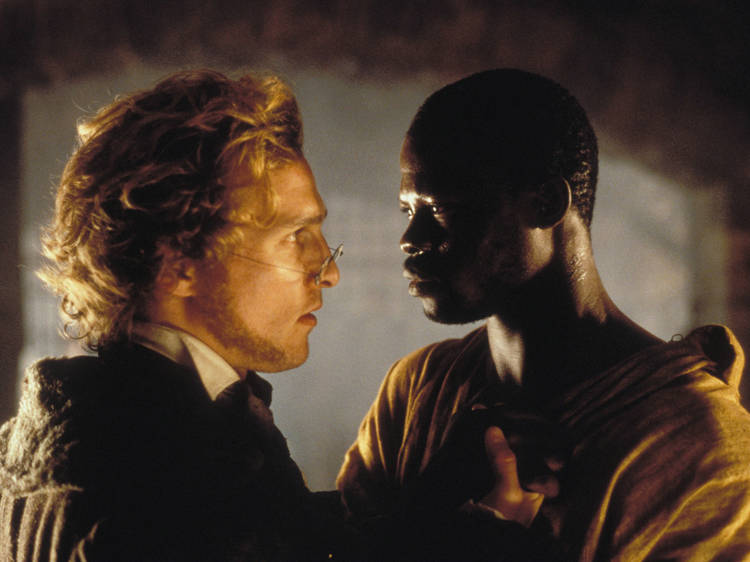 This was Spielberg’s first serious film after Schindler’s List (although it followed the sequel to Jurassic Park), so expectations were high. It focuses on a controversial chapter in American history, slavery, and specifically the court case that followed a ship mutiny by Africans kidnapped from their homeland. It’s a noble but slightly dreary affair, nodding forward to Spielberg’s Lincoln in that it focuses heavily on a judicial process but not as sharply. It's still wholly admirable.—Dave Calhoun 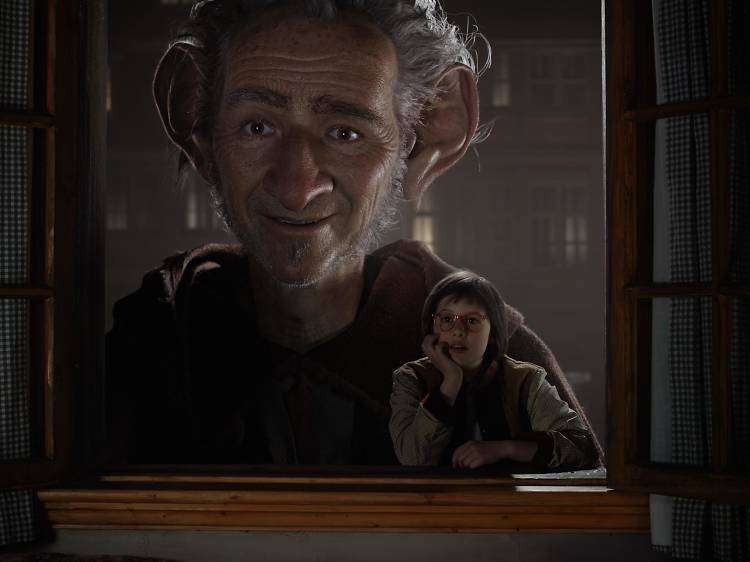 Sophie (Ruby Barnhill), an orphan, is snatched from her bed late at night by a big-hearted vegetarian giant (Mark Rylance) and is whisked off to a land of oversize cannibals in this adaptation of Roald Dahl’s much-cherished 1982 children’s story. Working with his late E.T. screenwriter Melissa Mathison, Spielberg makes the most of Dahl’s spare tale; naturally, he’s more interested in the wonder of dreams than the terror of nightmares, resulting in a movie that’s gentle and charming (if a tiny bit sluggish).—Dave Calhoun

Want to watch other great movies? 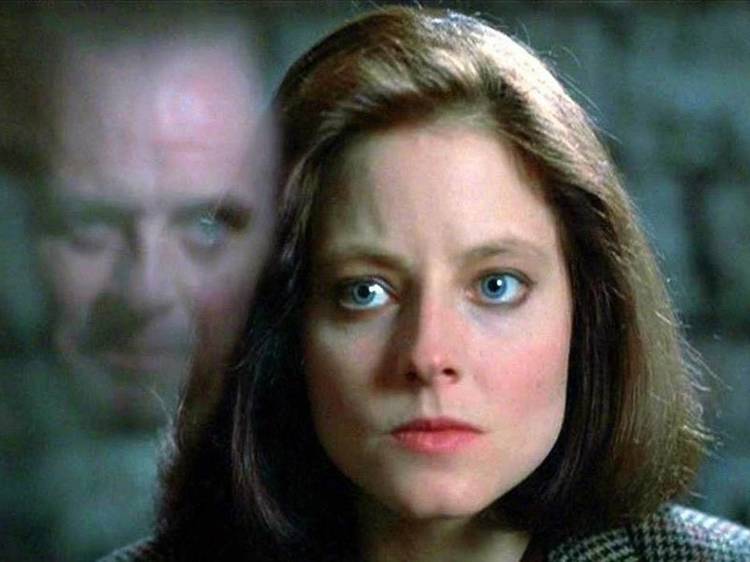 Check out the 100 best thrillers of all time