The hottest clubs on the Tel Aviv nightlife scene

It’s not a myth. Tel Aviv’s known as ‘the city that never sleeps’ for a reason. From a booming Tel Aviv nightlife bar scene to a collection of one-of-a-kind cocktail bars, you’d be silly to call it an early night in the White City. If bars aren’t your thing, and neither is the alternative Tel Aviv nightlife, and you’re looking to shake that tail feather to Israel’s hottest DJs, we’ve rounded up the best clubs in Tel Aviv for your dancing pleasure. From the glamorous spots down by the Tel Aviv Port to after hours establishments just steps from Rothschild Boulevard, you’ll leave the clubs just in time to cure those drunchies with some greasy Tel Aviv street food or hungover Israeli breakfast. When it comes to Tel Aviv nightlife, you have to give into the FOMO. After all, you can sleep when you’re dead.

The best clubs in Tel Aviv 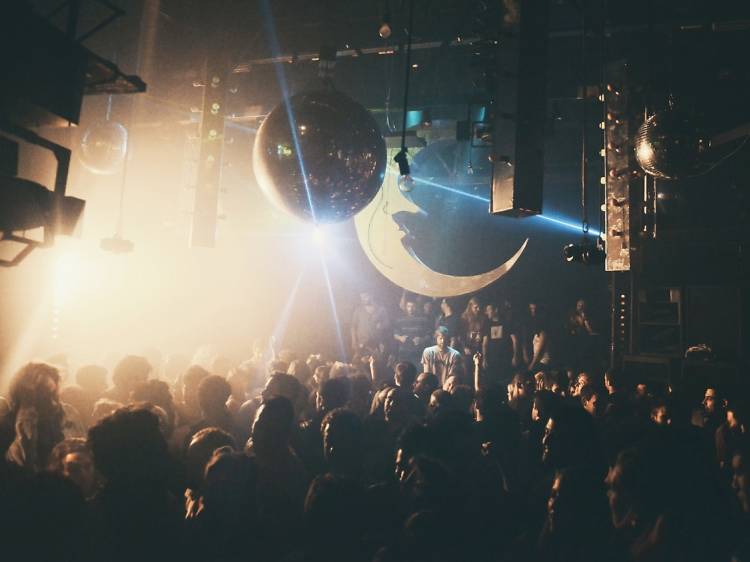 Recently renovated and re-opened in Tel Aviv’s famed Central Bus Station, the Block is a highly customized, beloved underground club. From its state of the art analog sound system, to their ability to lure in world renowned DJs every weekend – the Block party is hard to top. 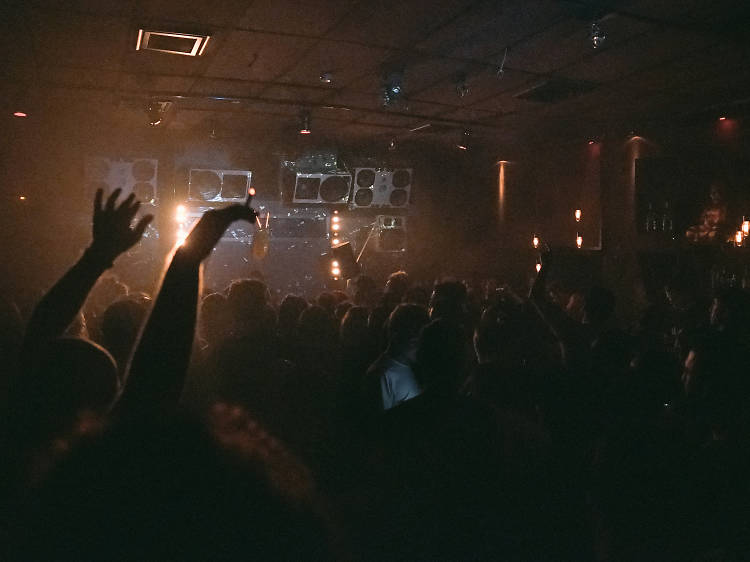 Located between some of Tel Aviv’s highly acclaimed nightlife joints, Alphabet just off Rothschild Boulevard renew their DJ lineup weekly so there’s no time for the mundane. The darker, more intimate dancefloor makes this spot one of the most magnificently designed mini clubs in the world, letting their sound system breath inside its smaller walls with ease, flair and vibrancy. 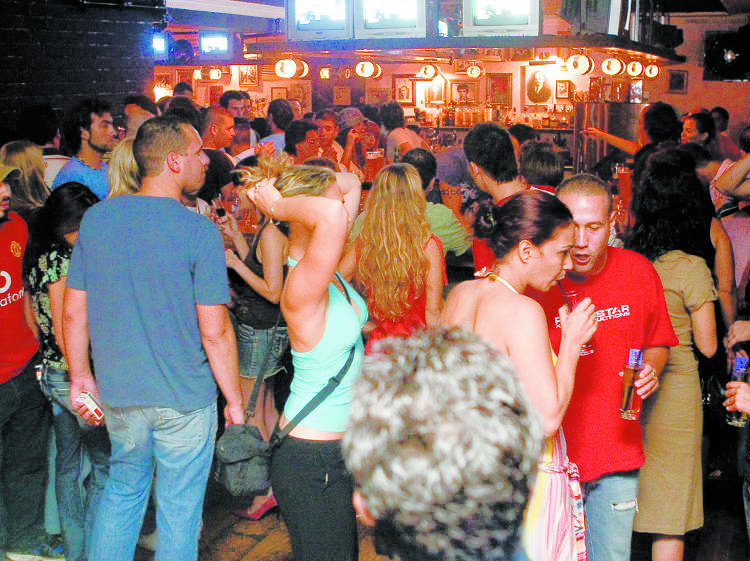 Tel Aviv’s undisputed king of cool, this after-hours club is the place to go when everywhere else is shut, boring or simply too far to limp your partying butt off to. DJs from Israel and beyond play every night, reveling in the utterly wild, yet somewhat cliquey and decidedly wasted crowd.
Read more 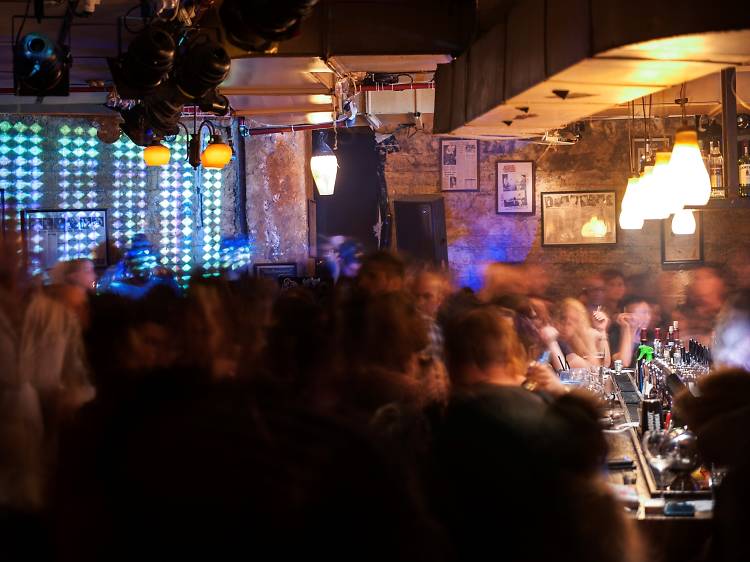 Edgy, trendy and progressively cool – this eclectic underground hotspot tempers together a web of tourists, celebs, students and locals to make this the only night spot needed on your agenda. Get caught up in a world of musical mayhem and treat those ears to every contemporary genre out there right now.
Read more
Advertising 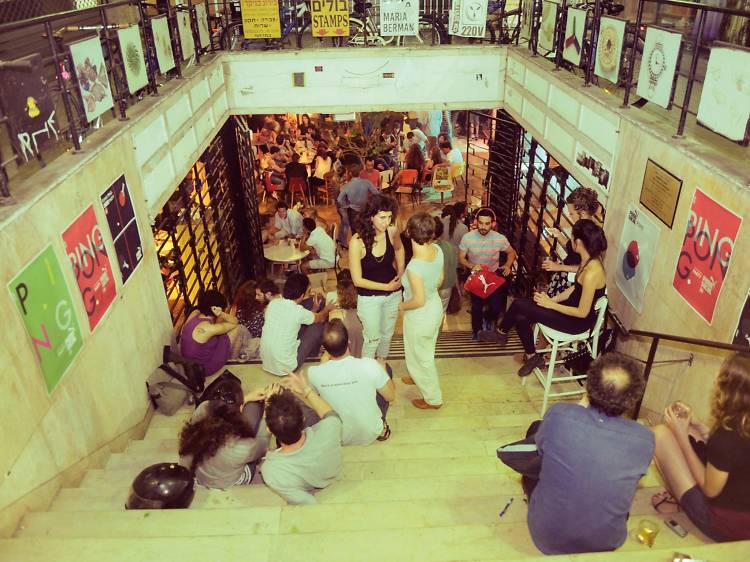 This grungy-but-hip club pulls focus on the music, rather than the extravagance that embodies many of Tel Aviv’s nightclubs. Sure it has a certain je-ne-sais-sleaze to it, and it’s smoky, but the musicians are uber-talented and the sound is ear-thumpingly clear. Drinks are available at the bar until the early hours of the morning.
Read more 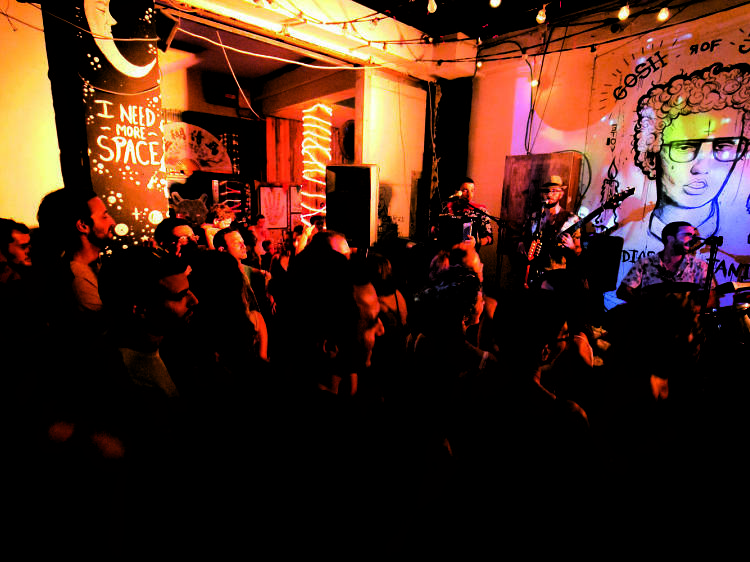 Set in south Tel Aviv where Allenby Street meets Yehuda Halevi, this new-ish hangout haven has a certain mysticism, charm and rapture to it. It’s a two-level bundle of pure joy with a subterranean courtyard and staircase, a tiny misshapen dance floor and spirited ambience. It even has a vintage clothing store hidden within its labyrinth of rooms. Say the magic words, “Kuli Alma,” to any local and you’ll immediately make it into the cool books of Tel Aviv.
Read more
Advertising 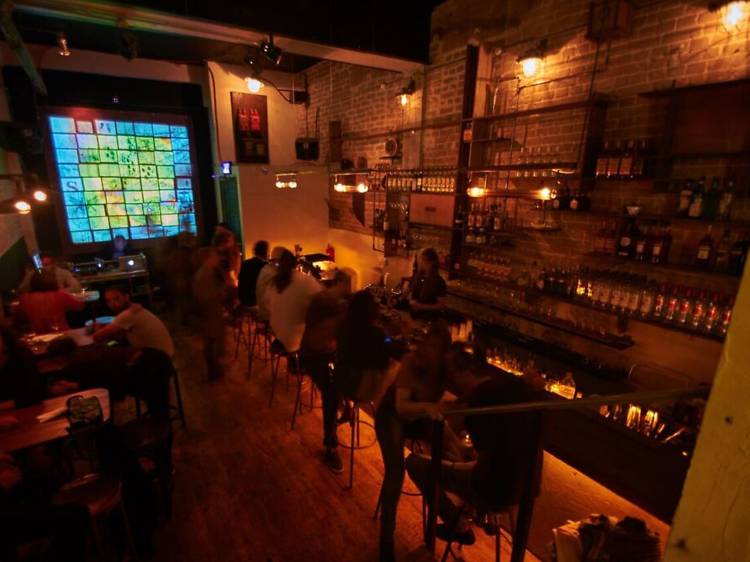 Nightlife lovers have no fear, Sputnik is here! With multiple rooms and a massive outdoor garden, there is a cozy spot for everyone to have a drink or get wild on the dance floor. Those looking for strong drinks, loud music, and a party till the sun comes up have found their home.
Read more 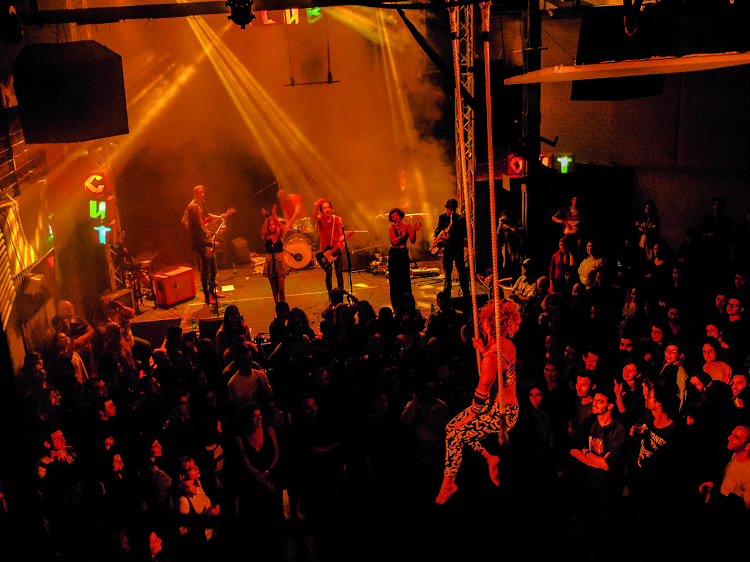 From dark 1980s body painting parties, to rock ‘n’ roll circus nights, this freak-friendly club destination is a circus in the day and a party at night. This is also your only chance to visit Tel Aviv’s first independent performing arts center. You never know, you might need to enlist a lion tamer to keep you calm through the night’s thrilling events.
Read more
Advertising 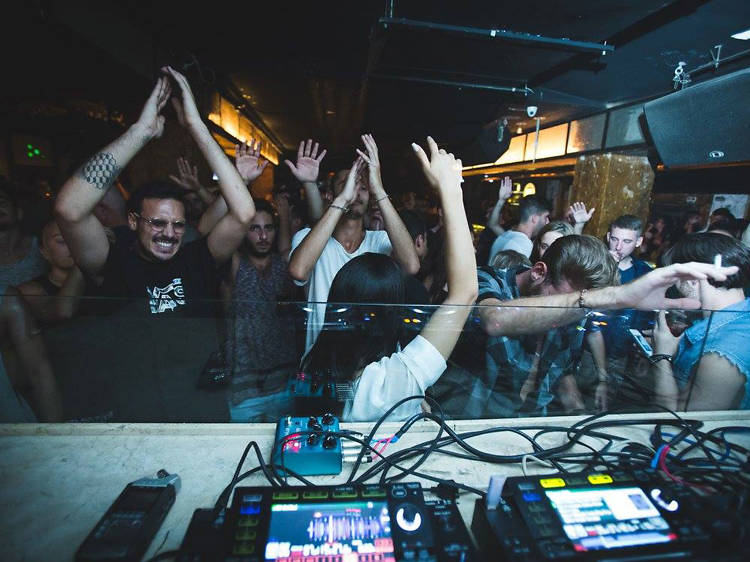 What used to be the old Maxim Theater has now been transformed into a colorful underground club with a modest yet vibrant atmosphere. The club is known to attract a range of party-goers: from the extreme neon makeup-wearing clubbers, to curious out-of-towners. You can count on cutting edge music that sweeps across the musical room of deep house, progressive trance and techno.
Read more 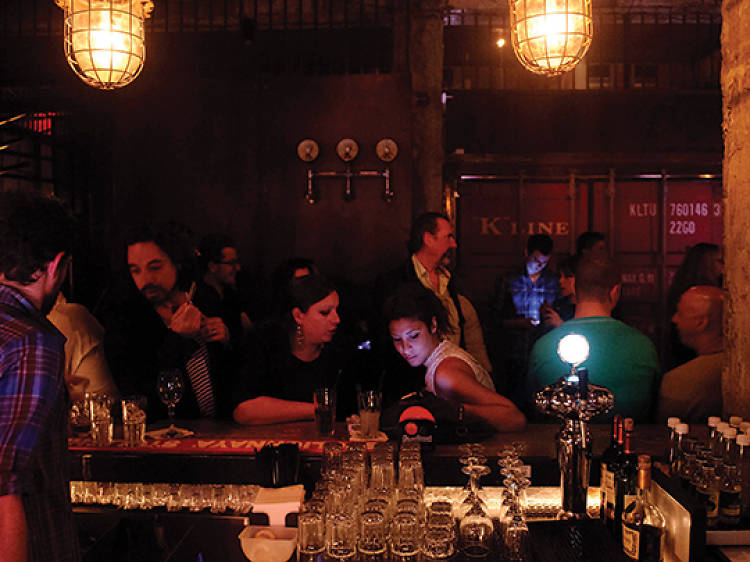 Jimmy Who is split up into three different spaces, each with its own unique personality: a trendy bar, a pick-up bar (getting busier later in the night) and a private VIP bar in back. Get those heels on, cologne sprayed and wallet stashed because live DJs play electric beats while up-and-coming artists fill their walls.
Read more
See more clubs in Tel Aviv
Show more
Recommended