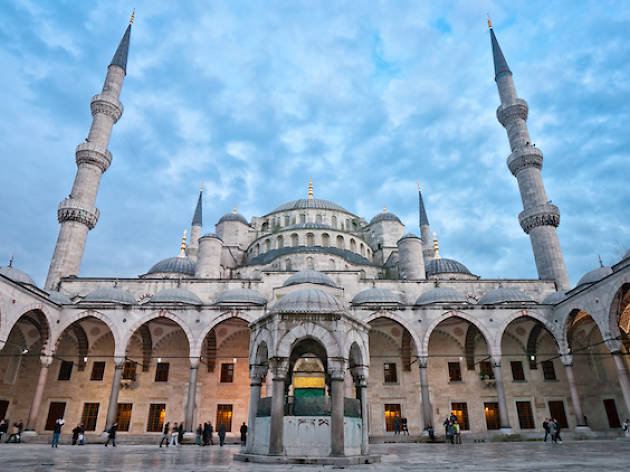 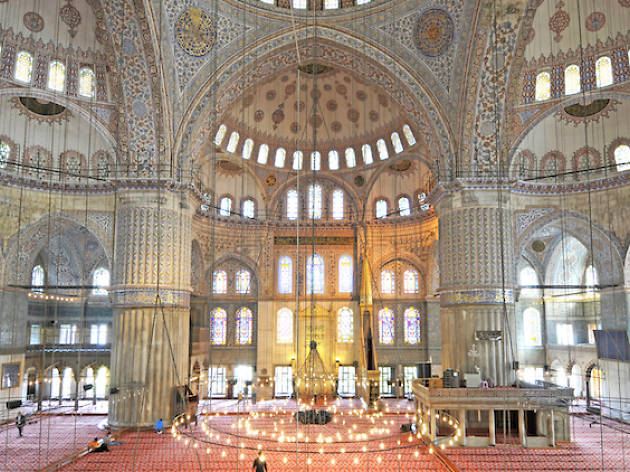 The Sultanahmet Mosque, better known as the Blue Mosque due to the prominent color of its majestic interior, was built in the early 17th century during the reign of Ahmed I and is among the city's most famous landmarks. Situated opposite the Hagia Sophia, the Blue Mosque is still a functional mosque and visiting is forbidden during prayer times.