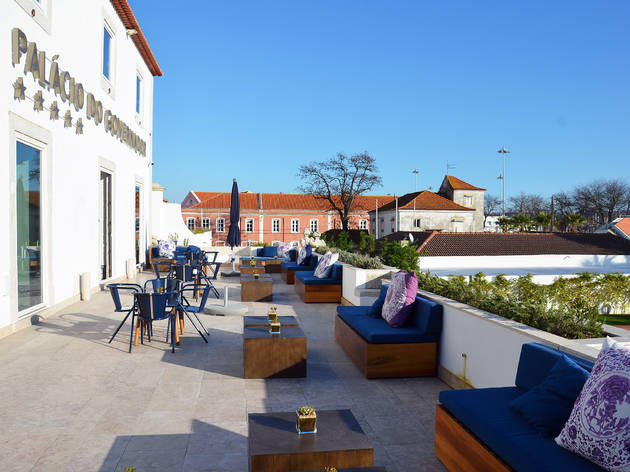 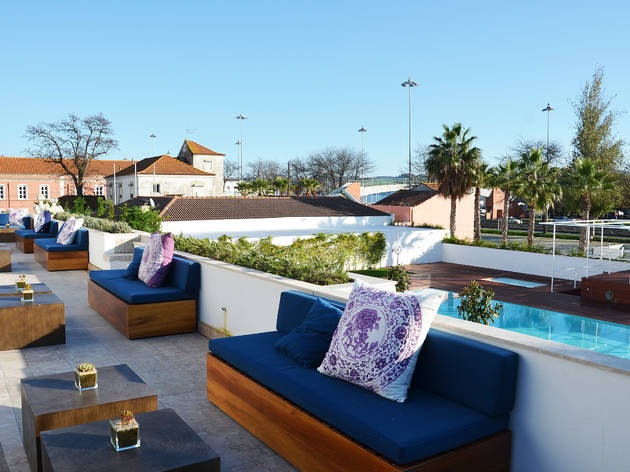 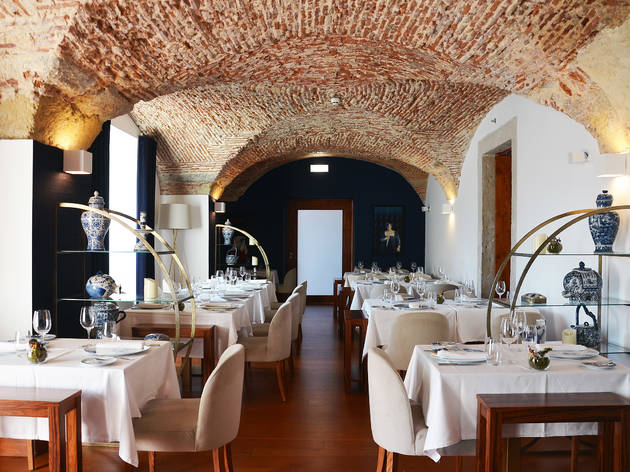 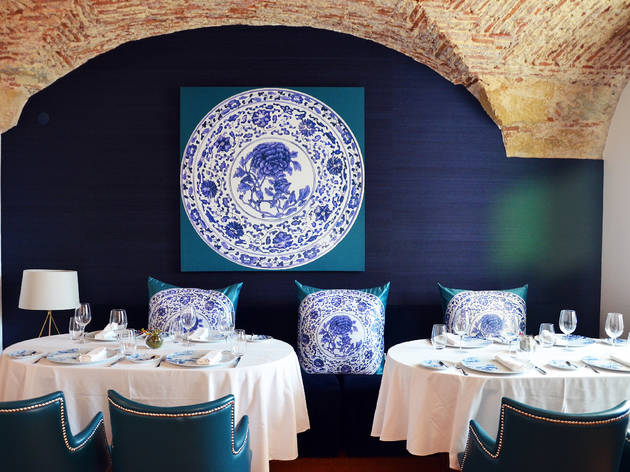 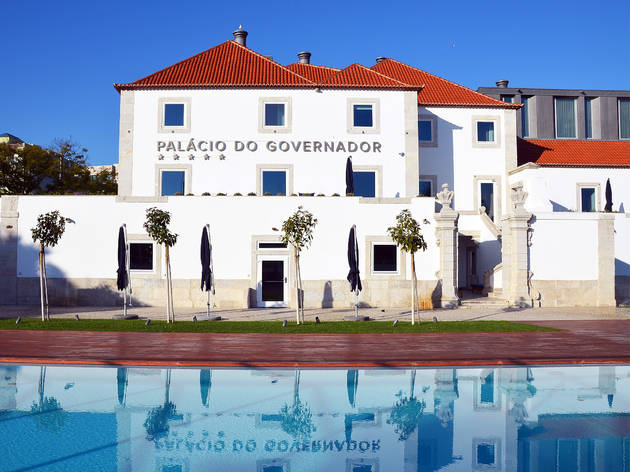 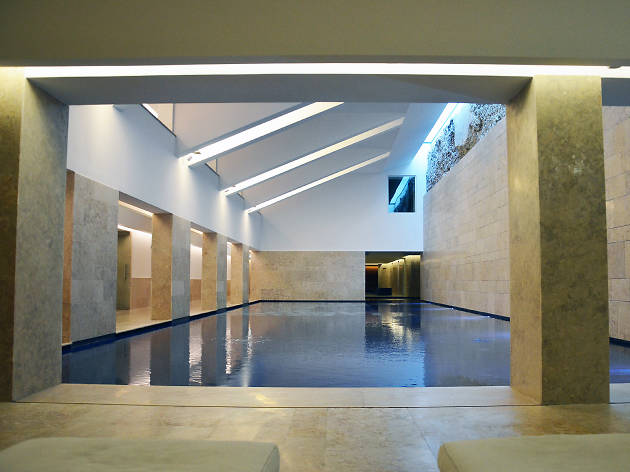 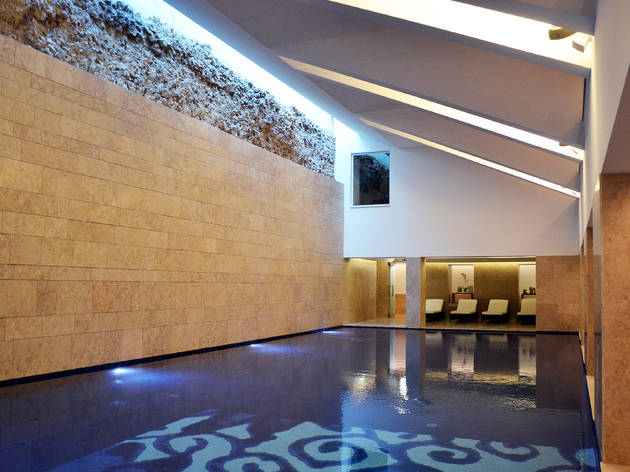 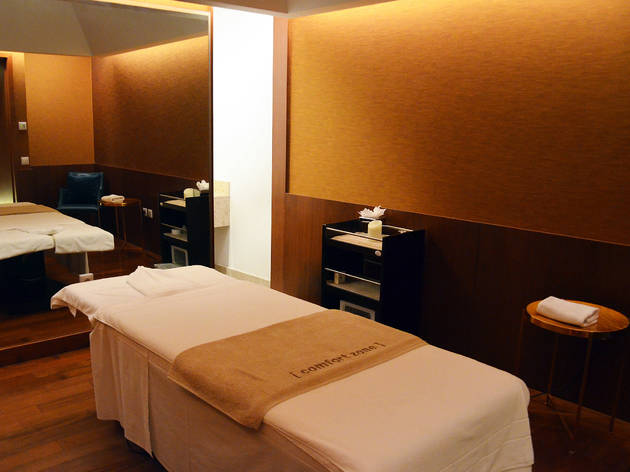 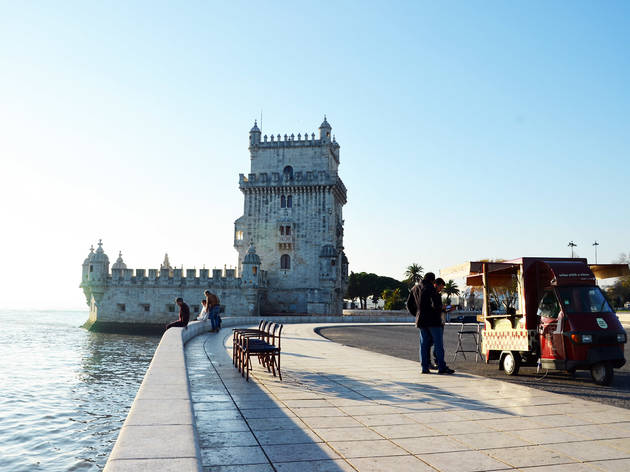 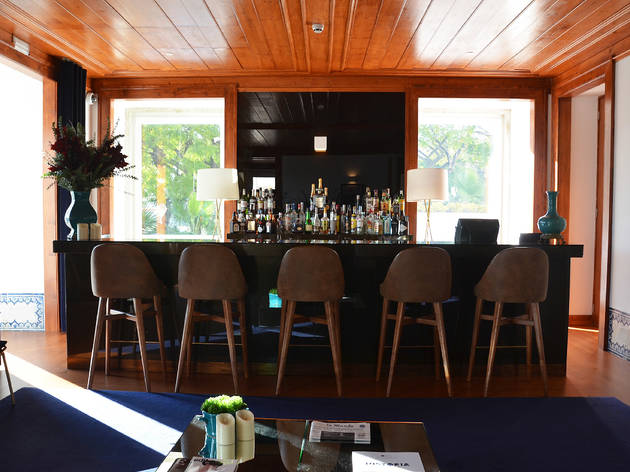 The residence of the first governor of the Belém Tower, Gaspar de Paiva, in the sixteenth century now houses one of Lisbon’s most luxurious hotels.

The five star Palácio do Governador (‘Governor’s Palace’) in Belém has an Age of Discoveries theme devised by designer Nini Andrade Silva, who was inspired by the building’s former glory. For an added hit of history, the structure also sits on top of Roman ruins thought to date back as far as the first century. You can catch a glimpse of these through exposed panels at the hotel entrance. Inside, the architectural details of the original palace have been maintained wherever possible. The front desk, for example, which used to be a chapel, still has original masonry ceilings and azulejo tiled wainscots, and the hall ceilings show off old painted woodwork. The patio then has traces of a factory, and some of the 60 rooms have beautiful arched brick ceilings. The rooms have a colour scheme of deep blue and orange, and are decorated with heavy floral- print rugs and timber finishes. Some of the suites are wrapped in traditional blue and white azulejo tiles, and patterned cushion covers paying homage to the seafarers of old and their voyages to India. All rooms have a Nespresso coffee machine and delicately scented Molton Brown toiletries. The terrace by the outdoor pool is a top spot to sip a cocktail while overlooking the river. A second pool indoors then stretches 25 metres alongside the SPA Felicitás. Unwind here with a salt massage or signature Governor’s Massage, which is designed to whisk away your stress and fatigue. The blue and white Restaurant Ânfora serves traditional Portuguese under a striking brick domed ceiling, and after dinner you can trundle over to the Occasus Bar for a view of the Belém Tower. With a clever fusion of old and new, the Palácio do Governador is an exemplar of Lisbon’s old world-cum- cosmopolitan character.

The hotel is located outside Lisbon’s city centre in Belém, a fabulous spot to explore, packing a high concentration of attractions into a small space. This includes the Belém Tower, Monument to the Discoveries, Berardo Contemporary Art Museum, Jerónimos Monastery and the super-groovy MAAT museum. You can easily reach Belém from central Lisbon via bus, train or tram.

Torre de Belém: The Belém Tower is a must-see for its historical relevance and incredible Manueline-style architecture. Whether you want to spend an hour in a queue to get inside is another matter, but at least have a gander from the outside.

Museu Coleção Berardo: One of Lisbon’s coolest contemporary art spaces is just down the street from the hotel. Admission is free on Saturdays.

Mosteiro dos Jerónimos: This monastery is another prime example of Manueline-style architecture and stands conspicuously in the centre of Belém.

Good for: Luxury travellers looking for river-frontage with style and history lovers wanting to be close to the heart of Portugal’s Age of Discovery will feel at home here.

Time Out tip: Hidden in the backstreets of Belém is Pastelaria Restelo, where you can find the ‘O Careca’ croissant – a moist buttery creation covered in crunchy crystalized sugar. It’s heart-stoppingly amazing.