A massive four-month season of 200 films shot in London over the past 120 years is underway over at the BFI on the South Bank. The season is split into three sections, ‘The Changing Face of London’, ‘Londoners’ and ‘The City Reimagined’, with weekenders devoted to Soho, the East End and the South Bank. To celebrate we ask six actors and directors to recommend a London movie to watch now. 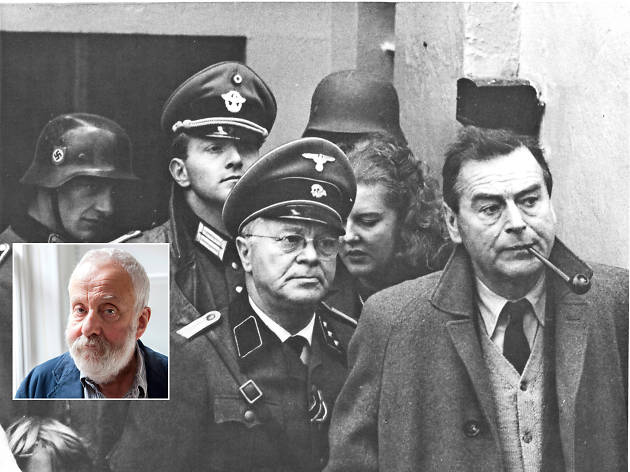 ‘When I was an art student in Camberwell in the mid-1960s, every Monday morning somebody would say, “Oh I was acting in this film at the weekend. Some guys are making a film about the Nazis occupying London.” The filmmakers were corralling people into putting on Nazi uniforms. Eventually, I saw it in 1964 at the London Film Festival, and it was such an inspiration – it showed you could make a film on a very low budget. It’s full of humanity. Also, unlike other things happening at that time that were rule-breaking, it didn’t have “avant-garde” written all over it. It was a film about real things. That, of course, struck deep with me. Also, as a “London” film, it uses the post war landscape and iconic places we know. So it captures the spirit of London in some way.’ 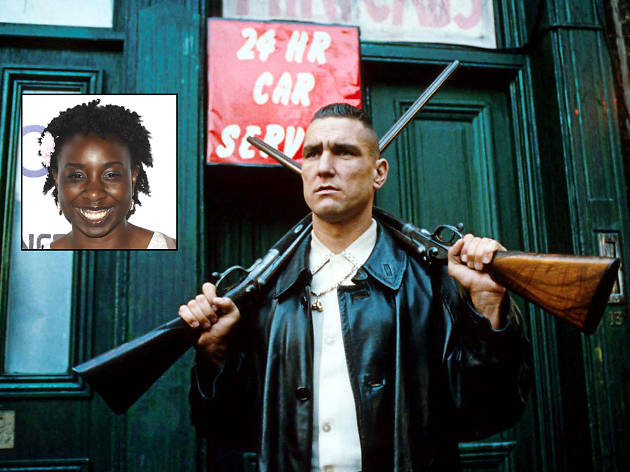 Four East End lads are desperate to get sumfin’ for nuffin’ in Guy Ritchie’s debut.

‘I grew up in New Cross, and “Lock, Stock” is south-east London humour. I don’t care where Guy Ritchie’s from, as long as it feels authentic. And it does. People got on him, calling him a mockney: “Ain’t he a bit of a rich boy?” We get into a dangerous place if we start saying certain people can’t tell certain stories. I don’t care if Guy Ritchie is directing “Lock Stock” as long as I can direct “Downton”. I watched the behind-the-scenes featurette on the DVD. Nobody was telling them what to do – the budget was so small. With my film “Gone Too Far” I didn’t want to compromise either. Your first feature is your voice. Later, you can be doing “Fast & Furious 11” and getting your pay cheque.’ 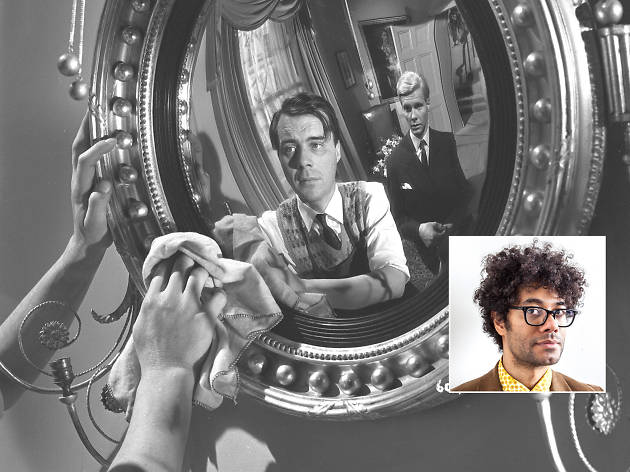 Dirk Bogarde is a butler hired by James Fox, but the boot is soon on the other foot, as servant becomes master.

‘My favourite London film is a tie between “The Servant” and “Performance”. Maybe I like “The Servant” more – it’s funnier. It’s one of the most perfect scripts Harold Pinter wrote. And it’s one of those films where you can’t quite believe how good it is. There’s an instant sense of menace from the first scene, when Dirk Bogarde arrives at the house to be James Fox’s manservant. The film is set in London at the start of The Beatles and pop. Things were changing and we weren’t going to have the old guard any more. I don’t think it’s dated at all; the concerns are still relevant, inequalities of wealth and status. But it’s not just about class, it’s also about what your persona is.’

Richard Ayoade directed ‘Submarine’ and ‘The Double’. His book ‘Ayoade on Ayoade: A Cinematic Odyssey’ is out now. 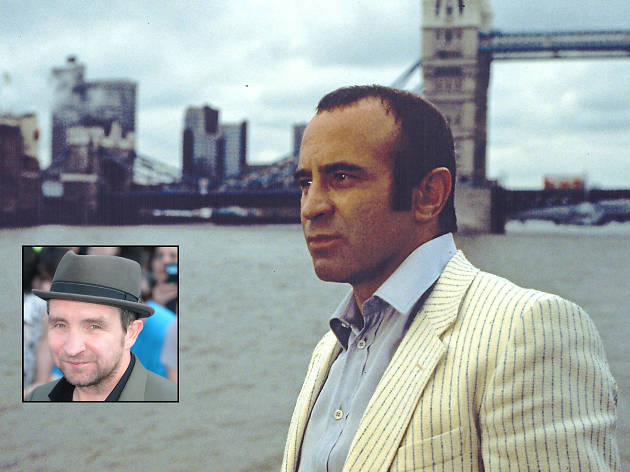 Bob Hoskins is the gutter-mouthed crime boss at the centre of this classic London gangster flick.

‘I love it for Bob Hoskins’s performance. His character is the epitome of the Thatcherite dream: a morally corrupt, self-made man about to cash in on the development of London. The film is about the brutality of this character and his downfall, like all good gangster films should be. But it also captured London on the cusp – before it was gentrified, before it became the London we know today. I’m not saying I preferred it then, but that was the London I knew. I remember seeing the poster and thinking: God, that guy looks like my dad! They both liked a bit of a fight.’ 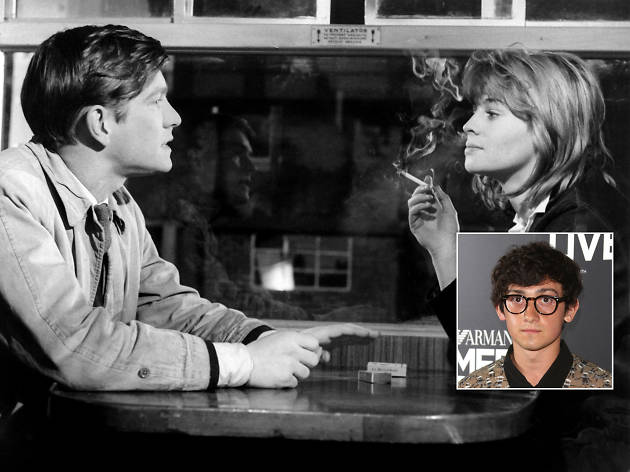 Tom Courtenay is the undertaker who dreams of escaping to London, but can never quite pluck up the courage. Warning, contains spoilers!

‘This is a London film where no one goes to London, but they aspire to go to London. Is that okay? For me, it’s one of the best coming-of-age movies of all time. It’s about this kid, Billy, played by Tom Courtenay, from a very working-class family, who has this amazing imagination. He wants to write gags for this comedian in London and he fantasises about London – it’s his way of escaping the town he’s in. Some people hate the ending because Billy doesn’t get on the train. I would like to see him go to London, get the train with this attractive woman and have a bloody good time. But at the same time I respect why he doesn’t go. And I like sour endings. I recently did my directorial debut, which has got a similar story to ‘Billy Liar’, so it was a huge inspiration to me. Did I get on the train? Yes, I live in Crouch End. It’s full of actors!’

Craig Roberts is best known for playing cocky teenager Oliver in ‘Submarine’. His directing debut ‘Just Jim’ is out in September. 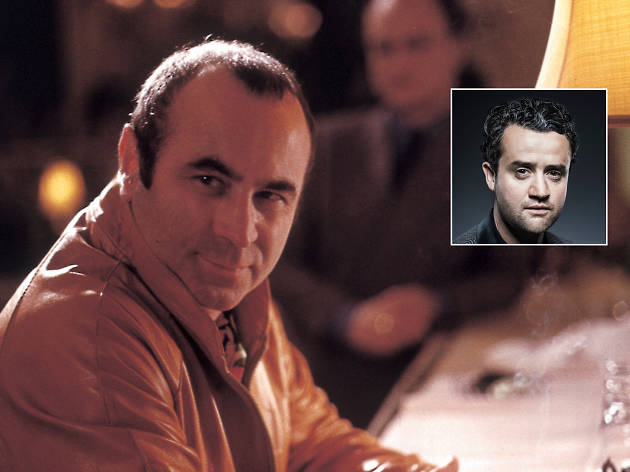 Bob Hoskins gives the performance of his life as a minor-league villain hired to chauffeur a prostitute.

‘I was getting more and more interested in acting and considering it as a profession when I stumbled across “Mona Lisa”. At that point you gravitate to performances you connect with, and that was it really. Bob Hoskins gives such a visceral performance. Here he’s the driver of a prostitute played by Cathy Tyson – an Everyman really. That was the power of Bob as an actor; he was able to infuse his performances with such emotional range. He gave a voice to those ordinary decent men who you'd walk past in the street without noticing. And “Mona Lisa” really delved into the underbelly of Soho, warts and all. It lifted the lid on this seedy world: the streets of Soho, the grime, prostitutes and pimps. For me, in terms of how realistic and brutal it is, it’s right up there with “Taxi Driver”.’

Daniel Mays is playing a wheeler-dealer football manager in Patrick Marber’s ‘The Red Lion’ at the Dorfman theatre until September 30.

Read more on the BFI Southbank 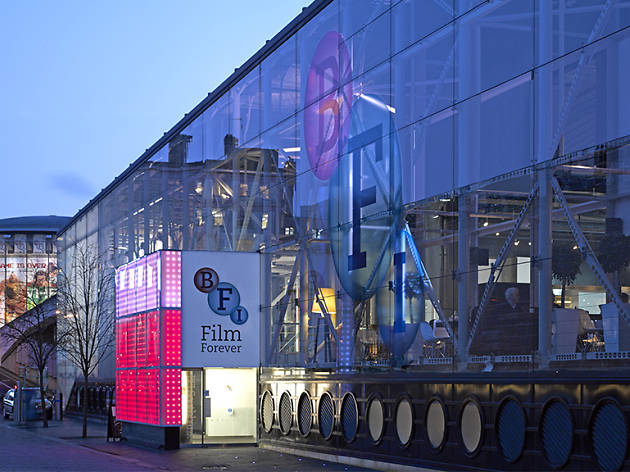 Formerly the National Film Theatre, this much-loved four-screen venue on the South Bank in Waterloo became the BFI Southbank in 2007. For film lovers who know their Kubrick from their Kurosawa, this is London's best cinema. 'London on Film' runs here until October 9.